Photos: Life as a heli-skiing guide in the Skeena Range

“It’s too white. I can’t land,” pilot Craig Roy’s voice crackles over the radio as he inches the B2 helicopter toward a snow-plastered ridge in the Skeena Range of northern British Columbia.

A blizzard of rotor wash obliterates any vision, and without rocks or trees for reference, the machine could be slipping in any direction and he’d never know. Peeling away, Roy banks hard and tries another approach. Winds buffet the helicopter, and as he nears the ridge, visibility is still completely obscured.

“Drop a nail,” the veteran pilot mutters as he fights to keep the machine steady. Roy has logged more than 10,000 hours, and flown with Skeena Heliskiing since its inception 14 years ago.

Sitting in the co-pilot seat, Giacum “Jake” Frei, head guide and founder of Skeena Heliskiing, pulls a rusty spike from his pocket, loops a tail of fluorescent flagging tape around it, then tosses it out the window. Roy circles back and this time, using only the nail for orientation in an otherwise complete whiteout, manages to touch one skid down, just long enough for Frei to hop out. Then the helicopter peels away.

Scrambling up the ridge, Frei guides the chopper toward a plateau near the summit of Mount Baldy. It lands so close to him that the front windshield touches his jacket. As the rotors whine to a halt, the pair begins lugging heavy batteries, solar panels and an antenna to the peak, where they erect a seasonal VHF radio repeater.

At their feet, a sea of snow-capped peaks spills to the horizons, ridges dotted with Engelmann spruce and subalpine fir. It’s a land vast enough to disappear into, and indeed this is where Gunanoot, the famed Gitxsan outlaw, evaded capture for 13 years during one of the longest manhunts in Canadian history. It’s also home to one of the world’s largest heli-skiing tenures. And in the days ahead, as Frei and his guides organize for their season, I tag along to glimpse just what’s entailed in preparing a 9,500-square kilometre roadless wilderness — an area nearly twice the size of Prince Edward Island — for operation. 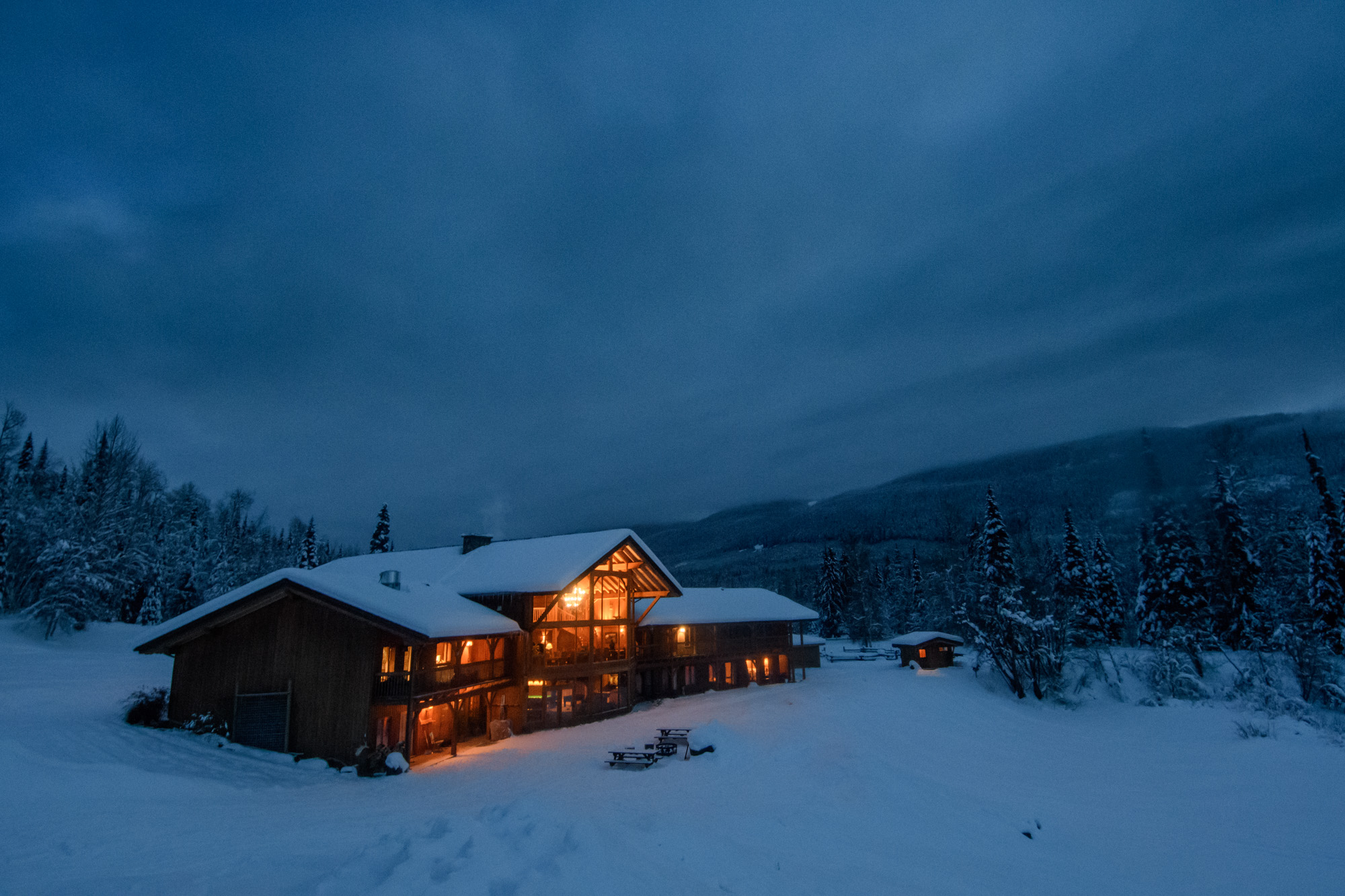 Bear Claw Lodge on the Kispiox River, base of operations for Skeena Heliskiing. 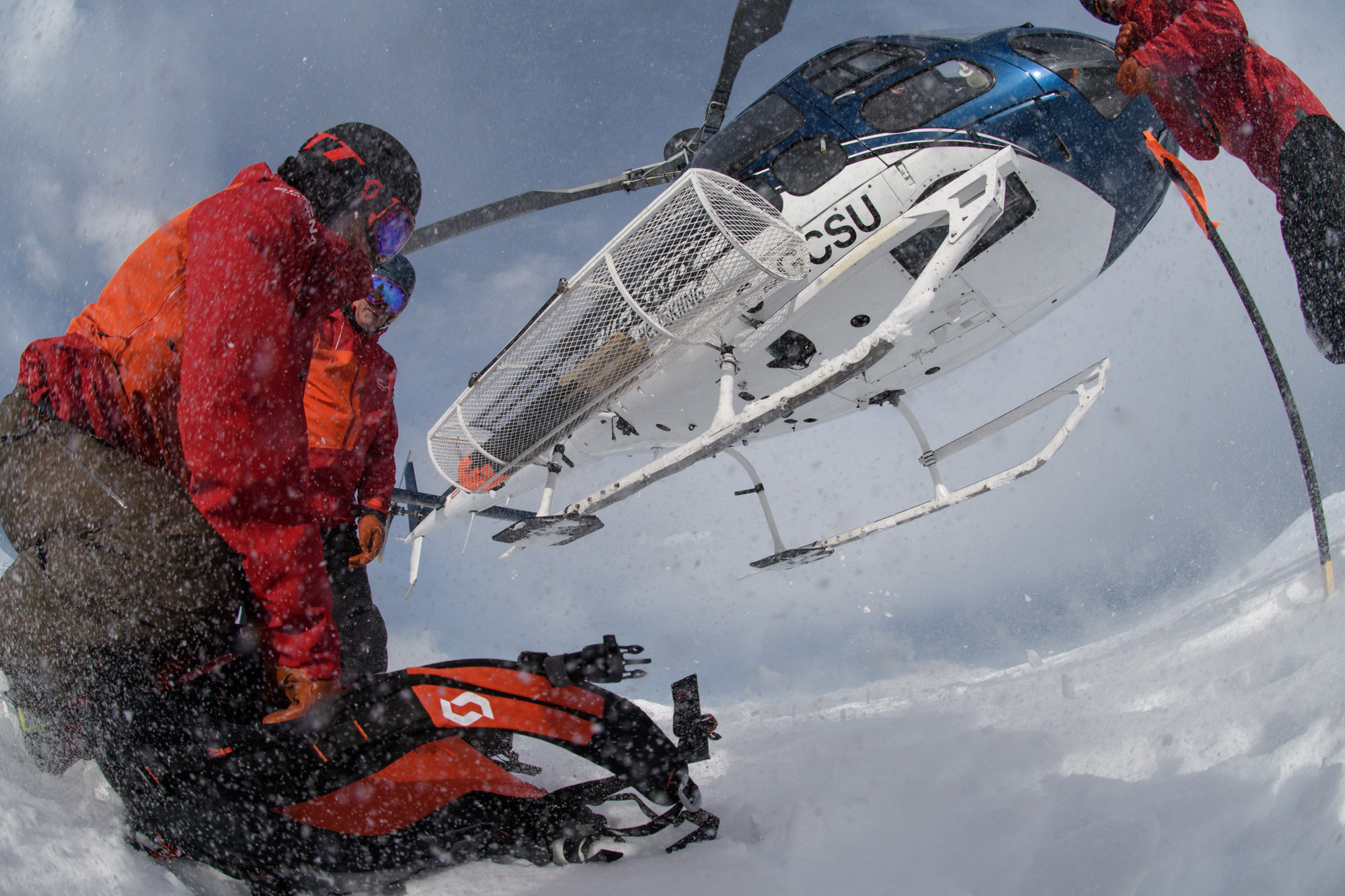 Each morning, the guides are shuttled by helicopter to the tops of Skeena’s runs, where their job is to dig landing zones flagged with wooden stakes to give the pilot a clear visual reference in poor conditions. 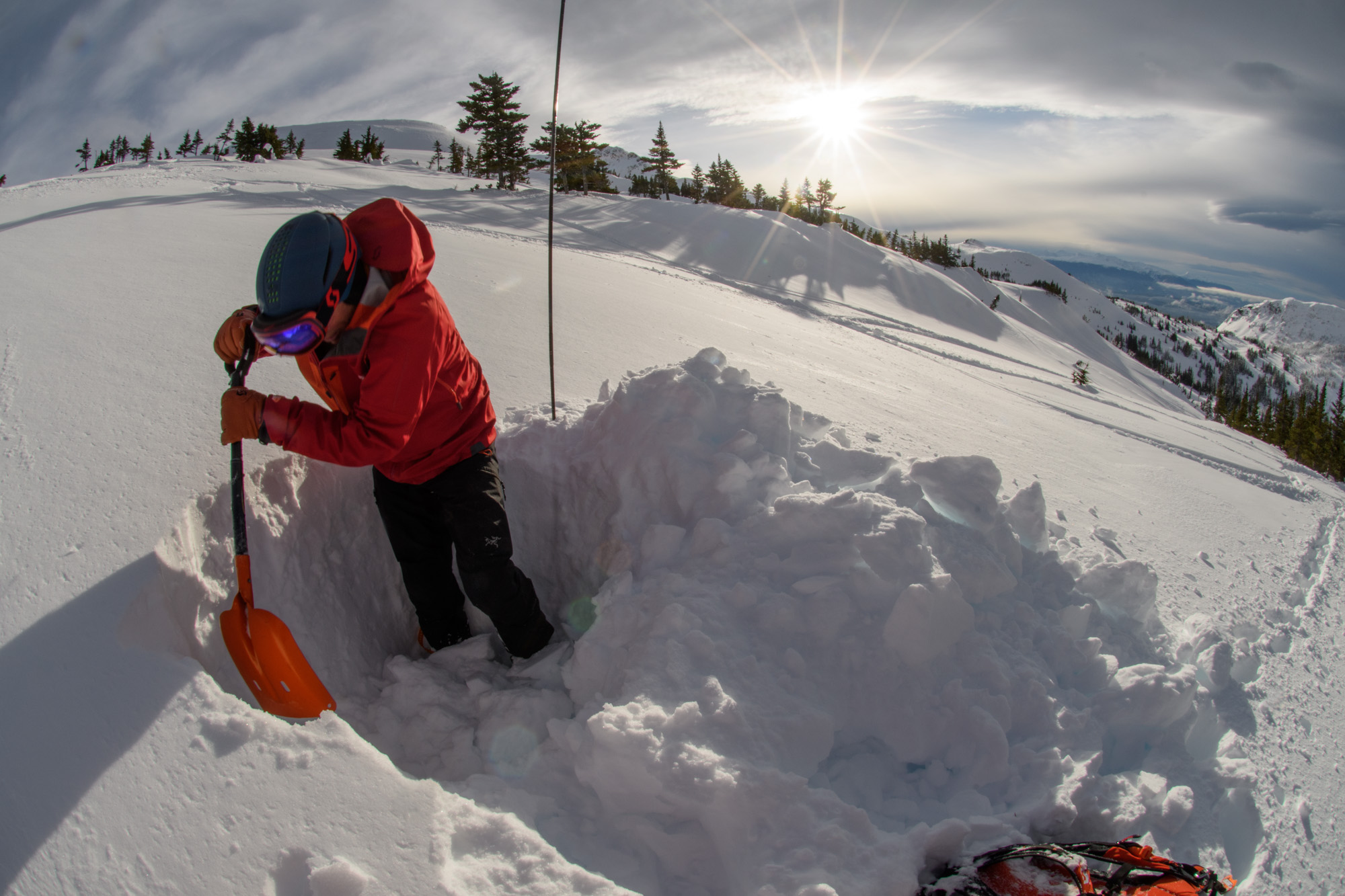 Guide Daryl Kincaid digs first the snow pit of the season. These pits help the guides develop snow profiles for each run — information they feed into a central database that helps Avalanche Canada forecast the risk of slides. 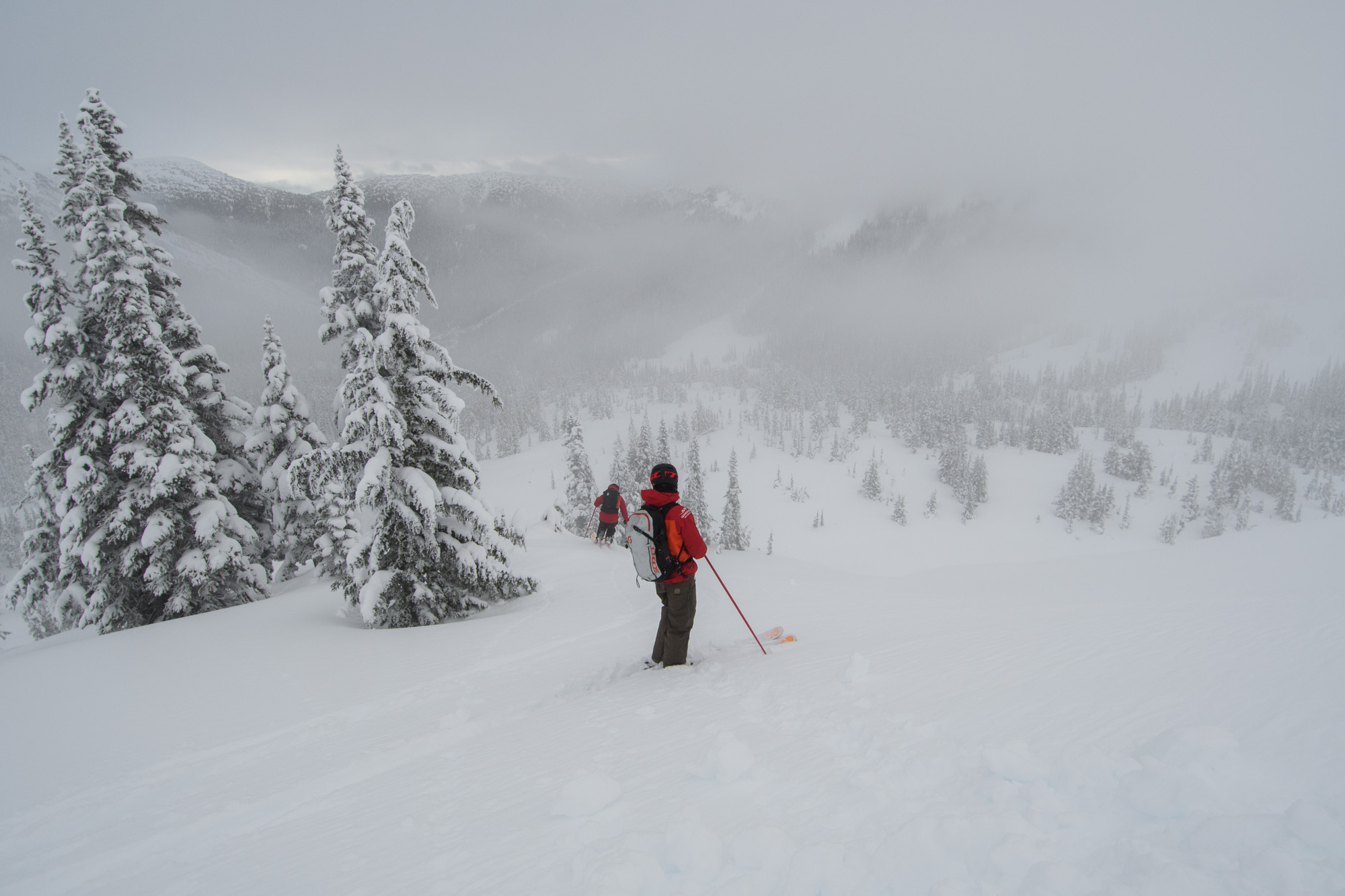 The guides ski through a remote valley in the Skeena tenure. By the time the first guests arrive at the lodge, the guides will have obtained a complete picture of the snowpack throughout the tenure. 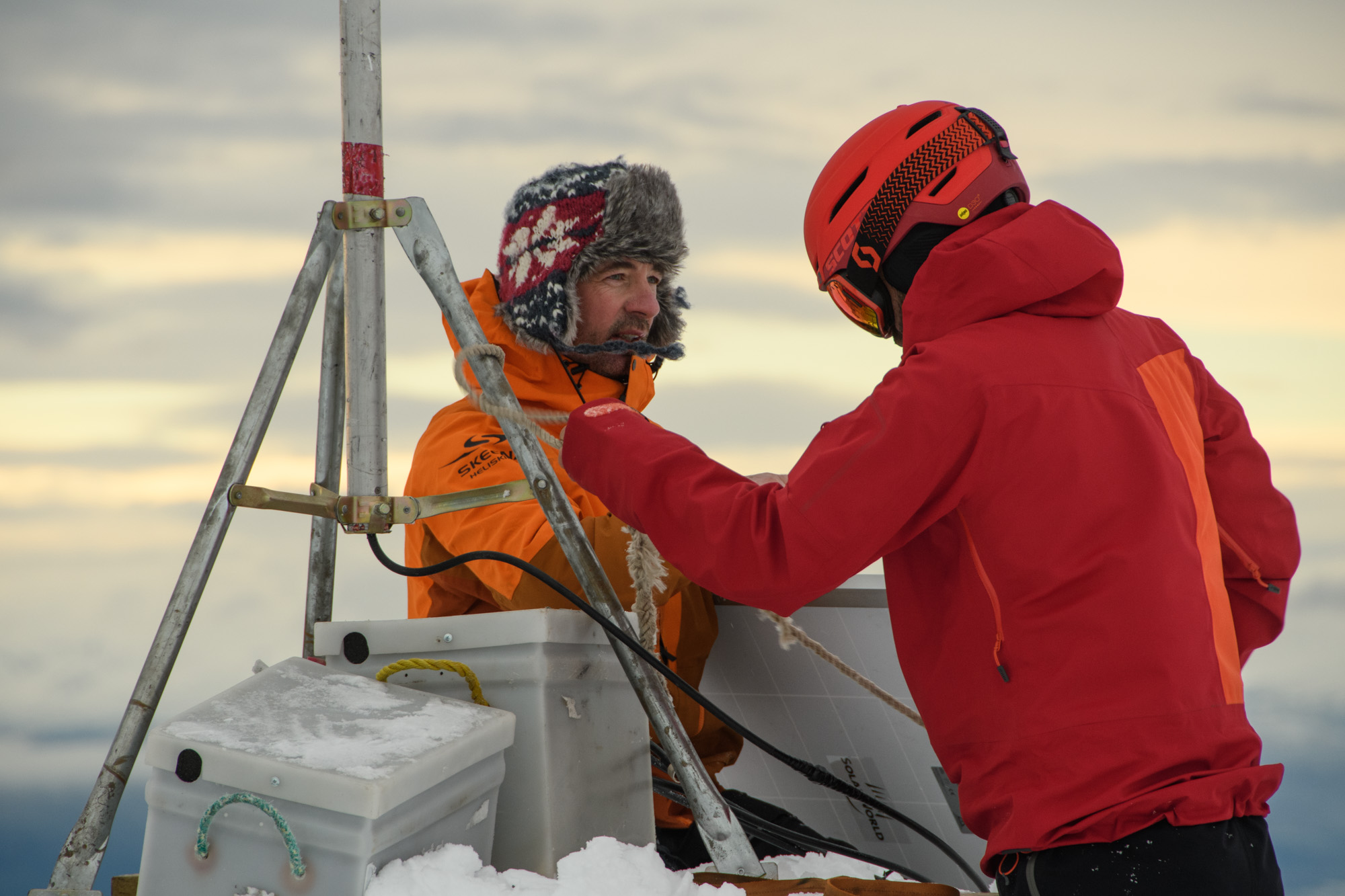 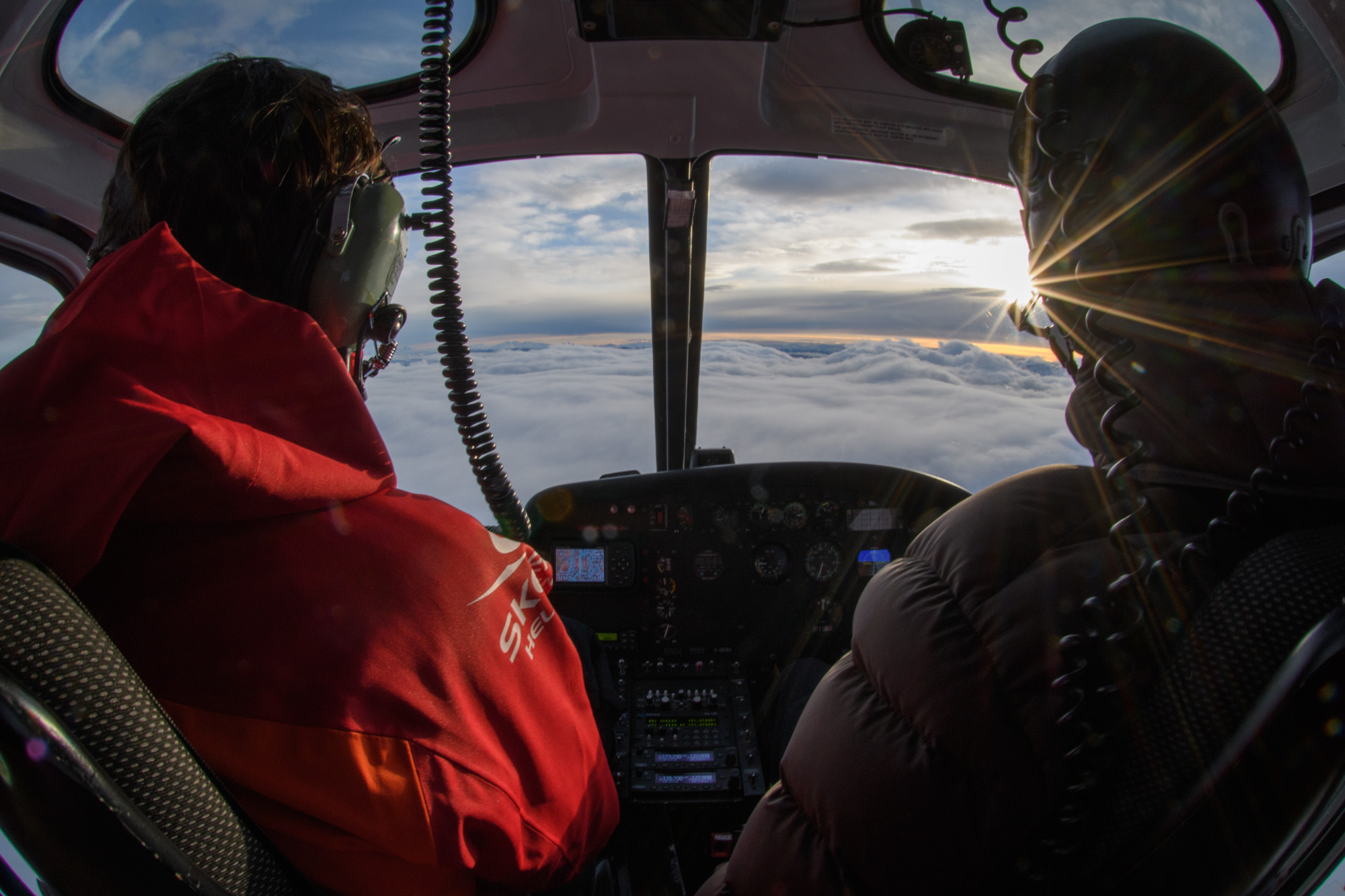 Roy and Frei return to home base after a day surveying the tenure. 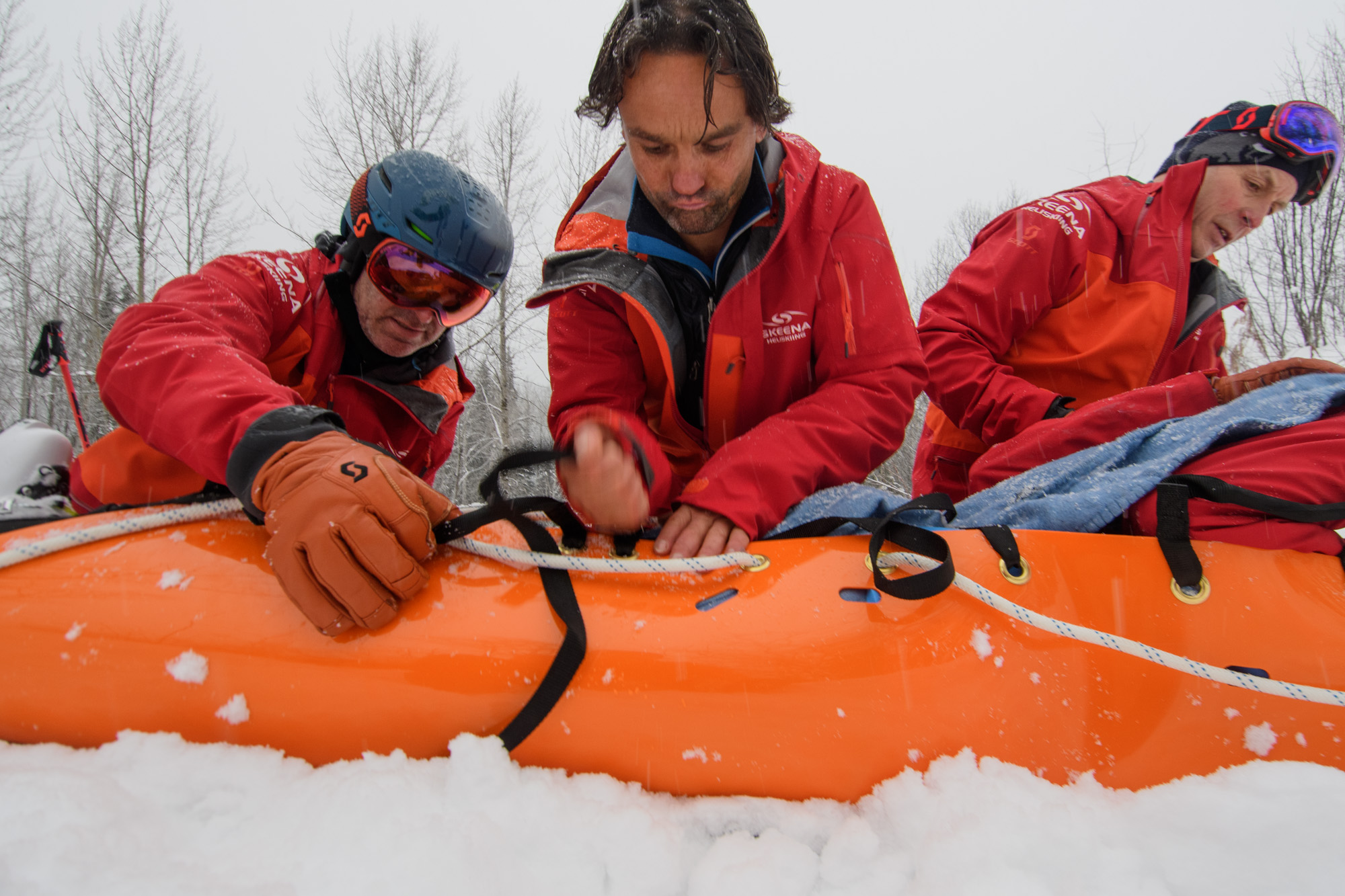 The guides practice a simulated injury evacuation. Heli-ski guides are required to possess the highest winter mountaineer qualifications along with paramedic first-aid training. The small team at Skeena boasts a combined century of experience. 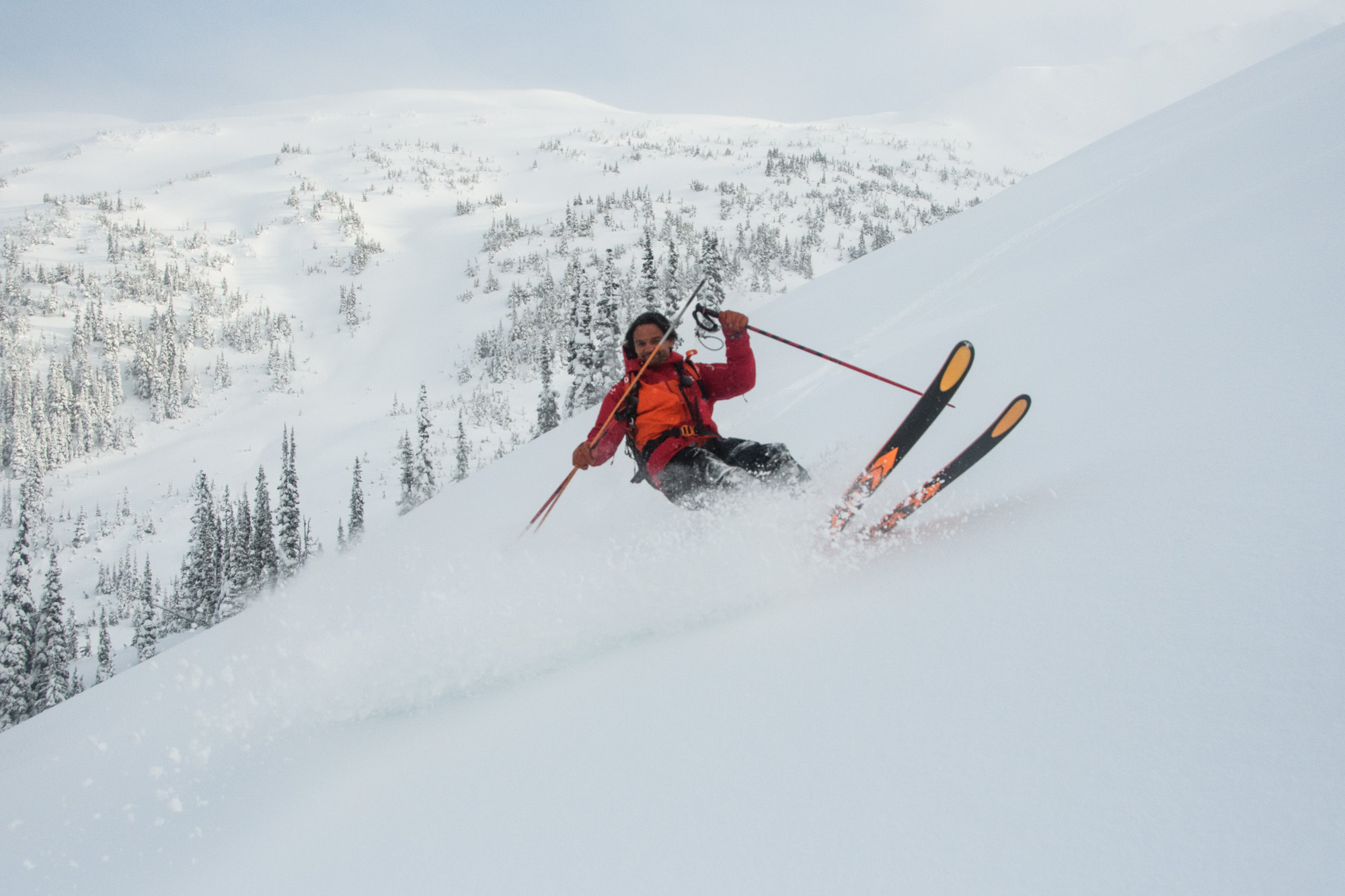 Guide Robert Reindl skis with probe in hand. Every day, the guides enter their observations about the snow conditions into a database called InfoEx. Used by ski industry professionals, national parks staff and B.C. Highways, InfoEx is a key source of data for Avalanche Canada. 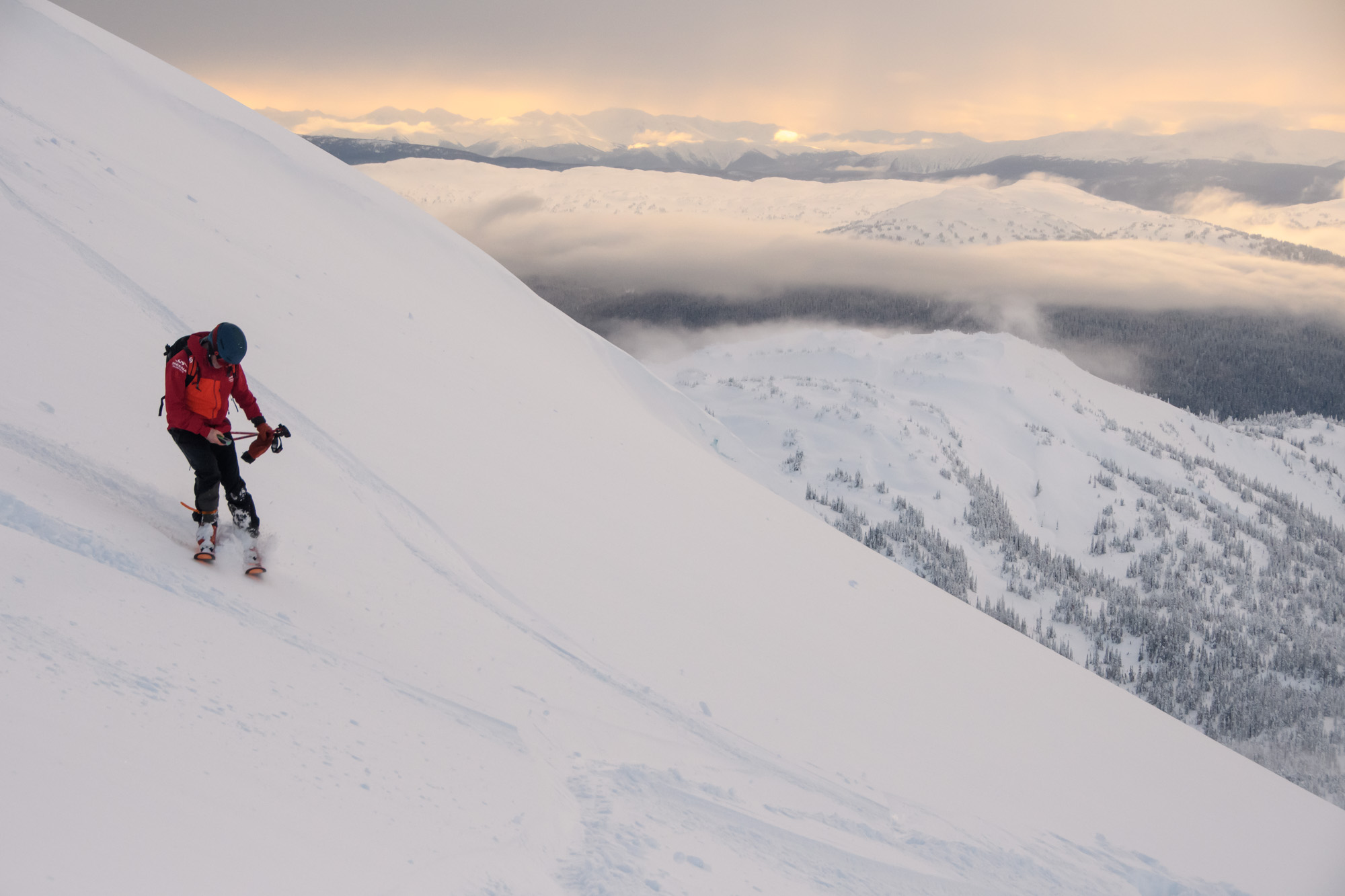 A guide practices a beacon search.

Related: Life in the park at the edge of the world