On the occasion of my second trip back to the Arctic this year I was focused on the new frontier of research in the North. At the heart of this narrative is Polar Knowledge Canada's Canadian High Arctic Research Station campus (CHARS) and its appreciation of Inuit knowledge. This collaboration could be key for research to find a novel dimension. Below is a photographic diary of my experiences.

Watch for more photography and news about the CHARS campus in the July/August 2017 issue of Canadian Geographic magazine. 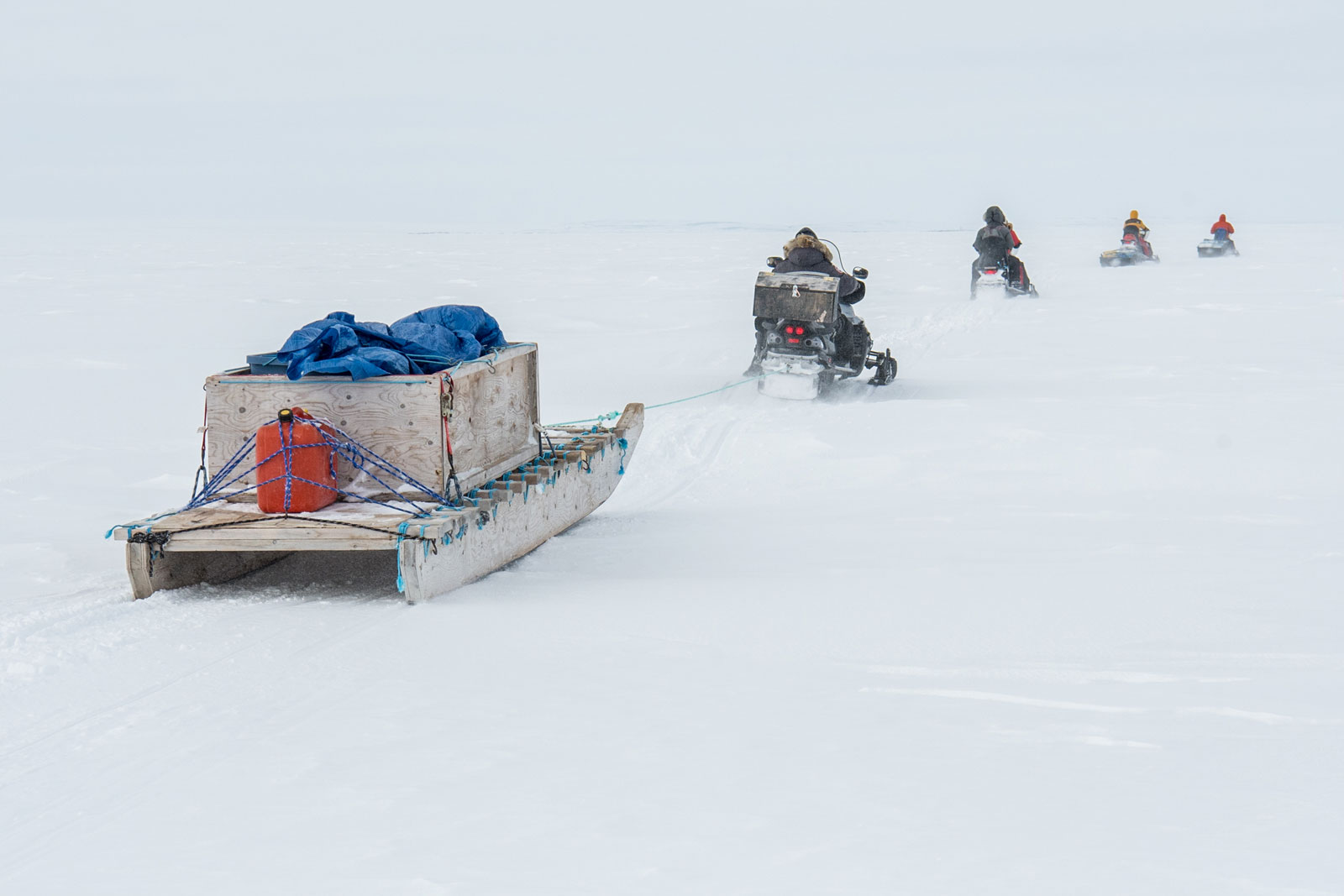 There is an added responsibility to be at the back of the line. As I made this photo I thought about how much preparation we needed to take before we headed south towards the frozen Northwest Passage. I was so grateful for James "Jimmy" Haniliak (at far left), a guide from Cambridge Bay, who accompanied researcher Dr. CJ Mundy and his team out on the land. (Photo: Neil Ever Osborne/Canadian Geographic) 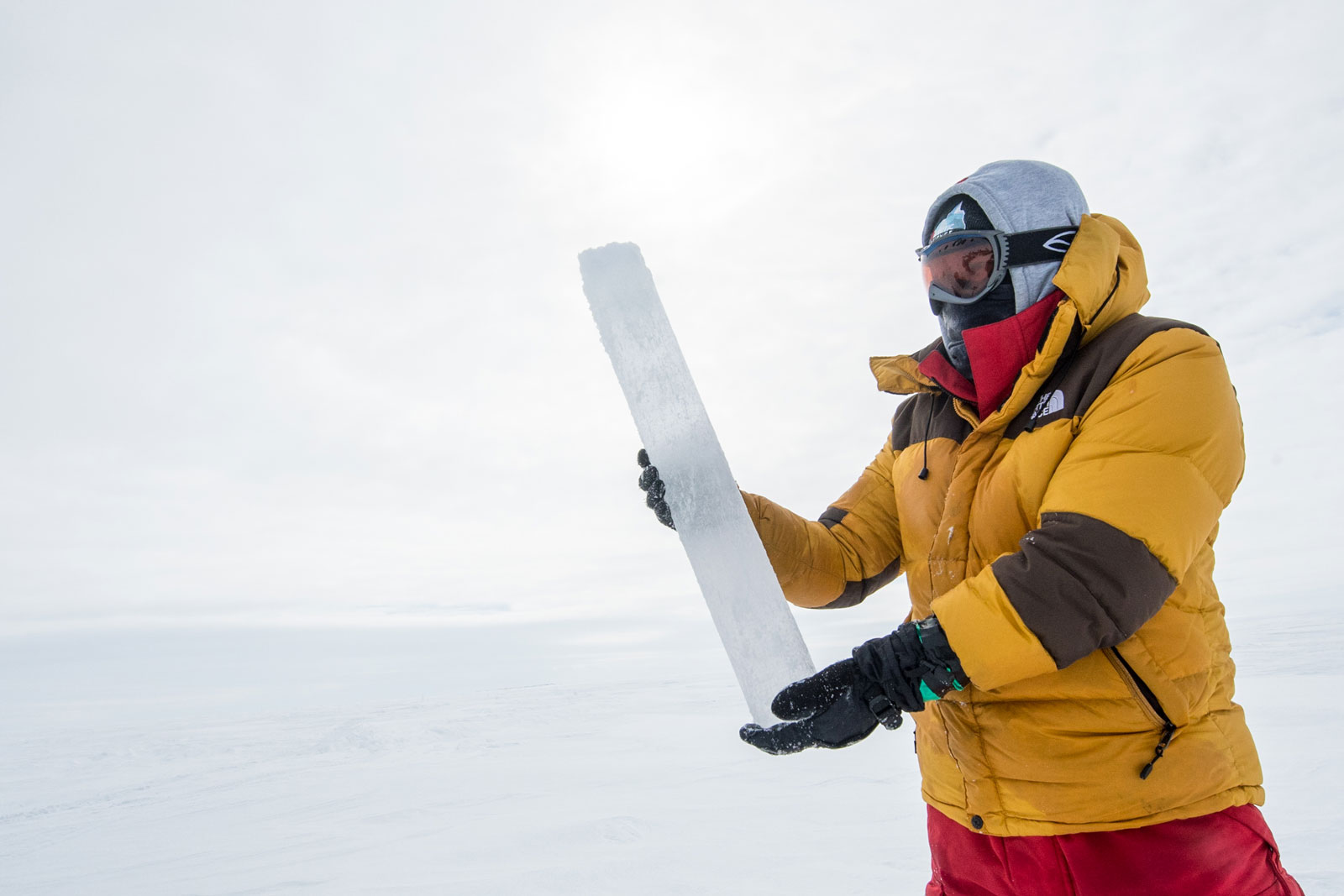 Dr. Sun-Yong Ha from the Korean Polar Research Institute (KOPRI) works with Dr. CJ Mundy and holds a core extracted from the ice on the Northwest Passage. As the scene unfolded in front of me I was drawn to the light that illuminated the core at certain angles. The idea behind this image was to draw a viewer’s attention using a particular angle of the light that shifted the texture as I moved around this subject. (Photo: Neil Ever Osborne/Canadian Geographic) 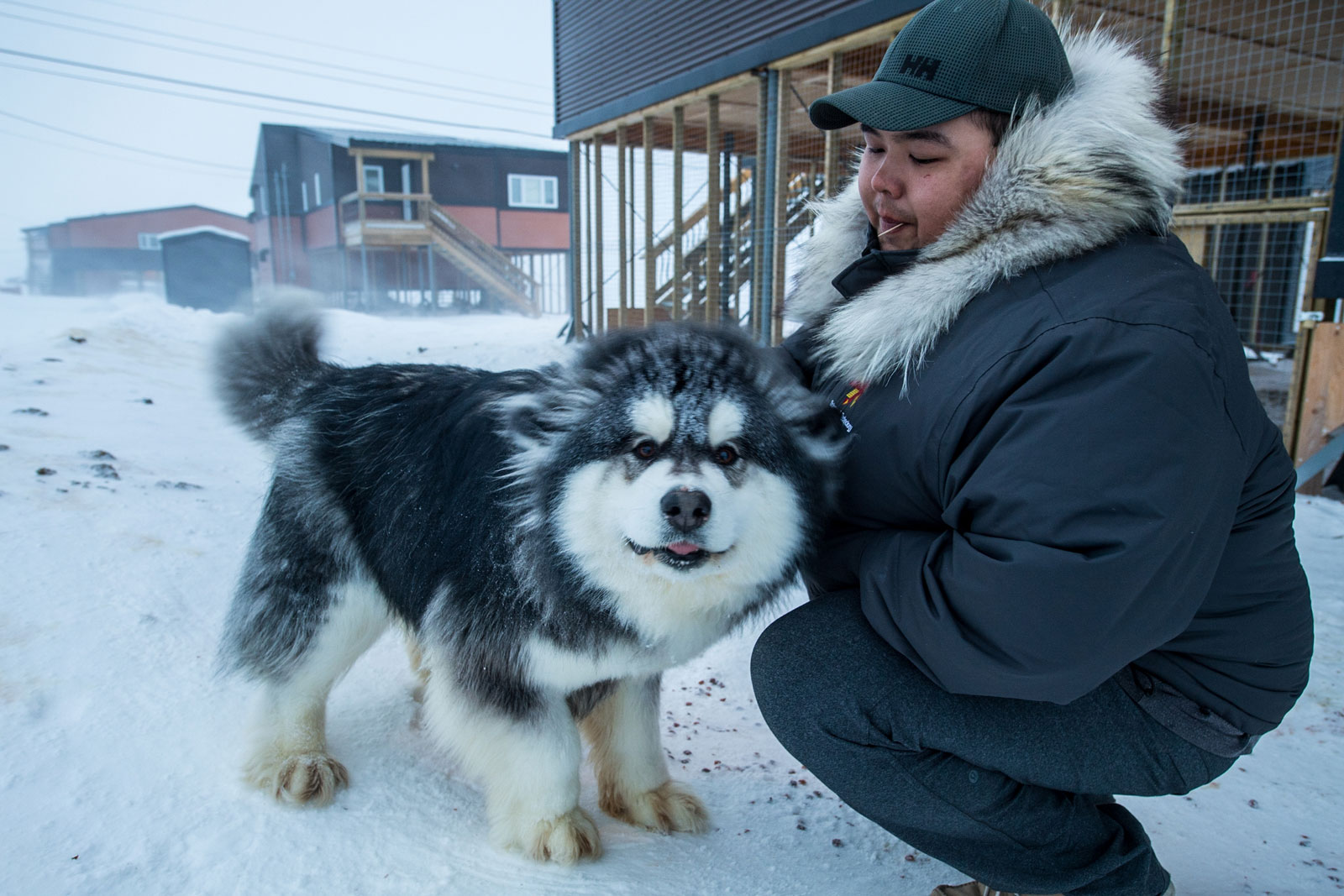 Kodah with his owner Angulalik (Angut) Pedersen in a CHARS building in Cambridge Bay, Nunavut. Angut was born in the North and has found an interesting role working for Polar Knowledge Canada. He believes Inuit knowledge is critical for the research to be successful. CHARS thinks so to and I was amazed to learn that there have been rooms built in the new facility that provide elders from the community with an opportunity to have their stories recorded. (Photo: Neil Ever Osborne/Canadian Geographic) 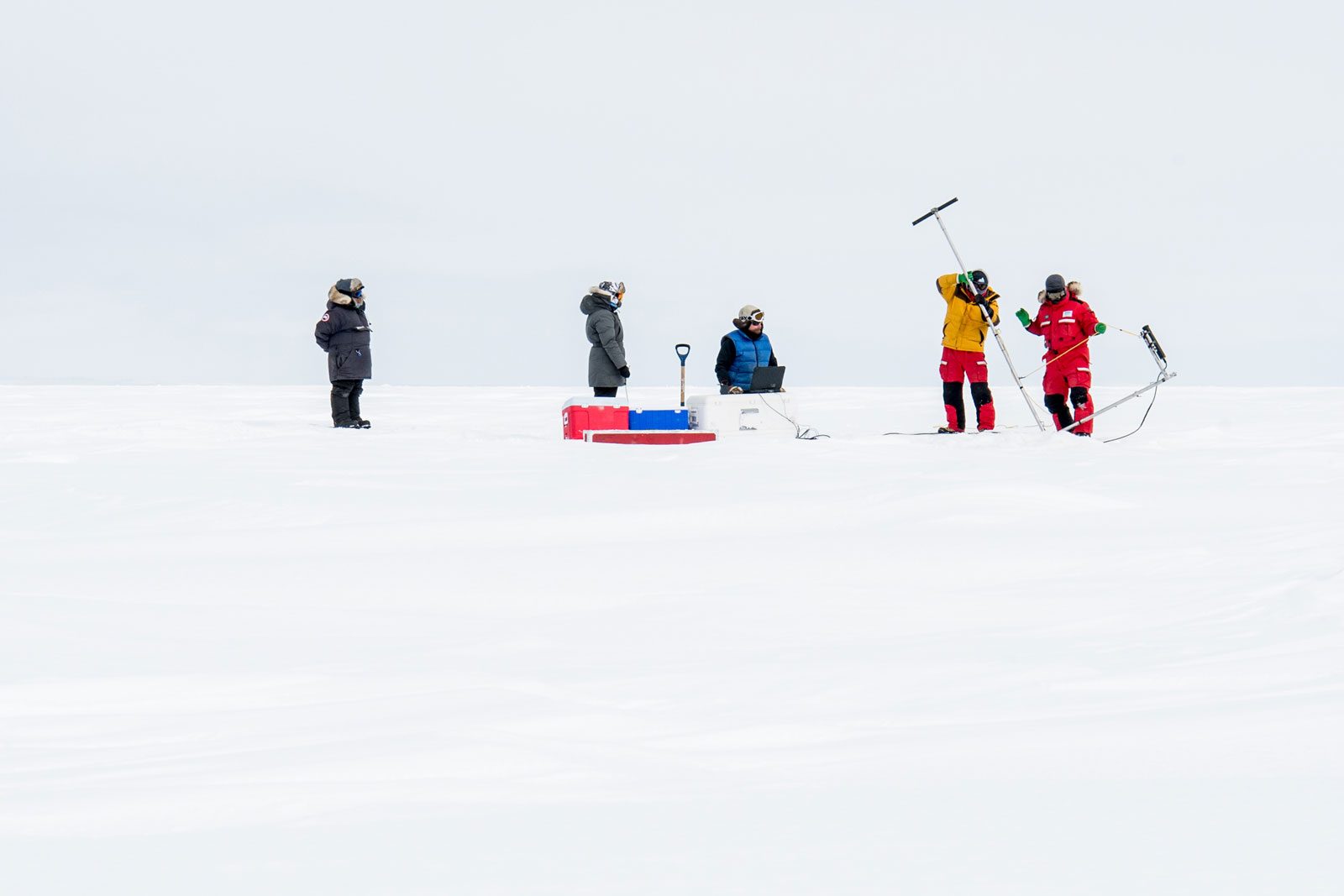 Dr. Sun-Yong Ha and PhD student at Pusan National University, Kwanwoo Kim (at far right), position the under-ice arm to make spectral light measurements above the ice. Arctic research can sound complicated at times and its just as arduous to do in extremely cold temperatures. The arm is lowered through the sea ice to make measurements of light reaching the ice algal layer. During this time of year, ice algae are both light and nutrient limited, dependent on the time of day. Light measurements such as these are critical to help improve our understanding of how these resources control algal growth. It’s amazing how much you can learn about the climate by looking at algal growth. (Photo: Neil Ever Osborne/Canadian Geographic) 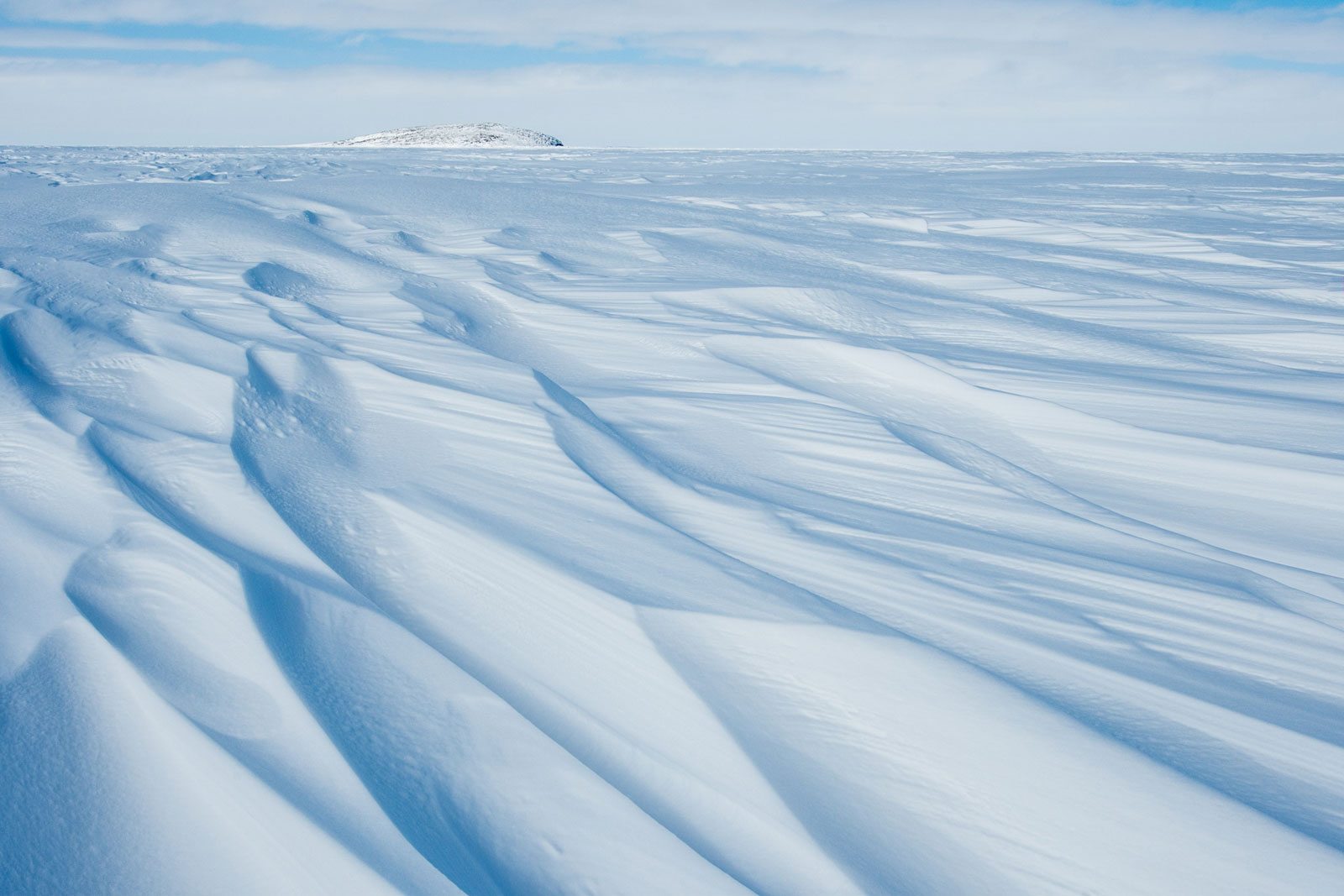 When I wasn’t photographing the research I found time to walk a short distance away from the research site. As I turned around, this scene reminded my how peaceful and tranquil the Canadian Arctic can be. (Photo: Neil Ever Osborne/Canadian Geographic) 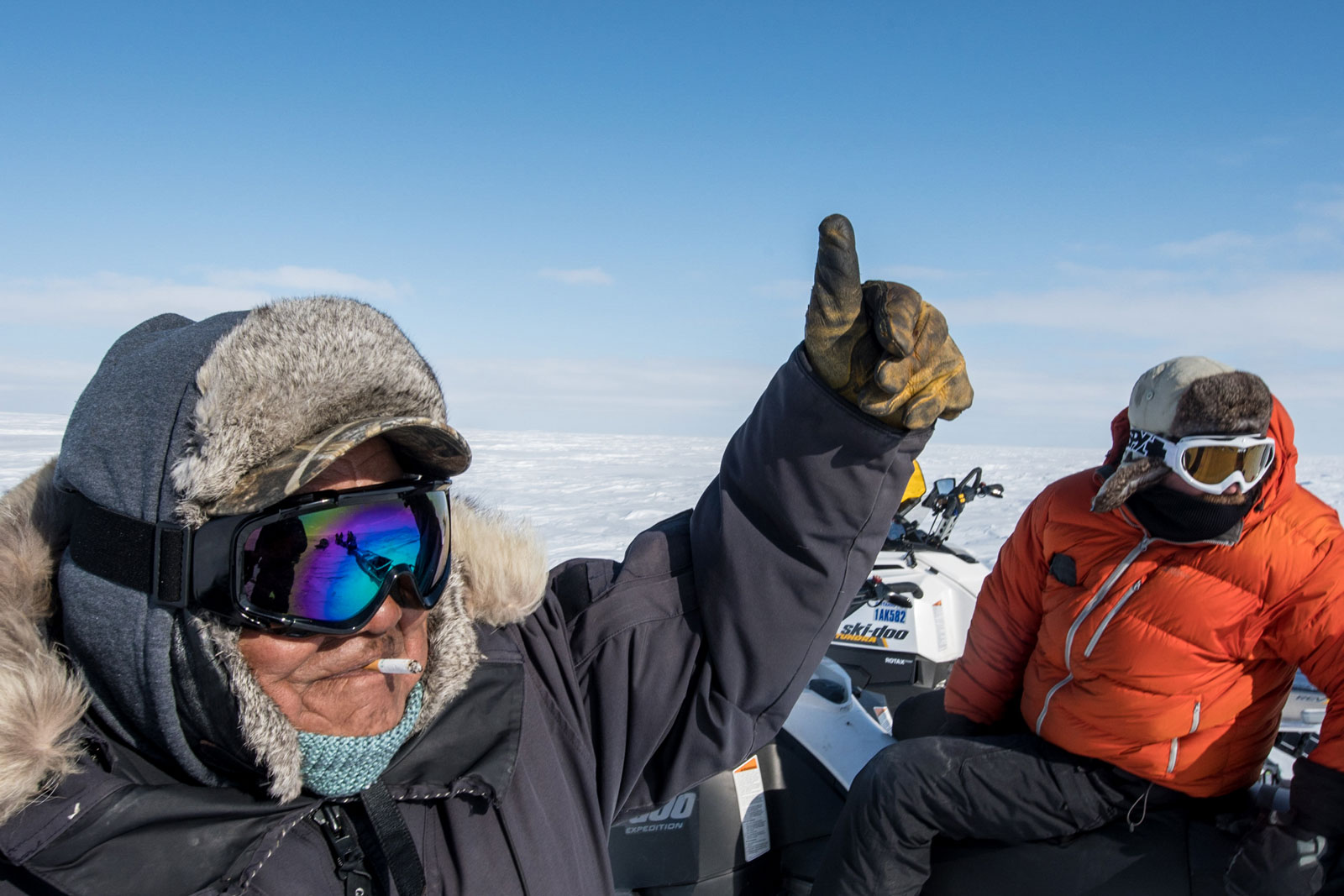 James "Jimmy" Haniliak (at far left), a guide from Cambridge Bay, accompanies researcher Dr. CJ Mundy and his team out on the land as they head towards a research site near the mainland. In the words of Dr. Mundy, “We just feel safer out here with them.” (Photo: Neil Ever Osborne/Canadian Geographic)