Calgary is known for many things: the oil boom, the 1988 Olympics, and proximity to the Rocky Mountains. But perhaps the city has no more globally-recognized event than the Calgary Stampede. As one of the world's largest rodeos, the Calgary Stampede draws over a million visitors each year to celebrate western heritage, culture and community spirit. From midway rides and bucking broncos to sold-out concerts and, er, creative culinary concoctions, the "Greatest Outdoor Show on Earth" has been turning the city into a party since it was first officially hosted in 1912.

Canadian Geographic creative director Javier Frutos travelled to the Calgary Stampede earlier this month with GMC Canada and got a taste of the western extravaganza. Here, he shares some of his images. 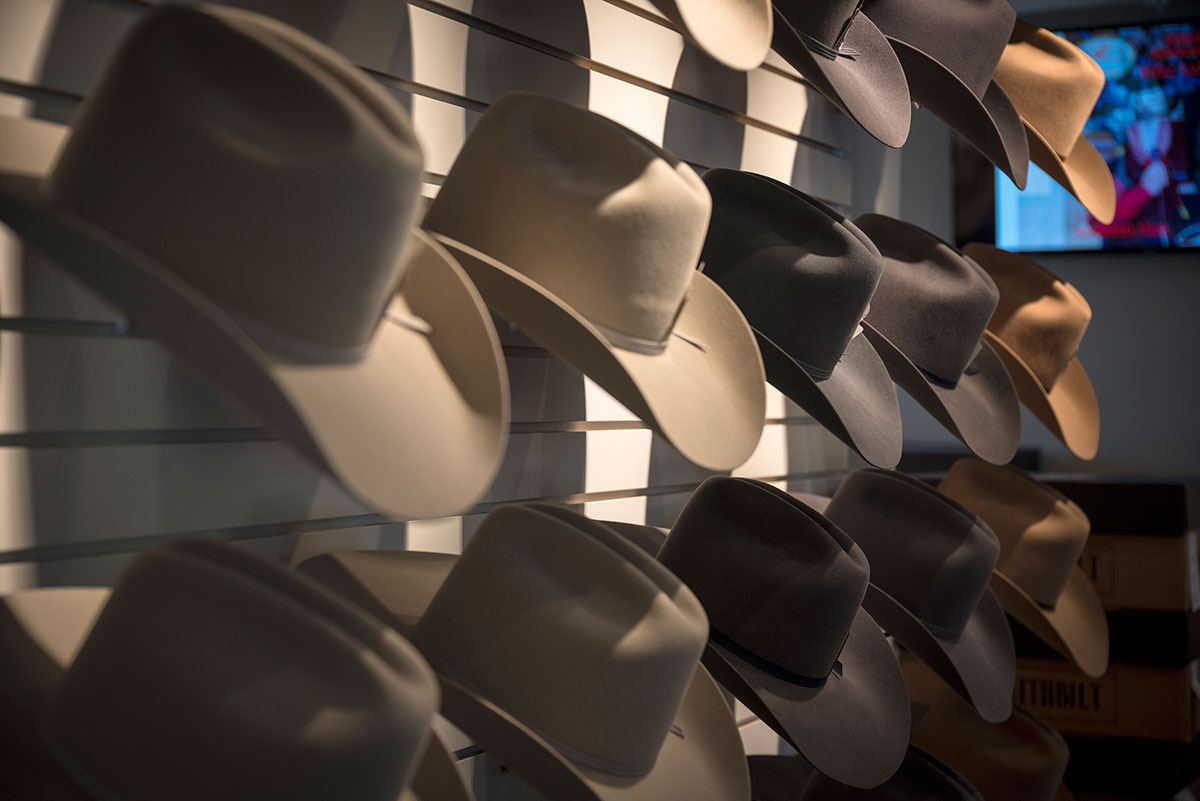 One of the most iconic symbols of the Calgary Stampede, and rodeo in general, is the cowboy hat. Smithbilt Hats has been making cowboy hats since 1919 and they still make them today the traditional way using 100-year old machines. 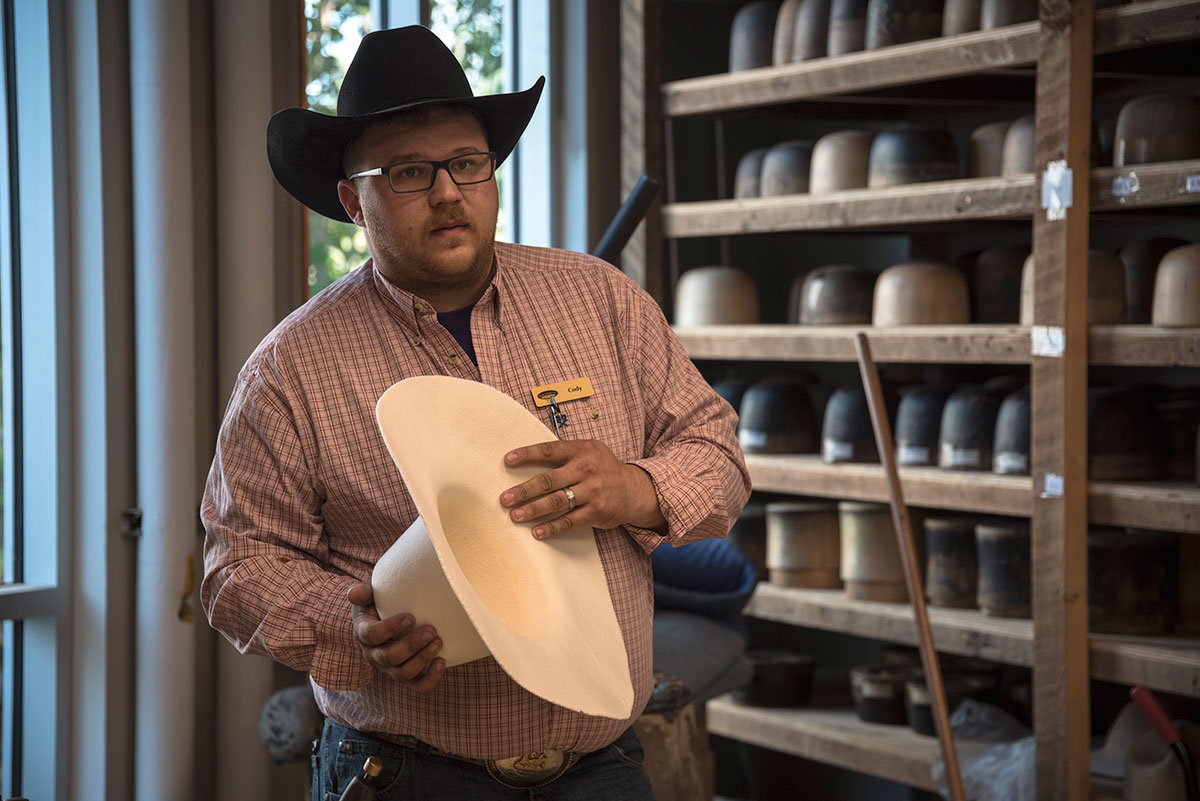 A demonstrator from Smithbilt Hats explains the process of hat-making, from choosing the right materials from across the world to crafting the final product to perfection. 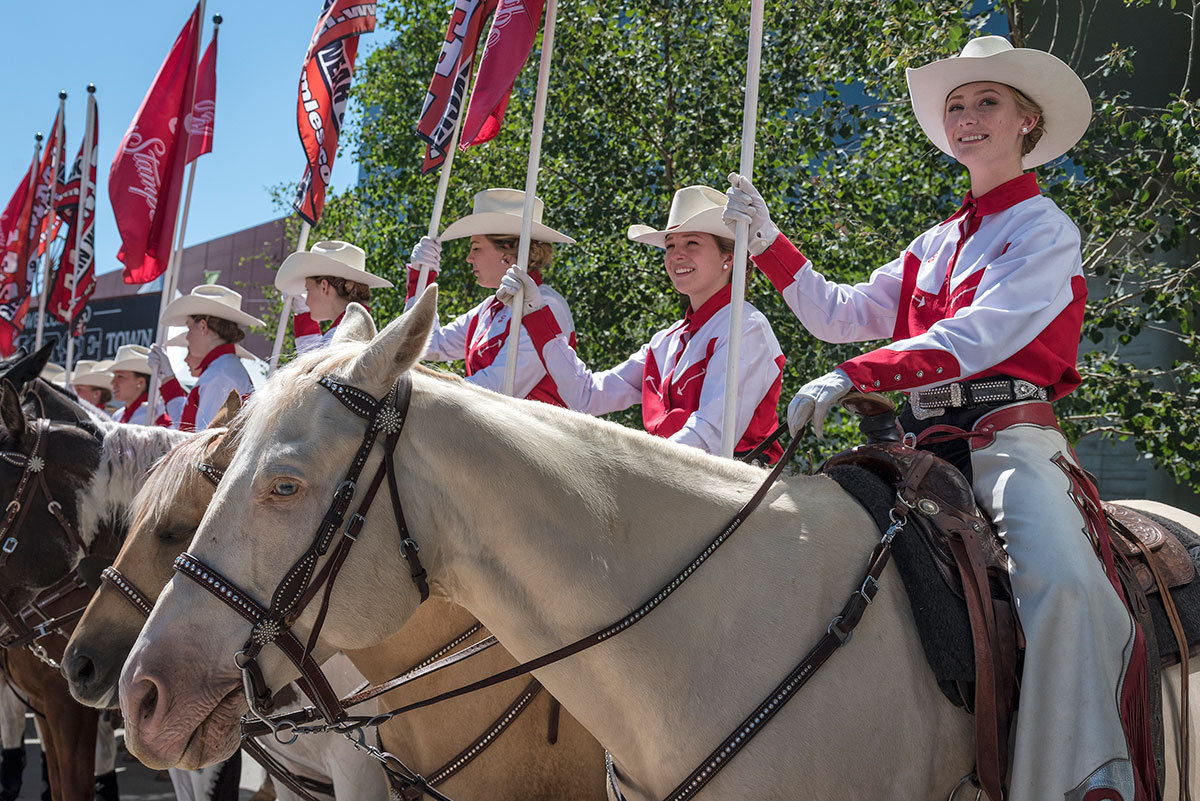 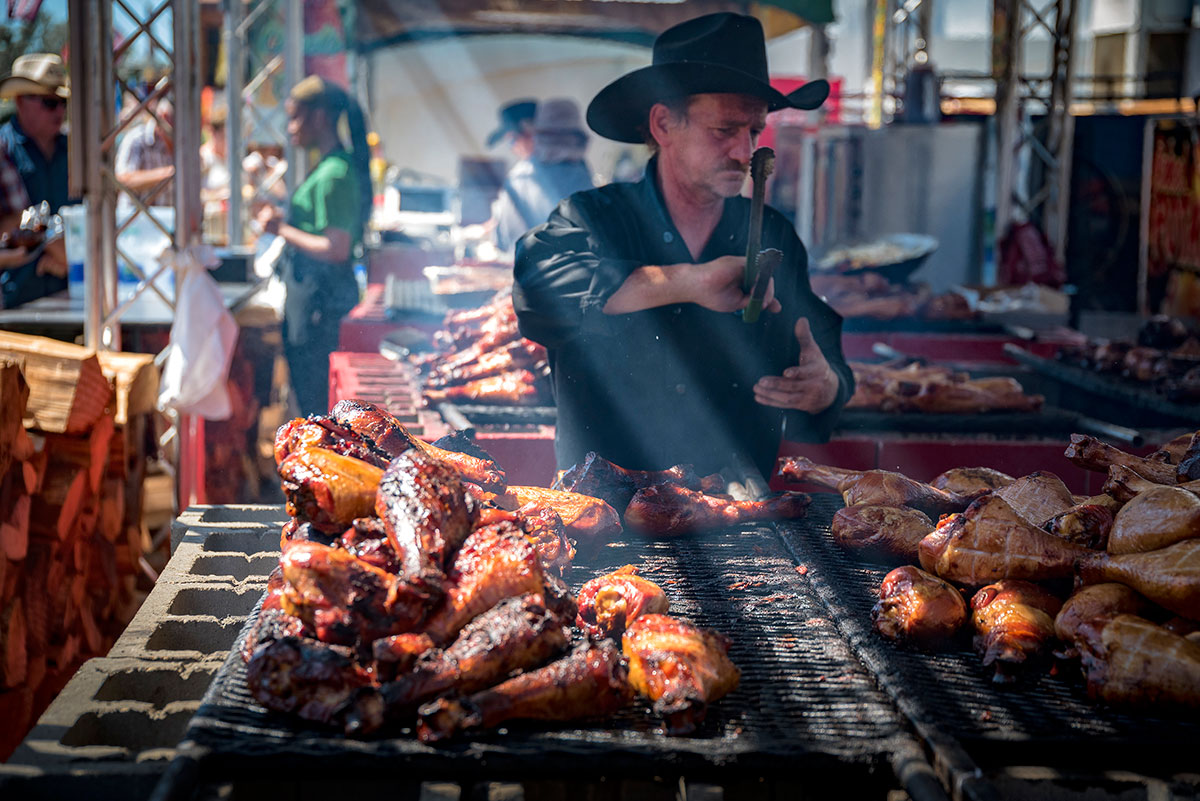 Turkey legs on the BBQ. From deep fried Jell-O to one-metre-long sausages, the Stampede "Midway Eats" vendors cover all imaginable cravings. Among the new heart attack-inducing edibles for 2017 were the so-called Canadian Bacon Pickle Balls: bacon wrapped around a hot dog and pickle, cut in half, battered and then deep fried and served on a stick. 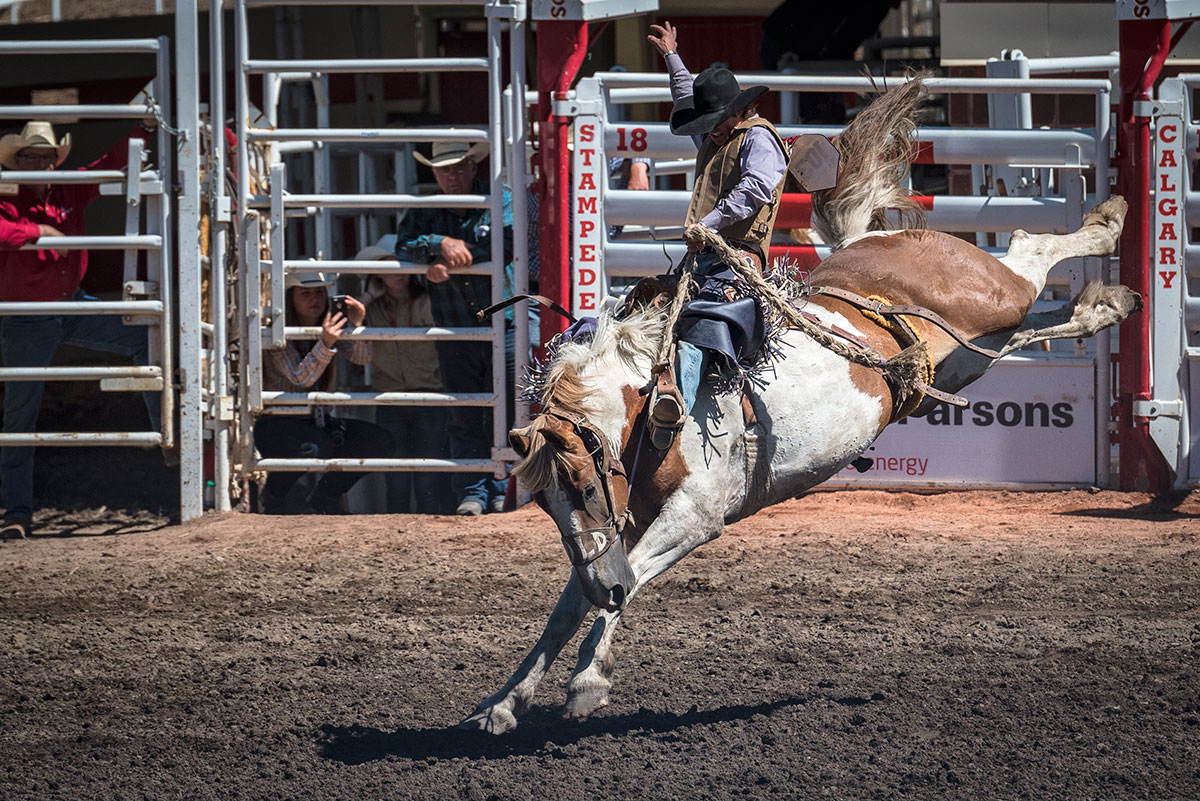 The Stampede Rodeo is the largest rodeo in the world and features the world's best competitors and animals. 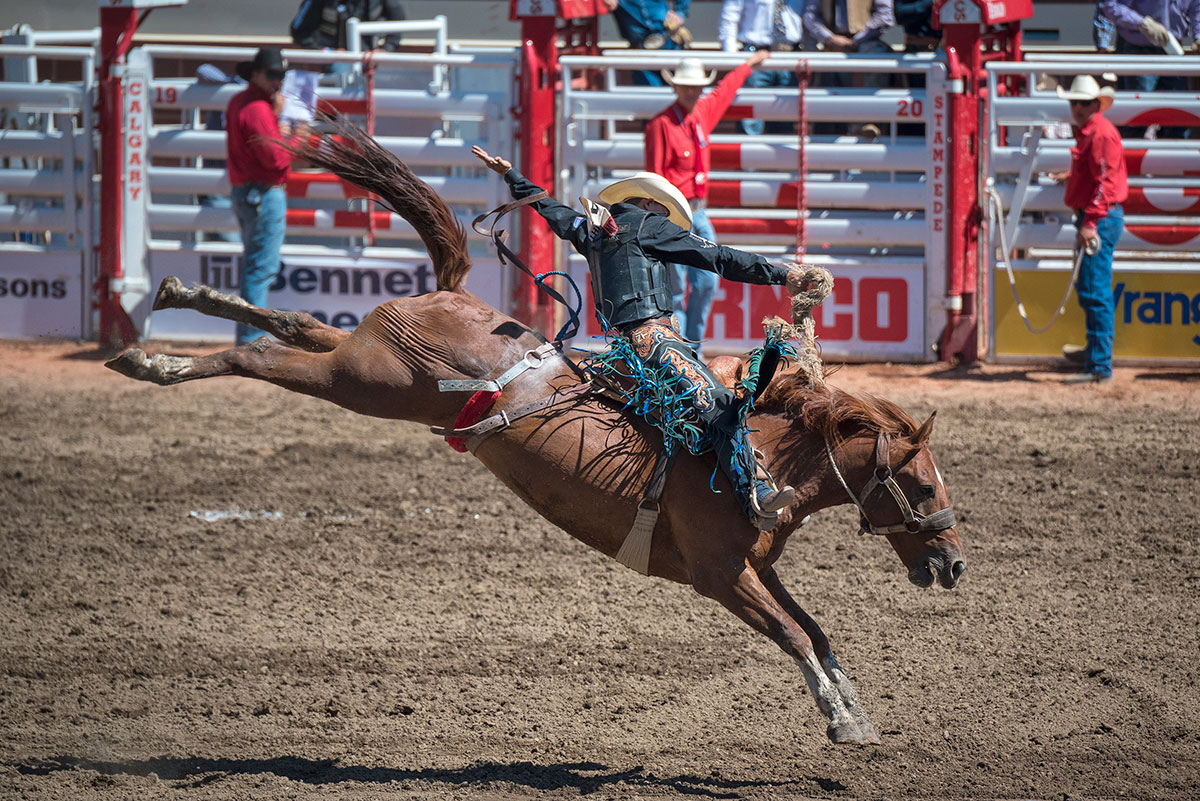 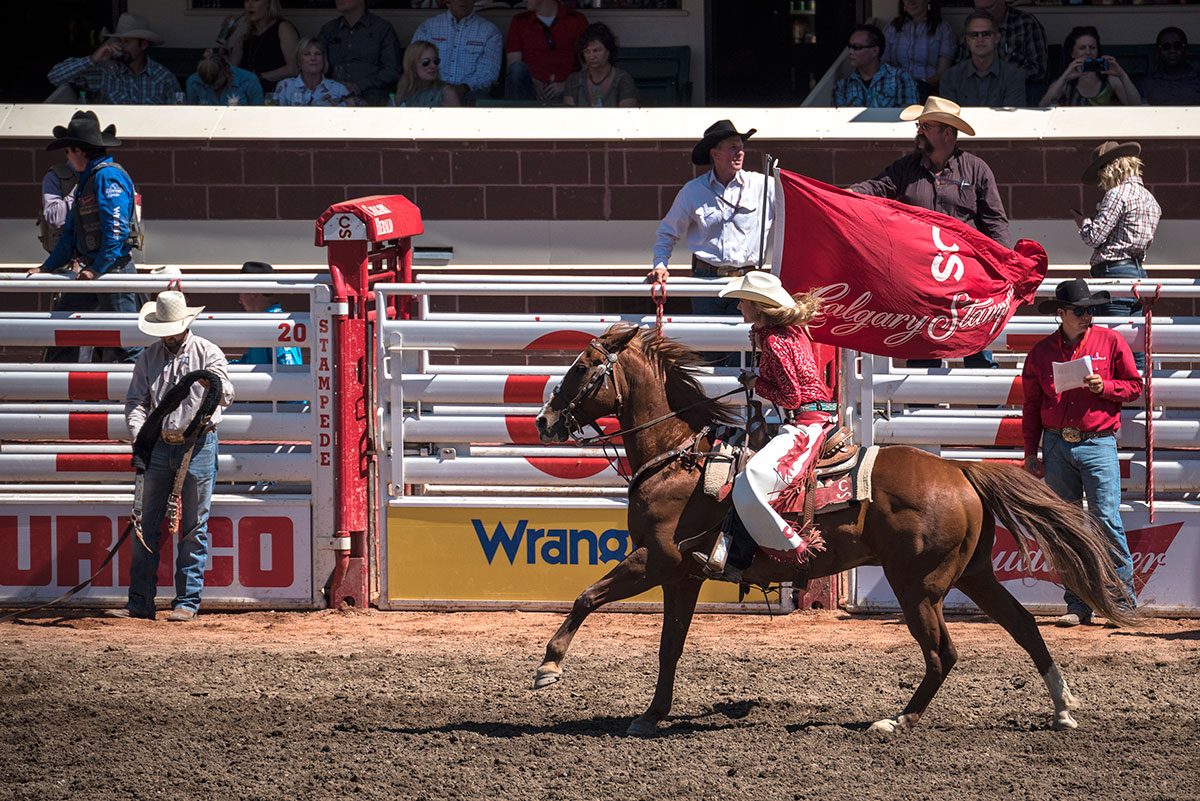 The Calgary Stampede also offers the largest purse for the winner for any outdoor rodeo – $2 million. 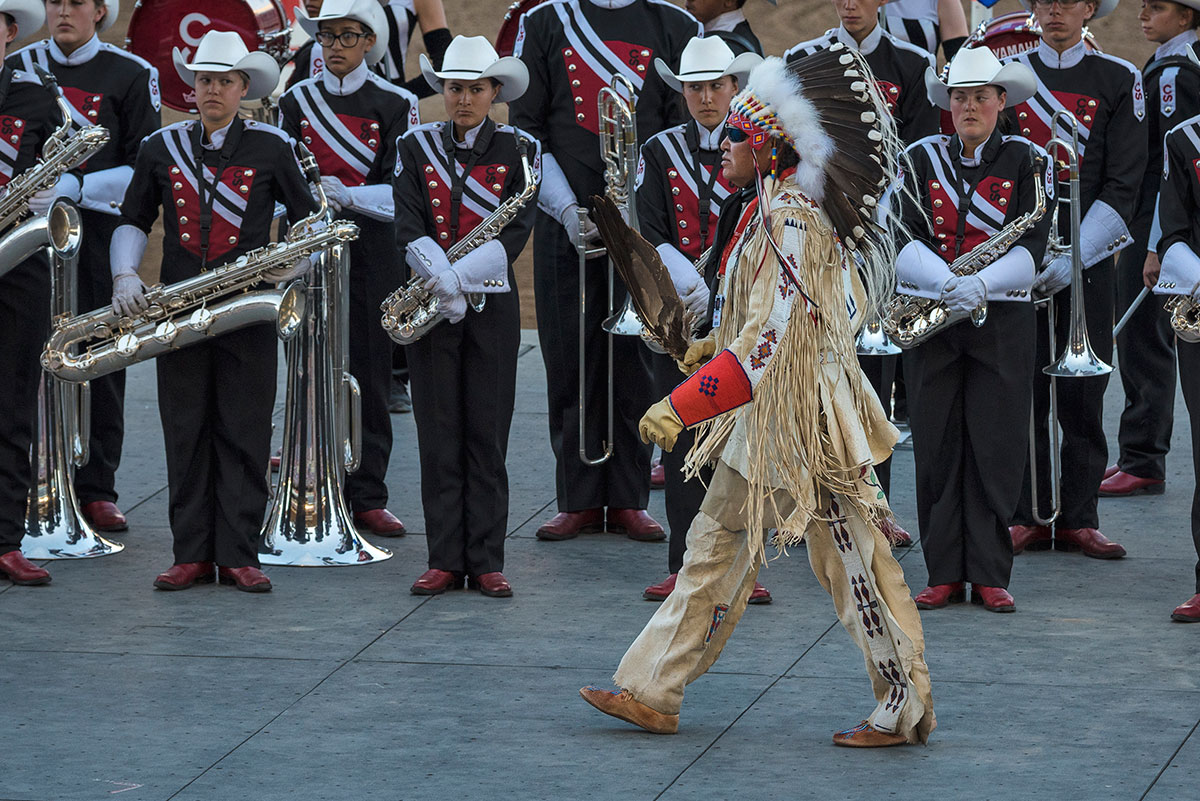 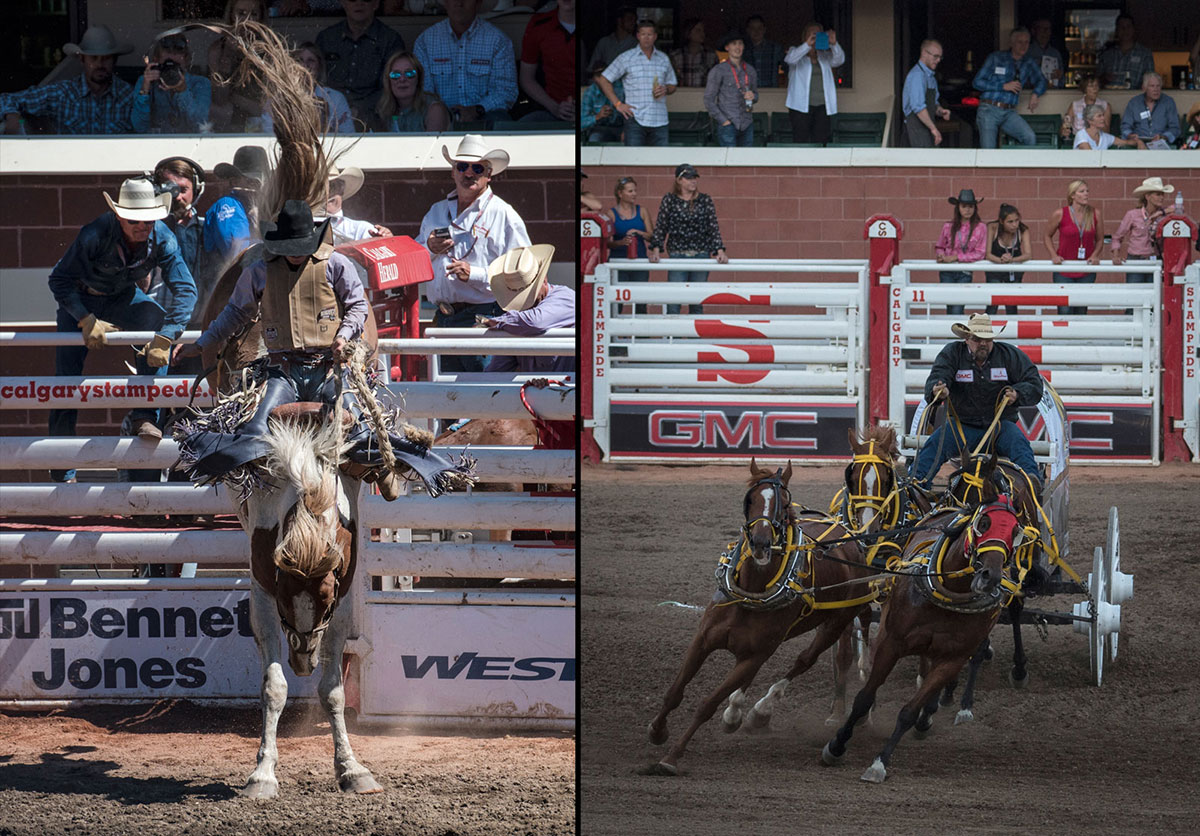 The Calgary Stampede has nine rodeo events, including saddle bronc (left) and the chuckwagon race. In the photo on the right, driver Troy Fled competes in the first race of the day. 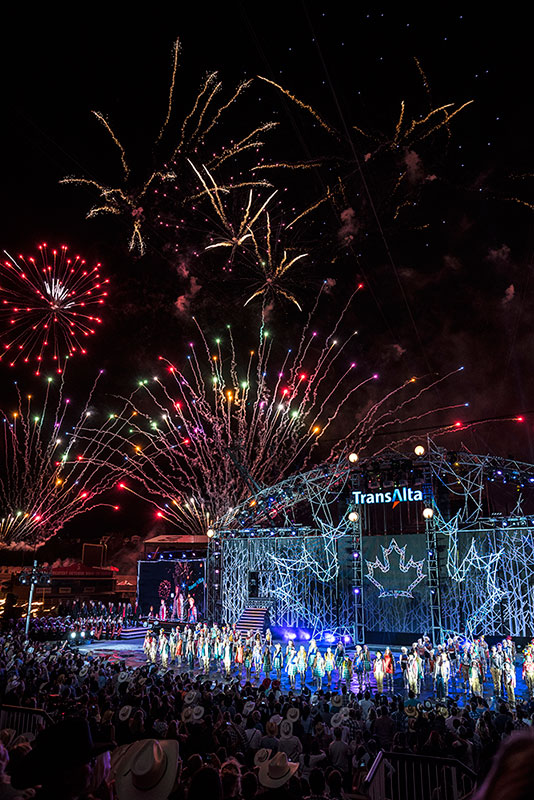