A new project by the Roberta Bondar Foundation aims to raise awareness of dangers to migratory birds
By Guest Blogger
September 11, 2018

More than half of the world’s population of migratory birds is declining. Globally, migratory birds face a multitude of challenges. They cross many international borders, flying above and stopping over in numerous habitats, many of which are shrinking, experiencing degradation and are being replaced by urban and agricultural development. Additionally, migratory birds must avoid obstructions such as wind turbines and must navigate shifting weather patterns due to climate change.

AMASS aims to educate the public on the importance of sustaining natural habitats by combining three different points of view that examine migratory pathways: surface, aerial and from space. The signature species selected occupy different habitats in either North America or Europe/Africa — whooping crane, black-tailed godwit, and lesser flamingo in wetlands, arctic tern and curlew sandpiper in coastal habitat, and sprague's pipit in the grasslands.

From August 8-12, 2018, an expedition team including Dr. Bondar and Bonnie Patterson, chair of the board of directors of RBF, conducted aerial fieldwork in Wood Buffalo National Park, N.W.T., the remote, natural nesting habitat of the endangered whooping crane, located at the most northern point of its migratory flight corridor. With financial support from The Royal Canadian Geographical Society and assisted by Parks Canada staff and experts, Bondar and Patterson completed several helicopter flights over whooping crane nesting areas, capturing amazing photos and video of the birds in their boreal wetland home.

Through the results of this project, the public will be able to visualize the habitats of the last remaining wild migratory flock of endangered whooping cranes and understand the importance of those protected areas in ensuring the continued survival of the species. 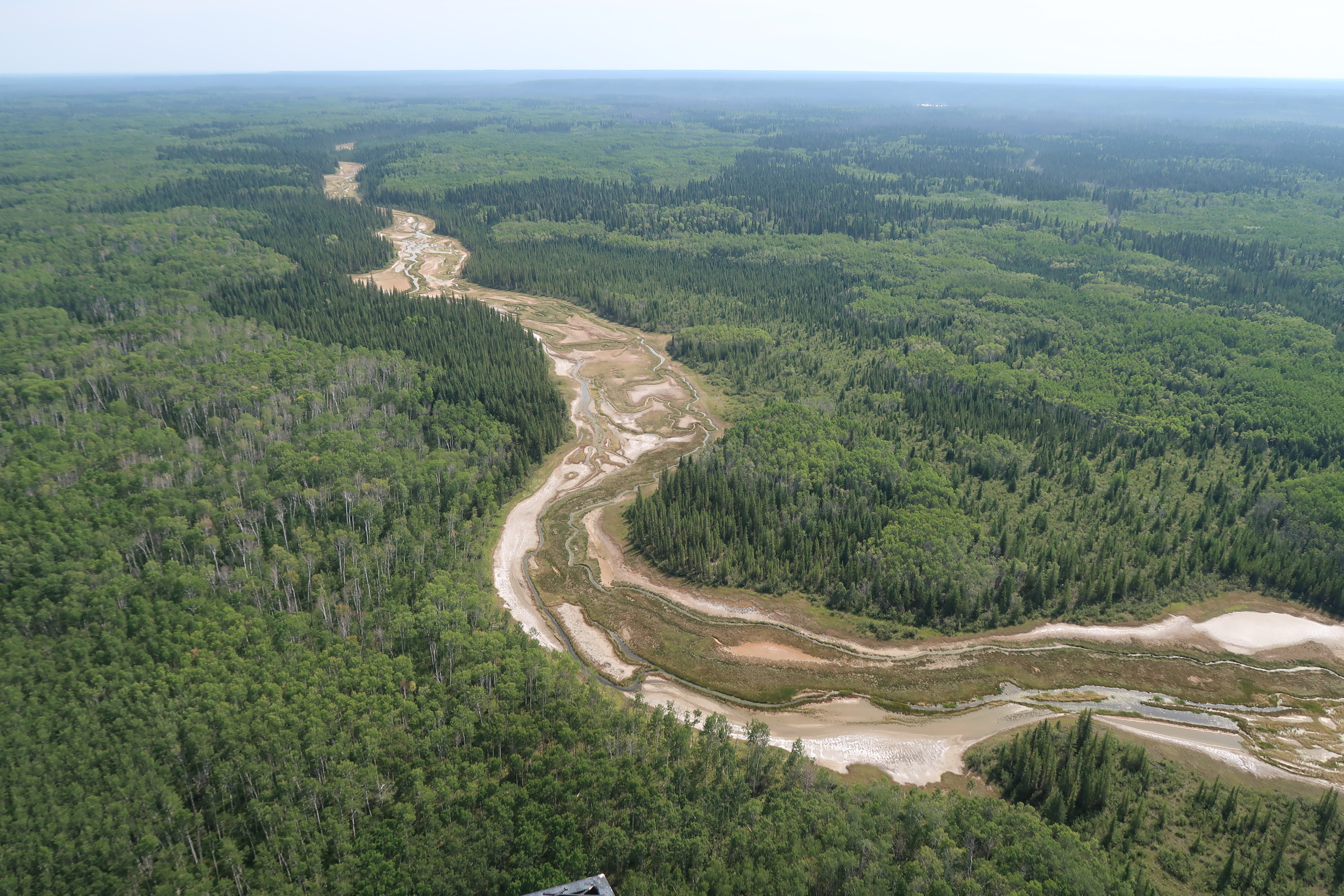 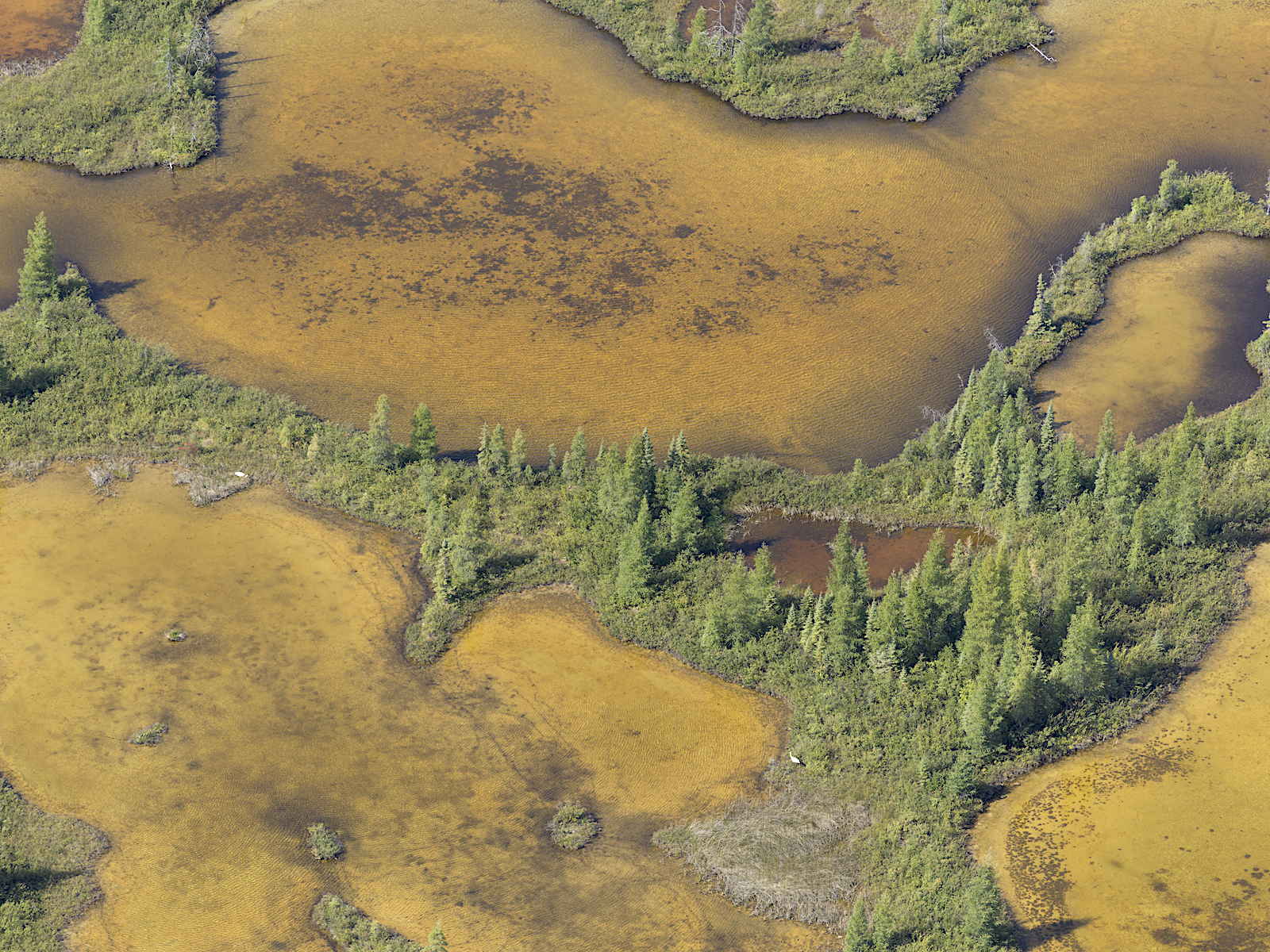 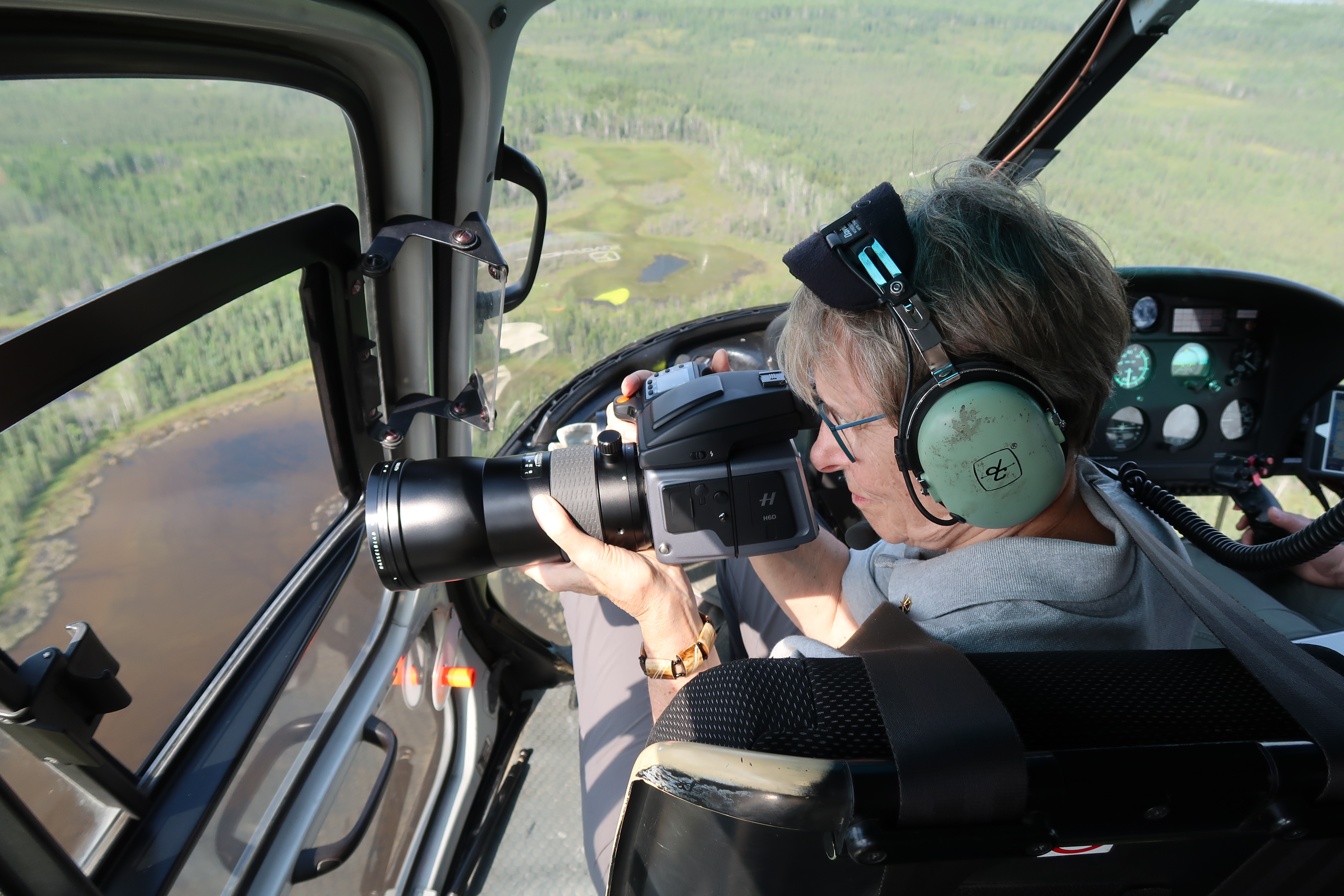 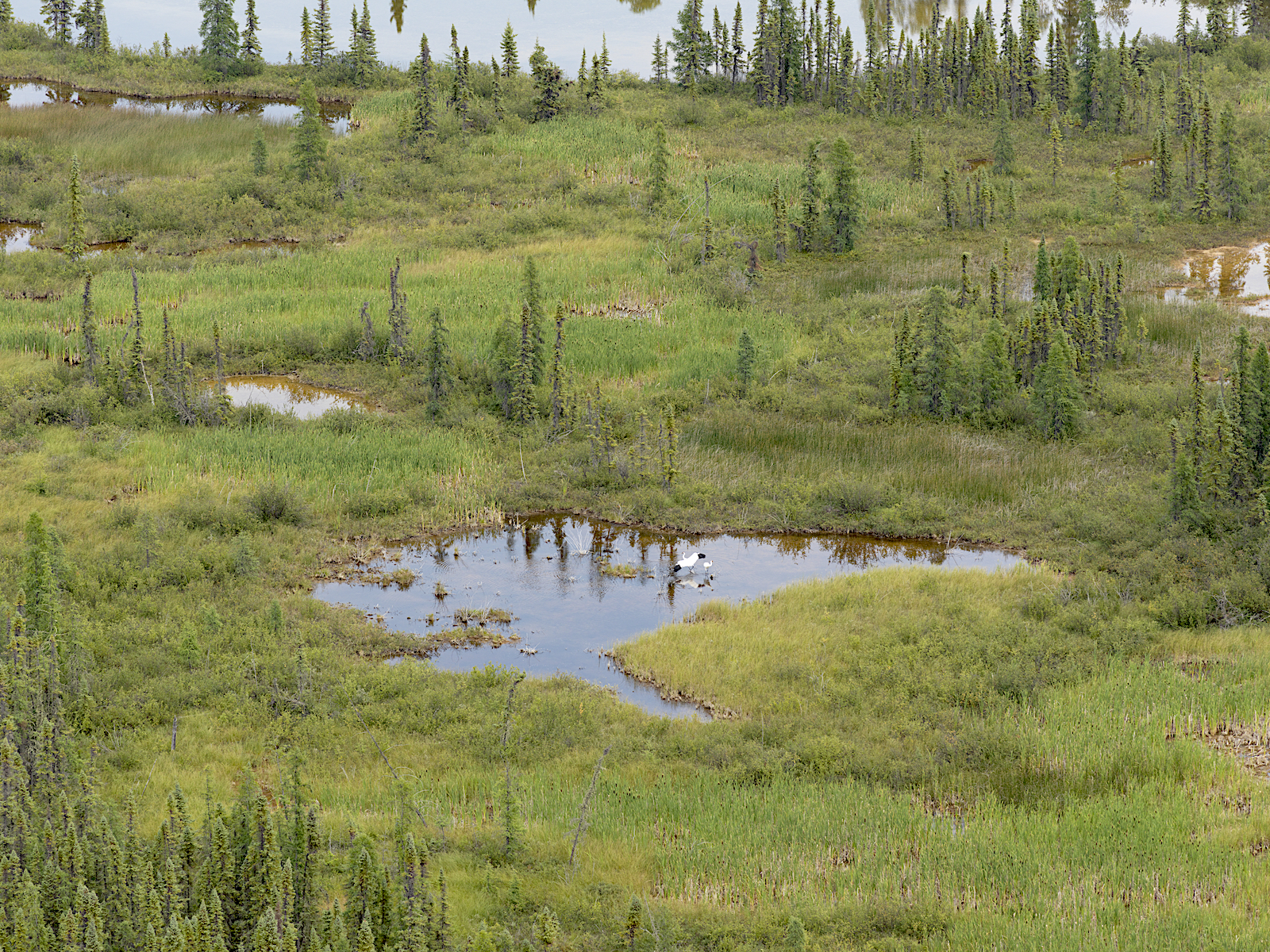 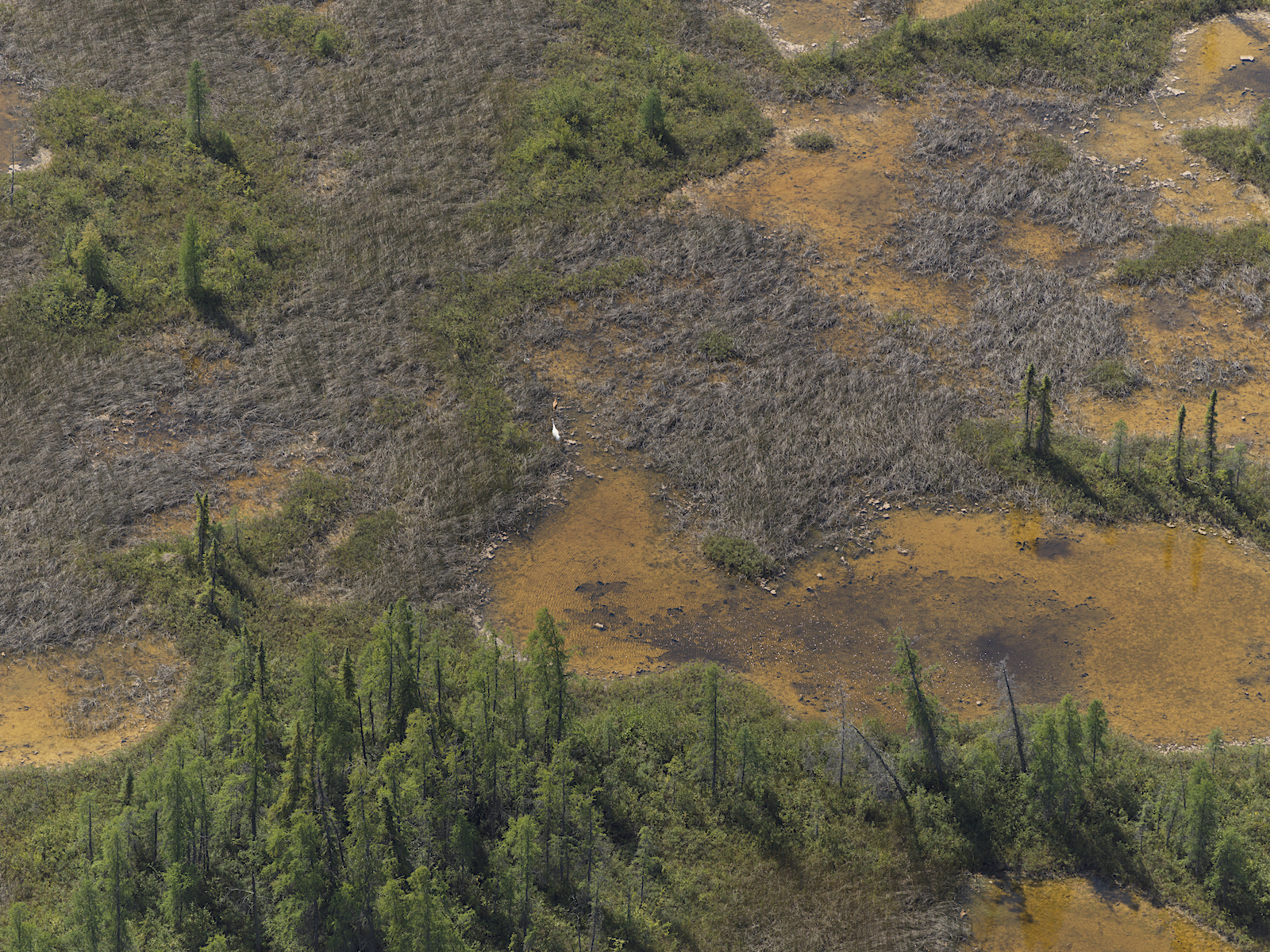 An adult whooping crane with a “colt” — a chick that has fledged but is still within its first year of life. (Photo: Roberta Bondar) 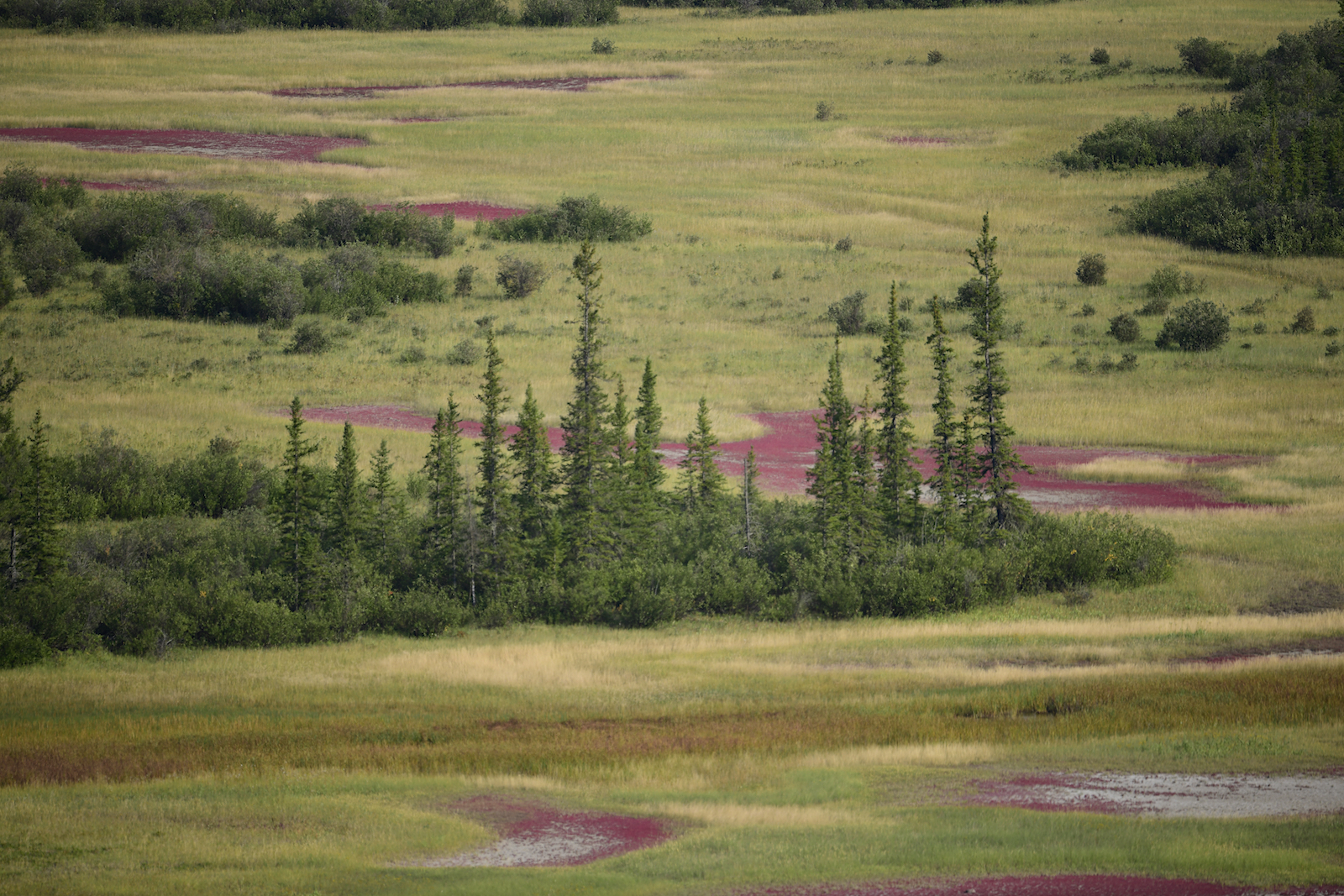 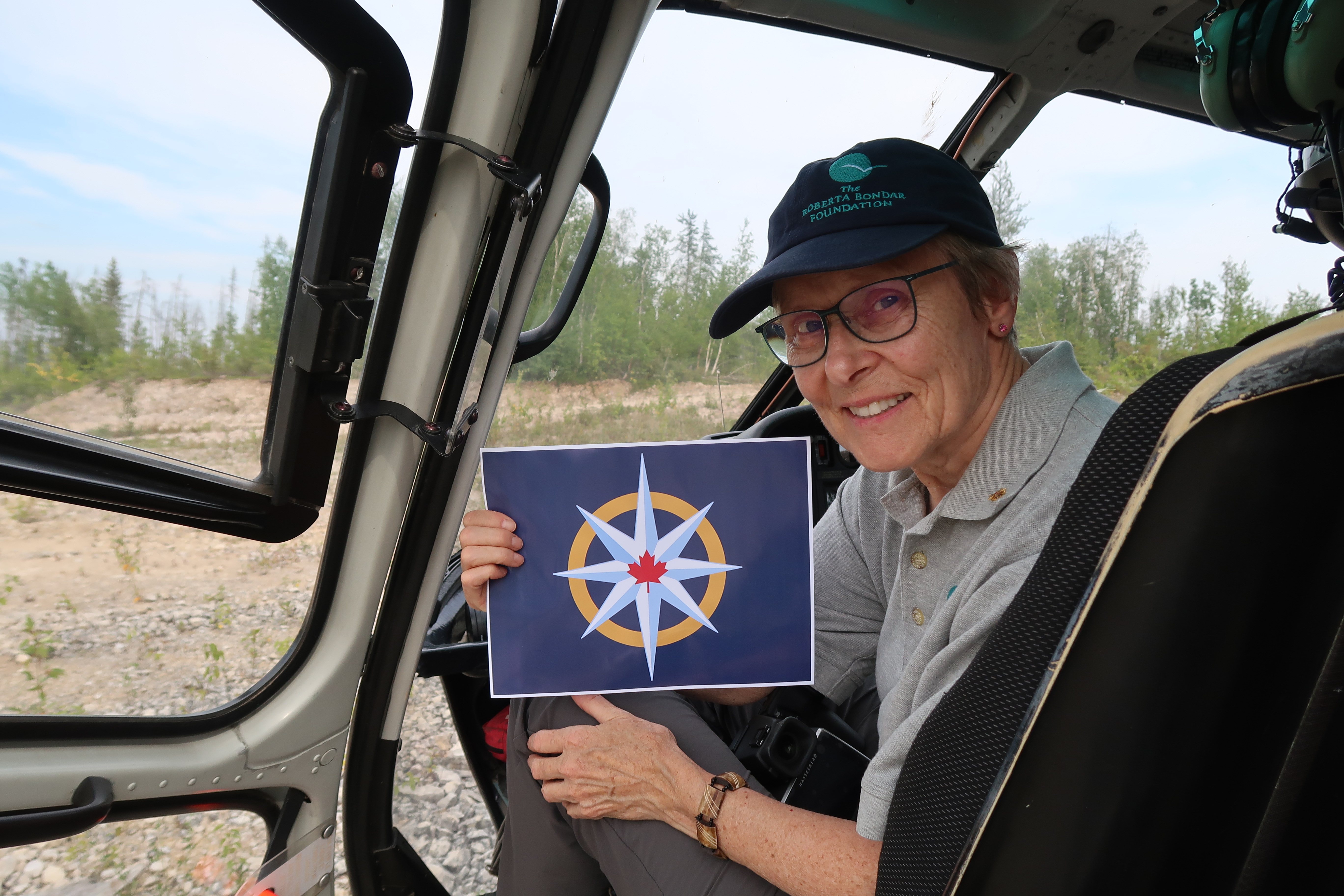 Bondar holds up the compass rose of The Royal Canadian Geographic Society, of which she is an Honorary Vice-President. (Photo: Bonnie Patterson)