A partnership to save Canada’s polar bears

Winter apparel brand Canada Goose has partnered with Polar Bears International to raise awareness of the impacts of climate change on the north’s most iconic animal
By Andrew Lovesey
February 28, 2020

Our van is bumping along the local road as a representative from Polar Bears International runs through the standard safety procedures for anyone visiting Churchill, the northern Manitoba community that draws roughly 10,000 visitors per year — mostly to gawk at polar bears, cruise alongside belugas and stand beneath the northern lights.

The protocol is simple: Don’t run. And if you do see a polar bear in town, make your way towards the nearest car or building because, in Churchill, it’s customary to always leave doors unlocked. It is polar bear country, after all.

We don’t see any polar bears in town that week, but out on the tundra it’s an entirely different story. Five minutes into the first ride in PBI’s Tundra Buggy One — the famous vehicle from which the conservation group streams daily webcasts to millions of students and viewers around the world, offering insight into the daily lives of Canada’s Western Hudson Bay polar bear population — we spot a bear stumbling by a rocky outcrop on the horizon. 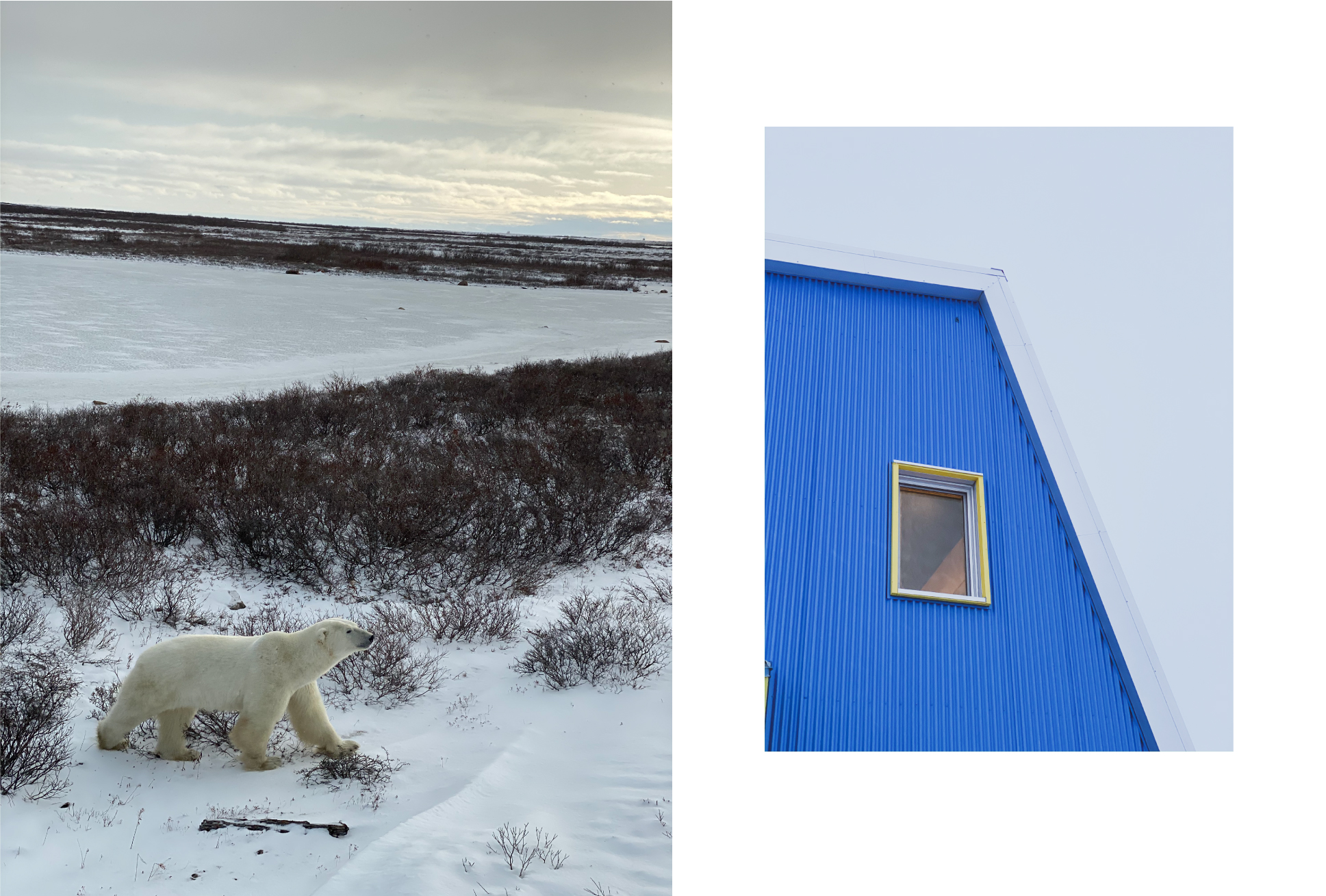 Along for the ride is PBI’s chief scientist, Dr. Steven Amstrup, decked out in bright blue gear from iconic winter apparel brand Canada Goose’s PBI collection. Canada Goose has been working with PBI for more than a decade. Their signature PBI Blue parka, for which PBI receives a $50 donation with each sale, has raised more than $3 million for the charity. Canada Goose also provides PBI researchers with cold-weather apparel, ensuring they are kept warm while working to study and preserve polar bears in their natural habitat.

After a long day of observing polar bears from the buggy, we head back to town to explore the new PBI House. Made possible by a $1 million donation from the Dani Reiss Family Foundations and donations from other supporters, PBI House is part information centre, part research base, and part broadcast studio, inviting locals and visitors inside to learn about polar bear conservation, environmental stewardship and PBI’s ongoing work in Canada’s subarctic regions.

Canada Goose CEO Dani Reiss says the partnership with PBI was a natural fit for the company. “Canada Goose is a company that’s intertwined with the iconic nature of the northern landscape,” he says. “We believe we have a responsibility to help secure a future for polar bears across the Arctic.” 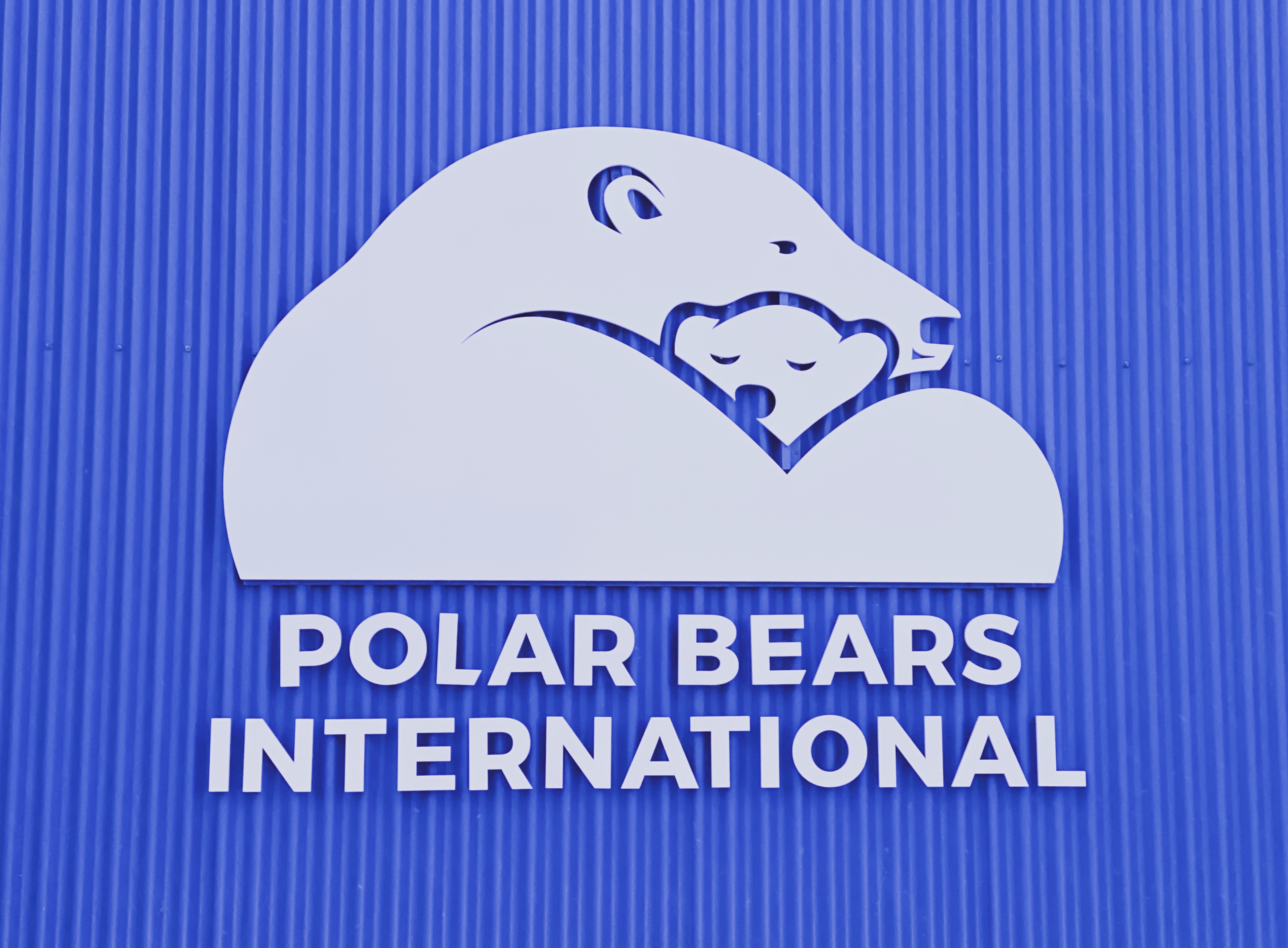 PBI House in Churchill is one of the brightest buildings in town. (Photo: Andrew Lovesey/Can Geo)

Although it is new, PBI House is not the first Canadian foothold for Montana-based PBI. The organization has been in Churchill for more than a decade, and for good reason. Of the 17 polar bear populations on the planet, 13 live within Canada’s borders — and the Western Hudson Bay population is not only one of the most easily accessible, but one that is increasingly under threat from to climate change and changing sea ice conditions.

“Churchill is where it all began for PBI, and the town has long been the launch pad for our outreach efforts,” says Krista Wright, PBI‘s executive director. “The new centre, with its in-house broadcast capabilities and lodging for scientists, will allow us to do even more.”

Inside the building, I have a chance to learn more about the elusive bear and speak with Amstrup, PBI’s chief scientist. The decline in polar bear populations is a contentious topic for researchers, with some arguing that the Western Hudson Bay has actually plateaued to a point of stability in recent years. Still, the data is clear that there has been a long-term trend of declining sea ice and declining population size.

Over the past 40 years, the local population has seen a 30 per cent decrease, 18 per cent of which has occurred in the past five years. Researchers at PBI House are tasked with educating the public not just on polar bear conservation but also on the harsh reality of climate change, which is changing northern landscapes.

Amstrup and his team remain concerned for the future of the population. “As long as the sea ice continues to decline, polar bears will be increasingly suffering,” he says.