Inside the transformation of the old Ottawa train station into the “Red Chamber on Rideau”
By Alexandra Pope
December 14, 2018

Winston Churchill passed through it on his way to address Parliament in 1941. So did Elvis Presley on his first and only visit to Canada’s capital in 1957. In the ‘80s, as the Government Conference Centre, it was the site of important talks on the Constitution and the reunification of Germany. Now, the former Union Station at the corner of Rideau St. and Sussex Dr. in downtown Ottawa has been given new life as the temporary home of the Senate of Canada.

The old train station officially reopened as the Senate of Canada building Dec. 13, following a six-year, $219-million renovation to restore its turn-of-the-century grandeur. The Senate will operate out of the building for at least the next 10 years while the Centre Block of Parliament undergoes a major refurbishment.

Original plans for the rehabilitation of the parliamentary precinct called for the upper house to be moved to a glass enclosure in the courtyard of the East Block (the House of Commons is moving to a similar setup in West Block), but some senators suggested it might be more efficient to fix up the Government Conference Centre, said Senator Scott Tannas, who chairs the committee overseeing the relocation.

“Being here means we have the challenge of being off the Hill, but it was a major cost savings in the end, and it brought this building to life.”

Built in 1912 in a beaux-arts architectural style, the Ottawa train station, together with the Château Laurier hotel across the street, was intended to serve as both a physical and symbolic gateway between the growing city of Ottawa and Parliament Hill, said Martin Davidson, principal architect with Diamond Schmitt Architects, the firm in charge of the renovation. The challenge was to refurbish it in a way that would meet the needs of the Senate while still preserving its character as a major landmark. 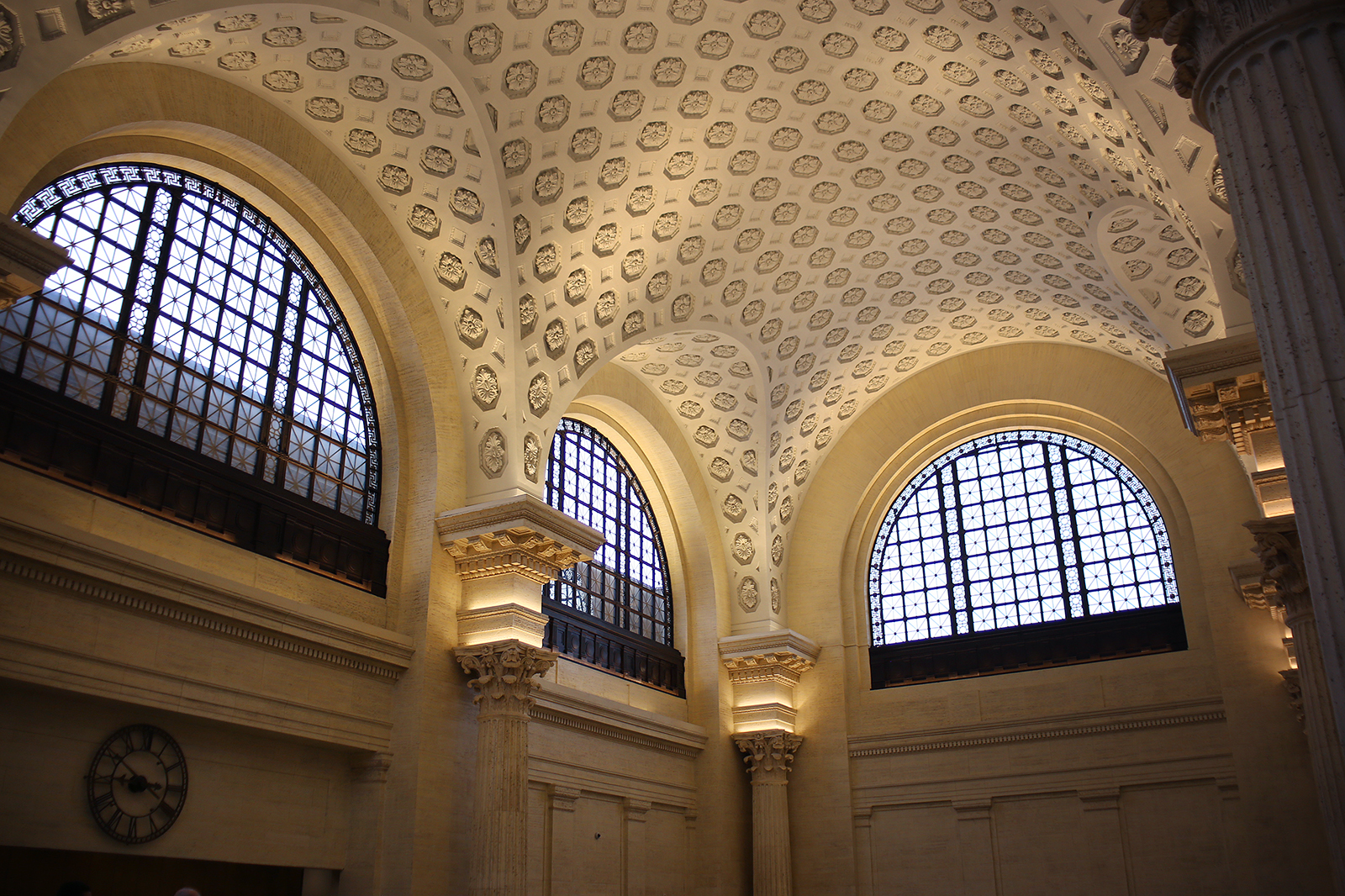 The main hall of the former train station has been restored to its original grandeur. (Photo: Alexandra Pope/Canadian Geographic)

Much of the building was gutted to add new stairwells, elevators, seismic reinforcements and modern heating and cooling systems. Period details, such as the marble columns and floors, cast iron windows, chandeliers, faux travertine walls and coffered ceilings, have been lovingly restored and painted to their original colours. A mahogany bench that was displayed for years at the Canada Science and Technology Museum has even been returned to the main hall.

But the Senate also challenged the architects to come up with new design touches that would reflect the history and geography of Canada. Lining the central corridor between two committee rooms are panoramic landscapes wrought in perforated bronze that also double as acoustic buffers, while the wooden doors bear sculptural imprints of leaves from 10 species of maple tree native to Canada.

One of many symbolic details in the space: the wooden doors to the ground-floor committee rooms are decorated with sculpted maple leaves from each of 10 maple species found in Canada. pic.twitter.com/8aMzJagvdS

Inside the Senate Chamber, formerly the passenger concourse, new three-dimensional renderings of the provincial and territorial shields, carved and hand-gilded in 23-karat gold leaf by Dominion Sculptor Phil White, adorn the walls, and a metre-high sculpture of Canada’s new Coat of Arms, also by White, hangs above the royal thrones. 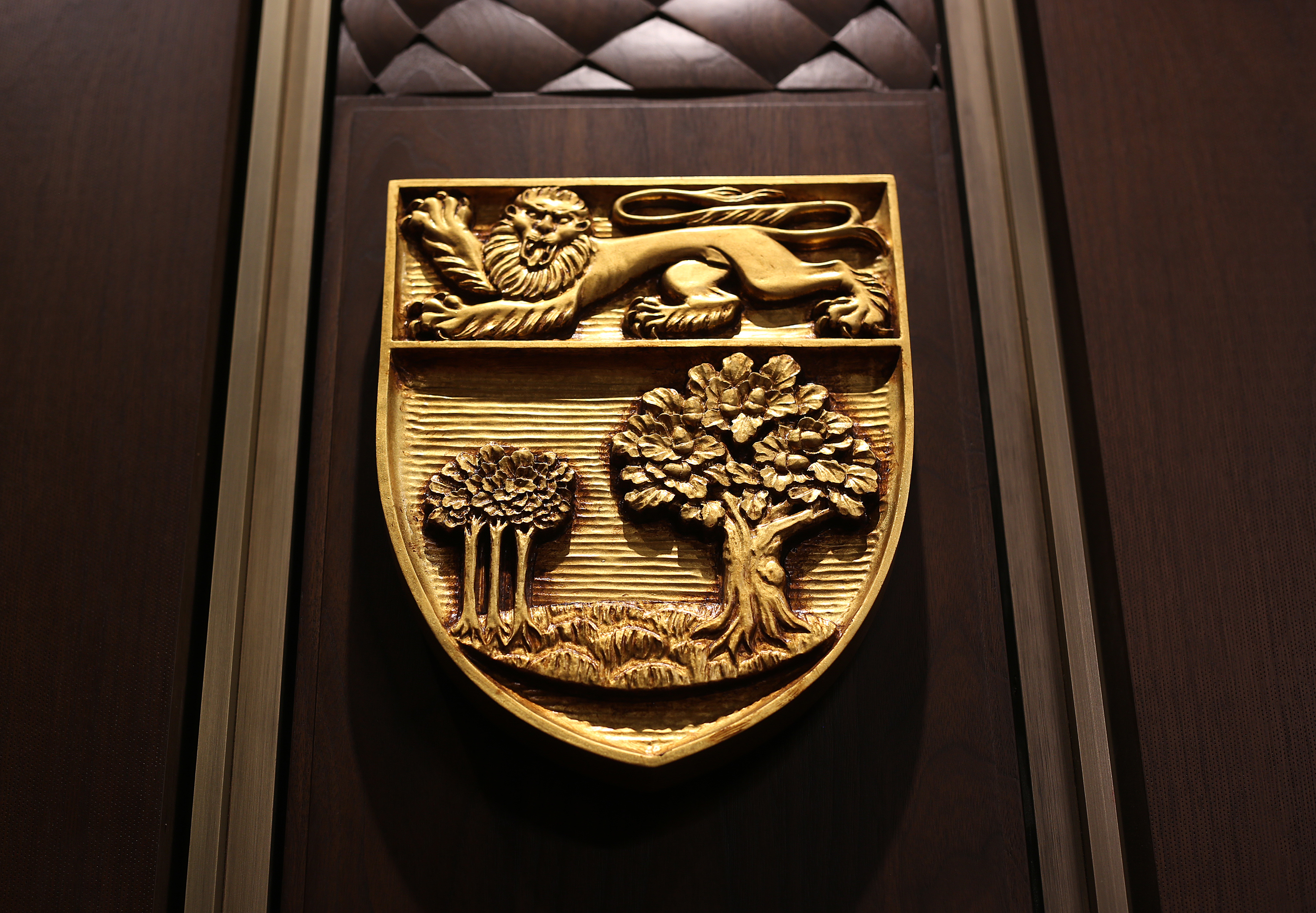 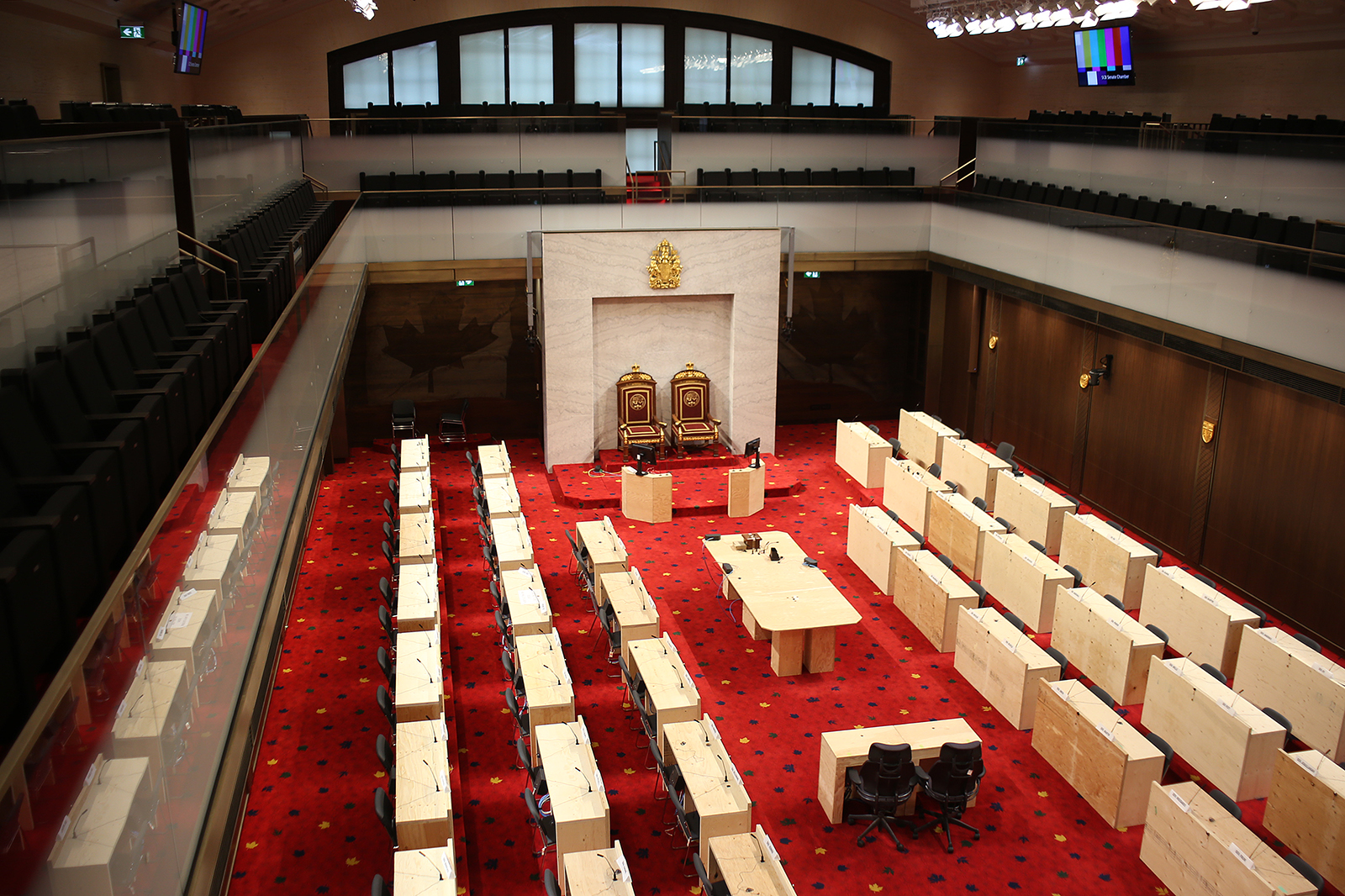 The Senate Chamber as seen from the elevated public gallery. The carpet bears a motif of maple leaves, while gilded carvings of Canada’s provincial and territorial shields adorn the walls. The plywood desks are temporary until the furniture can be moved from Centre Block to the new building. (Photo: Alexandra Pope/Canadian Geographic)

The first sitting in the new building will take place early in the new year. Members of the public are welcome to watch the proceedings from the elevated gallery in the Senate Chamber, or to book a full tour through the Library of Parliament.