Ontario’s threatened Algonquin wolf population has received a reprieve of sorts after the province banned the hunting and trapping of all wolves and coyotes in four provincial parks and their surrounding areas.

The ban in and around Algonquin, Kawartha Highlands, Queen Elizabeth II Wildlands and Killarney provincial parks is part of the province’s larger effort to protect the Algonquin wolf, which is similar in appearance to species such as the grey wolf and eastern coyote, neither of which are listed as threatened in the province.

Despite the ban, wolves and coyotes in the designated areas that extend beyond the boundaries of the four parks will still be fair game for some. “Landowners in these areas still have the right to kill or harm wolves and coyotes if there is imminent risk to their health and safety, or to their domestic animals and livestock,” stated a Ministry of Natural Resources and Forestry news release. The ministry also noted that “hunting and trapping coyotes and wolves in other areas of the province, outside of the protected areas, is permitted.”

It’s estimated there are fewer than 500 mature Algonquin wolves remaining in Ontario, with a large portion of that population concentrated in Algonquin Provincial Park. Once known as the eastern wolf, the species was renamed the Algonquin wolf and classified as threatened in Ontario in June 2016. 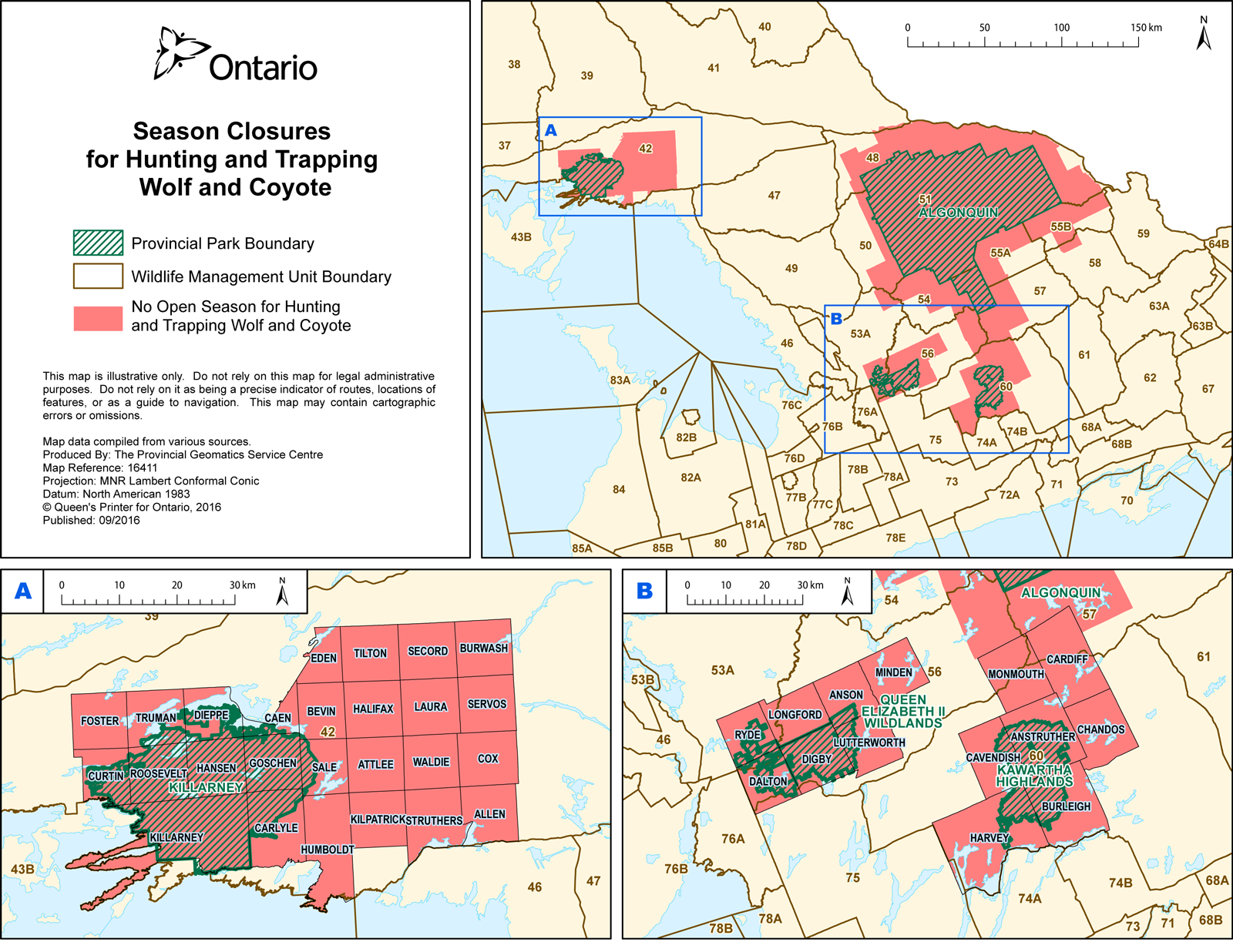