The Northern Lights in Churchill, Manitoba

Churchill sees the northern lights an impressive 300 days per year. Here are some of the best ways to view them.
By Sponsored Content
March 16, 2017

The northern lights, according to an Inuit legend, are the ancestors playing football with a walrus skull. In Norse mythology, the glimmering lights are the spears, armor and helmets of the Valkyries. There are countless stories around the world of these otherworldly lights that hang like fluorescent curtains in the night sky, and the real phenomenon behind the northern lights, or aurora borealis, is just as awe-inspiring. High-energy particles stream out from the sun toward Earth and collide with gases in the atmosphere to create the brilliant green, yellow and purple bands of light. Churchill, Man., is one of the best places in the world to see this amazing display. Situated beneath the Auroral Oval, a band of activity in the atmosphere circling each of Earth’s poles, Churchill sees the northern lights an impressive 300 days per year, with the best chances of seeing them from January to April. Here are some of the best ways to view the northern lights in Churchill.

Discover the romance of the rails on VIA Rail’s Tundra Train (top), where a glass-domed observation car lets passengers gaze at the aurora borealis at night, and panoramic views reveal the picturesque landscape during the day. The train runs from Winnipeg to Churchill and passes through three distinct biomes as it journeys north: the sprawling plains, boreal forest and subarctic tundra. Guests may even catch a glimpse of the northern lights from the window of their private sleeper accommodation. viarail.ca 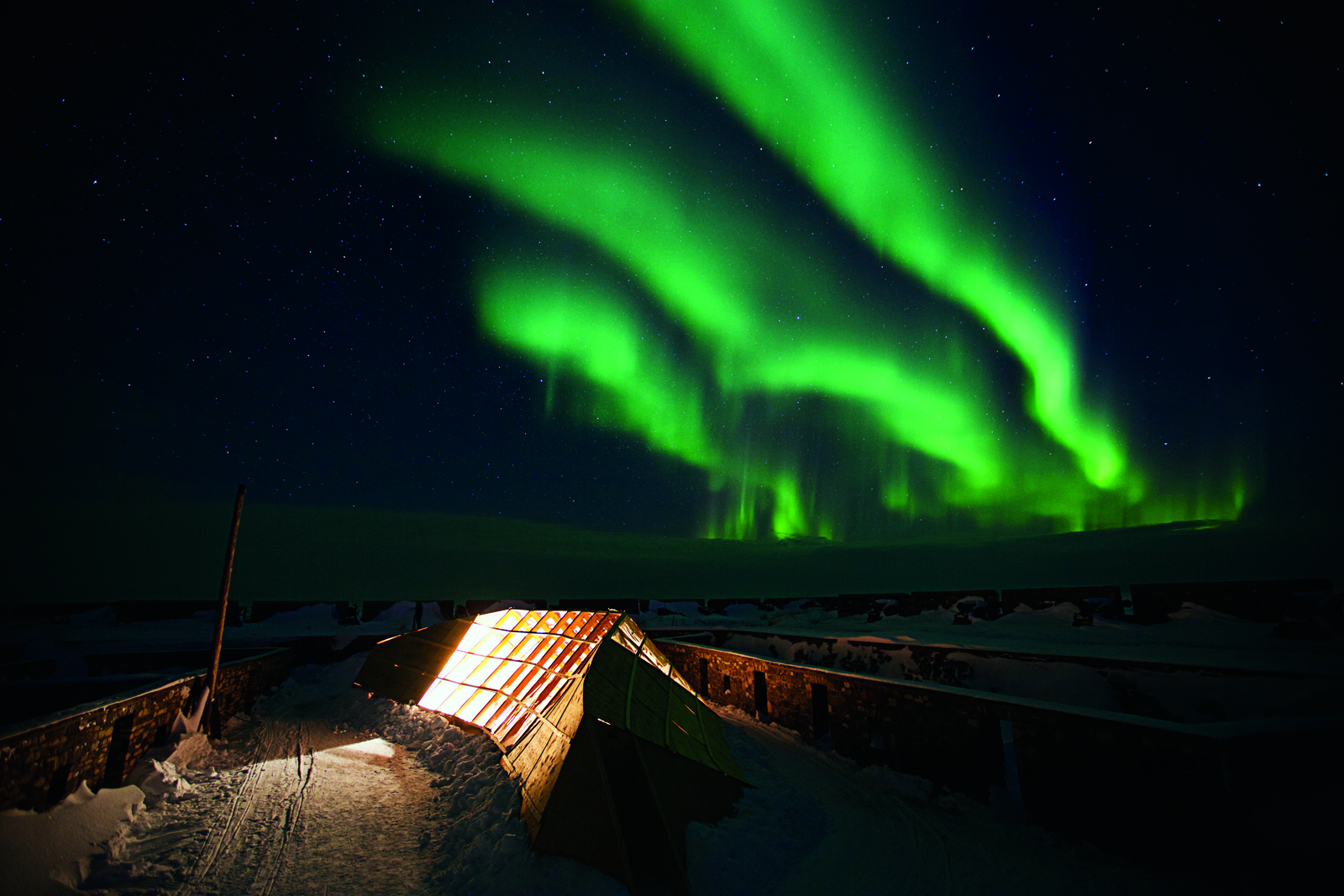 Take in the northern lights from panoramic wall-to-ceiling windows in the Aurora Lounge, the newest train-car style lounge from Frontiers North Adventures located at the edge of Churchill’s boreal forest. Once the lights really start to dazzle, snap a photo from the rooftop observation deck. Food lovers will enjoy the Northern Lights and Winter Nights package, which includes an evening at RAW:churchill (above), a transparent pop-up restaurant within the walls of a 300-year-old fort. Enjoy a meal prepared by one of Canada’s top chefs as the northern lights dance overhead. frontiersnorth.com 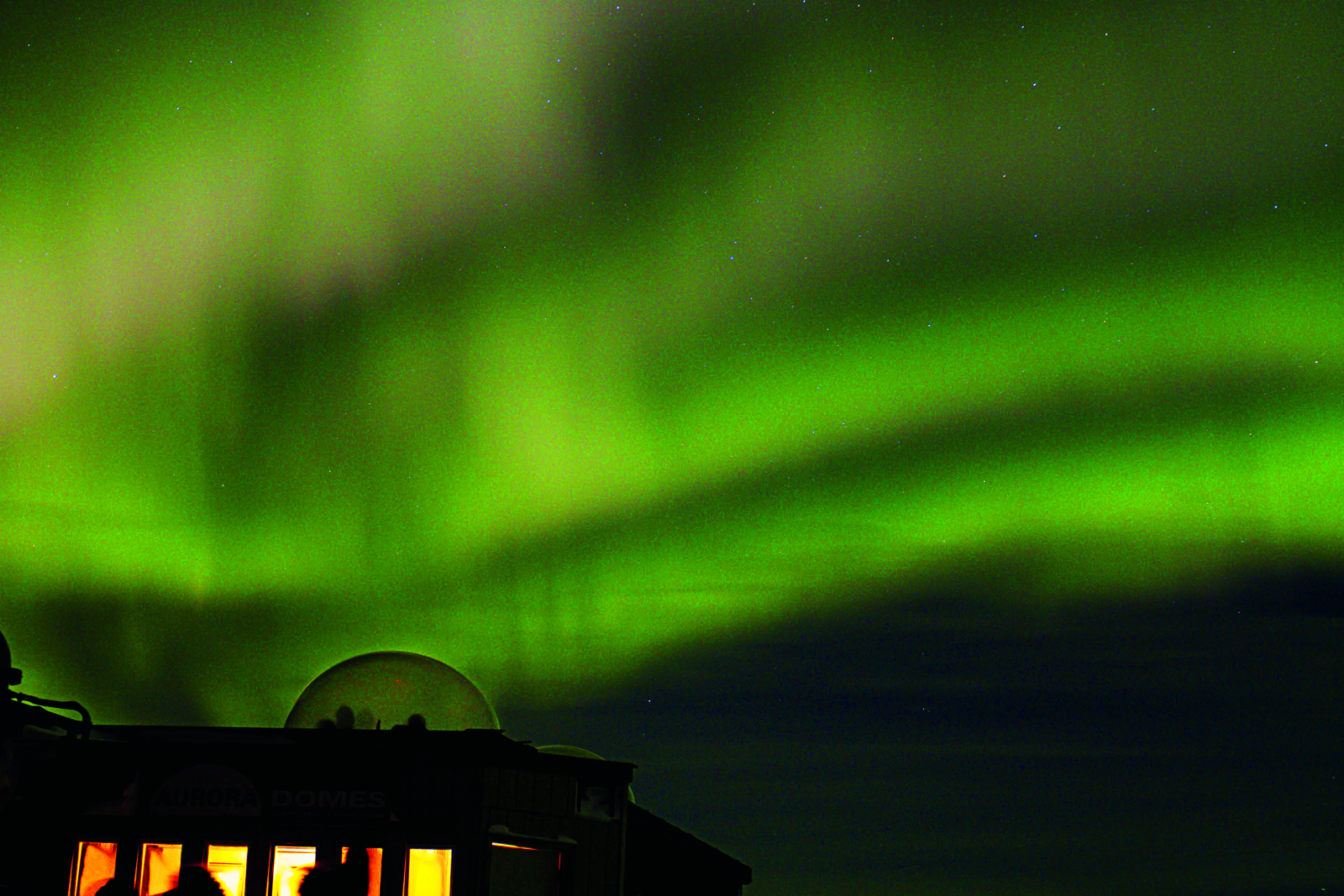 Natural Habitat Adventures offers two options for northern lights gazers. Aurora Domes are bubble-like structures made of clear Plexiglass  positioned in complete darkness outside of town. Guests relax on sofas in the dome or step up to the upper level for an unimpeded circular view of the night sky. nathab.com 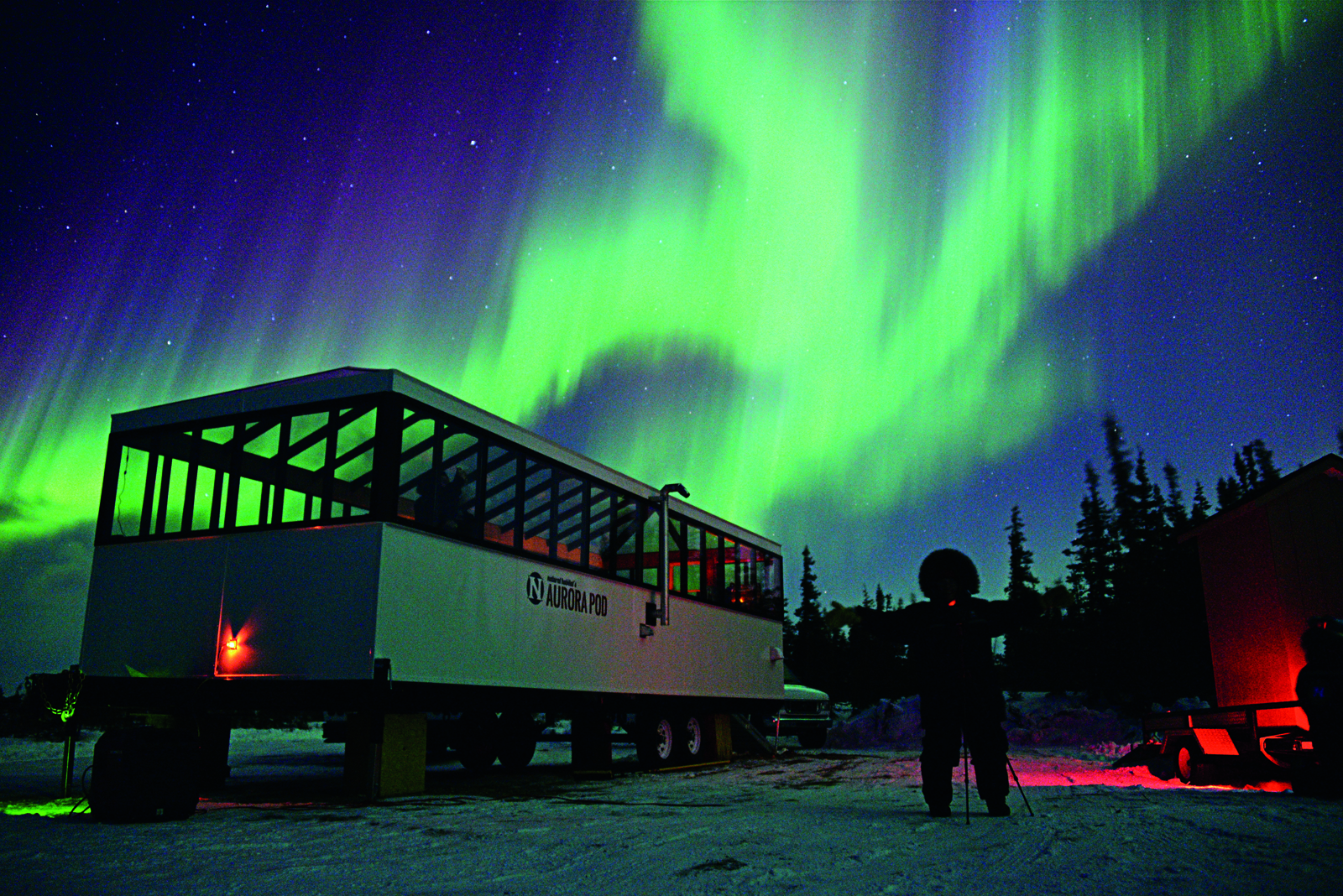 The Aurora Pod, the second offering on tours by Natural Habitat Adventures, is the newest innovation in accessibility and luxury. Custom built by Great White Bear Tours, the heated structure features a geometric glass construction and comes equipped with reclining chairs for a comfortable, 360-degree view of the northern lights. Located just outside Churchill, photographers have the option of enjoying the dancing lights from inside the Aurora Pod or capturing the spectacular display in the open air. nathab.com 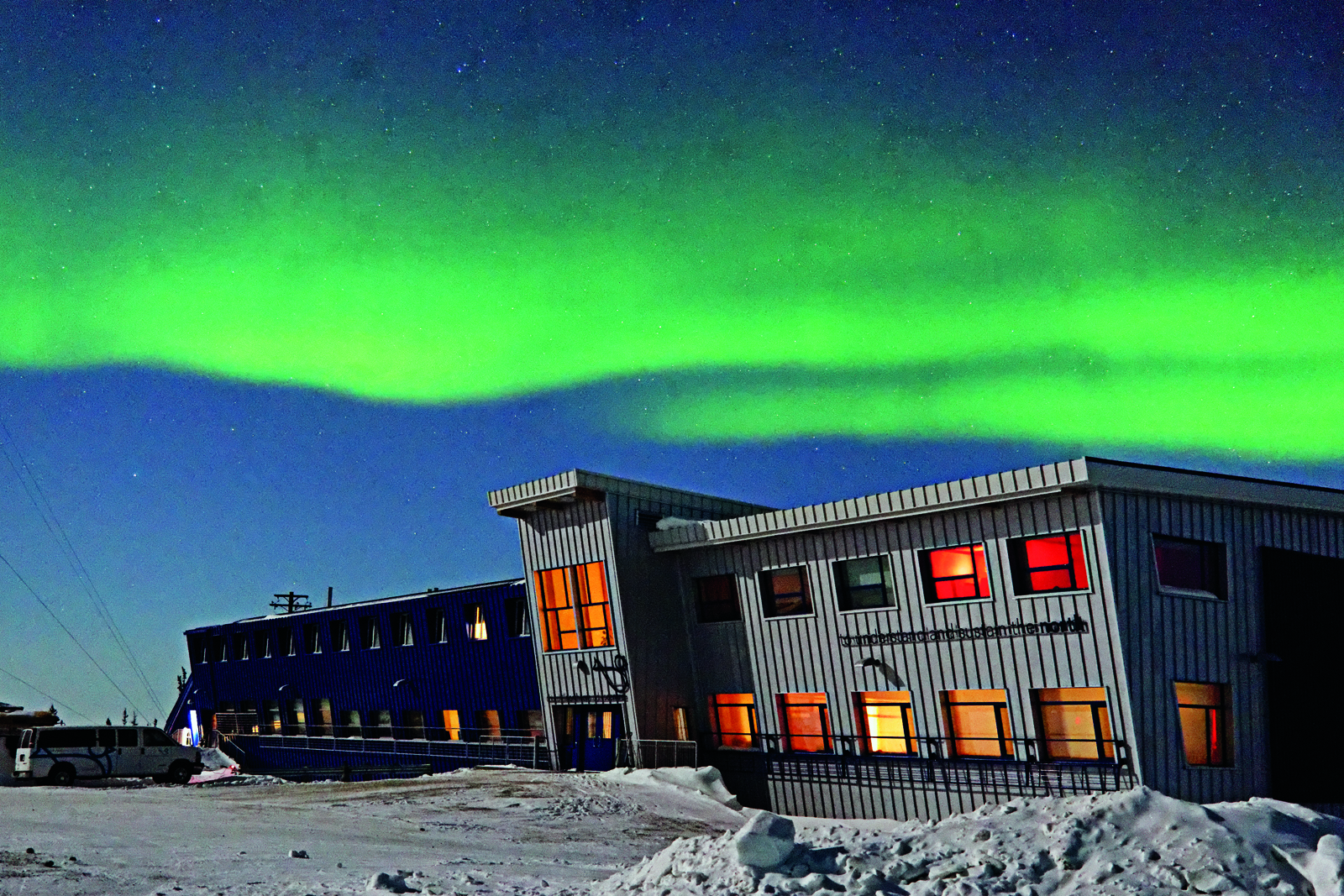 Astronomers and physicists have long visited Churchill to study space, so there’s no better place to learn more about this amazing phenomenon than one of the aurora borealis learning vacations offered by the Churchill Northern Studies Centre. During the five-day stay at the centre, guests can marvel at the aurora borealis from a heated viewing dome while an instructor explains the science behind it. churchillscience.ca

This article was created and published with the financial support of Travel Manitoba.