“I was never expecting to see such big changes — it complicates the story,” says John Smol, a leading environmental change expert and paleolimnologist, of a recent study of storm-petrel populations off southeast Newfoundland’s coast.

In the study, published in Proceedings of the Royal Society B in late January 2020, Smol (a professor of biology at Queen’s University and a Fellow of The Royal Canadian Geographical Society) and his team found that Leach’s storm-petrels and other seabirds and marine wildlife are not only confronting a range of recent human-induced pressures such as temperature changes and pollution, but are also responding to much longer-term environmental factors. Colonies have experienced significant fluctuations over the centuries:

“The [storm-petrel] population definitely declined during the recent period of human impact,” says Smol, “but this also shows that they have moved around, that they have changed on their own in the past.”

Study lead Matthew Duda, a PhD student and paleontologist at Smol’s Paleoecological Environmental Assessment and Research Laboratory (PEARL), visited the storm-petrels’ largest colony on Baccalieu Island, N.L., several times in early 2019 to collect core samples from ponds, where the species’ fecal matter is preserved in layers of sediment. Duda and Smol used biological and chemical indicators in these sediments to trace changes in seabird populations going back more than 1,700 years. 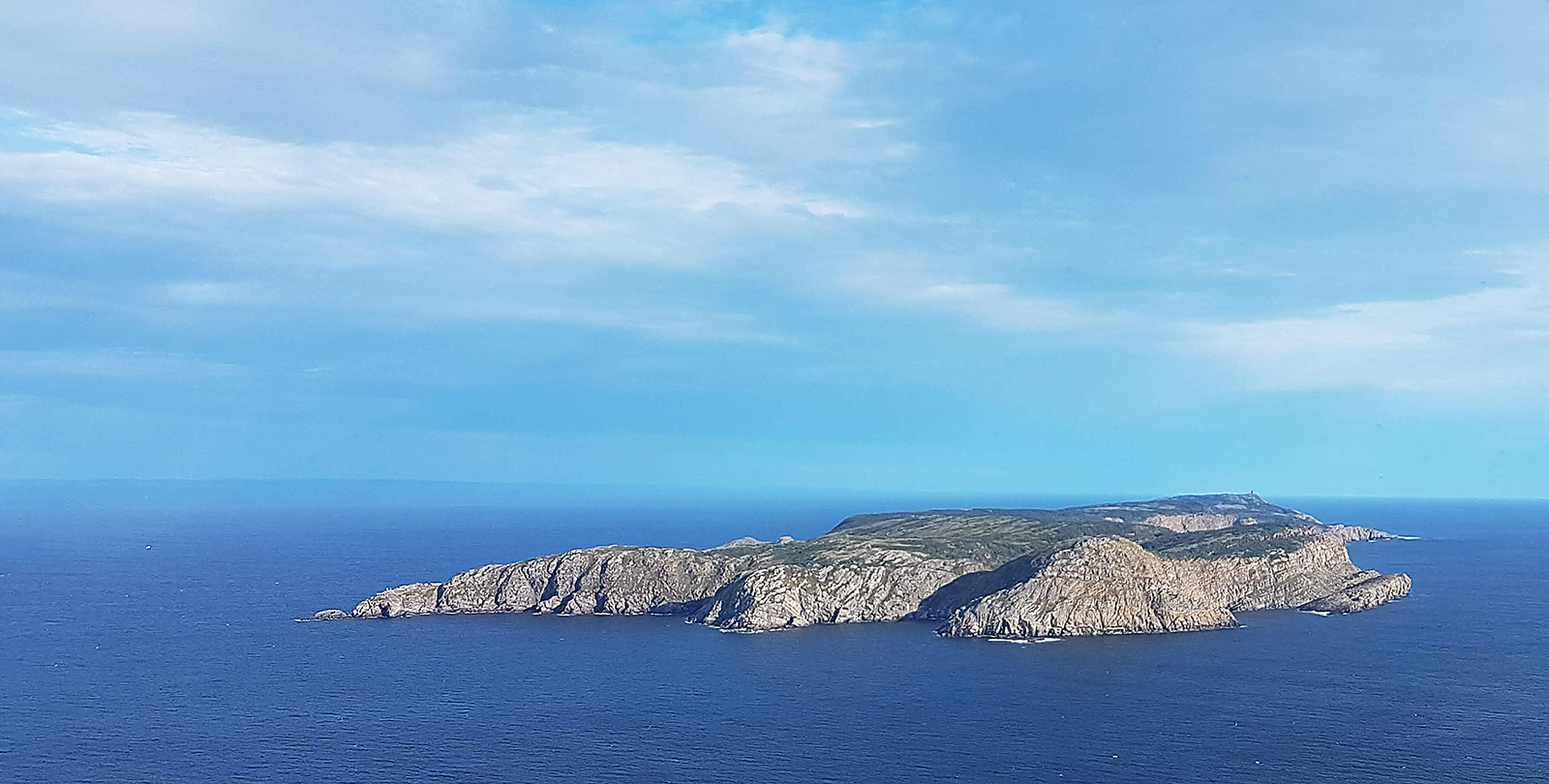 Paleontologist Matthew Duda carried out the fieldwork for the storm-petrel study on Baccalieu Island, off the coast of Newfoundland’s Avalon Peninsula. (Photo: Matthew Duda)

This paints a picture of how storm-petrel populations have changed and adapted for thousands of years before the first formal survey was performed in 1984, when an estimated 3.6 million storm-petrel breeding pairs — around  seven million adults — were counted on the island. The much larger time frame is especially valuable because by the time biologists returned for a second survey, in 2013, they counted just 1.95-million pairs — fewer than 4 million adults, and a decline of about 40 per cent in less than three decades.

“When it comes to seabirds, people generally consider large populations like we have on Baccalieu to generally be pretty stable,” says Duda.  “What we found is they’re not as stable as one would expect.” 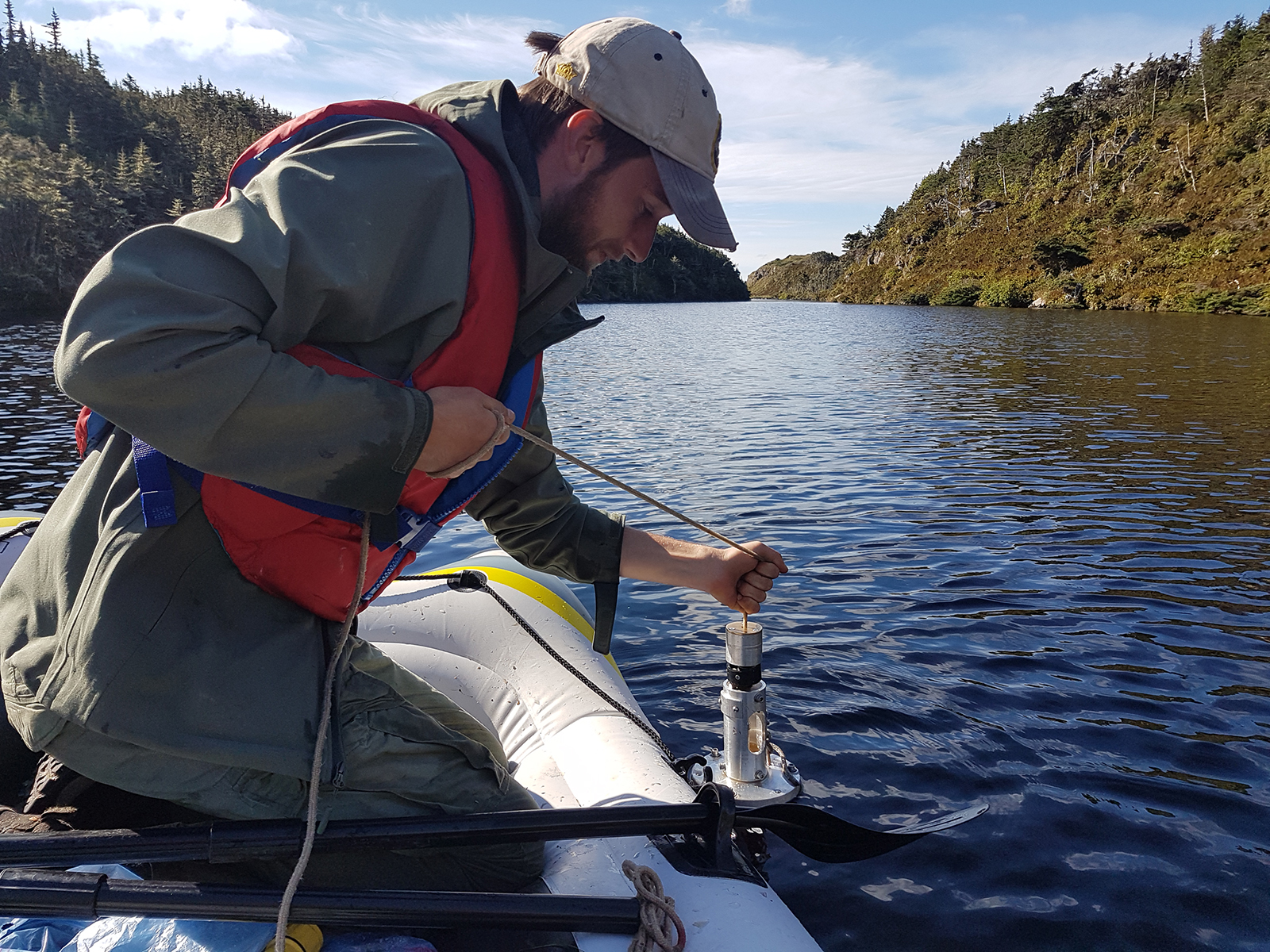 According to Duda and Smol’s research, the population of storm-petrels on Baccalieu Island peaked around AD 500 and declined afterwards, even without the influence of any Europeans. This decline was followed by an increase again around the 1800s and a decline in the 1980s.

Duda says the next step in the research is figuring out why storm-petrel populations appear to have fluctuated before human contact. The habitat, he says, may have changed in a way the researchers don’t fully understand yet.

Some declines, he says, might even be attributed to predators eating the small eggs and chicks. “There might not have been any predators on the island, but then a gull, fox or otter got into the colony somehow.” 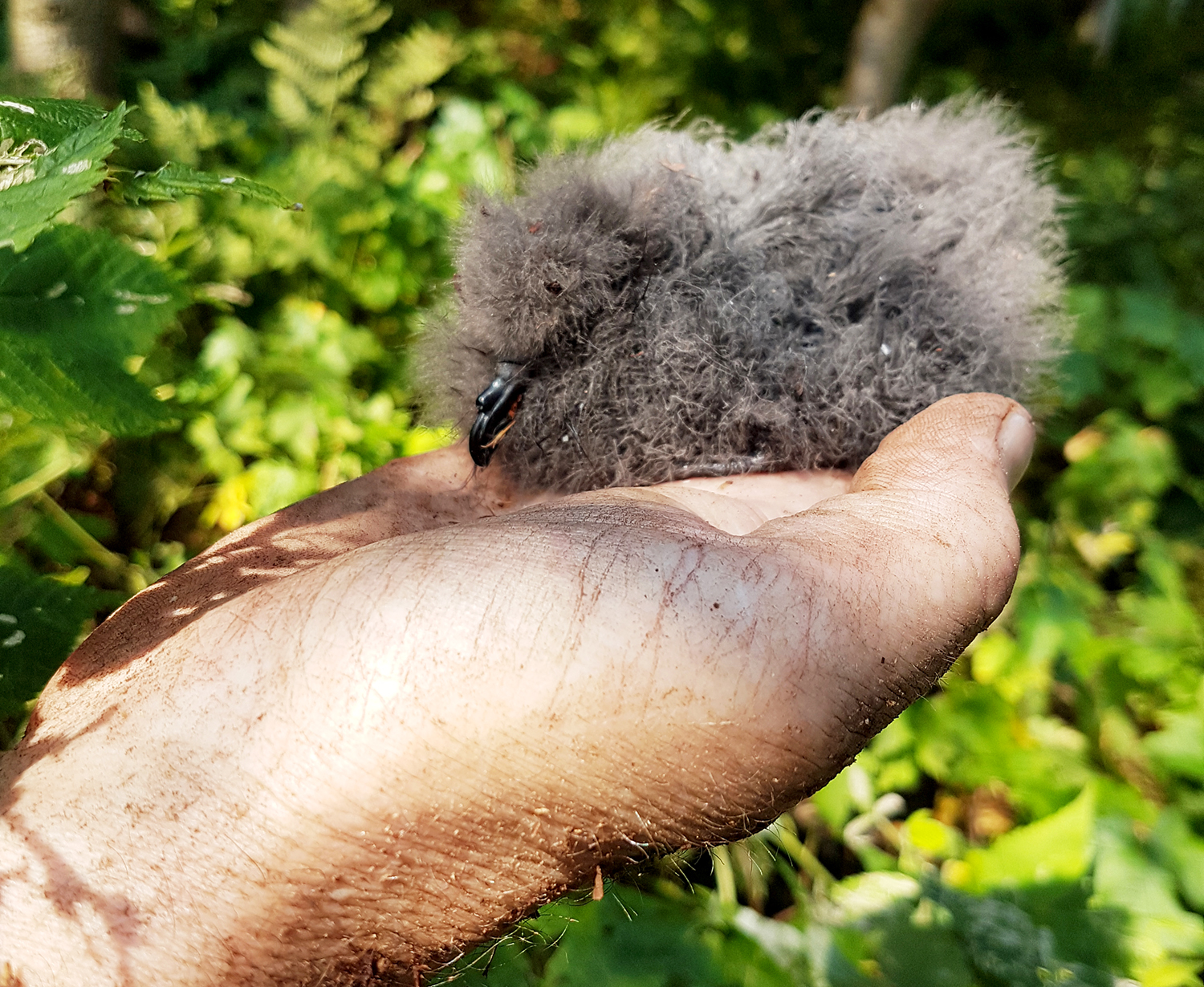 Smol says figuring out fluctuations in storm-petrel populations before human contact involves collecting data from other storm-petrel colonies, such as the one on nearby St. Pierre and Miquelon, where the population may be increasing.

“We’re going to start looking at what might be the possible drivers over a long time frame,” he says. “If the birds changed thousands of years ago, humans weren’t really the factors. We didn’t have pollution, we didn’t have greenhouse warming yet.”

According to Duda, keeping the research going will also inform more people about storm-petrels and how important they are to the North American ecosystem.

“They’re one of the most abundant seabirds we have in North America, and people outside of Newfoundland don’t really know about them. That’s a shame, because they have a huge impact on the nutritional environment.”