A major research project from the University of Alberta outlines pockets of Canada's boreal forest that may give wildlife more time and space to adjust to a changing climate
By Diana Stralberg, Hilary Cooke and Fiona Schmiegelow
June 11, 2020

From more frequent and intense wildfires to shrinking lakes and thawing permafrost, climate change is rapidly unleashing forces that are transforming boreal forest landscapes.  For the wildlife that inhabit the green forest band that stretches across Canada, finding places where this change is happening more slowly, or where climate impacts are less severe, could be critical to survival.

That’s why a large group of North American boreal scientists have been developing a framework for identifying what are known as “climate change refugia” — areas that give wildlife more space and time to adjust to the impacts of a changing climate. Led by researchers at the University of Alberta and the Canadian Forest Service in Canada, this framework can help us zero in on critical areas for conservation.

Covering 30 per cent of Canada’s land area, the boreal forest is one of the world’s most intact forest regions. Viewed from the air, the boreal region may look like a vast blanket of green, but it is actually a complex mosaic of different landforms and local climate conditions, which support a variety of boreal ecosystems. 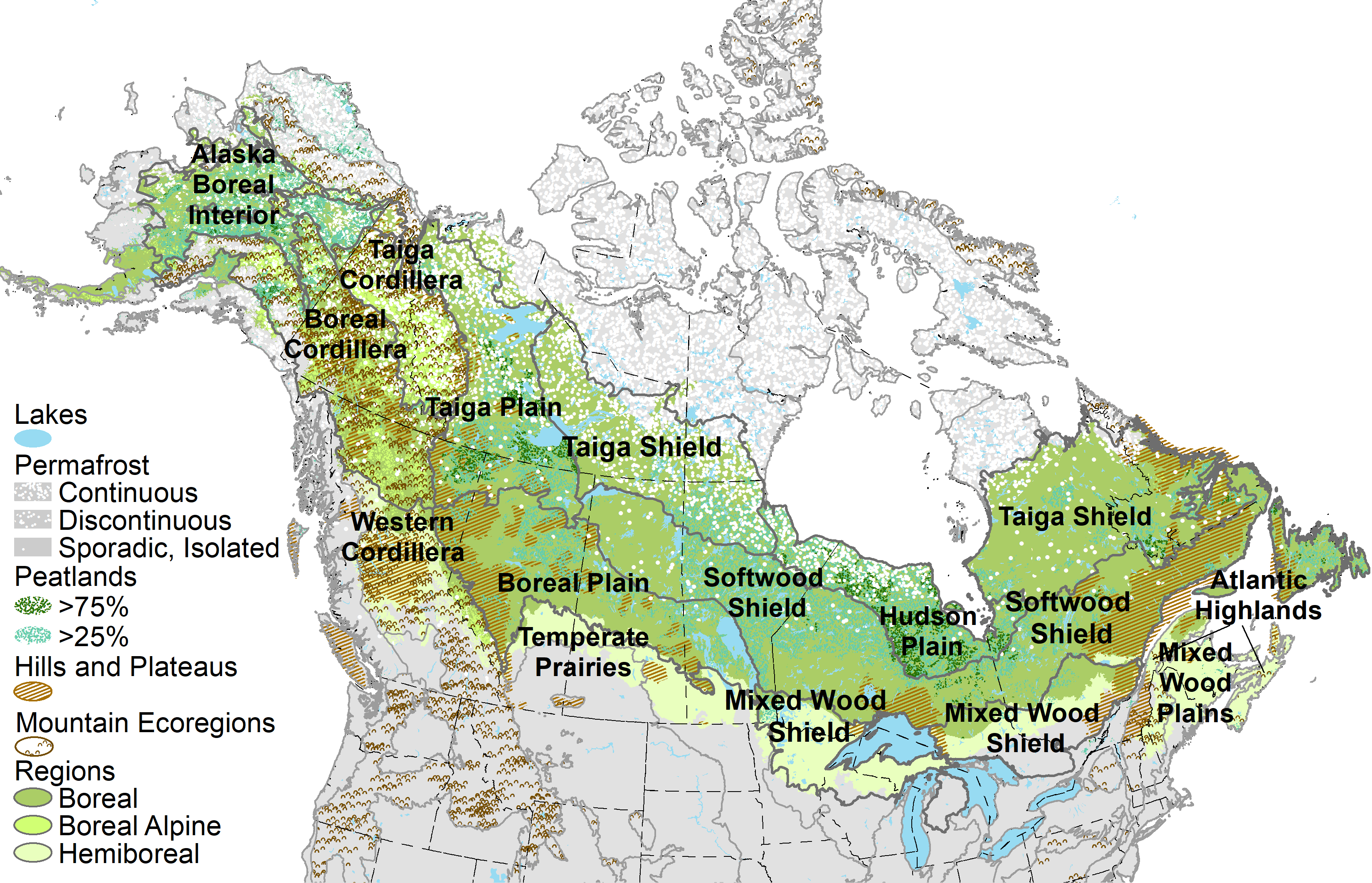 For wildlife, such areas can represent a “slow lane” for climate adaptation, where climate conditions and habitat will remain suitable for longer periods, even as warming continues to accelerate. During our research, we sought ways of identifying areas that are likely to retain their boreal characteristics over time — and allow wildlife to endure in the long run.

North-facing slopes, for example, may be cooler and wetter than those that face south. Steeply cut valleys are sheltered from the sun’s direct rays and may be skipped over by wildfire, allowing the vegetation to persist in what are known as “fire refugia.”

Areas around large lakes are likely to be more stable, as the lakes act almost like giant air conditioners for the surrounding landscape through heat absorption and by providing cooling breezes. Peninsulas and islands also provide localized shelter from wildfire, allowing pockets of boreal ecosystems to persist despite increasing fire frequency and severity. Similarly, deep and extensive peatlands retain moisture like a sponge, making them more resilient to severe fire. Peatlands are also huge storehouses for carbon, so ensuring these areas remain intact is also critical to preventing the release of additional carbon into our atmosphere. 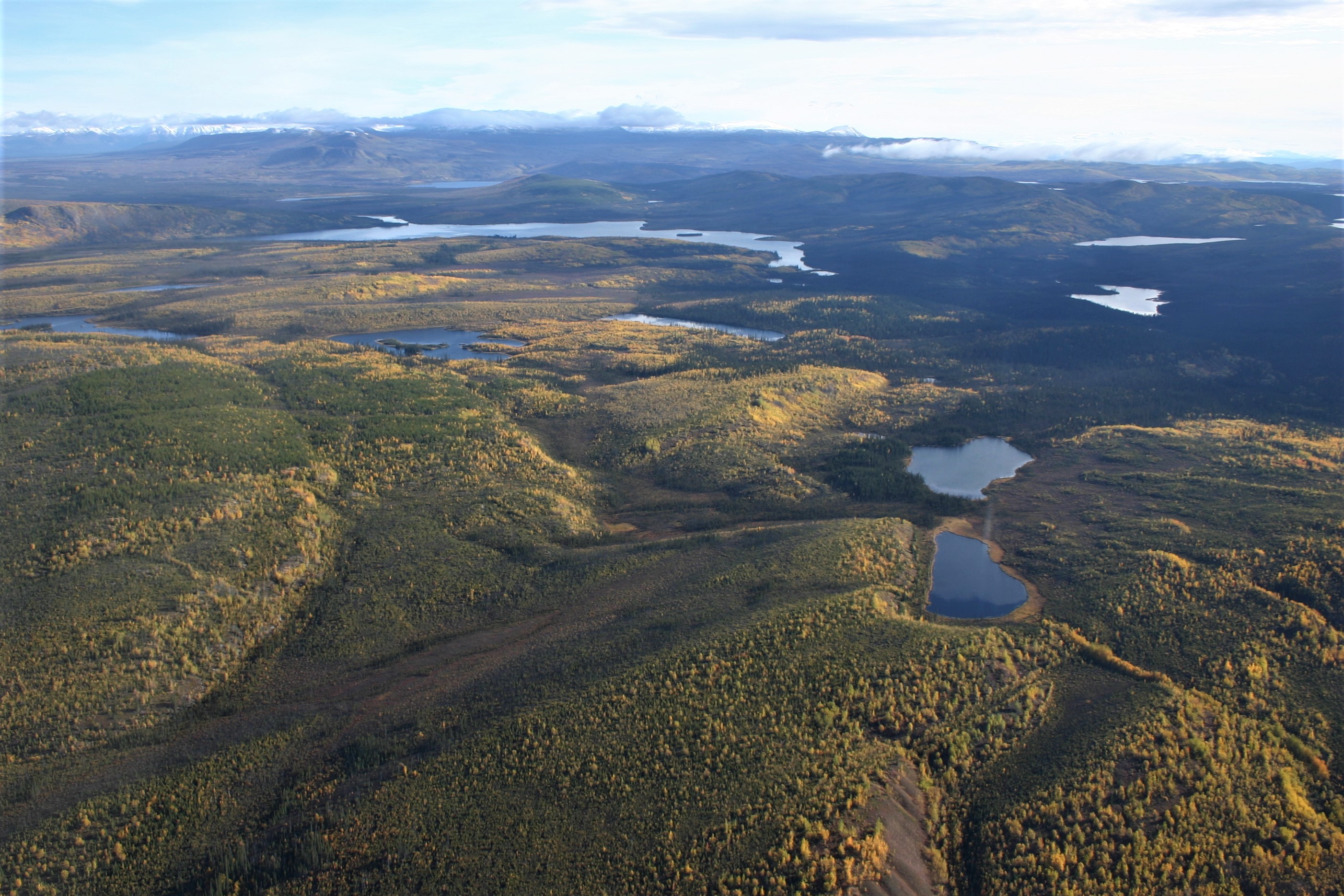 Areas around lakes may provide refuges for wildlife, like these ones in the northern part of the Yukon Plateau (Photo: Hilary Cooke)

However, even in the most stable areas, change is not just possible, but likely. Climate change refugia that are “terrain-mediated” — like higher altitude areas or shaded slopes — may become more vulnerable to change as average temperatures rise and even these relatively cooler locations warm. Other “ecosystem-protected” features, such as peatlands, may be much slower to change, but even these may be subject to “tipping points” — sudden changes caused by events such as permafrost thaw in the north, or changes in the water table caused by human activities such as road building and resource extraction.

Large intact areas offer the best chance to buffer the impacts of climate change. This is partly due to their capacity to facilitate species’ shifts across climatic gradients, like moving to higher altitudes or further north. It is also because of the large ecological inertia stored within intact ecosystems, especially in extensive peatland complexes that have developed over thousands of years, where change has always been a slow process. Equally important is the capacity of large landscapes that can accommodate the large “stand-replacing” fires that characterize the boreal region — these are fires in the overstory of a forest that can initiate forest regrowth or succession.

Canada has committed to protecting 30 per cent of its lands and waters by 2030. Understanding how to help wildlife survive the impacts of climate change should be a cornerstone of this work.  By identifying areas with strong potential to serve as climate-change refugia, we can help ensure that biodiversity protection efforts are as effective as possible.

We can also use this refugia framework to address the impacts of human activities on sites that are particularly important for wildlife survival in the face of climate change.  For example, avoiding draining peatlands through mining operations or logging old forests that have valuable climate buffering properties, can help to maintain areas that are naturally resistant to change. 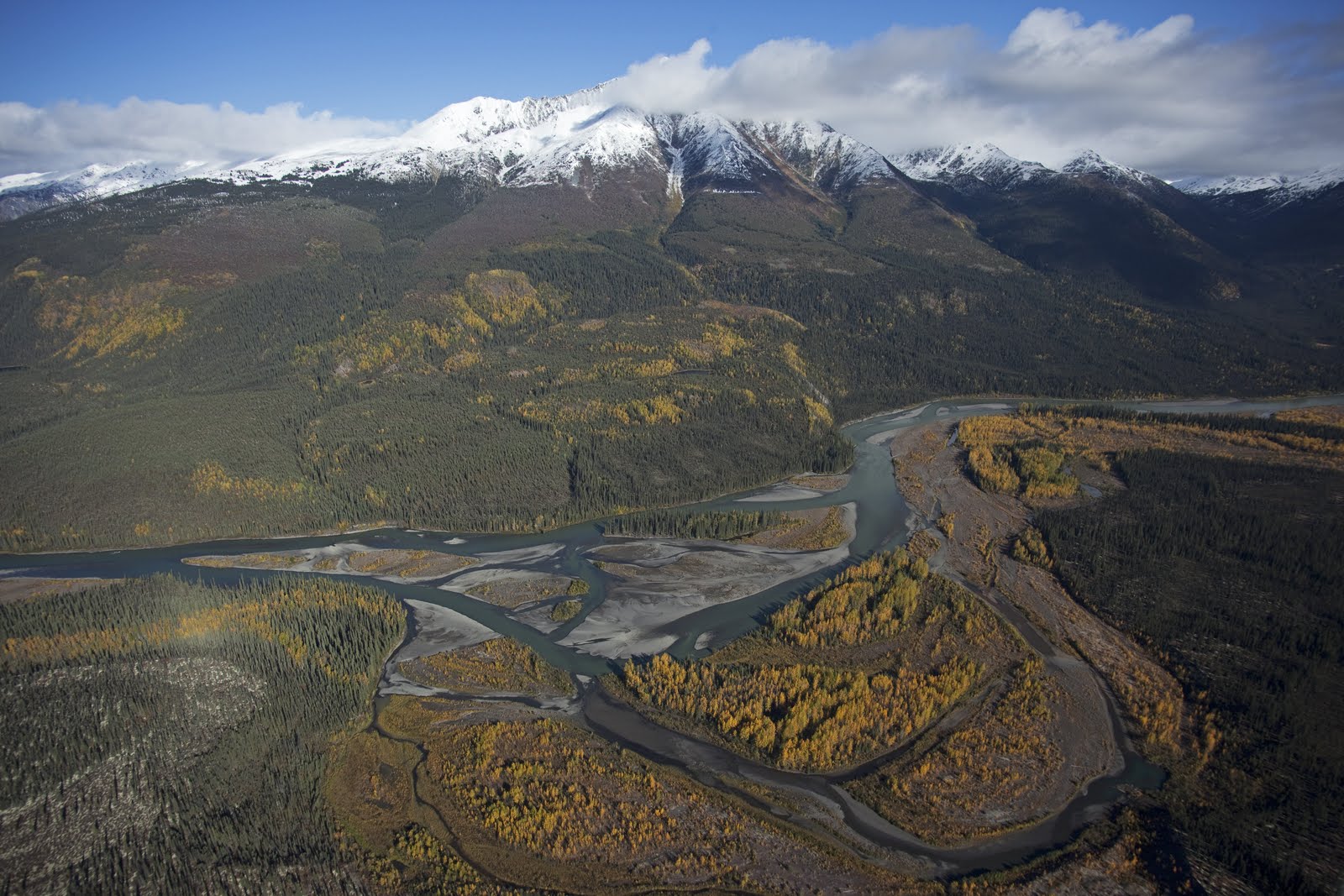 But we will need more detailed assessments to zero in on specific local sites. Wildlife Conservation Society Canada is among the organizations advocating for integration of such an approach for land-use planning in Yukon. The mountains of Yukon present opportunities to identify and protect both local terrain-mediated refugia, such as north-facing subalpine slopes, and the meanders and islands of riverine floodplains that may be less exposed to fire.

Yukon landscapes have provided refugia from sustained change in climate in the past — many species endured the last ice age in areas sheltered from the glaciers’ reach. Today, applying the refugia concept at a local scale can help us protect areas where ecosystems may persist, thus providing wildlife a window to adapt. At the same time, we also need to protect large intact landscapes that will facilitate wildlife movement between suitable areas and that will provide opportunities for researchers like us to monitor the effects of climate change.

Understanding how ecosystems respond to a changing climate is a work in progress. But we believe that we have set the stage for a critically-needed focus on areas where wildlife have a better chance of adapting to changing conditions and landscapes as their new world unfolds.