Recent aquisitions in Kenauk and Lake Superior highlight the growing number of protected lands in Canada
By Joanne Pearce
July 6, 2017

“A society grows great when old men plant trees whose shade they know they shall never sit in.” – Greek Proverb

Progress in nature conservation shares that sentiment; each step is a movement towards a bigger future goal. In the case of the Nature Conservancy of Canada, the steps have been getting progressively bigger.

Between June 1, 2016 and May 31, 2017, the Nature Conservancy of Canada acquired and finalized 56 private land conservation projects across Canada, altogether totaling 14,324 hectares of land.

“Here in Canada, we have a great diversity of landscapes that go from valleys to mountaintops. There is a network of areas we’ve studied and more and more are elected by scientists as having the potential to be monitored,” says Joel Bonin, vice president of the Nature Conservancy of Canada Quebec region, when asked about the purchases.

The group recently celebrated the acquirement of Big Trout Bay on June 16, a dense coastal boreal forest that is home to species such as the bald eagle and peregrine falcon. The statement came shortly after another announcement of their historic purchase of the 6,000-hectare Kenauk property on June 6.

“We have a lot of pride from this accomplishment, and a sense of responsibility, but we are also looking to the future. There is so much potential for the [Kenauk] landscape to become a natural learning laboratory,” says Bonin. 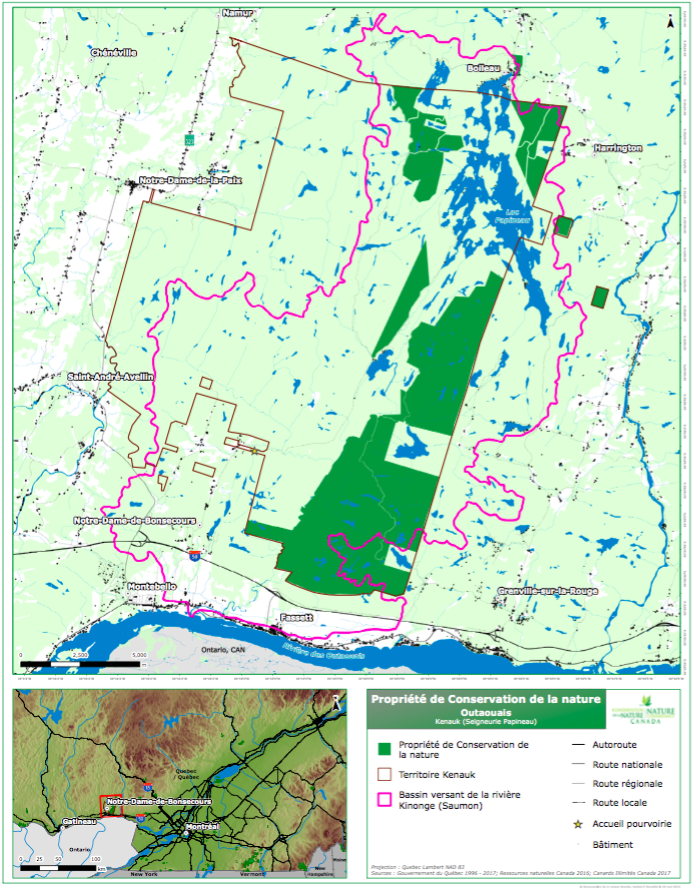 Map of the area of conservation in Kenauk (Seigneurie Papineau), which located in-between Montreal and Ottawa. Photo: (Nature Conservancy of Canada)

The property, once called “Seigneurie Papineau,” is land that has been conserved and passed down in the family of Louis­-Joseph Papineau, a famous Patriote leader who was elected to the Assembly of Lower Canada in 1809.

The long history of protection has led researchers to characterize the land as “pristine."

“It is interesting place to work for that reason in particular. There has been quite a limited forest tree activity in the last century, so forestry has not had a major impact on ecosystem and watersheds,” says Marie Larocque, a Université du Québec à Montréal hydroecologist who is conducting research on the property. 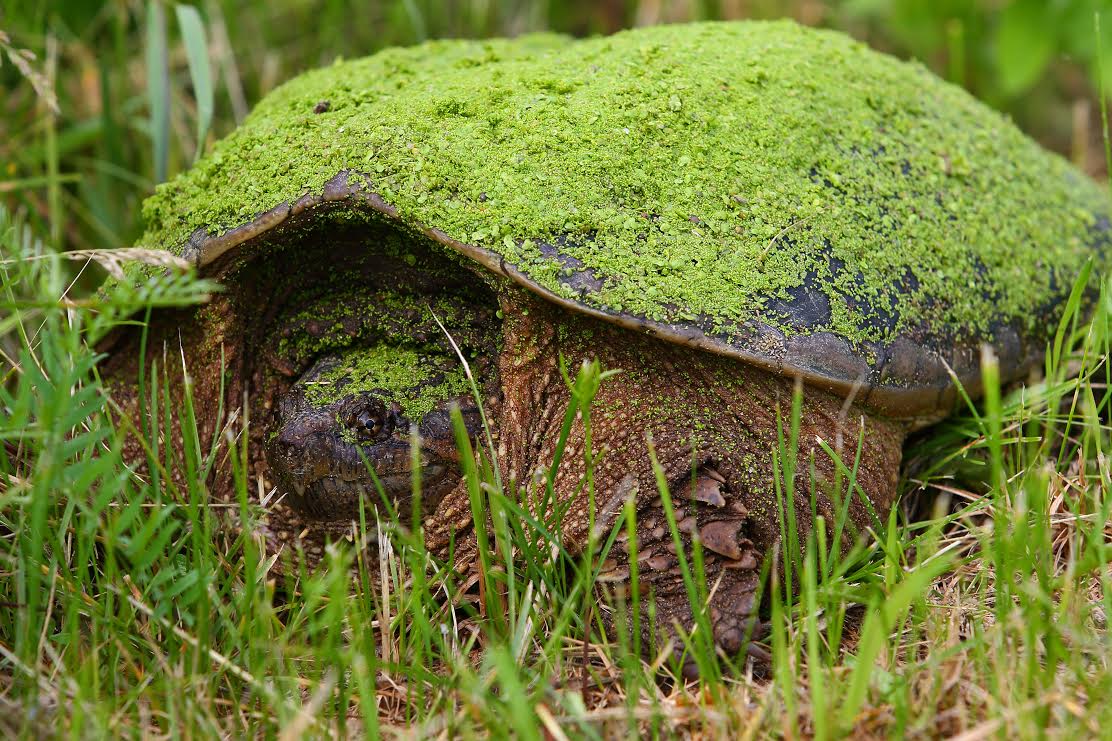 The two pieces of newly acquired land are important, but small pieces in a bigger puzzle, says Bonin.

“As a society and government, we have a very important role to play. It is not just that our gardens and street fronts and mountains should be left alone. We are responsible for our landscape.”

Investments in land made by the Nature Conservancy of Canada are matched by the federal and provincial government, with additional donations provided by the private sector and individual Canadians.

These purchases are important steps towards taking care of a rapidly changing landscape, says Bonin.

“With a changing atmosphere and climate, we must at least maintain some viable components of our terrestrial and aquatic landscapes so species can move freely around."

Growing research is showing that species are moving northwards to find cooler habitats due to global warming. The individual purchases are kind of a “see the forest for the trees” situation; each purchase bringing another connection to the future network of protected land.

“We want to be able to ensure that we will continue to have the legacy of our values, in every tree, every river, and every pond,” says Bonin.