More than just a game: Iroquois Nationals fight for inclusion in the 2022 World Games

Despite being the originators of lacrosse, the Haudenosaunee people are facing hurdles to have their sovereignty recognized on the international sports stage
By Samantha Pope
August 11, 2020

For the Haudenosaunee, lacrosse is a game of peace and respect. The sport, known to them as the Creator’s Game, embodies the values that have been instilled in their culture forever:playing the game means playing with a clear heart and mind.

When their professional lacrosse team was told they would be barred from competing in the 2022 World Games in Birmingham, Alabama, despite coming in third at the qualifying men’s world championships, they did not angrily call for other teams to boycott. Instead, the Iroquois Nationals are calling on a peaceful, respectful and diplomatic resolution.

The Haudenosaunee is a confederacy of six First Nations that include Mohawk, Oneida, Onondaga, Cayuga, Seneca and Tuscarora Nations. The Iroquois Nationals, a team fully recognized by World Lacrosse, represent this confederacy.

As the creators of the sport, lacrosse holds a spiritual connection for First Nations. Stick makers scout out worthy hickory trees that they can craft into lacrosse sticks and special ceremonies are organized to give thanks to the tree that gave its life to make them.

On the professional stage, the Iroquois Nationals draw in large crowds to their games and are well respected by fans and competitors, says Iroquois Nationals executive director Leo Nolan, as they are one of the top-ranked lacrosse teams in the world.

“Our merchandise flies off the shelves at every tournament. We have the biggest fan base in these tournaments,” he says. “People love to watch the Iroquous Nationals.”

The organizing committee for the World Games released a statement acknowledging the accomplishments and contributions of the Iroquois Nationals, but say they are following the rules set out by the International Olympic Committee. The criteria states that for a team to be considered a “country,” they must be an “independent State recognized by the international community.”

Being excluded from the World Games came as a shock to the team, says Iroquois Nationals board member Rex Lyons, but is also very reflective of the many hurdles the Haudenosaunee have continually faced to have their sovereignty recognized.

“It’s our game — we are the originators of the sport. That’s why it’s so frustrating to deal with these roadblocks and hurdles that are not of our design,” he says. “You would think in the year 2020 we could move past this, but the deck is always stacked against us.”

Despite having 800 treaties signed by the United States and First Nations communities and legal travel documents that allow them to maintain a sovereign status independent from both Canada and the U.S, the team is still seeing their sovereignty come up as an issue while competing in international competitions.

In 2010, the Nationals were denied entry to the United Kingdombecause their Haudenosaunee passports were deemed invalid. In 2018, the team faced travel delays on their way to Israel to compete in the World Lacrosse Championships because of their Haudenosaunee Confederacy passports.

“We have been who we are since the beginning of time. People need to stop pretending like they don’t know who we are,” Lyons says. “You don’t ask for permission to be sovereign. It’s not how it works.”

The Iroquois Nationals not being allowed to compete in the World Games caused a stir in the lacrosse world, with people reaching out to the team and players in solidarity. As of August 9, a petition calling for the team’s inclusion into the World Games and other countries to refuse to participate has garnered more than 51,000 signatures.

“People who have reached out to me are in shock. It makes no sense to them that a world lacrosse team is unable to compete in the World Games that have been around for hundreds of years,” says Lyle Thompson, an Onodaga lacrosse player ranked number one in the world. He, points out that it is just a coincidence that in 2022, the World Games are being played on Native land. 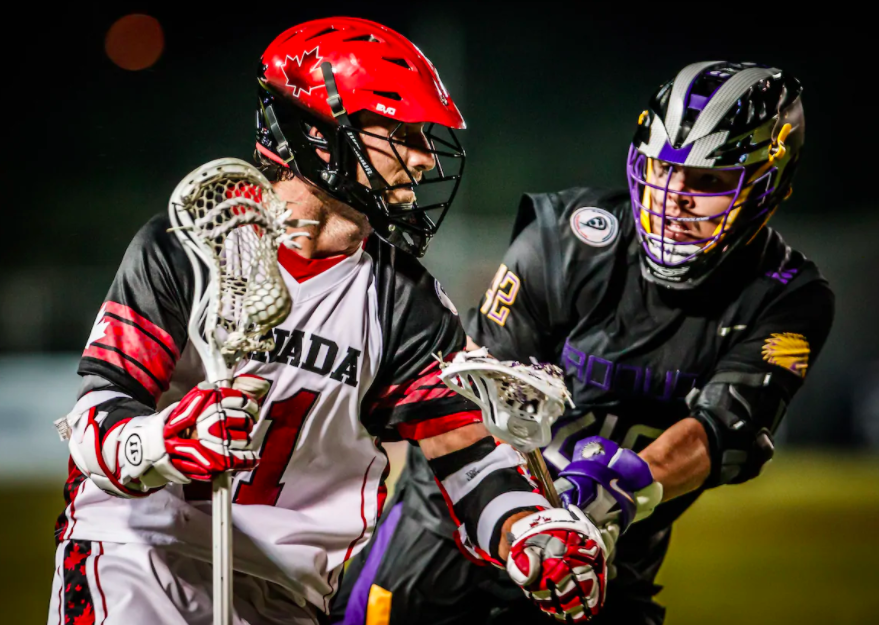 The Iroquois Nationals are one of the top-ranked lacrosse fields in the world, coming in third at the qualifying men’s tournament. (Photo: Canadian Lacrosse Association)

Currently, if a First Nation wanted to compete in the Olympics in other sports like basketball or track and field, they would have to play for Team Canada or Team USA.

“That’s part of what I am fighting for. I want to be able to make a difference within our communities, because many people don’t identify with being American or Canadian,” Thompson explains. “In a small sense, everything we are talking about here is First Nations fighting for their identity.”

“When you take a look at the landscape of the sports world, the Iroquois Nationals are the last of the Indigenous people being represented at the international level,” he says. “We are named the Nationals for a reason—we recognize the Haudenosaunee people.”

Thompson says being able to compete in Birmingham is part of a much larger fight for inclusion and he says he is optimistic this will be resolved. He adds the goal is to compete as a national team in the 2028 Olympics.

“We are continuously jumping these hurdles, and the question is when are we going to take the next step for the next generation?” Thompson says. “My dream is that my kids will be able to compete in the Olympics and represent our people.