The Future of Michif program aims to inspire the next generation of Métis to learn their traditional language and educate Canadians on Métis history and culture
By Can Geo Staff
January 22, 2020

Around the world, Indigenous languages are in peril, some with only a handful of speakers still living. For Métis in Canada, the extinction of the Michif language is a very real possibility if action is not taken to preserve it. According to the most recent census data from Statistics Canada (2016), there are only 1,210 people in Canada who speak Michif, either as a first or second language.

That’s why the Métis Nation-Saskatchewan is embarking on an ambitious project to reverse the loss of the Michif language. MNS President Glen McCallum announced the Future of Michif program, a multi-faceted educational initiative designed to get more Métis speaking their traditional language, at an event at the Gabriel Dumont Institute headquarters in Saskatoon on Wednesday.

“We have to implement language preservation because it is so important for our people,” said McCallum. “When we know our language, we shall never forget who we are as Métis. Identity, language, and culture are important to our Métis Citizens.” 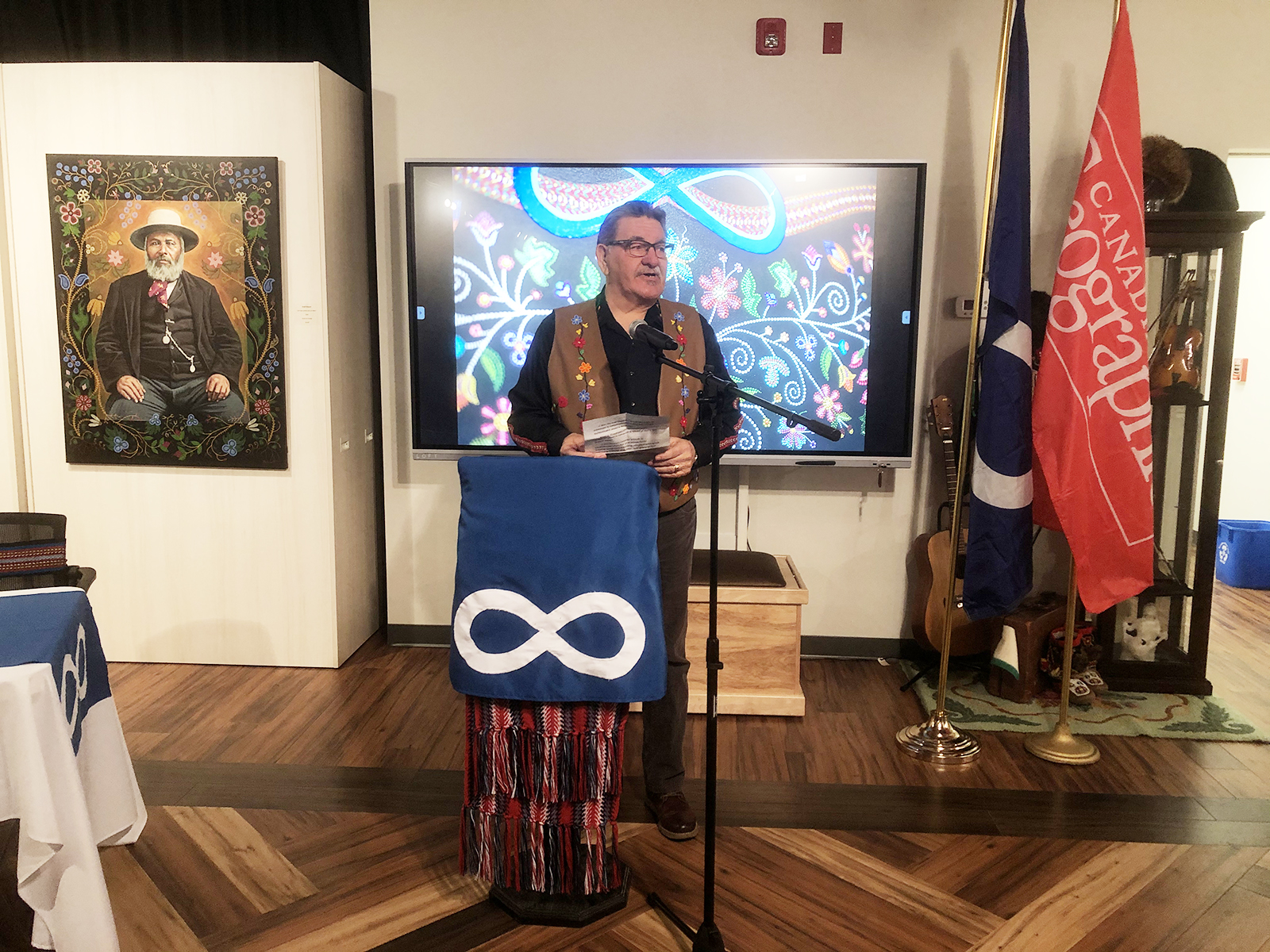 MNS is collaborating with Canadian Geographic and its cross-Canada network of educators on the Future of Michif program to bring this celebration of Métis language and culture into the national consciousness. Elements of the project will include the creation of a Michif Language Speakers Bureau to promote and teach Michif; an online Michif language conversation forum on the MN-S website; a free, summer camp-style program for Métis youth focusing on Michif language learning during the 2020 Batoche Days celebration, and a Michif language training program for educators. Additionally, a feature story on the Michif language and associated poster map will appear in an issue of Canadian Geographic magazine.

Canadian Geographic’s involvement in the program builds on the success of the Indigenous Peoples Atlas of Canada, which it developed in partnership with the Assembly of First Nations, the Métis National Council, Inuit Tapiriit Kanatami, the National Centre for Truth and Reconciliation and Indspire, and which went on to become a national bestseller.

Gilles Gagnier, publisher and chief operating officer of Canadian Geographic Enterprises, says the Future of Michif program is an exciting opportunity to support the Métis People of Saskatchewan in growing the number of Michif speakers and helping Canadians learn more about the language. “Our experience in publishing the Indigenous Peoples Atlas of Canada was instrumental in guiding Canadian Geographic on its first steps on the path to reconciliation,” he said. “We are proud to continue this important journey, in partnership with the Metis Nation – Saskatchewan.”