Canada's brightest young geography stars are on their way to Ottawa, where they'll meet underwater explorer Jill Heinerth, host of the May 27 live final
By Tanya Kirnishni
May 23, 2019

It's that time of year again! Twenty students from all across Canada are about to arrive in the nation's capital for the Canadian Geographic Challenge national final. Taking place from May 25 to 27, this annual competition tests the country's brightest young students on everything geography-related as they compete for the title of National Champion.

The Challenge, aimed at students in grades 7 to 10, drew more than 22,000 participants this year. The 20 students that qualified for the national final will take part in a written test and a fieldwork round once they arrive in Ottawa, with only the five highest-scoring students moving on to the live final, which will take place at 50 Sussex, Canada's Centre for Geography and Exploration.

World-renowned underwater explorer Jill Heinerth, who is also the inaugural Explorer-in-Residence for The Royal Canadian Geographical Society, will be hosting the high-stakes final round. Only one student will be crowned champion, but each of the five finalists will earn a berth on One Ocean Expedition's 10-day East Coast Fins and Fiddles expedition cruise.

As a preview to this coming weekend, scroll down to read more about this year’s finalists—their hobbies, favourite subjects, role models, and dreams for the future.

Akib loves to read novels and articles in his spare time, and in the summer, he volunteers at a day camp. His favourite subjects are geography—specifically political geography and demography—as well as biology, chemistry, and business-technology. Akib has a wide range of career interests, from working in immunology or genetics to computer programming. 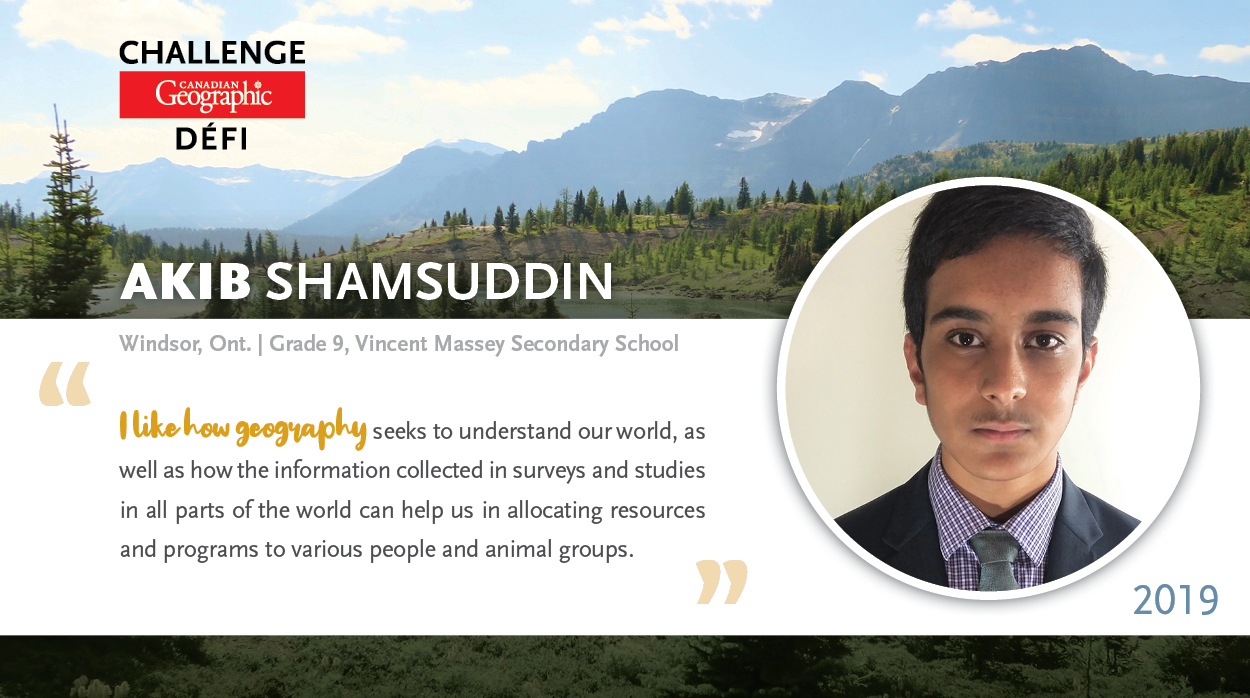 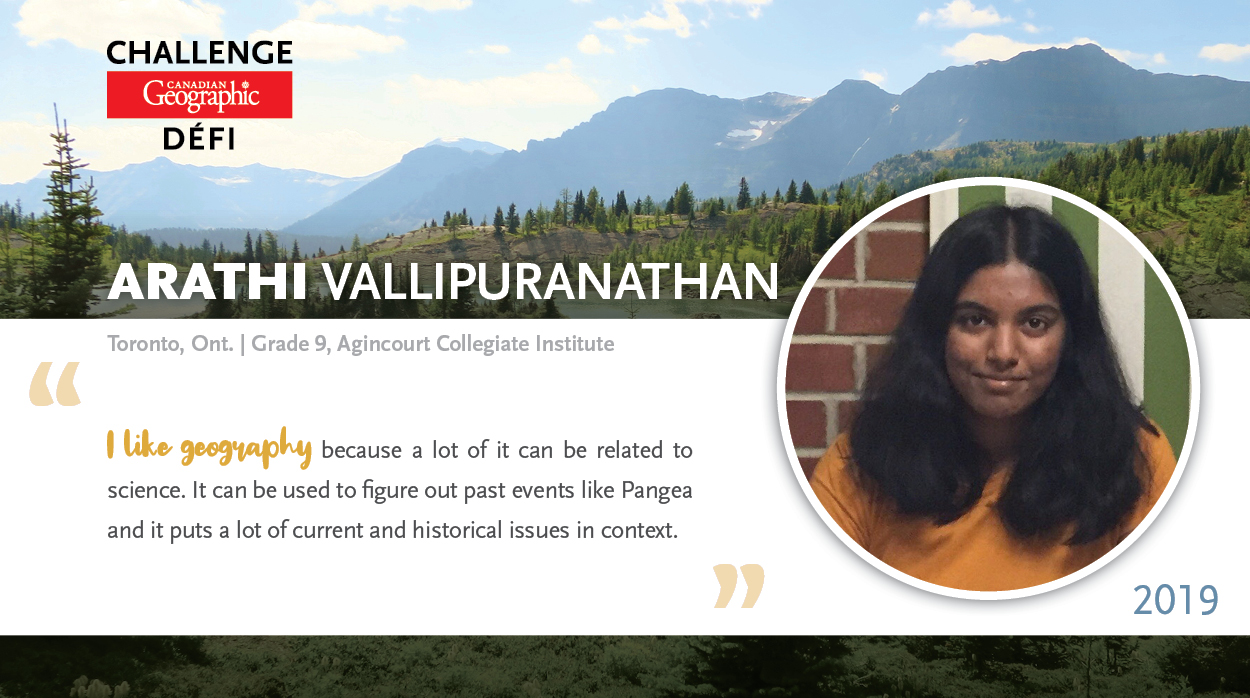 Awad is very active in his school community, participating in student government, speech and debate club, as well as competing in the Science Olympics, science fair, and Reach for the Top. He wants to become a lawyer, politician, or diplomat or to work in international relations. Awad admires Martin Luther King Jr. for his pacifist approach in fighting for civil rights. 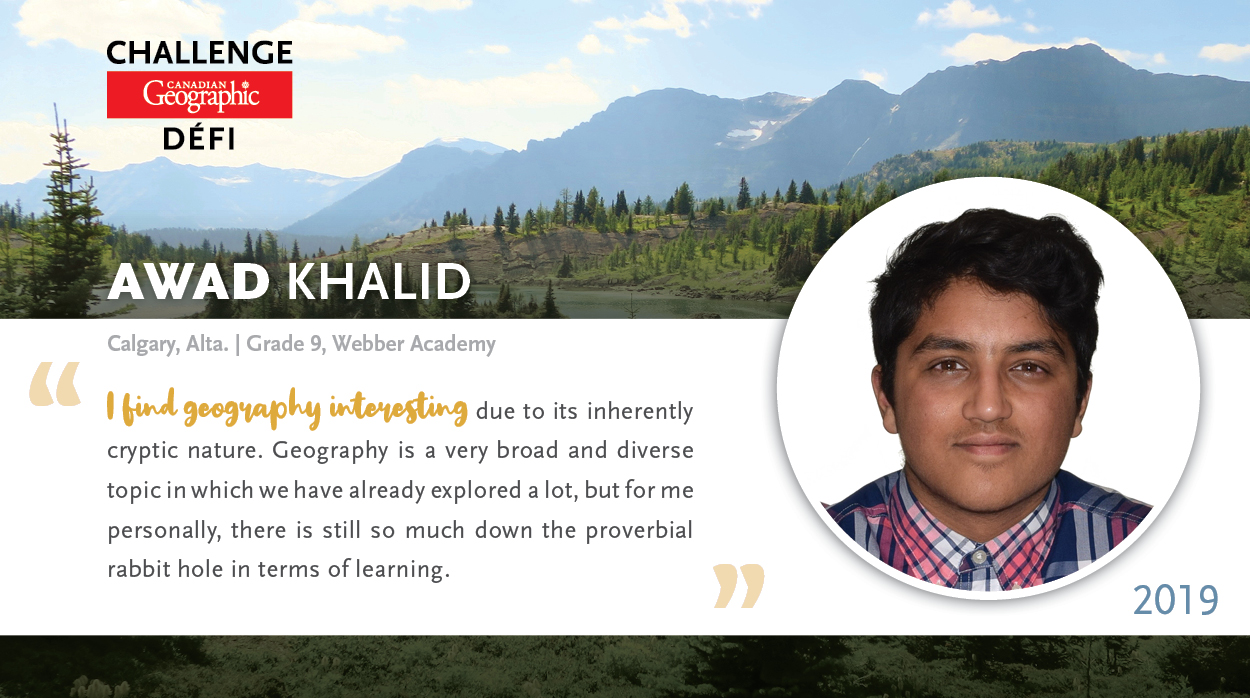 David is happiest when he’s in the great outdoors—hiking, camping, and canoeing. David takes trumpet lessons and participates in his school’s band and senior jazz band. He likes to travel, having been to several provinces in Canada, and more recently Russia, where he had a chance to meet his role model, Canadian astronaut David Saint-Jacques. 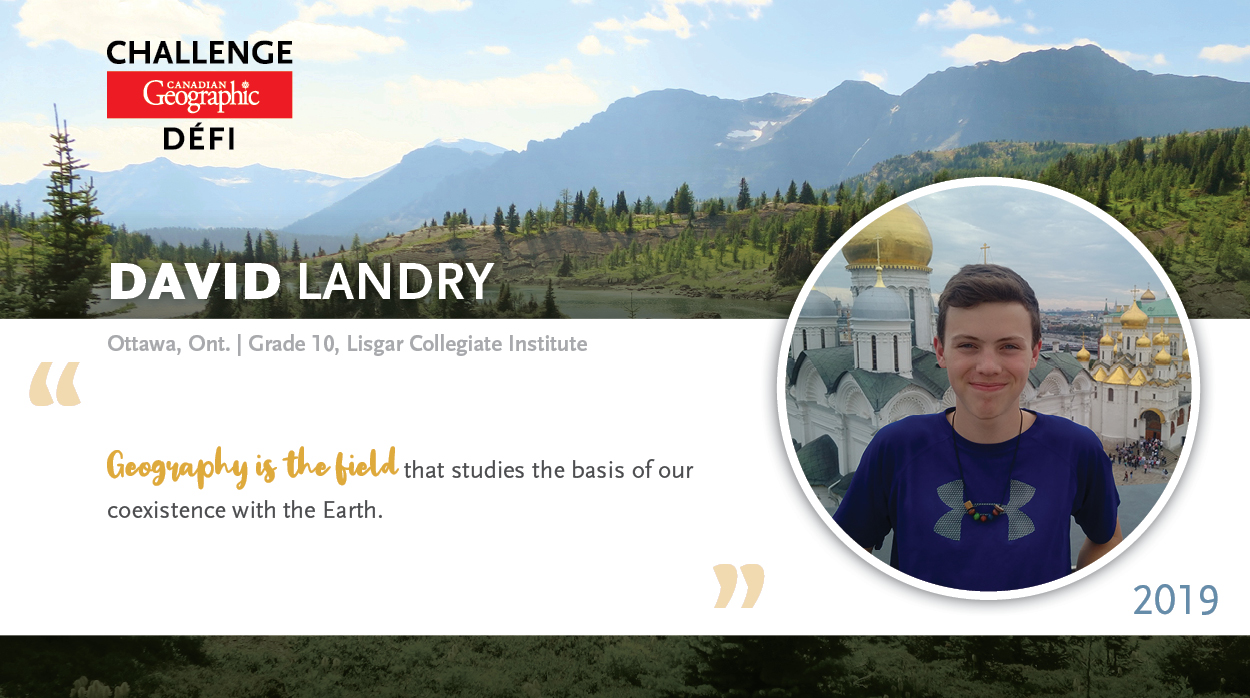 Jonathan is an avid reader with a love for adventure novels. He also likes to draw, play with LEGO, and collect everything from coins and stamps to shells and sea glass. Jonathan takes swimming and piano lessons, and in his spare time volunteers at the local library. He wants to someday work as an archivist or librarian. 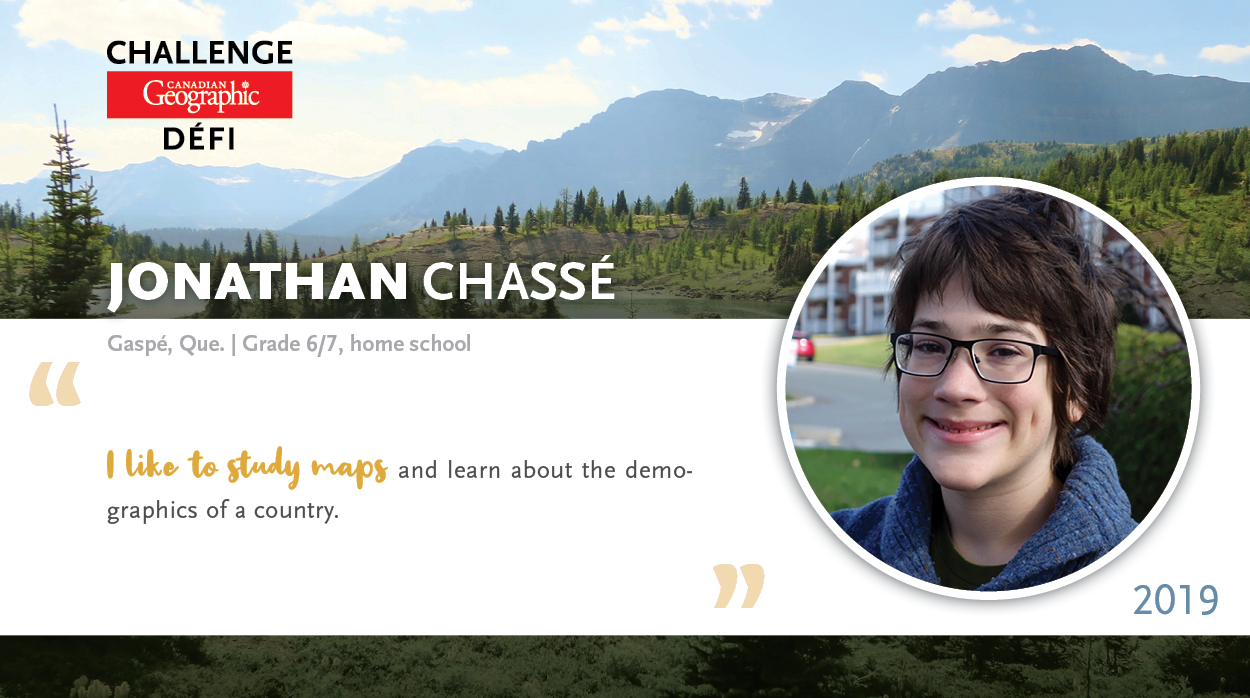 Joshua is involved with his school’s Math Challengers team, Reach for the Top, and is in the Royal Canadian Air Cadets. Joshua is interested in becoming an aerospace engineer or a pilot, and also wants to get involved in politics. Joshua draws inspiration from his role models Col. Chris Hadfield, Bear Grylls, and the late Sen. John McCain. 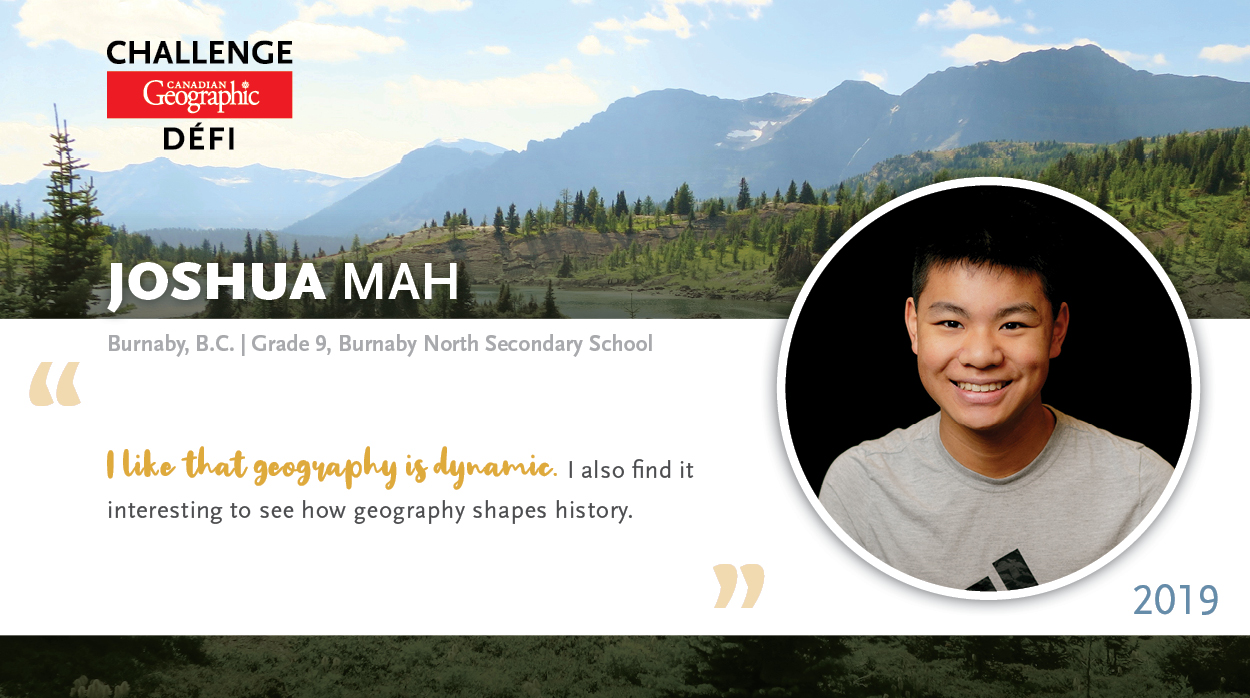 Justin loves to read in his free time, especially science fiction and historical fiction, or play video games. His favourite subjects are math, science, and social studies. Outside of school, he takes fencing classes, flute lessons, and swimming lessons. Justin doesn’t yet know what he wants to be when he grows up, but he is interested in law or medicine. 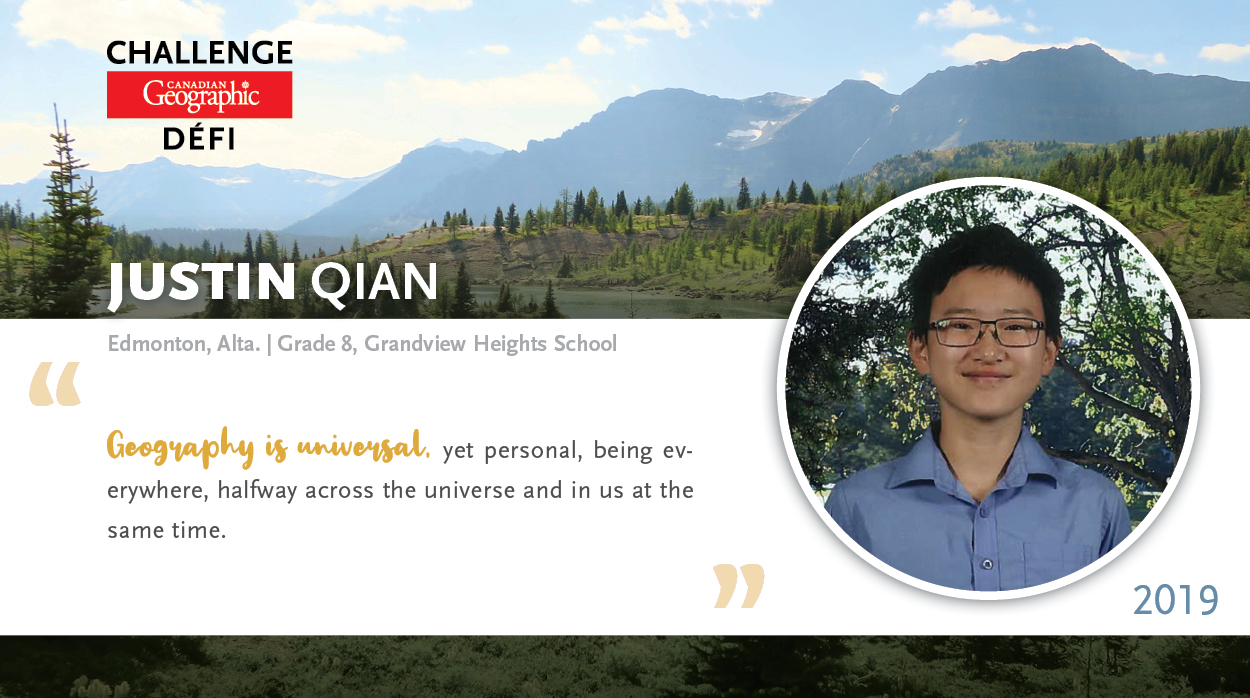 Keith is a Renaissance man, with a passion for both arts and sciences—he is part of his school’s physics club, Reach for the Top, computer coding club, school band, and acts in the local theatre. Keith is interested in a career in engineering, computer sciences, physics, or teaching in a STEM field. Family is important to Keith and his role model is his grandfather. 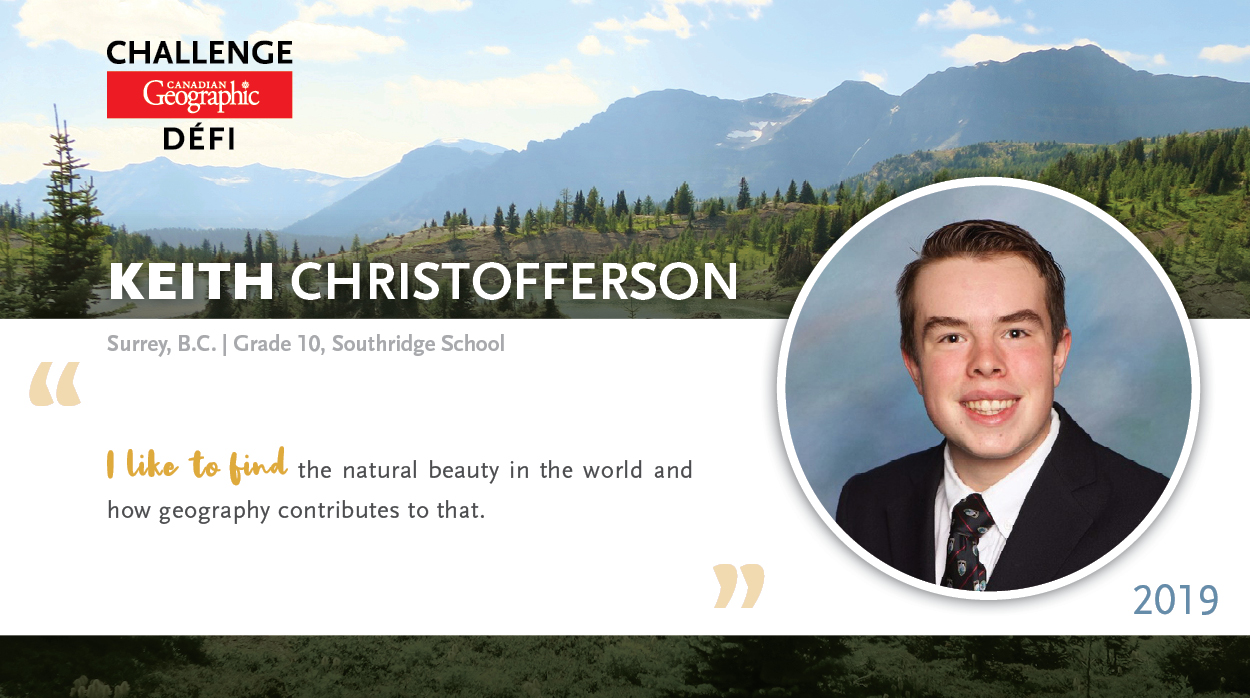 Matthew is a sports fan and enjoys watching soccer and basketball, as well as playing soccer and tennis. His favourite subjects in school are physical education, biology, and African Canadian studies. Matthew’s love for sports extends to his career goals and he wants to become a sports journalist or a coach. 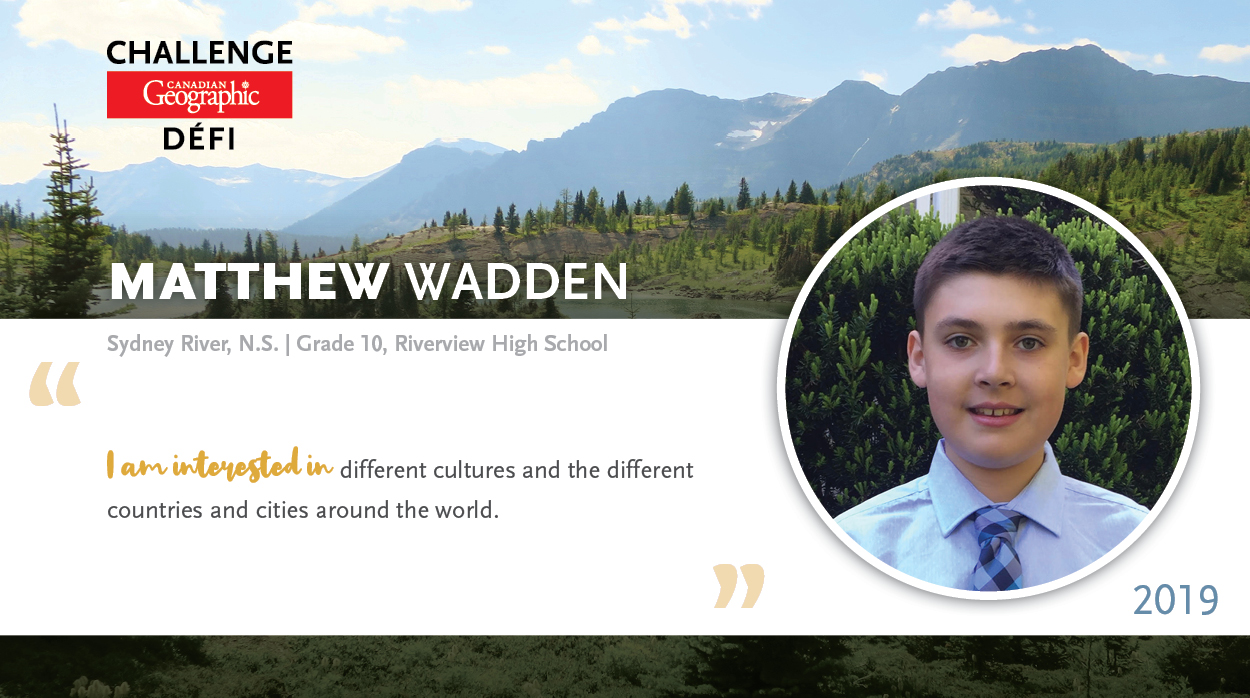 Matthew looks up to his brother, parents, and teachers as role models, who have supported his love for geography. Matthew plays piano, and participates in band and orchestra, as well as Reach for the Top, Geo Club, and Model United Nations. He loves to read, and watch documentaries or videos about geography, history, sports, and Jeopardy! 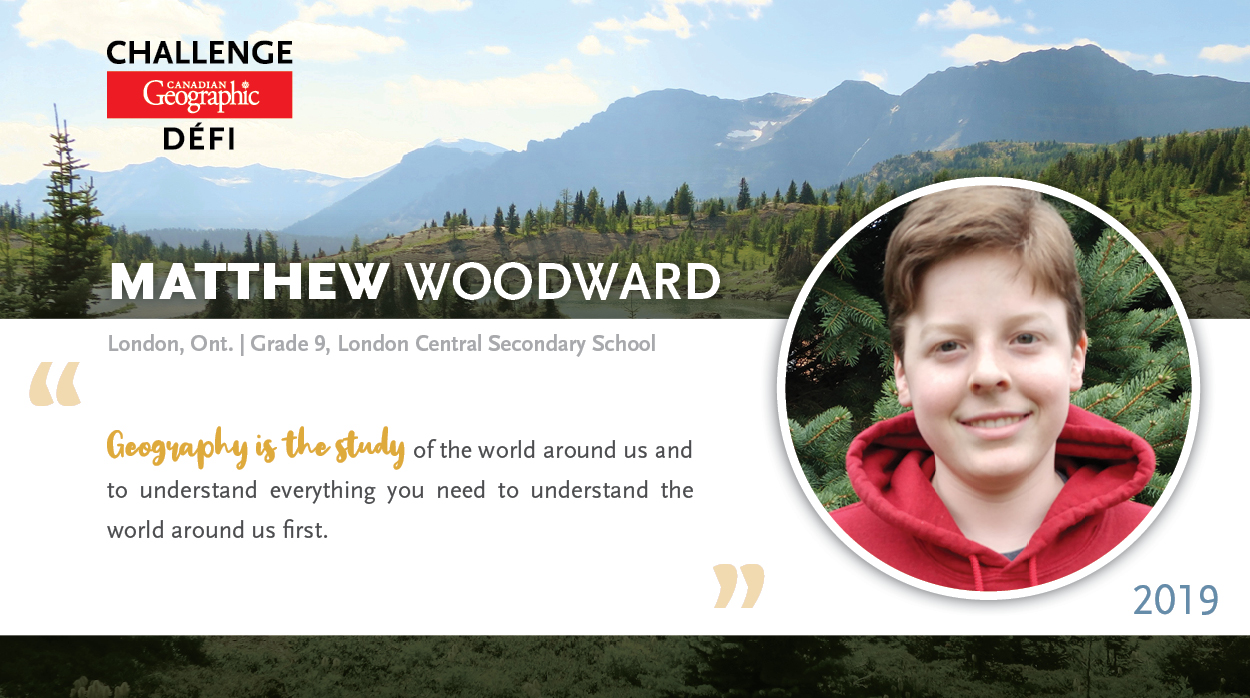 Micah enjoys board games and video games that involve skill and strategy. He is part of the school’s Reach for the Top team and plays ultimate frisbee. Micah is a music lover and takes guitar lessons, participates in his school’s junior band and choir, and plays music at his church. Micah looks up to his dad and to his grandfather, who was once a professor of geography. 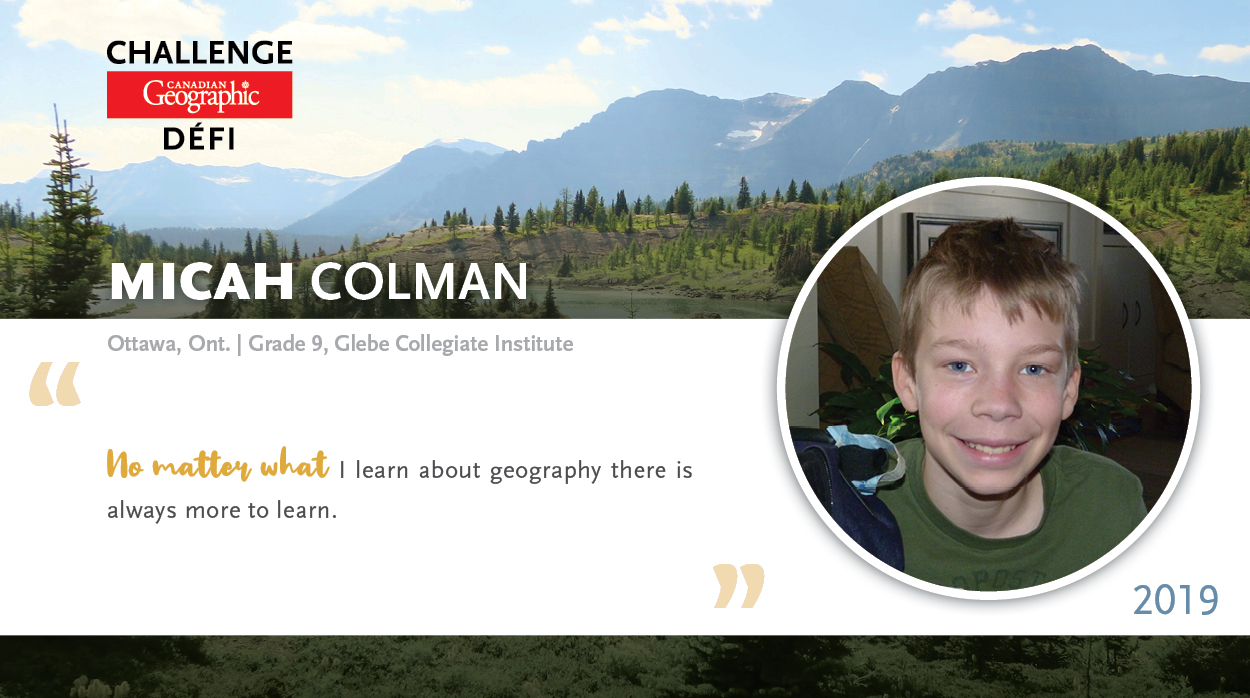 Nicholas loves history and human geography and enjoys drawing maps and writing fiction that features worldbuilding. He creates entire planets, continents, and countries, fleshing them out with histories and cultures. Nicholas aspires to become a teacher, professor, historian or a speaker, like his idol, British Speaker of the House of Commons John Bercow. 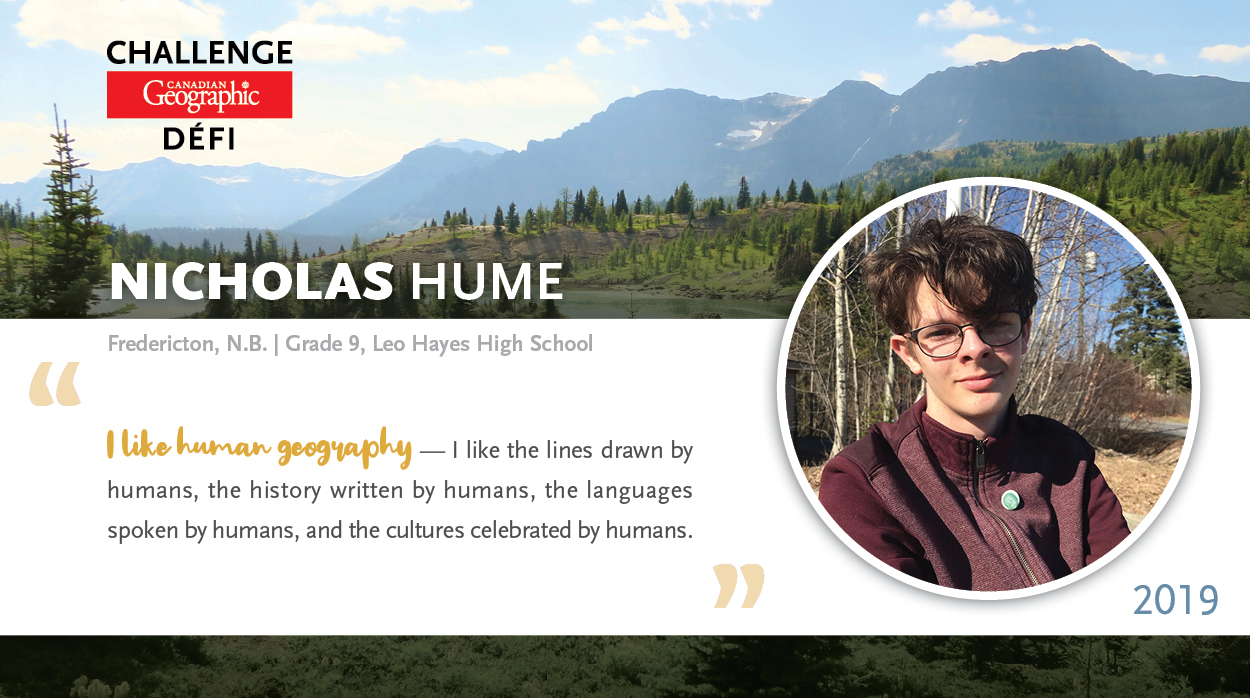 Peter likes to explore the world around him, whether it's catching bugs at the local pond or visiting nearby Banff National Park. When he grows up, Peter wants to become a lawyer—he was introduced to the world of competitive debates last year and fell in love with it. His admires his mom for her work ethic and considers her his role model. 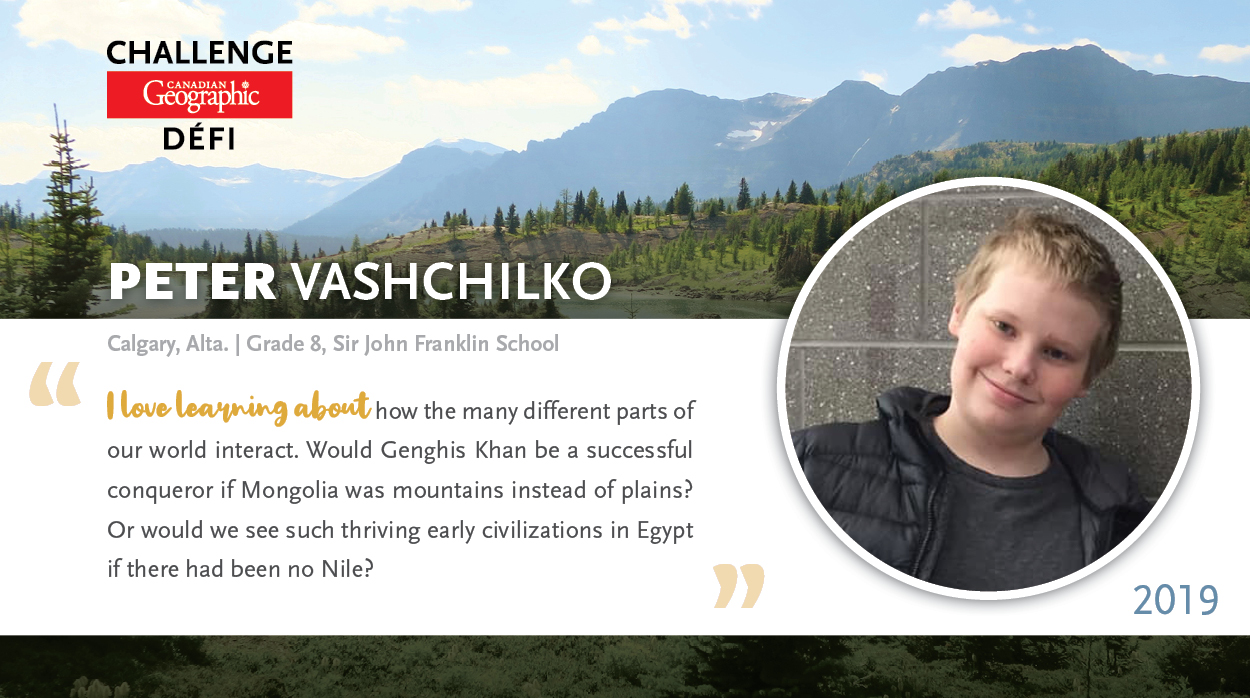 Ryan is a sponge when it comes to absorbing knowledge—whether it’s through news, Wikipedia, or quiz games with friends. He admires Alex Trebek for his patronage of geography education, watches Jeopardy! and hopes to one day make it on the program. Ryan's favourite subjects are history, English and geography, and he participates in Reach for the Top. 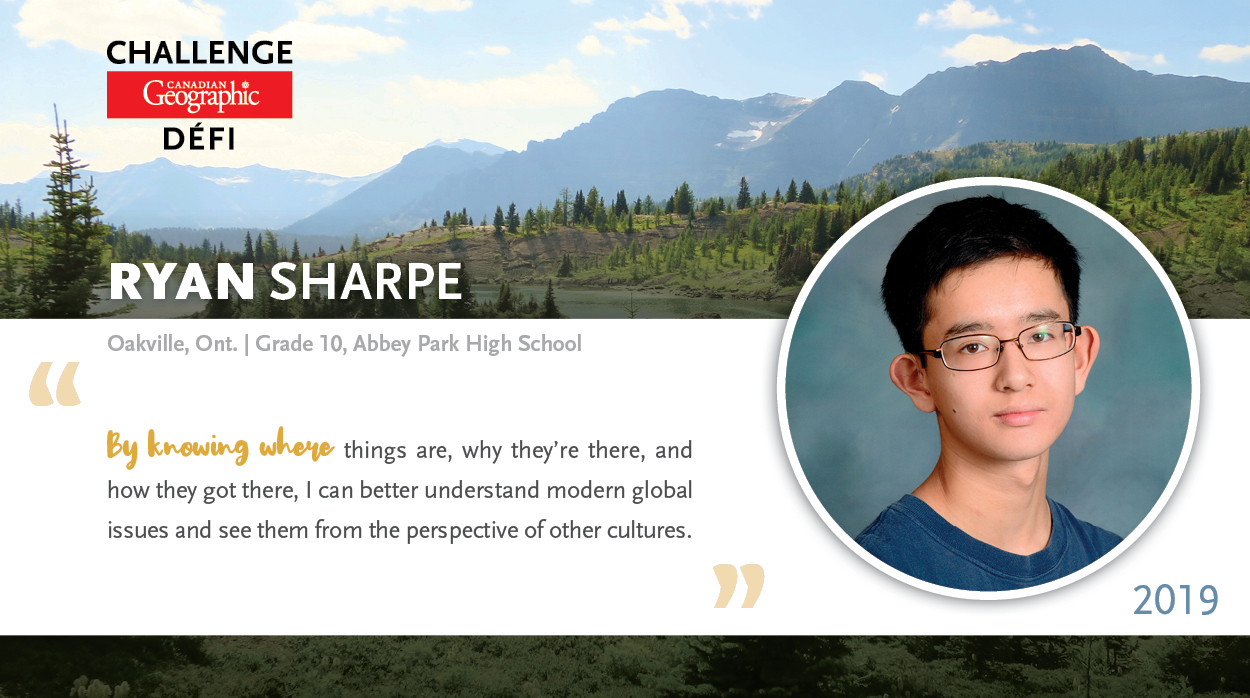 Ryan likes being outdoors, whether it’s through Scouts, biking, or white-water kayaking. He has earned a Bronze Medallion in swimming and is pursuing lifeguard certification. At school, his favourite subjects are math, science, music, and engineering and he is also part of the drama club. Ryan's career interests include hydraulic engineering, architecture, and geomorphology. 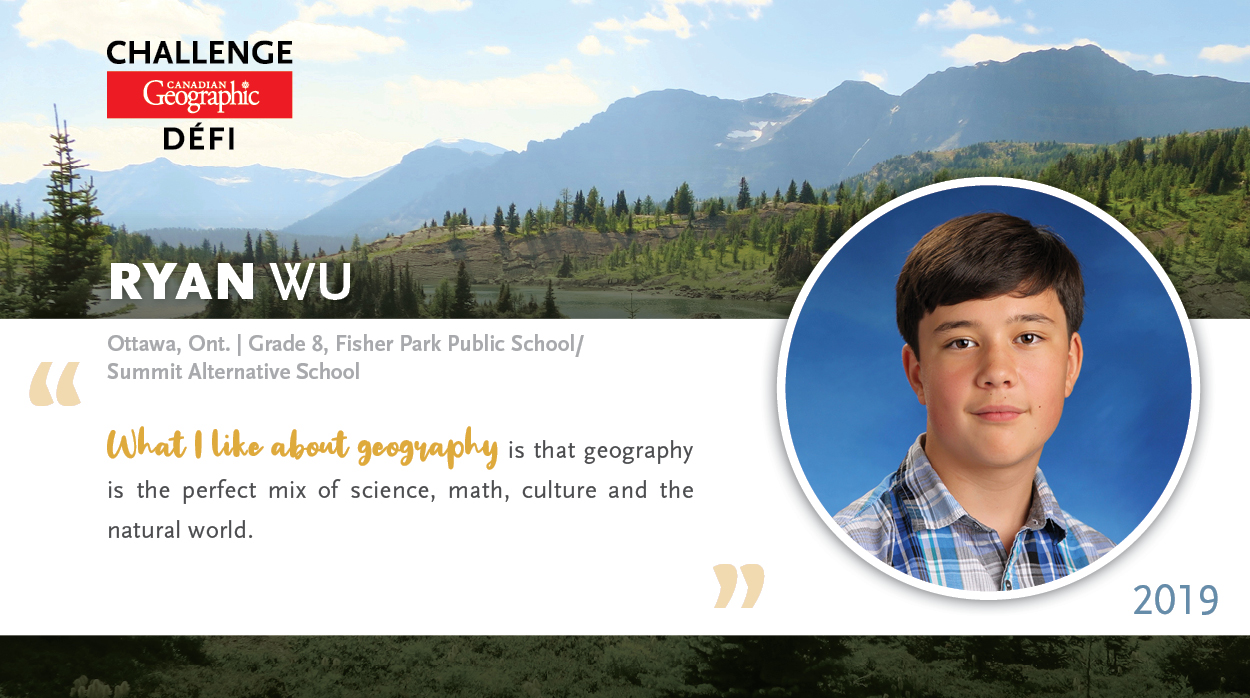 Ryder's favourite subjects in school include social studies, English, and science. Outside of school, he works as an intern for FedEx and is interested in pursuing a career in shipping logistics, aviation, or perhaps going into his family’s communications business. Ryder’s role model is his mom, who he admires for her leadership skills and smart business sense. 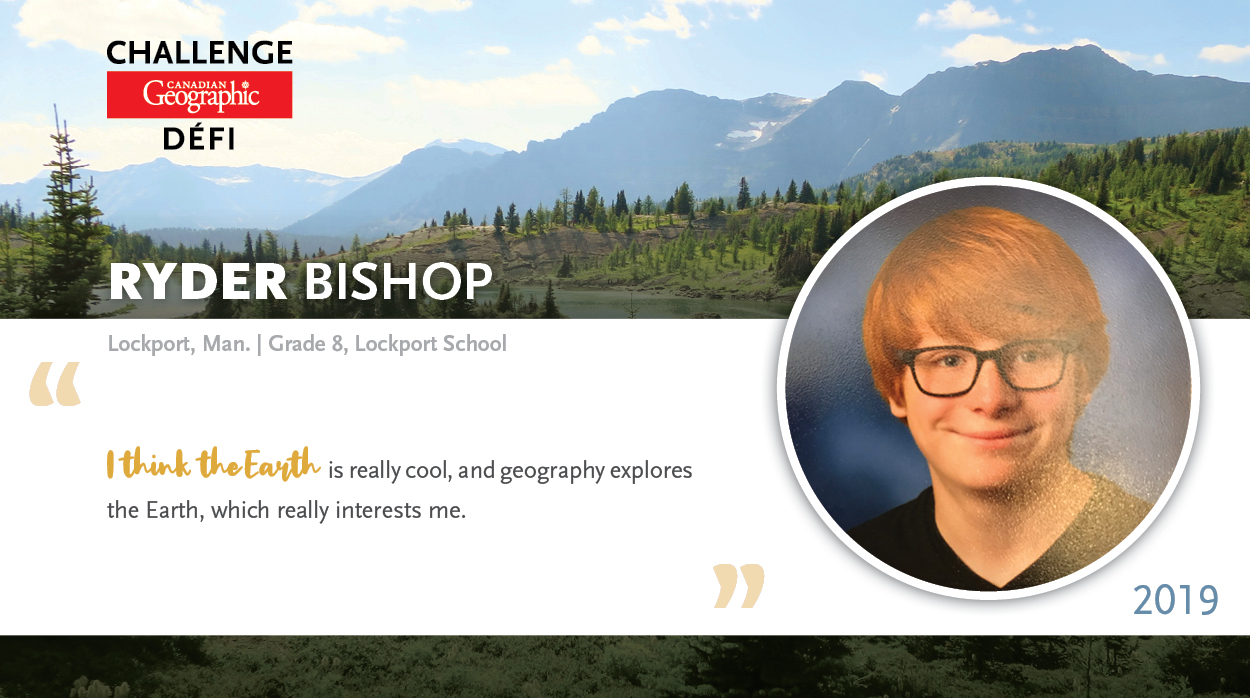 Tawfeeq’s favourite subject at school is chemistry and he is interested in going into engineering, computer science, or law when he gets older. He is part of his school’s debate and speech club and Reach for the Top team. In his free time, Tawfeeq likes to hang out with his friends, experiment with computer programming, or try to solve the Rubik’s cube. 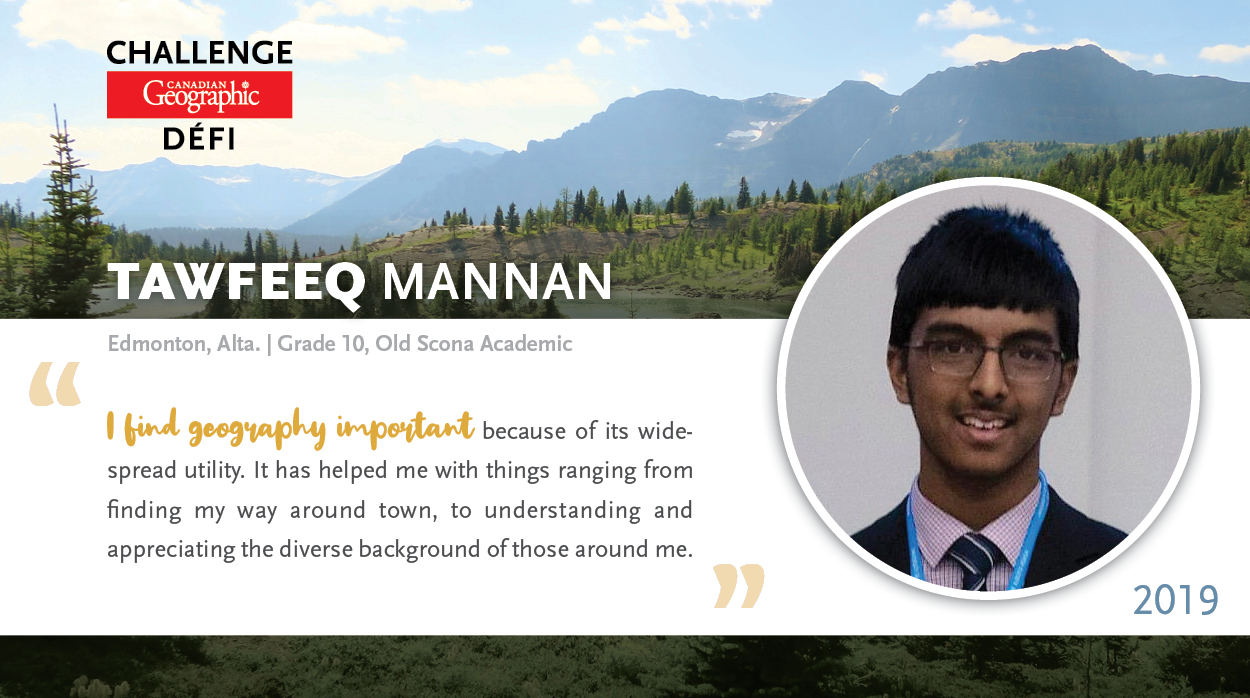 Timothy is a budding cartographer and likes to draw maps. He is in the school band, participates in debate club, and does kayaking and volleyball. Timothy fills his free time playing badminton, swimming lessons, piano lessons, and taekwondo classes. When he grows up, he is interested in doing something in business, finance, or working as a city/urban planner. 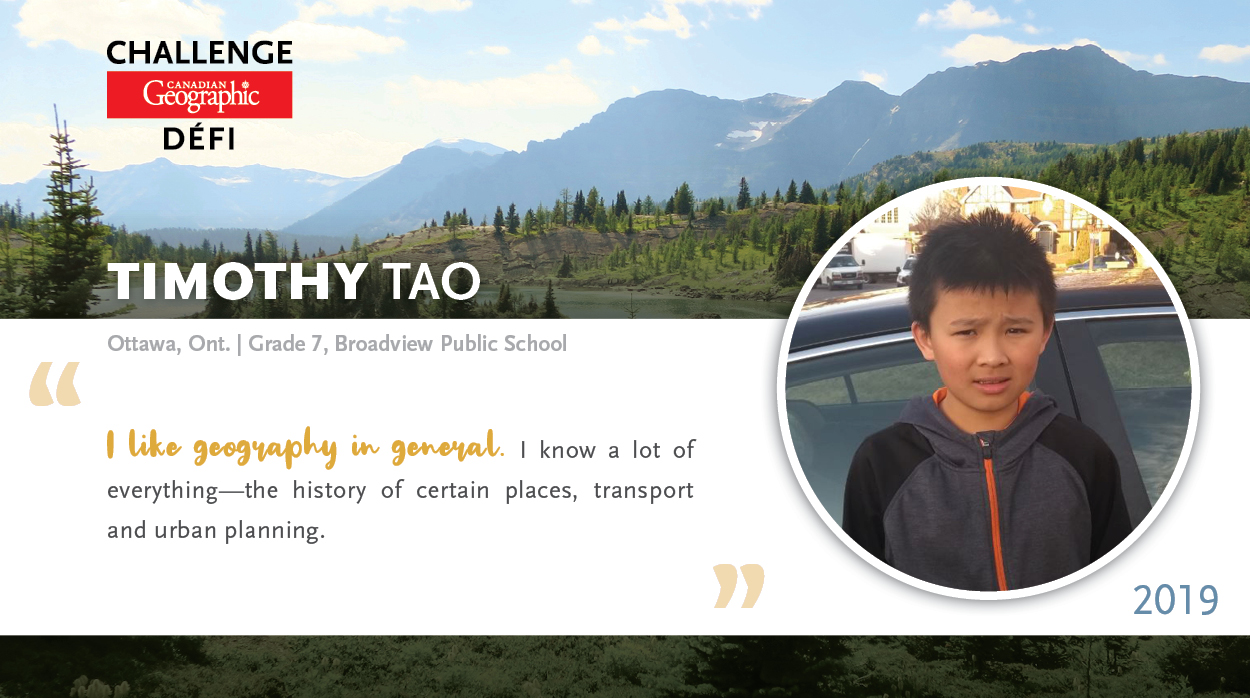 William keeps himself very busy with extracurriculars such as math club, Reach for the Top, symphonic band, and cartography club, which he heads. He also enjoys reading, playing games, watching sports, and coding for fun. William’s role model is his teacher, who he admires for his dedication to helping his students excel in math. 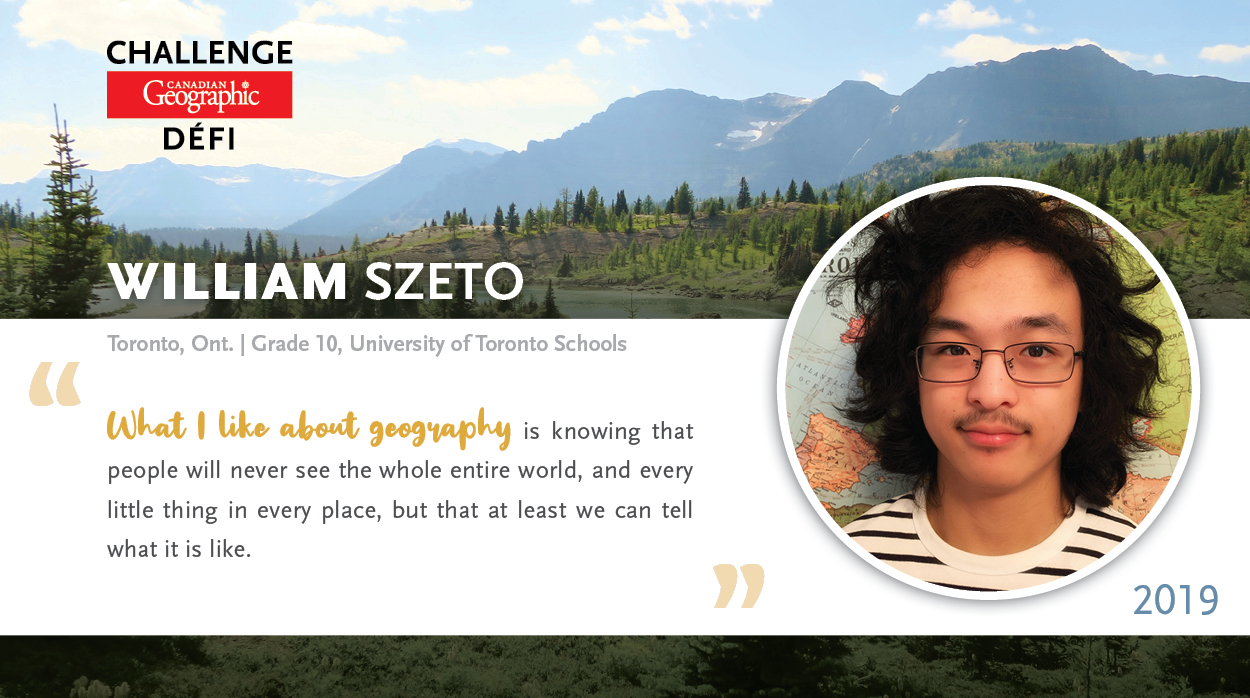 Xavier is a flag enthusiast and has memorized all the flags of the world. He plays soccer, football, and badminton and is also part of the school’s jazz concert band and intermediate winds band. Xavier dreams of becoming a professional athlete or sportscaster. He is grateful to his parents for always supporting him in all his pursuits and considers them his role models. 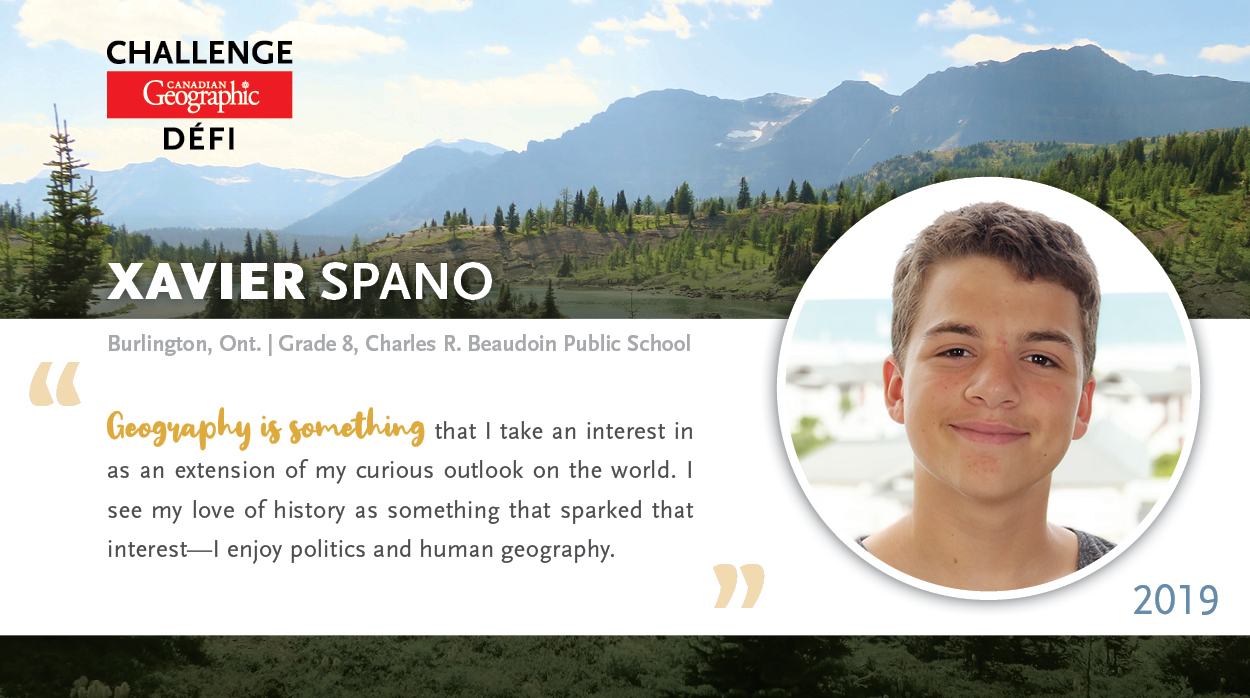