The Ottawa River is the heart of one of Canada’s most ecologically and economically important watersheds
By Nick Walker
June 28, 2018

It has been Kit-chi’sippi (“the Great River”) to the Algonquin nations, La Grande Rivière du Nord to the French and even nicknamed “the original Trans-Canada Highway” in recognition of its historic role as one of the most vital transportation and trade arteries in North America.

The history of human influence on the Ottawa River spans more than 8,500 years, stretching back to the early ancestors of the Algonquin people, who travelled the great river and lived and hunted along its banks. But large-scale change arrived just four centuries ago with explorers such as Étienne Brûlé and Samuel de Champlain and the legions of coureurs de bois, voyageurs and missionaries who were soon pushing upstream in search of new territories, furs and Christian converts. By the early 1800s, lumber barons were using the Ottawa to carry massive pine timber rafts down to the St. Lawrence, and as lumber camps and farming settlements grew into towns and cities, mills and dams were built to harness the power of the river and its tributaries and tame spring floods.

Today, the Ottawa River basin is one of the most dammed and regulated catchments in Canada. The 1,271-kilometre main stem and its tributaries drain and sustain a 146,300-square-kilometre area (a region larger than England) that provides drinking water for millions of people, water for recreation, hydroelectricity production and other industries, and habitat for hundreds of fish, bird, mammal, amphibian and reptile species. Conservation efforts and water management are a dizzyingly complex issue in a watershed that’s home to about 200 municipalities and First Nations communities, split between two provinces that share the water, but not policies for its governance.

This map was created by Canadian Geographic and the environmental research- and education-focused Chawkers Foundation to put a spotlight on this ecologically, economically and historically critical waterway. 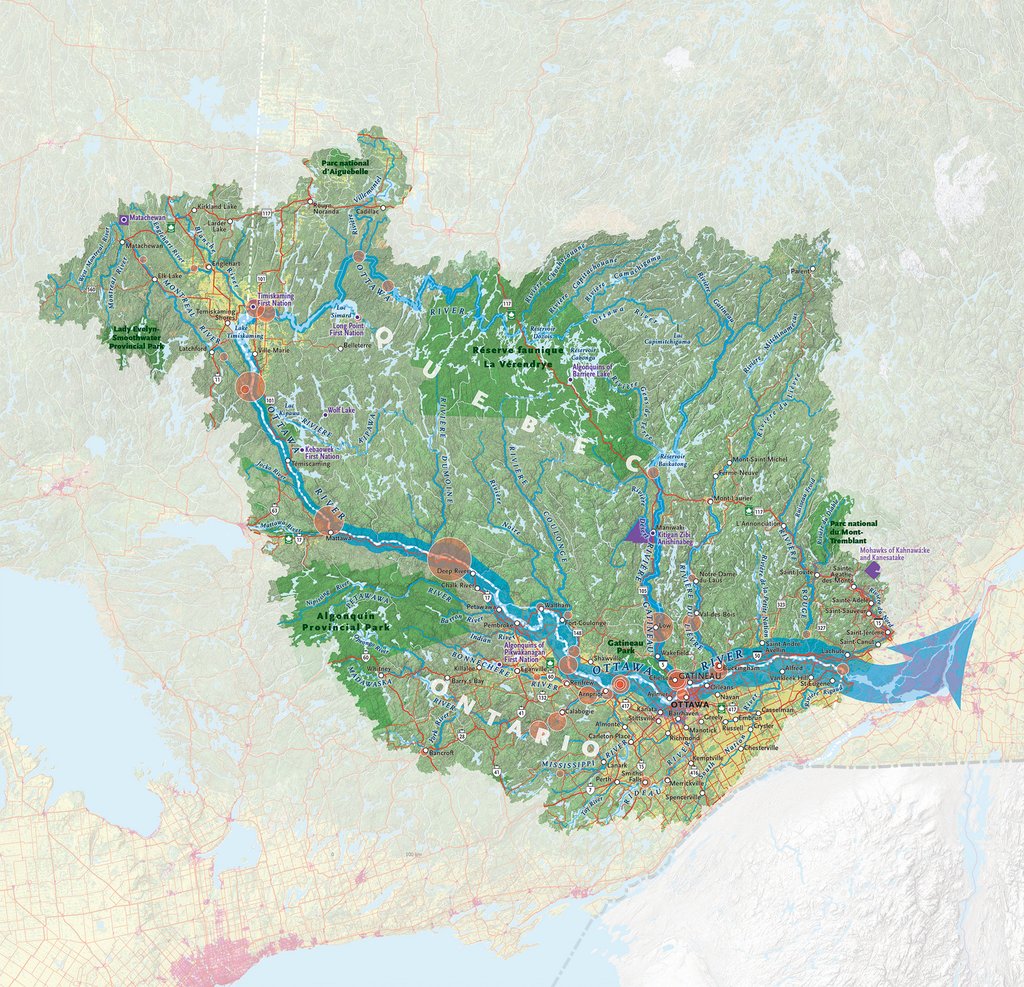 Related: A new view of the Lake Winnipeg watershed