Forget about the tables and chairs. And the microscopes. And the 14,000 bird eggs in the ornithology collections. And the 60-plus live invertebrates that crawl, scuttle and buzz in the Bug Room gallery.

Those are — relatively speaking — easy to move.

What the Royal Alberta Museum really needed to worry about was the mammoth skeleton.

How was the institution going to get the ancient tusked behemoth out the low doorways of the venerable old building it had outgrown just west of downtown Edmonton and into its glittering new $375.5-million home that occupies 38,000 square metres of prime real estate in the more central Arts District?

By taking off its head, naturally. Six museum staffers detached the approximately 36-kilogram skull, lowered it to the ground with a scissor lift and … moved on to the next item.

Logistical problems such as this one come with the territory when a museum decides to move, of course, but the sheer scale of the entire exercise can be hard for the public to wrap their minds around.

“We’ve got 2.4 million pieces in our collection and we’re moving about two million of them to the new location,”
says Chris Robinson, the museum’s executive director. “How do you move two million pieces? You do it carefully
and you do it once.”

To that end, the museum used a barcode system to keep track of what went out the old doors and in the new ones. By mid-January 2018, for example, about 71,000 bar codes — “That’s 1.6 kilometres long,” says Robinson — had been applied to the approximately 422,000 artifacts and specimens that had been relocated by that time.

Displaying and storing those millions of artifacts is going to be much easier in the new museum than it was in the old one, which despite expanding almost continuously through the late 1960s and ’70s after opening as the Provincial Museum of Alberta in December 1967 was still not big enough to house most of its collection. In the new building, for example, the
amount of permanent gallery space has more than doubled, while the storage areas have 2½ times the capacity compared
with the old building.

Robinson believes all that space will help future-proof the museum, the collections of which will only keep growing. “History doesn’t stand still,” he says. “And neither does the museum.” 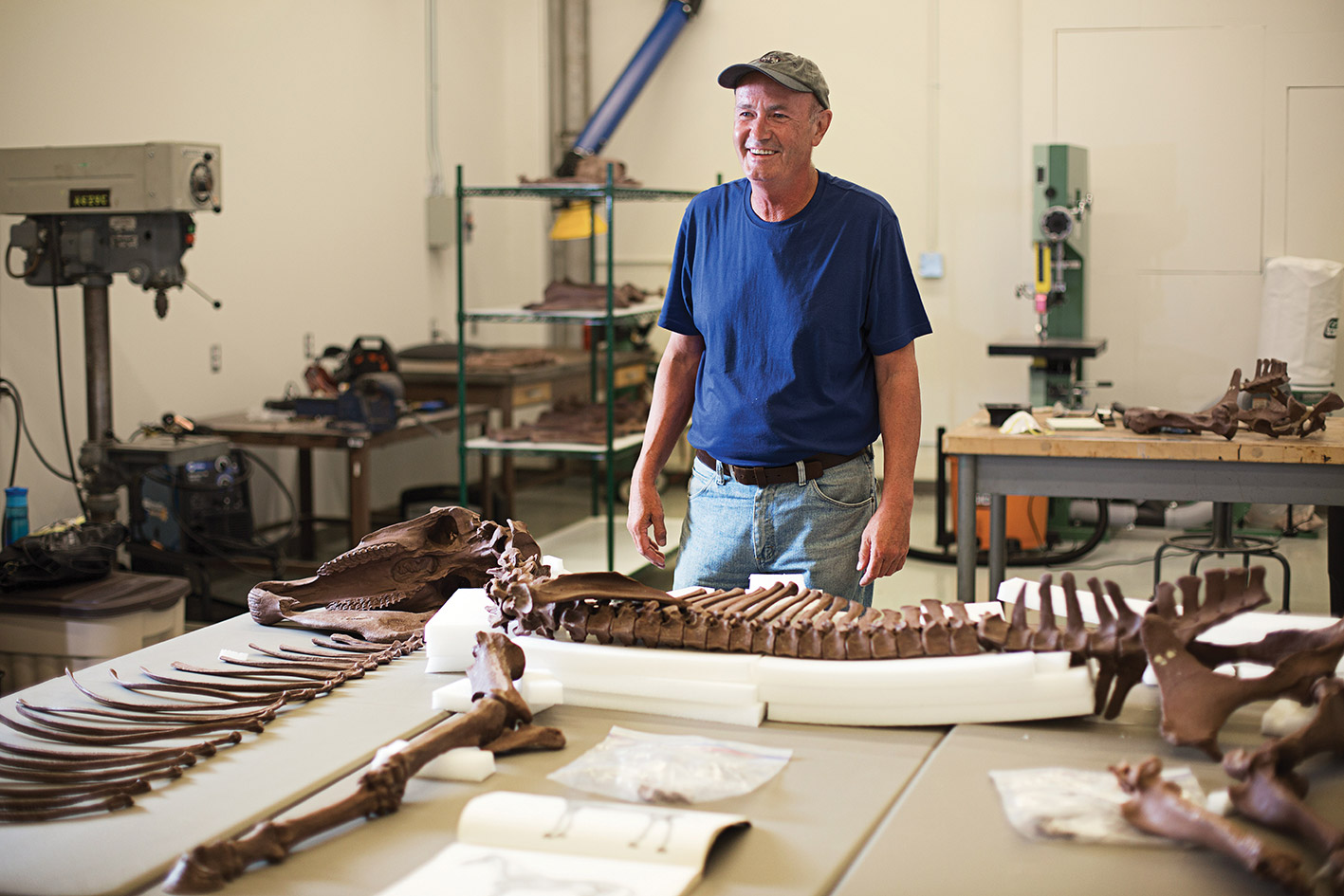 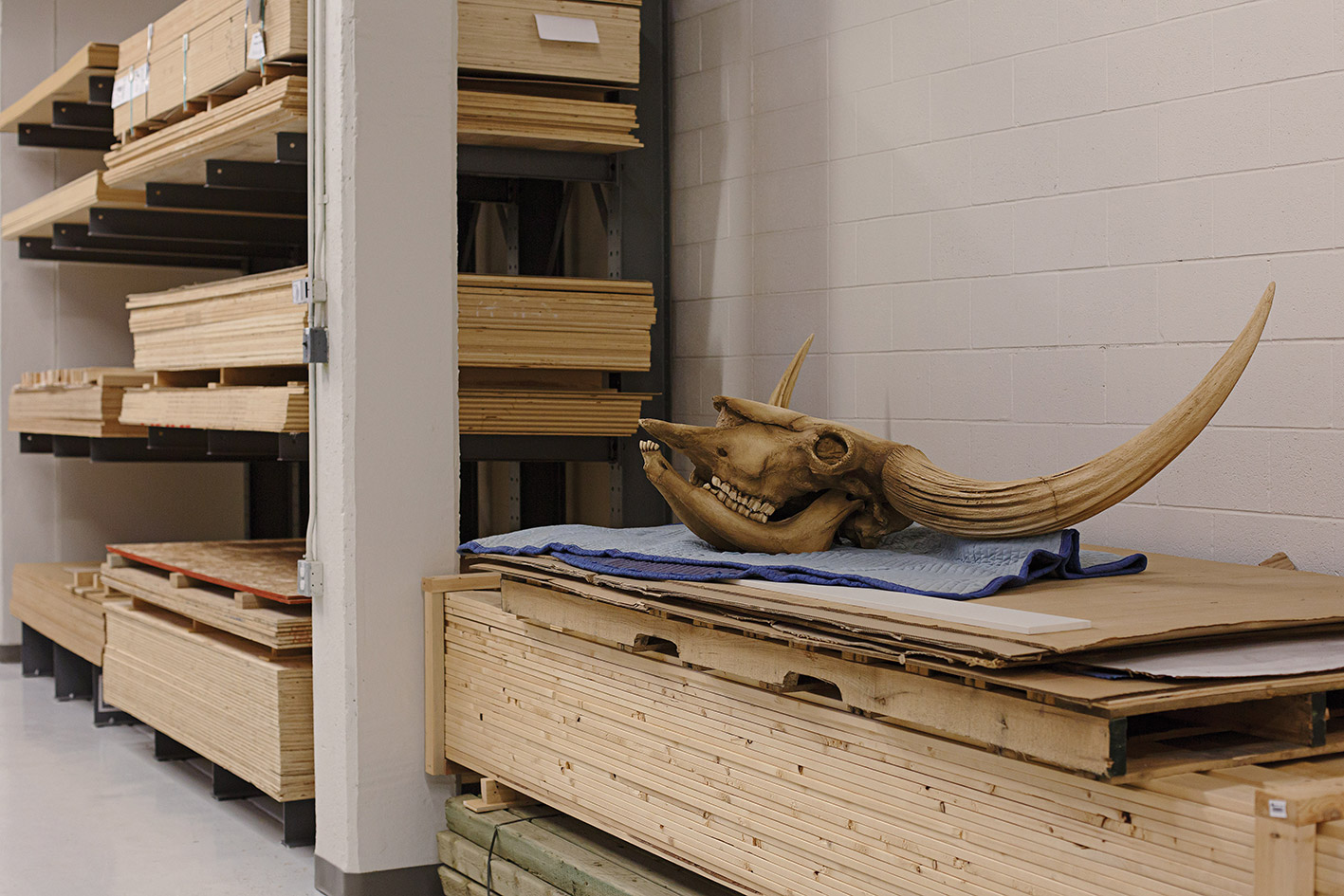 A giant bison skull sits atop crates, ready to be packed. 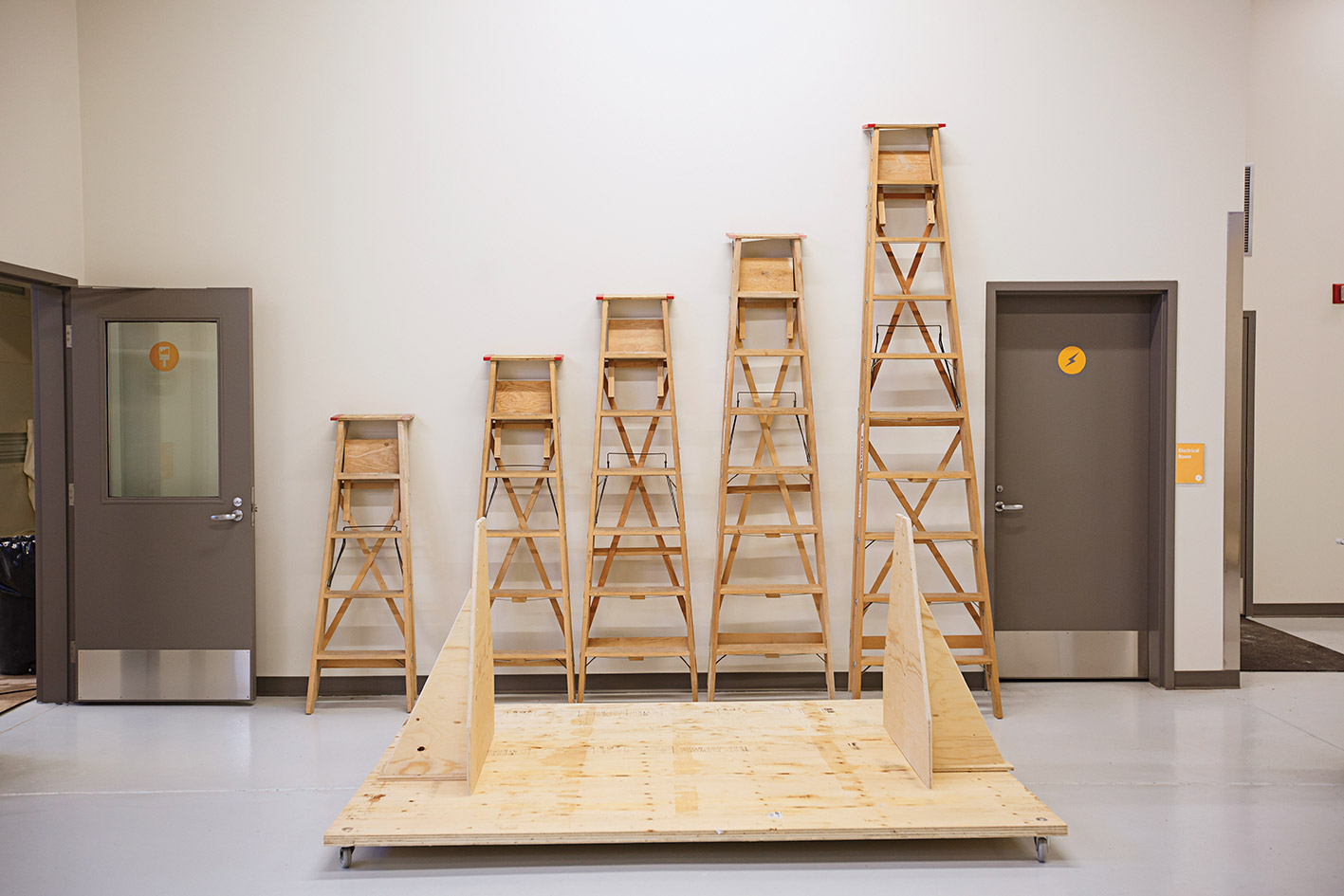 Ladders and part of a custom-made crate await use. 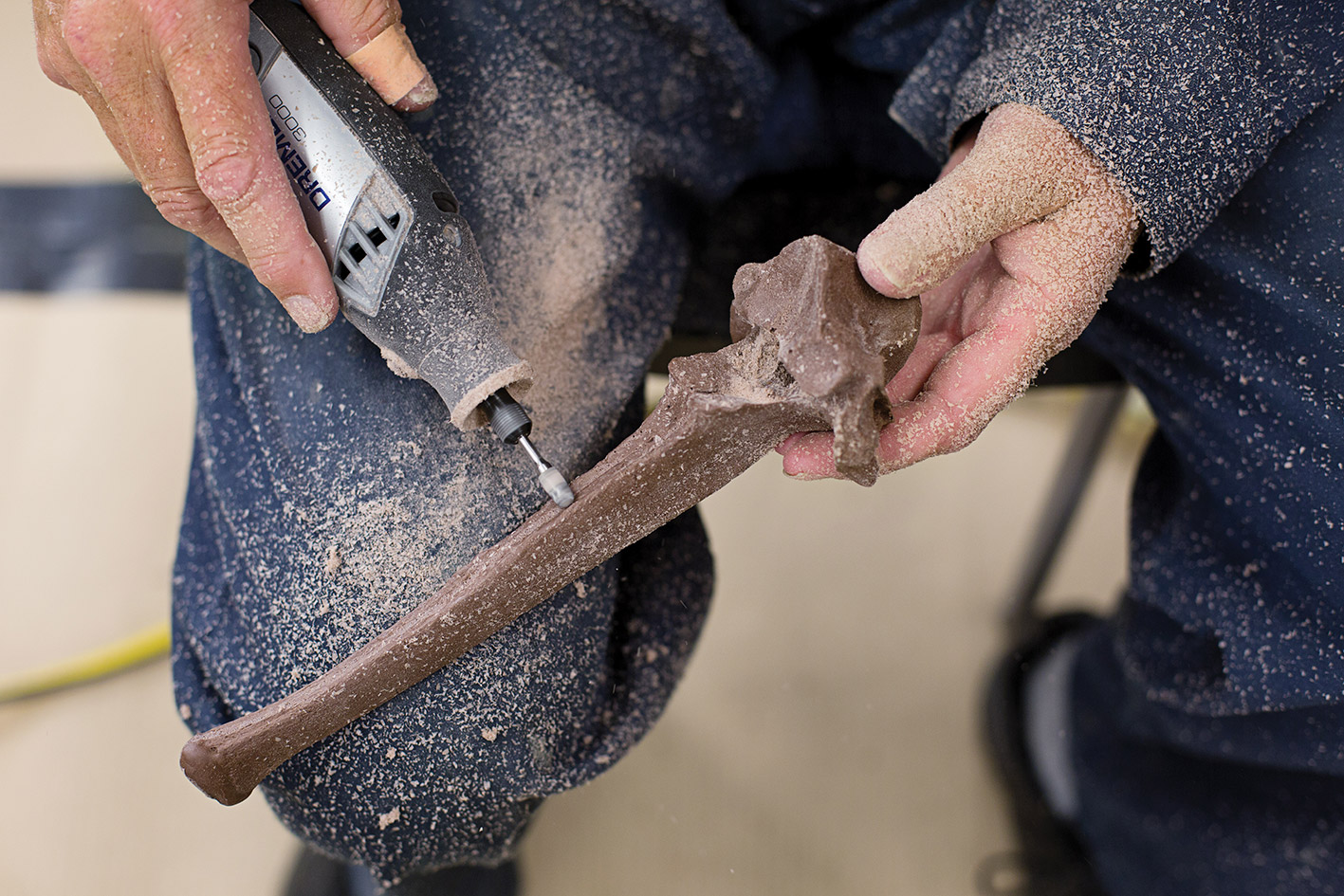 Peter Milot files away extra material from a cast of a bone before packing it. 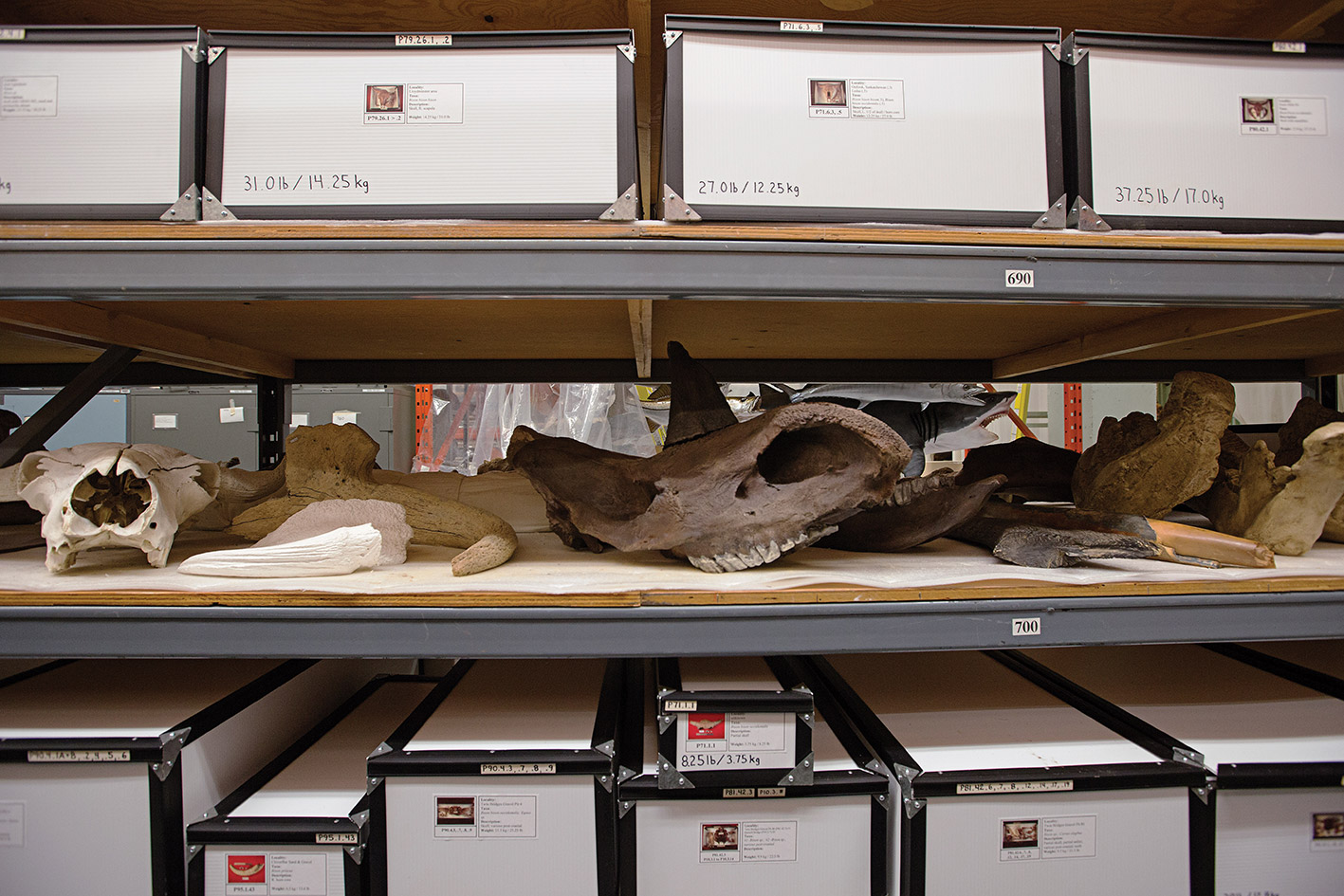 Boxes ready to be moved flank unpacked items in a storage room in the museum’s old building. 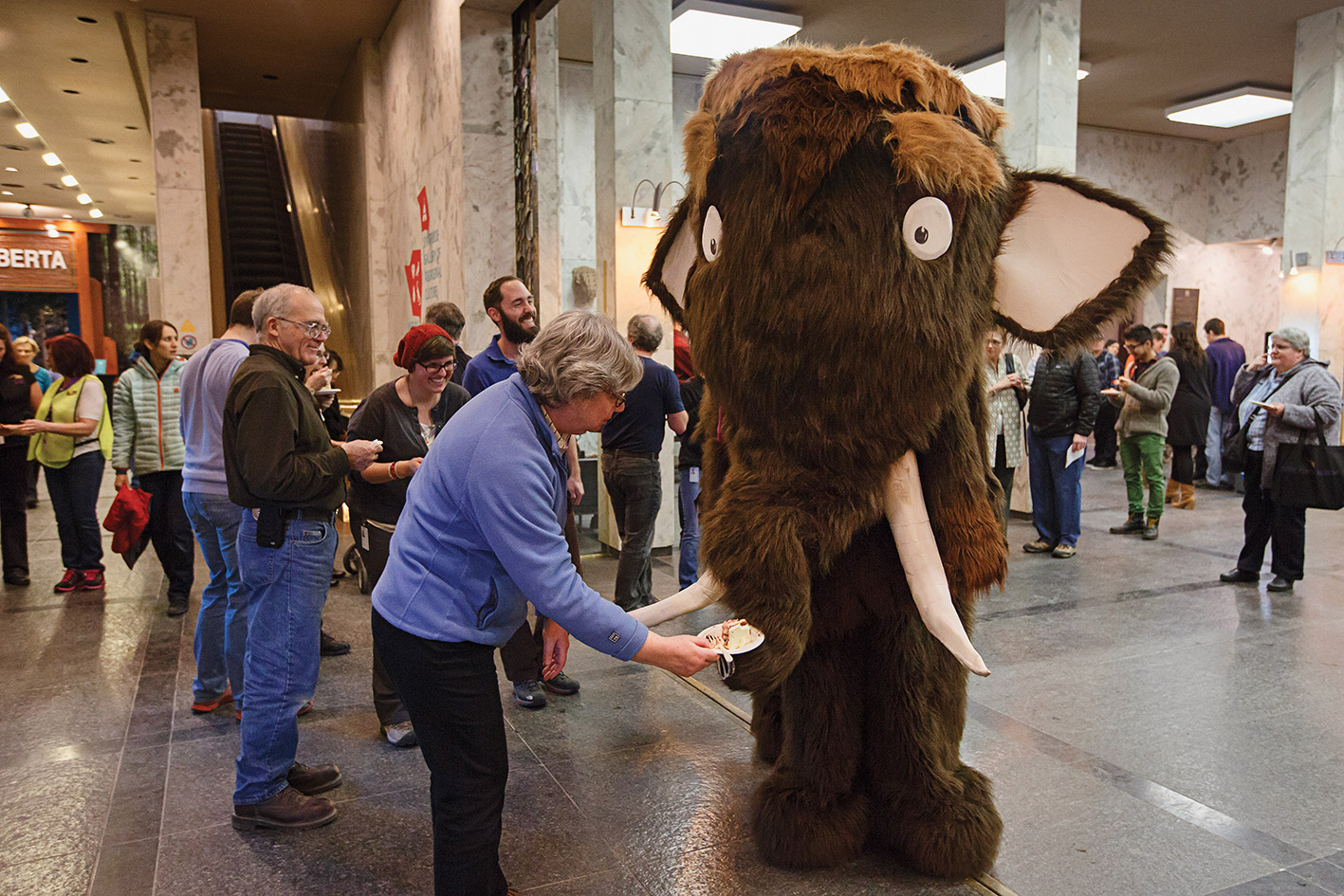 Museum mascot Moe the Mammoth sniffs a plate of cake during a goodbye party at the museum’s old building. 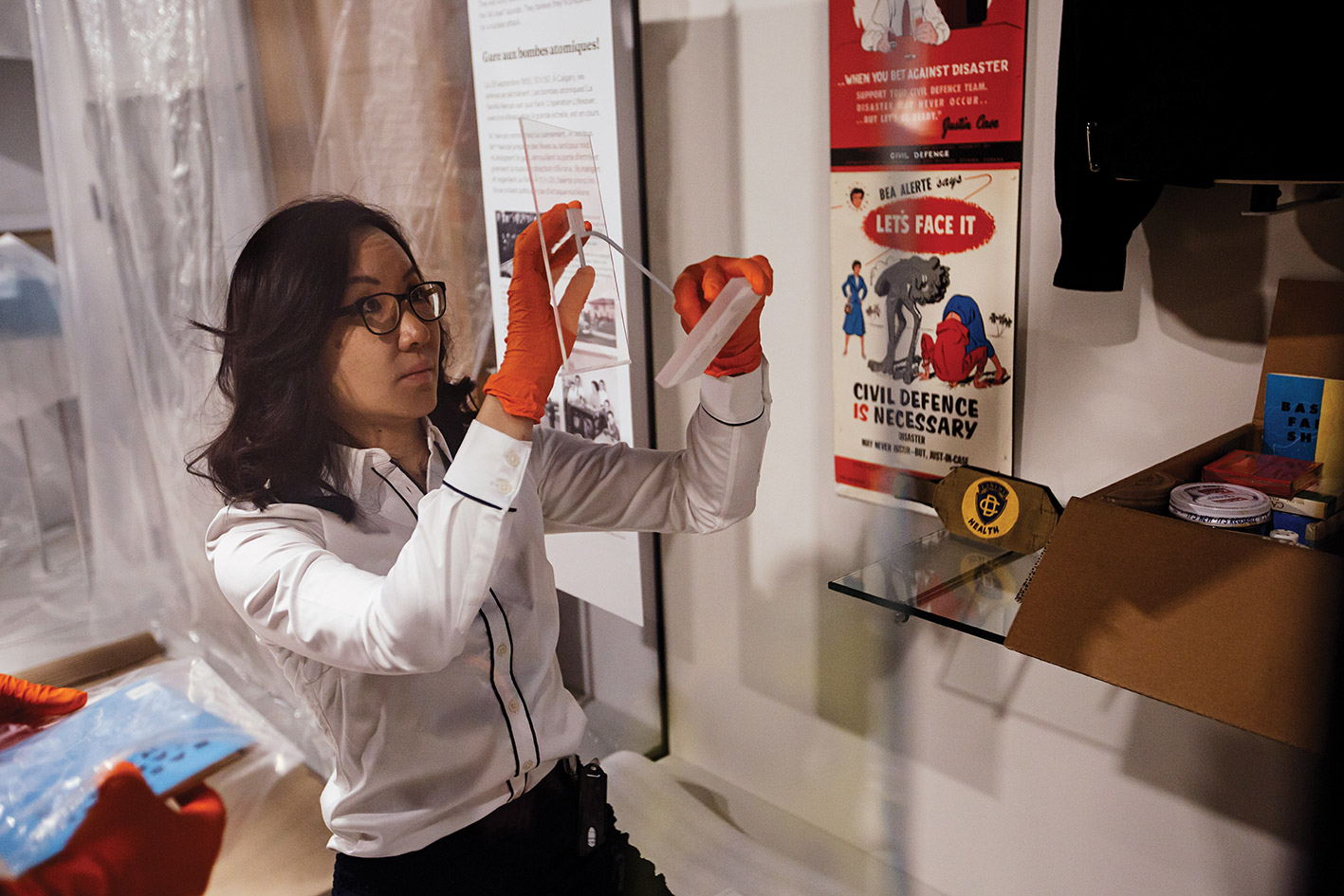 Carmen Li, the museum’s head of conservation, installs an exhibit at the new building. 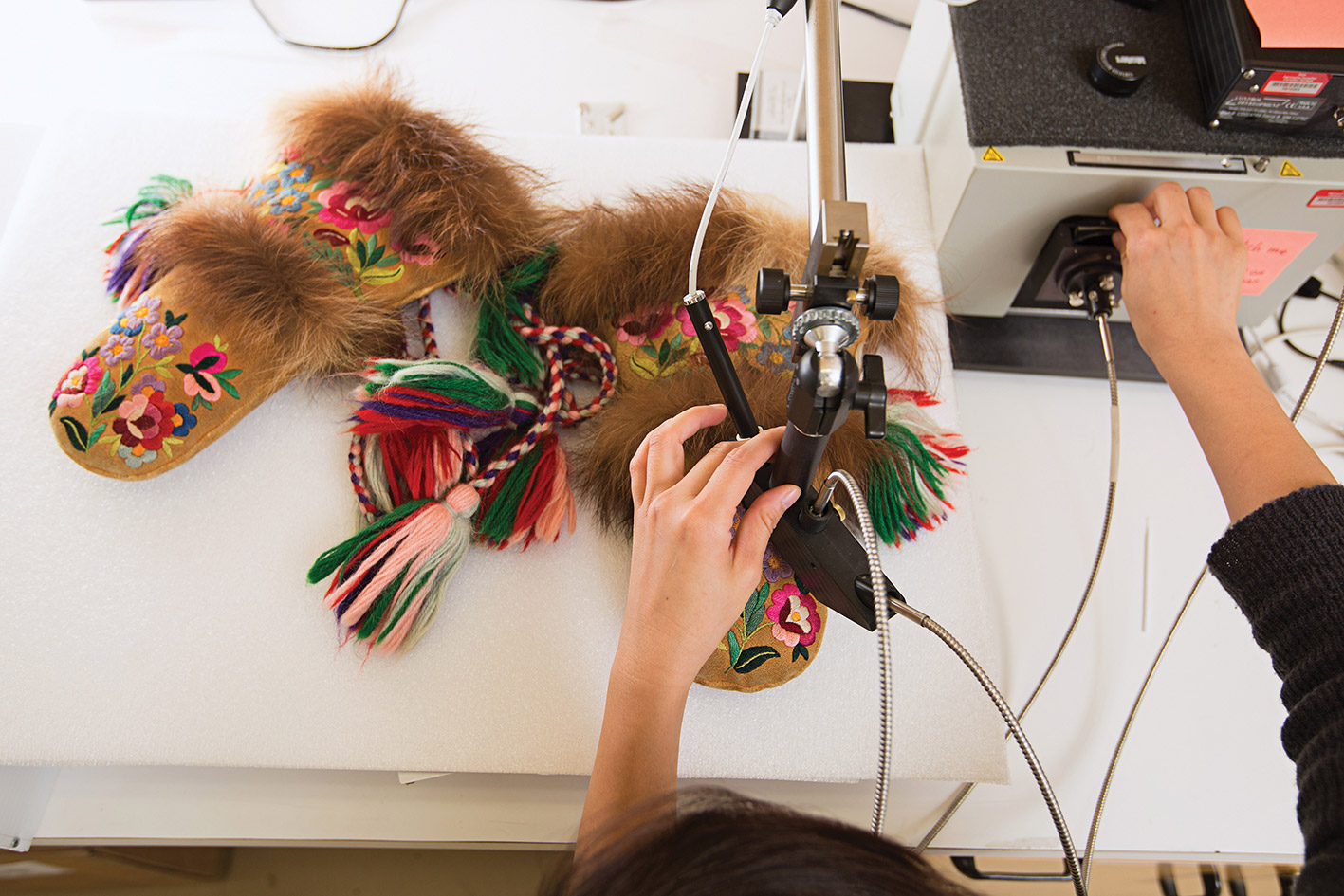 Embroidered mittens get a light-sensitivity test, part of the exhibit planning process at the museum’s new building. 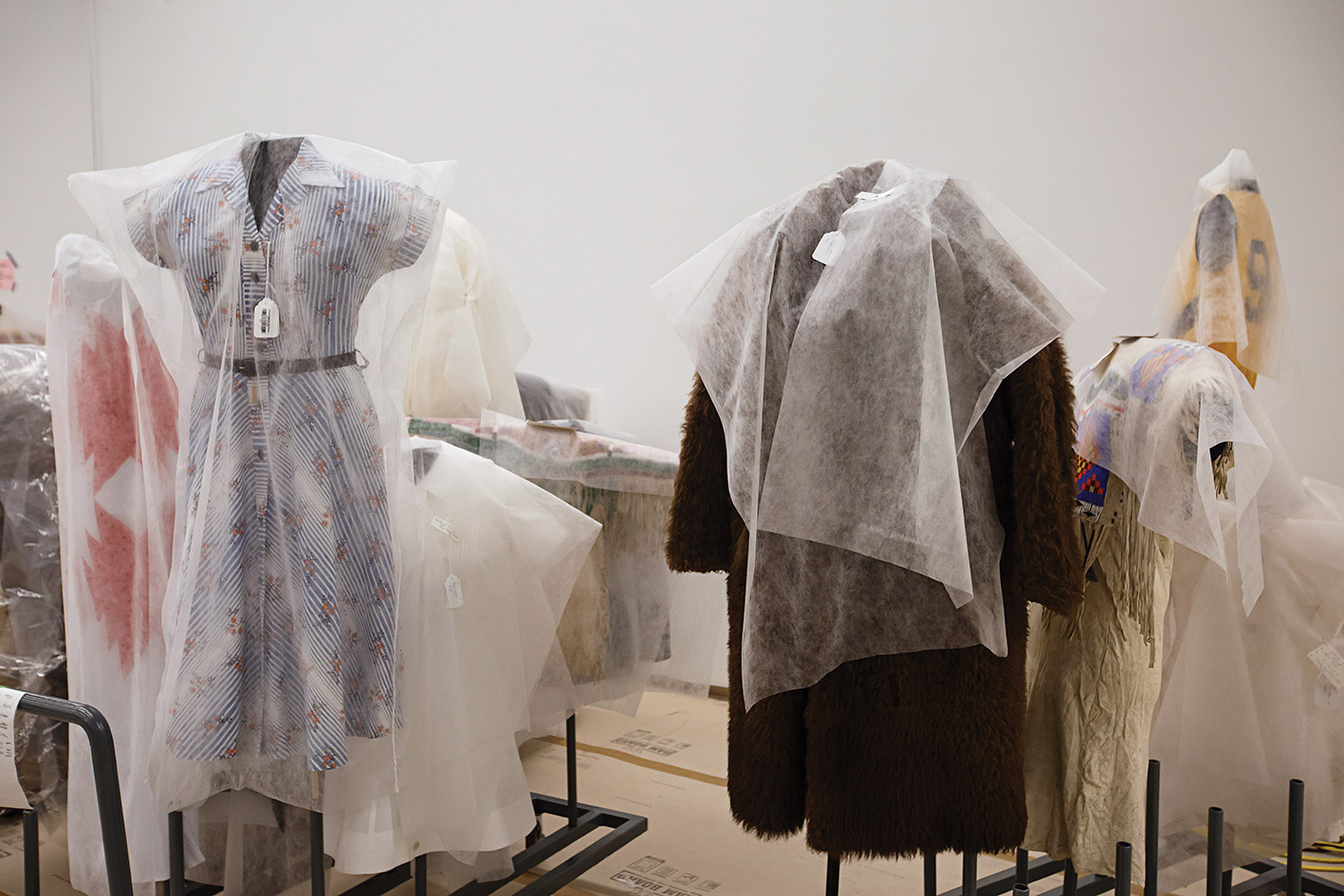