Canada’s dominion carillonneur, Dr. Andrea McCrady, on making sure the bells of the Peace Tower continue to ring during the decade-long renovation of Parliament’s Centre Block
By Kiley Bell
May 29, 2019

From the national anthem to Leonard Cohen, Star Wars themes to Bob Dylan, Canada’s Peace Tower carillon has rung out musical arrangements across Parliament Hill daily since the instrument’s inauguration in 1927. Now, Dr. Andrea McCrady, the country’s fifth dominion carillonneur, is faced with a new challenge — keeping the music alive while Centre Block undergoes extensive restorations over the next decade.

Here, in her 11th year serving as dominion carillonneur, McCrady discusses the importance of ensuring “the voice of the nation” (as former prime minister William Lyon Mackenzie King once described the carillon) continues to ring.

On the challenges of Parliament’s construction

I don’t have to wear a hard hat yet, but maybe soon. Centre Block is now closed to all but those with security clearance, so the building is very different. Sometimes it’s very quiet inside, and usually only the construction workers are around. The Peace Tower elevator has always been somewhat temperamental — it dates back to a 1982 renovation. It’s not something I want to be travelling alone in now, so I climb 188 steps from the Memorial Chamber up to the playing room between the upper and lower belfries of the Peace Tower. It is the lot of a carillonneur to climb towers.

People like to say, “You’re a woman, all your predecessors in the Peace Tower have been men, are you even strong enough to play that instrument?” (The heaviest of the 53 carillon bells is 10,090 kilograms —Ed.) At which point I say, “Them’s fighting words!” It does not take brute strength. It takes a lot of practice and musical ear. In North America, at least half of carillon players are women. It’s not quite the case in Europe, but some of the top positions there are also held by women. It’s not the novelty that one might think it is — once I started teaching the carillon through Carleton University, it turned out that the majority of my students are women as well. 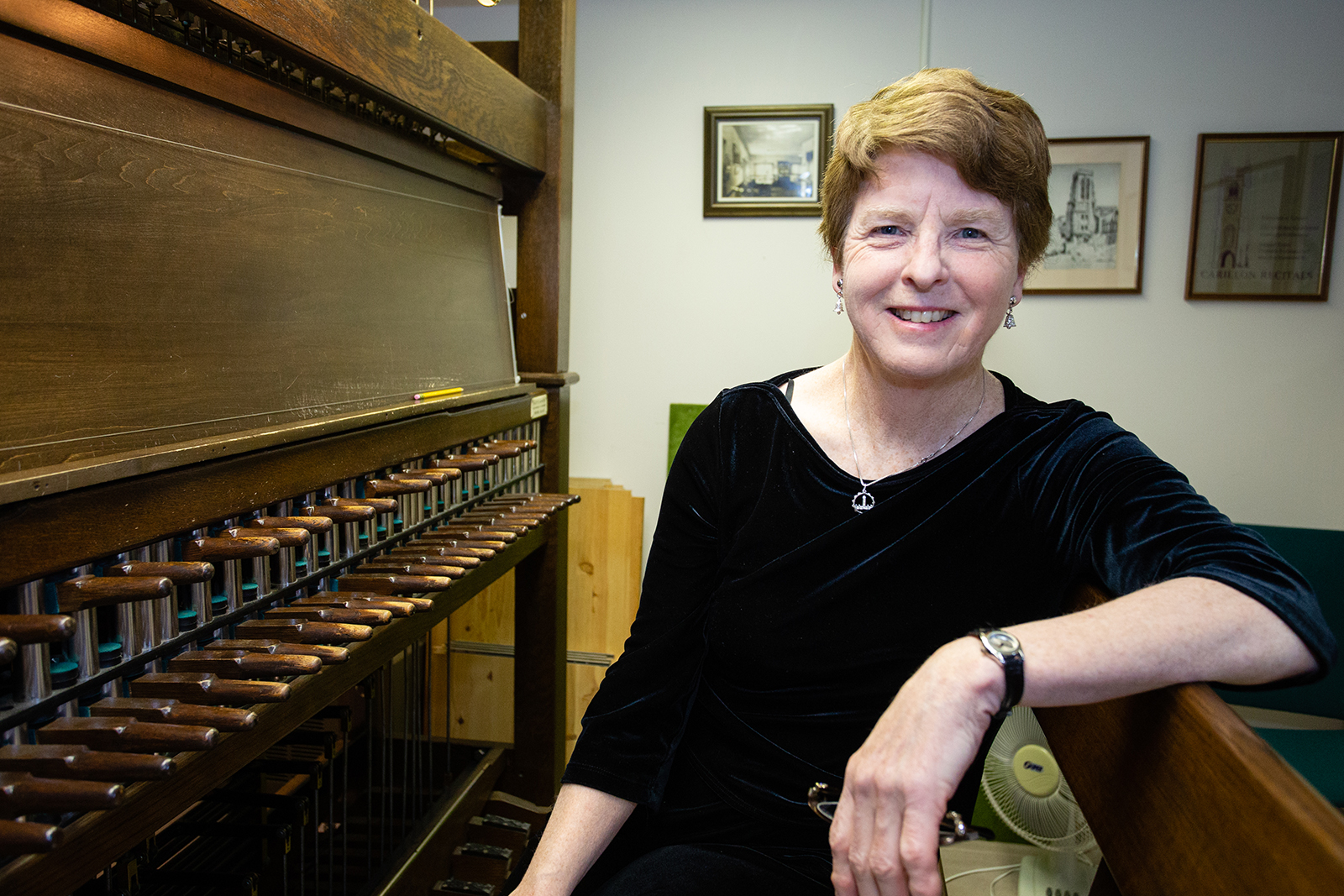 McCrady with the practice keyboard in her office. (Photo: Ben Powless/Canadian Geographic)

On keeping the bells ringing

There is a point in the next decade where the carillon will be silent. We hope only for a short period of time. Like the rest of Centre Block, the carillon and the Peace Tower are due for some major maintenance. The carillon has been silent twice before in its 92-year history: for two years from 1980 to 1982 when they were renovating the inside of the tower, and again from 1995 to 1997, when they were renovating the tower’s external masonry. Leading up to 2026, there may be a period of time when it’s silent. But the House of Commons has made it very clear that the carillon will be played live on July 1, 2027, to mark the 100th anniversary of the Peace Tower and the carillon.

Everything is very public on the Peace Tower carillon — from the moment I strike the key, it’s live outside. I always tell my students that the most important note after you make a mistake is the next one. Just keep going. If you stop, then everybody knows you made a mistake. A musician is lying to you if they say, “Oh, I just played that perfectly.” Nothing is ever perfect. It makes me nervous at times. I suffer from constant imposter syndrome — what the heck am I doing in this job? The people who came before me were such amazing players, I’m really humbled.

On becoming a Canadian citizen

There was a media feeding frenzy the moment I arrived in November 2008. I got several questions, but number one was always, “You’re an American, how come an American is playing the Peace Tower?” When the previous dominion carillonneur announced his retirement, initially there was a local competition to find the next one, but no qualified Canadians applied. So, they extended the search worldwide, which is how I heard about it and won the competition. I became a Canadian citizen on Canada Day during Canada’s 150th. I had told everyone my dream was to play my program on Canada Day, descend the Peace Tower and swear in on the stage at Parliament Hill. And I did just that.

Watch: McCrady demonstrates how to play the carillon and shares insights into her unusual career

Related: Ottawa landmark gets new life as temporary home for Senate of Canada