The Inuit Circumpolar Council’s chair on how Inuit are speaking up about climate change with a global voice
By Abi Hayward
June 21, 2021
When Inuit politician Eben Hopson founded the Inuit Circumpolar Council in 1977, he wanted to bring Inuit together, transcending borders and boundaries, to create an organization that would advocate for their interests on a global stage. That was crucial, says Dalee Sambo Dorough, the organization’s current international chair, who started working for Hopson while still in high school in Alaska. And it remains crucial to this day, as the Inuit Circumpolar Council engages in international discussions with bodies such as the UN Climate Change Conference of the Parties and the Arctic Council, which turns 25 this fall. Sambo Dorough spoke with Canadian Geographic about her organization’s role on the Arctic Council, Inuit perspectives on climate change and having the right to a seat at the table.

The Inuit Circumpolar Council was instrumental in shaping the Arctic Council [an intergovernmental forum that facilitates cooperation among Arctic states and Arctic Indigenous Peoples] as a regional intergovernmental stage for Arctic environmental protection. It was originally conceived to focus on an Arctic environmental protection strategy, and then it blossomed into a much more comprehensive entity. The Inuit Circumpolar Council — on behalf of Inuit throughout Chukotka, Alaska, Canada and Greenland — were intent on ensuring that our voices were heard within the Arctic Council as permanent participants; we have inherent or pre-existing rights to the Arctic as our traditional territory, both the lands and the coastal seas in the Arctic region. We’ve carved out an important intellectual and political space on behalf of our people and as advocates for our people. Since its formation in Ottawa in 1996, the heart of the purpose of the organization has been to ensure that Inuit will have a place within Arctic dialogue. 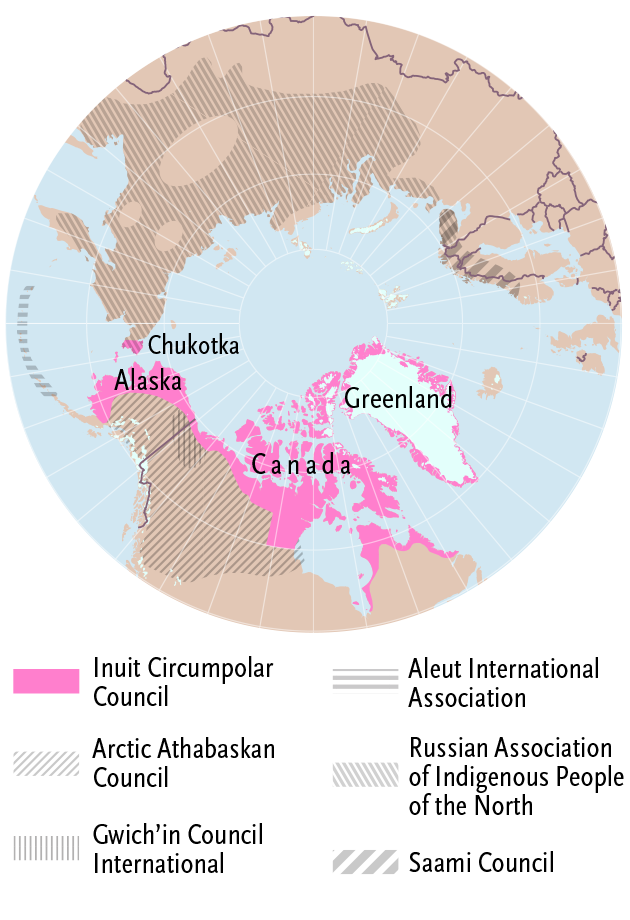 On how the impacts of climate change are interconnected

I would say that food security would be at the top of the list in terms of the adverse impacts of climate change. But I have to also underscore that all of these issues are intimately related. They’re interrelated — like how human rights are interrelated, interdependent, indivisible and interconnected. Food security is related to many other elements of our way of life: social relations and protocol, the role of men, the role of women, cultural dynamics, spiritual dynamics, as well as the traditional economies around food, hunting, fishing and harvesting. We know climate change can be devastating to our way of life.

On the importance of Indigenous knowledge

One of the other elements that we've seen difficulty or challenges in expressing and gaining acceptance of Indigenous knowledge — and Inuit knowledge — is about our environment. We have no clear acceptance, even, of the use of the term “Indigenous knowledge.” We've put in place the Ottawa principles of “traditional knowledge,” which has a connotation of being relevant from the past, when, in fact, Indigenous knowledge is relevant here and now. The first-hand observations and monitoring and the knowledge that we have as our people see it out there on the ice, day in and day out — that is not being taken seriously or recognized as a legitimate contribution to decide or establish policy on responses to climate change. And that remains a challenge despite our decades of work in this area.

On the importance of having an international voice

For so many of our people, the value of engaging at the international level is often questioned. I think it’s the same for every Indigenous nation or community across the globe — when we have such urgent issues facing us right here at home and we need the resources to plug the holes that exist. Why? When we first organized in June of 1977, in Utqiaġvik, Alaska, one of the issues that was facing Iñupiat in Alaska was a pending ban on Aboriginal subsistence whaling by the International Whaling Commission. So, we had to have a voice at the international level. We had to amplify our voice within the IWC to ensure that there wasn’t a ban on the way of life of the Iñupiat whaling communities. Eben Hopson, the founder of the organization, knew that and had the extraordinary foresight to pull the organization together, knowing that these external forces would become day-to-day challenges for us at the international level. So the fact that he had the foresight to bring our people together — to ensure that we transcend the borders and the boundaries in order to link arms and perspectives — and create an entity to serve as an advocacy organization for our people was crucial. It remains crucial to this day, especially as we see the increasing impacts of climate change, which have triggered the increasing interest in the region, largely focused on commodities, whether it's the Chinese and the Central Arctic Ocean Fisheries Agreement or the potential for uranium or thorium, lithium, rare earth elements or oil and gas, or whatever it happens to be. The hunger of those from other parts of the world have made it imperative that we are able to utilize the ICC as an international voice to register our perspectives as well as our concerns and our claims as distinct peoples.

Sheila Watt-Cloutier [former international chair of the Inuit Circumpolar Council] really did effectively, as an Inuk, put the human face on climate change. The challenge she made through the Organization of American States to draw attention to the impacts of climate was a huge, bold step. It put the impacts of climate change on our homelands front and centre in a way that raised the red flag. That was such an important turning point. Certainly, we knew in 1992 at the World Conference on Environment and Development that this change was taking place. And now it's commonplace for people to state that climate change is impacting the area twice as fast as any other region in the world, probably faster.

On changing attitudes towards Inuit

The Arctic and ice and snow — it’s universal. I suppose to some extent it’s almost like a calling card. You know — you’re from the Arctic, you’re an Inuk — you can go almost anywhere in the world and people know that, “oh, you’re the people that live in the ice and snow.” But I think that having the corridors of international relations lined by developments like the UN Declaration on the Rights of Indigenous Peoples, and other elements, has been extremely helpful — that we, as a matter of the right of self-determination, have the right to a seat at the table. And by virtue of that, we have the ability, the capacity — indeed, the responsibility — to share our views and perspectives in favour of our people with the objective of ensuring that we’re always going to be here. I really do think that we’ve come to a point in time where we’re starting to turn the corner to ensure that we do have a place in this space. I see and feel a level of support for what we’re doing, what we’re seeking to gain in every forum that we’re involved in — a level of respect and recognition that I think the subject matter deserves. Even though there are problems all around us, I’m absolutely optimistic.