Inside the National Biodiversity Cryobank of Canada, a DNA “library of life”

As its one-year anniversary approaches, the cryobank at the Canadian Museum of Nature is ready to grow its collection of plant and animal tissues
By Alexandra Pope
July 31, 2019

Roger Bull likes to say he’s in charge of a library on the dark side of the moon.

Not literally, of course; Bull is head of operations at the National Biodiversity Cryobank of Canada, located inside the Canadian Museum of Nature’s research and collections facility in Gatineau, Que.

Instead of books, this library houses thousands of vials of plant and animal tissue samples — so-called “instruction manuals” for how to create a great grey owl, a moose, a lake trout or an Arctic poppy — that are kept frozen at -170 C, the temperature on the dark side of the moon. But what exactly is a cryobank for?

The Canadian Museum of Nature has an extensive collection of preserved morphological specimens — think the bones, herbarium sheets and taxidermied animals that make a visit to the Ottawa museum so enthralling — but until now, Canada lacked a central repository for tissue samples for biodiversity research. 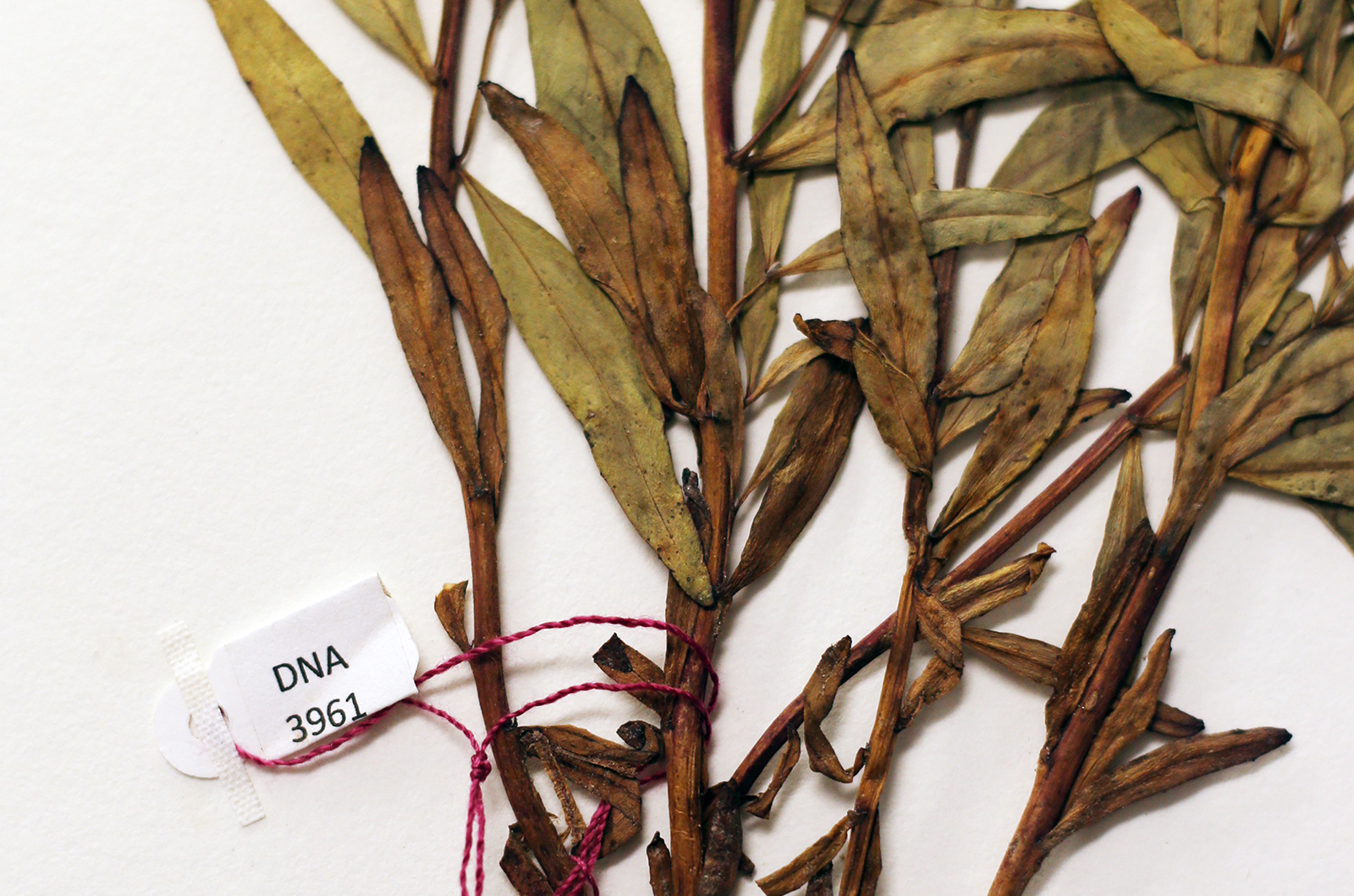 A herbarium sheet of dwarf fireweed collected in the field by a botanist at the Canadian Museum of Nature and tagged with its corresponding DNA sample number. (Photo: Alexandra Pope/Canadian Geographic)

Quality DNA samples are important for establishing evolutionary links and monitoring the genetic health of species at risk so decisions can be made for their conservation. But many tissue collections are vulnerable, notes Bull. “You may have a researcher who’s near retirement with a freezer full of samples, but no one in an institution knows what to do with them or wants to be responsible for them,” he says. “Putting them in here means they’ll be preserved forever.”

Since opening in September 2018, the cryobank, made possible by a $2-million donation from the Ross Beaty Family, has accumulated nearly 30,000 tissue samples, most collected in the field by the museum’s own researchers, others donated by Parks Canada. The samples sit in state-of-the-art cylindrical freezers, each containing a sealed tank of liquid nitrogen and a heat exchanger that continually re-condenses the gas — a significant cost savings over older freezer models that required frequent top-ups of liquid nitrogen.

“We could have a power outage of nine days and our freezers would still maintain temperatures that would preserve the tissue samples perfectly,” says Bull. 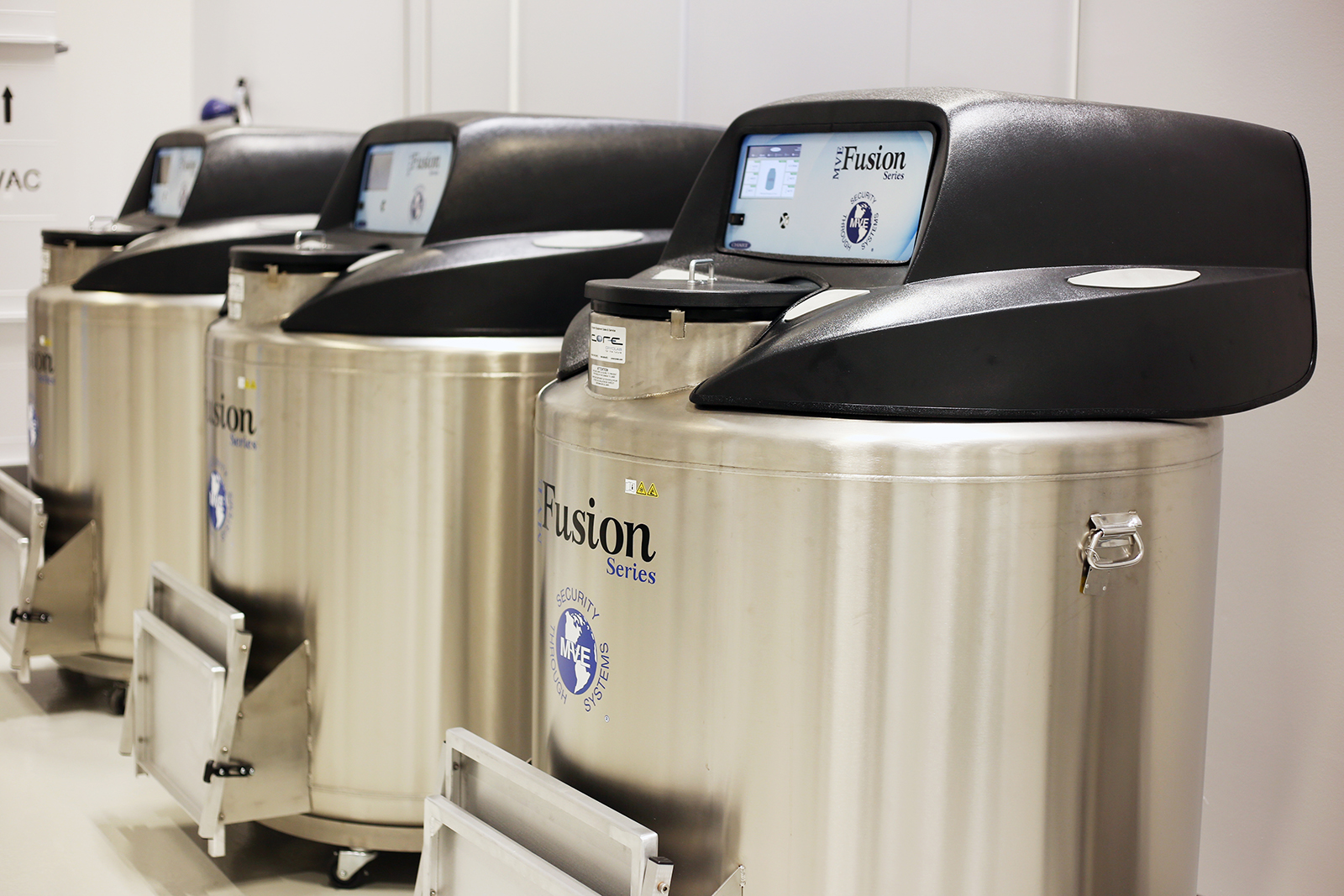 The cryobank’s freezers each contain a tank of liquid nitrogen and a heat exchanger that continually recondenses the gas. The cryobank could lose power for nine days and the freezers would still remain cold enough to preserve the tissue samples inside. (Photo: Alexandra Pope/Canadian Geographic)

The cryobank’s current capacity is 200,000 samples, but more freezers will be added to the existing space as the collection expands. To that end, Bull has started visiting Canadian institutions and speaking at conferences, encouraging researchers to deposit their collections in the cryobank.

With global biodiversity increasingly threatened by climate change and other human activity, Bull says it’s especially important to preserve these “instructions for life” in a permanent way, but he cautions against viewing the cryobank as a doomsday vault.

“I think that’s taking a pessimistic view of the possibilities of this place,” he says, adding that while de-extinction of a species is theoretically possible, it would be both difficult and expensive, and raises serious ethical questions. “It’s better to conserve what we have before it disappears.”

Watch: Roger Bull explains what a cryobank is for