Infographic: The future of Canada's skylines

Canadian skyscrapers are climbing higher than ever before, with record-setters planned for Toronto, Edmonton and even Quebec City
By Nick Walker
May 16, 2017

Architects, developers and urban planners are pushing Canadian city councils across the country to lift height restrictions on buildings to increase density over urban and suburban footprint.

Most major cities have height caps for new structures, citing concerns such as airport proximity, light obstruction and wind-tunnel effect, but when the restrictions are outdated or based more on aesthetics than anything else, they may not outweigh the need to provide higher-density residential and office space in core areas.

Take, for example, Vancouver's bylaw that puts the kibosh on anything that could obstruct views of the North Shore Mountains, or the Montreal rule that cuts towers off at 200 metres, lest they compete with Mount Royal. Calgary high rises can be any height, provided they don't cast shadows long enough to touch the Bow River. Tall-building proposals are often condemned by "horizontalists" who would see their home skylines restrained.

Edmonton, for one, is starting to embrace the high rise as a partial answer to largely unhindered sprawl. Stantec Tower, a residential/office building under construction in the centre of the city, will be 250.8 metres — 13 metres taller than Calgary's Bow, western Canada's tallest building since 2012. And Edmonton's Quarters Hotel & Residences (a.k.a. the Alldritt Tower), approved in April 2017, will stand an impressive 30 metres higher still, just a kilometre from the Stantec. Similarly, Quebec City's proposed 250-metre Le Phare de Quebec tower will be the highest-ever approved in the province, and nearly 120 metres taller than the next highest building in the provincial capital.

The following infographic breaks down the very tallest skyscrapers now under construction or proposed for Canada. For now, of course, the majority are in Toronto, but the coming years may see the high-rising trend spread to large population centres across the nation. 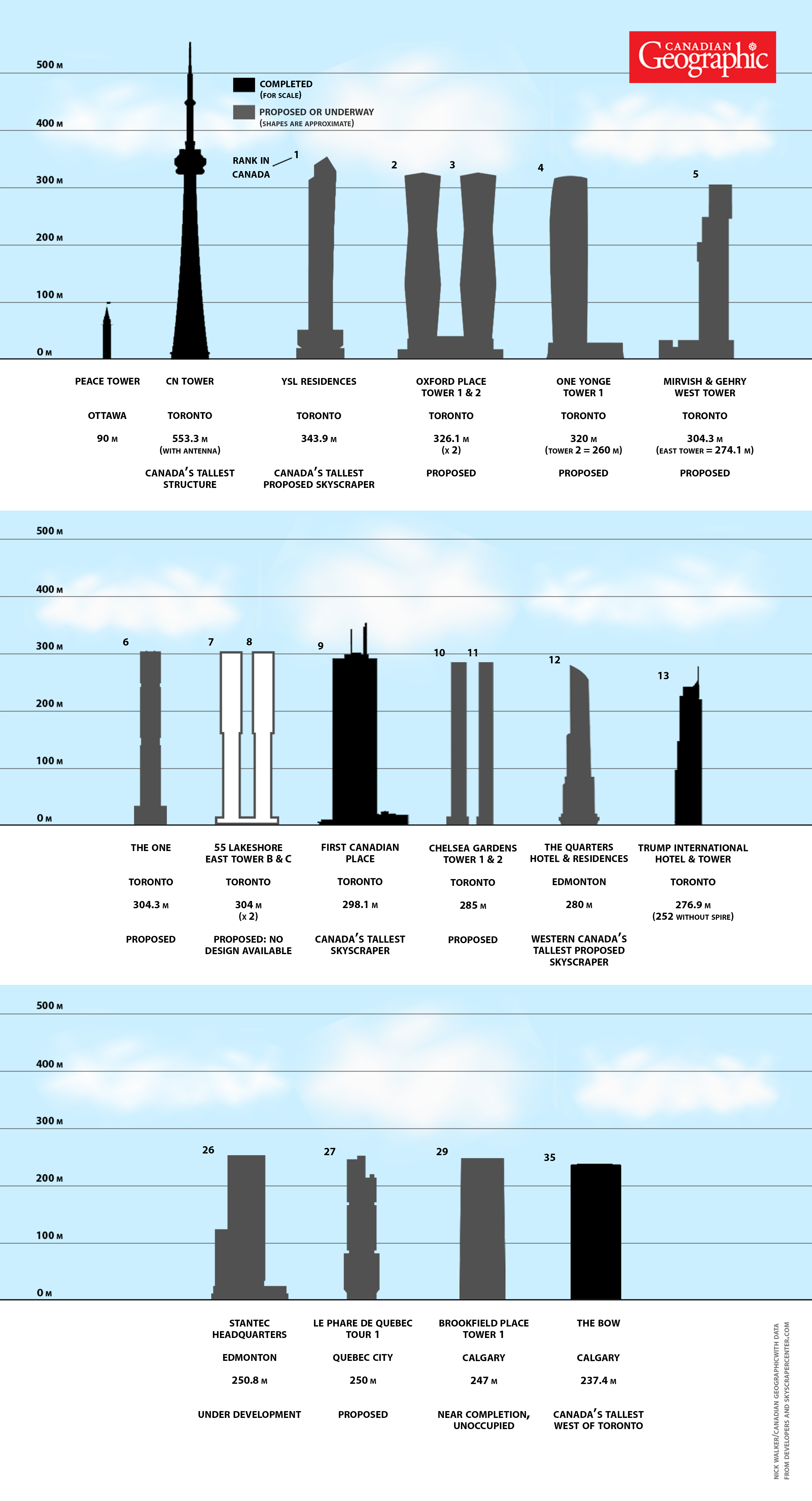