UNCEDED: Voices of the Land features 18 of North America’s foremost Indigenous architects and designers
By Dexter McMillan
May 3, 2019

“My mother was in a residential school where we couldn’t speak our language, we had to cut our hair, we couldn’t practice our religion,” came the emotional voice of Wanda Dalla Costa, an architect from the Saddle Lake First Nation, east of Edmonton, Alta. Her image is projected on exhibit walls at UNCEDED: Voices of the Land, a new exhibit showcasing Indigenous design and architecture. Her tone becomes more hopeful as she finishes her thought. "Now, in one generation, it’s completely changed.”

The exhibit, on now at the Canadian Museum of History in Gatineau, Que., features 18 of North America’s foremost Indigenous architects and designers like Costa.

Blackfoot architect Douglas Cardinal, who was the creative lead on the exhibit, was in attendance at the exhibit opening. 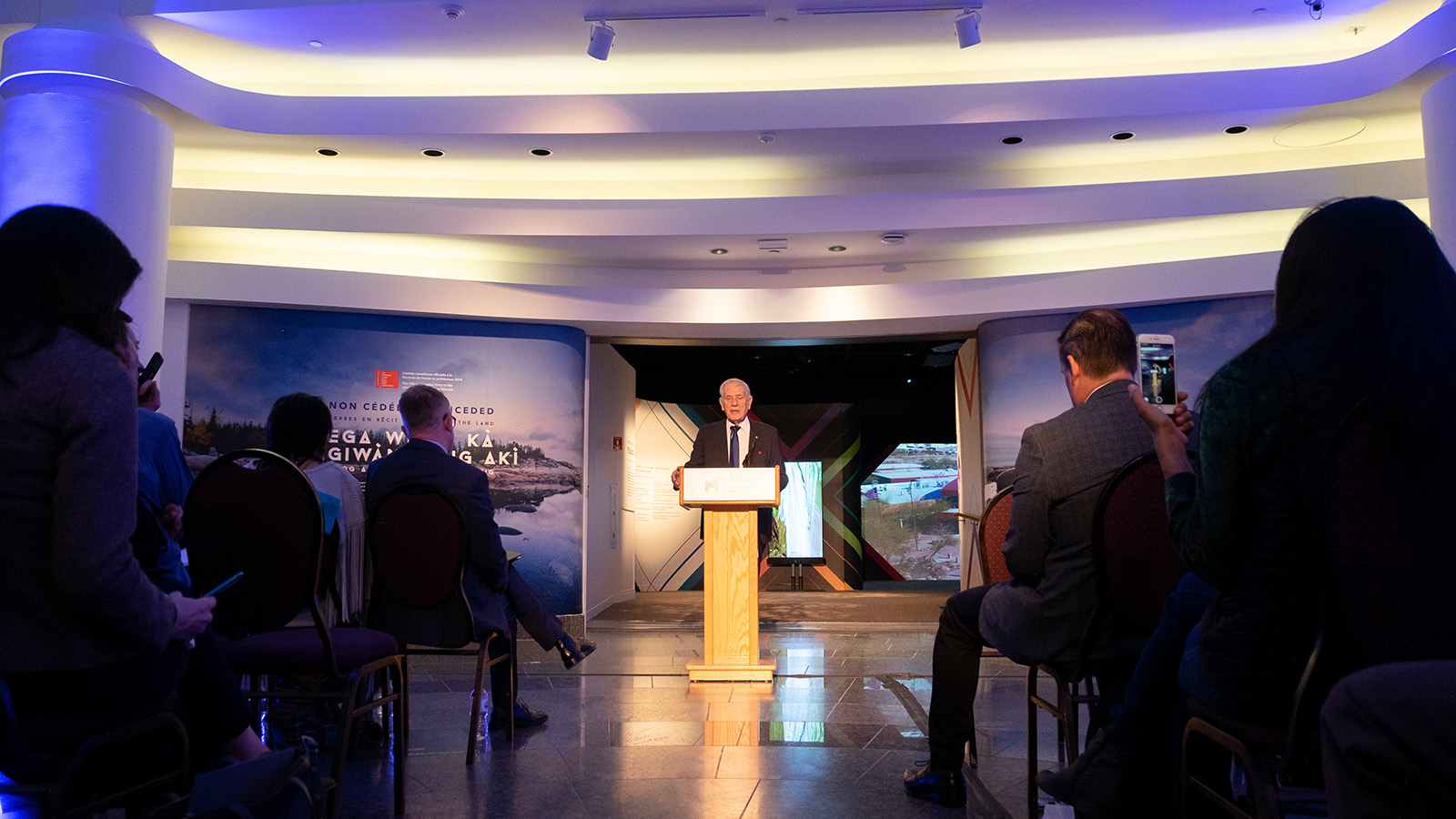 “We’re really coming together to be true partners and building a future for everybody in this country,” he told an audience of museum administrators and media. “A future of respect for each other and sharing what we have with each other."

Mark O’Neill is the president and CEO of the Canadian History Museum and a Fellow of the RCGS. He said the exhibit is part of an important continuing conversation about reconciliation.

“What Douglas Cardinal and his collaborators have done is to give meaning to reconciliation through architecture and design,” he said.

The exhibit is organized into four “territories,” each with a separate theme: sovereignty, resilience, colonization and indigeneity. Each theme is brought to life through video, some original and others collected from archives.

As guests wind their way through curvilinear rooms, floor-to-ceiling videos feature the architects talking about their work, what Indigenous design means to them or, in the case of Costa, the painful legacy of residential schools. 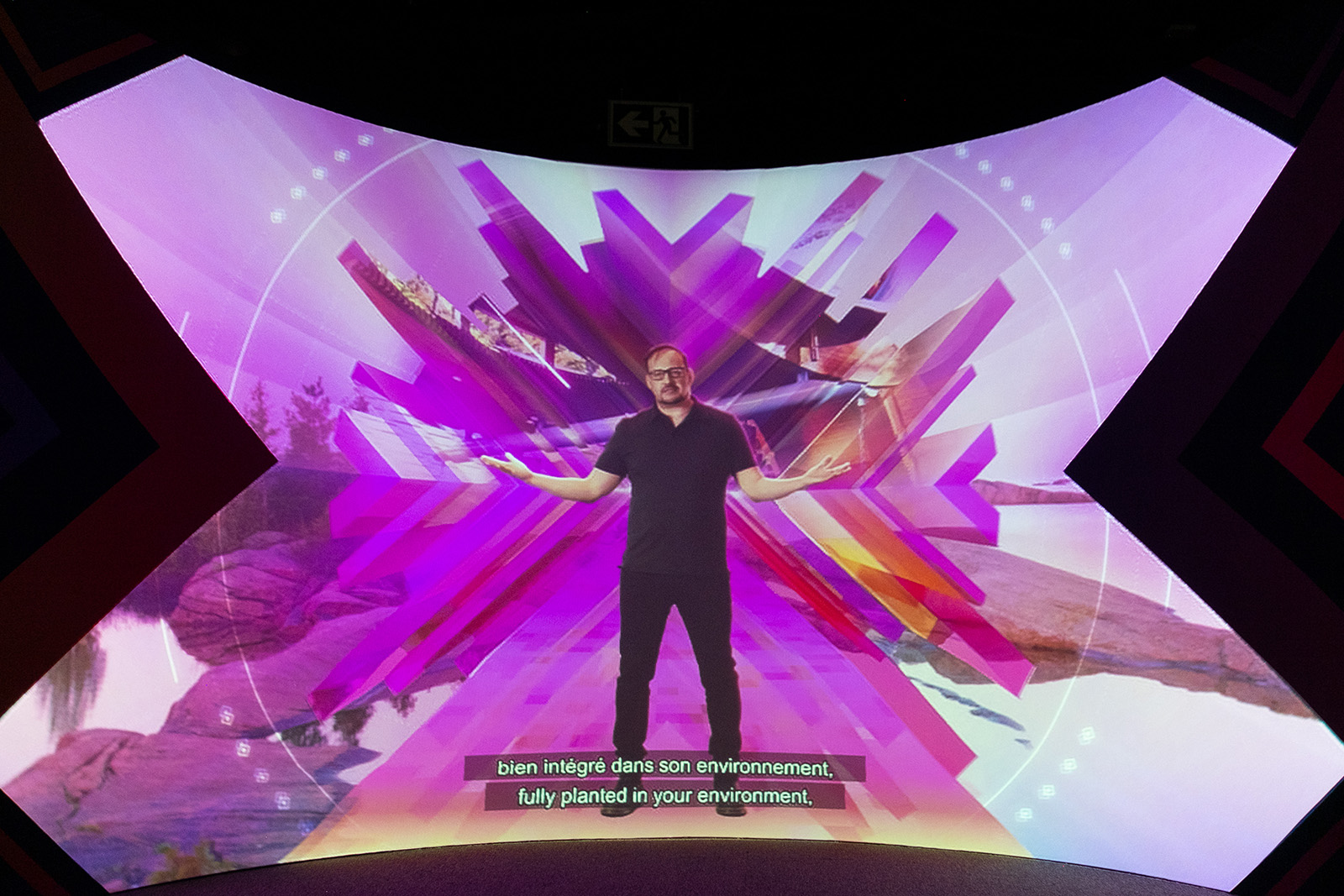 A massive screen features a video from one of the exhibit's featured architects, Alfred Waugh, who tells visitors about Indigenous design and architecture. (Photo: Dexter McMillan/Can Geo)

The videos feature a fusion of bright, futuristic graphics alongside more traditional Indigenous symbols. Cardinal says he wants to show visitors that Indigenous architects and designers present solutions to living in our rapidly changing climate.

Cardinal designed the Canadian Museum of History in 1989, 30 years prior to the opening of UNCEDED. O’Neill describes the museum as “completely non-colonial in its look and feel,” and says that Cardinal and other Indigenous architects have left an indelible stamp on Canadian architecture.

“There really is a signature architecture development in Canada in particular,” said O’Neill. “Which may, in fact, be clearly defined as Indigenous.” 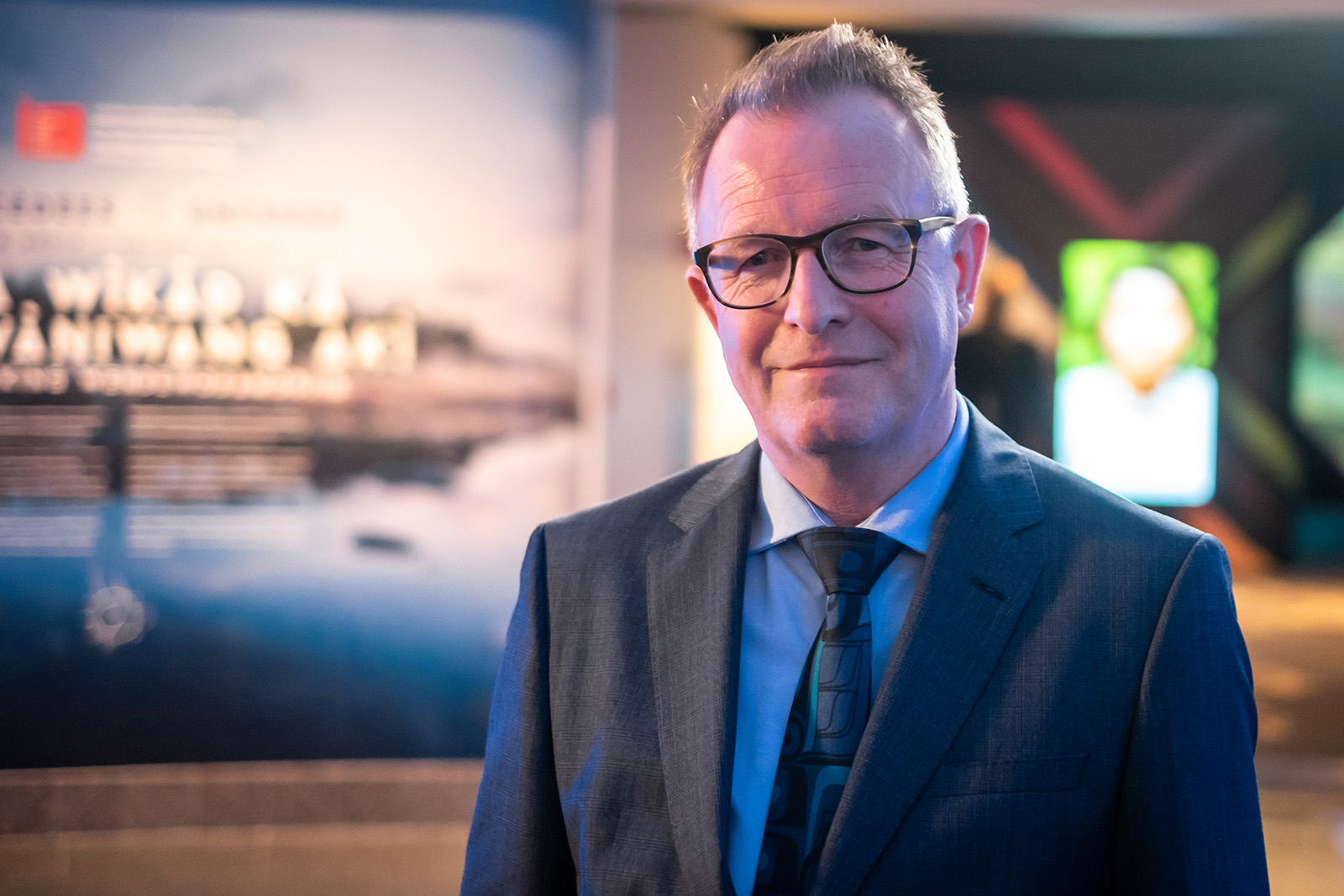 Mark O'Neill, RCGS Fellow and President and CEO of the Canadian Museum of History, gave a speech at the opening of UNCEDED. (Photo: Dexter McMillan/Can Geo)

UNCEDED: Voices of the Land was created as Canada’s submission to the 2018 Venice Architecture Biennale, an annual international architecture exhibit. This is the first Canadian submission to this prestigious event to be put on display for Canadians to see. It is at the Canadian Museum of History until March 2020.