The Raftsmen tells the remarkable (and once nearly forgotten) story of how four French expats living in Canada became the first to cross the North Atlantic by raft
By Harry Wilson
October 3, 2017

In the annals of modern-day ocean-going exploration, the tale of Thor Heyerdal's Kon-Tiki expedition is a hard one to ignore: in 1947, six men successfully sail 101 days on a balsawood raft across the Pacific Ocean from South America to Polynesia in an effort to prove that the latter could have been populated by people from the former. The ensuing result? A renowned book, an Oscar-winning documentary, worldwide fame for Heyerdal and an enduring legacy as an epic adventure.

Less than a decade later, four French expats launched a similar expedition from Canada, successfully sailing 89 days on a cedar-log raft across the Atlantic Ocean from Halifax to Britain in an effort to prove the power of the winds and currents alone could get them there. Unlike the Kon-Tiki expedition, however, after a brief flurry of global publicity, the voyage of Henri Beaudout, Gaston Vanackere, Marc Modena and Jose Martinez aboard L'Egare II soon faded from the public's consciousness.

That began to change in 2012, when two Canadian journalists, Louis Hardy and Marie Wadden, helped revive the story, which was eventually turned into Wadden's award-winning radio documentary. Now, the account of L'Egare II has arrived in book form as The Raftsmen, a storytelling tour de force that sees author Ryan Barnett and illustrator Dmitry Bondarenko combine their talents to remarkable effect.

The excerpt below is from the book's third chapter, entitled "Sick Man Aboard."

Temperatures on the North Atlantic in those early days of the trip hovered around 5.5°C (42°F). Conditions were made all the more uncomfortable by the inescapable moisture. Even the cabin was constantly wet, especially after that first storm. Jose later complained to reporters that there was “always water on the floor.” He said it was very damp and their clothes were wet. Henri echoed these sentiments: “We felt so cold that it seemed we should never be warm again.”

Both Henri and Marc self-published memoirs chronicling their time aboard L’Égaré II. Henri has also given interviews in later years, including several for this book. Gaston left behind his photographic record of the journey. But Jose Martinez left little trace of his time aboard the raft. He remains a mystery — a missing piece in the tale of L’Égaré II. For his story, we have had to glean plausible details from the accounts of the others, as well as the newspaper coverage from the time.

Henri and Marc both wrote of Jose’s seasickness, which began almost immediately after their departure and was exacerbated by the storms the crew faced early on in their journey. “We noticed at once that Jose was the person who had suffered most from the long hours of rough weather,” Beaudout recorded in his journals. “He had been very seasick, and this seemed to make a completely different man of him.”

In its first month at sea, the raft had managed to cover just a tenth of the distance from Halifax to Europe, and as time dragged on, Jose grew sicker. Both Modena and Beaudout wrote that their cook spent his days sitting on a box, staring off into a dream world. He eventually gave up his duties, no longer taking his two-hour watch at night or preparing the crew’s meals.

Interestingly enough, at this very time, the Halifax Chronicle Herald published an article by Dr. Edwin P. Jordan entitled “Seasickness Makes You Want to Die.” In it, Dr. Jordan describes seasickness from the point of view of the afflicted: “Usually, the victim has been feeling fine and in good spirits and suddenly becomes quiet and subdued,” he writes. “He begins to feel nauseated and mentally depressed. Life no longer seems worth living.”

Henri recalls seeing Jose kneeling on the deck of the raft, his forehead pressed against the logs for quite a long time. It wasn’t long after their brush with Sable Island that Jose would go to Henri and ask to be transferred onto the next passing ship. That evening, Henri wrote in his log, “Jose is still ill. He is constipated and has developed a hatred of the sea. We watch out for a boat.” 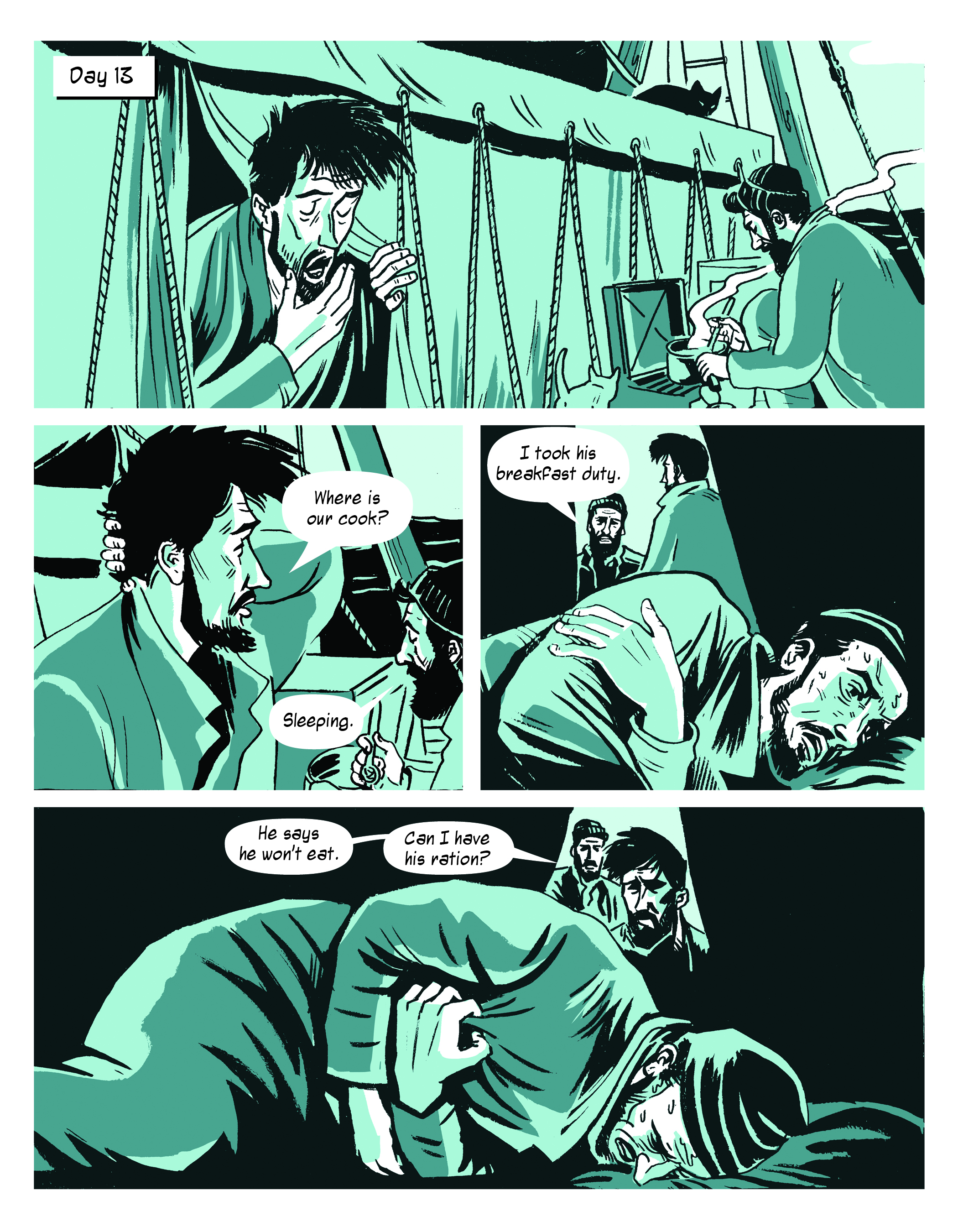 Newspapers first reported of Jose’s illness on June 12. “We have a sick man on board,” the message from Marc was reported to go. “He would like to return to Canada.” That message, transmitted on June 8, included no special rescue request — if Jose were to be saved, he would have to wait. And wait he did, for nearly two weeks.

During this time, the crew’s rations were rapidly depleting. Their plan to supplement with fish they caught along the way hadn’t worked out. In the cold waters of the North Atlantic, the fish remained deep below the surface, well out of reach of their fishing lines and the tridents each man had fashioned for himself. They fished in vain for weeks — all the while, their stores grew smaller and smaller, even with Jose often passing on his share.

The weather also continued to be unfavourable, as storms routinely tested the raft and the men. For Jose, it was a desperate and miserable situation with little sign of relief. Then, disaster struck on day 19. 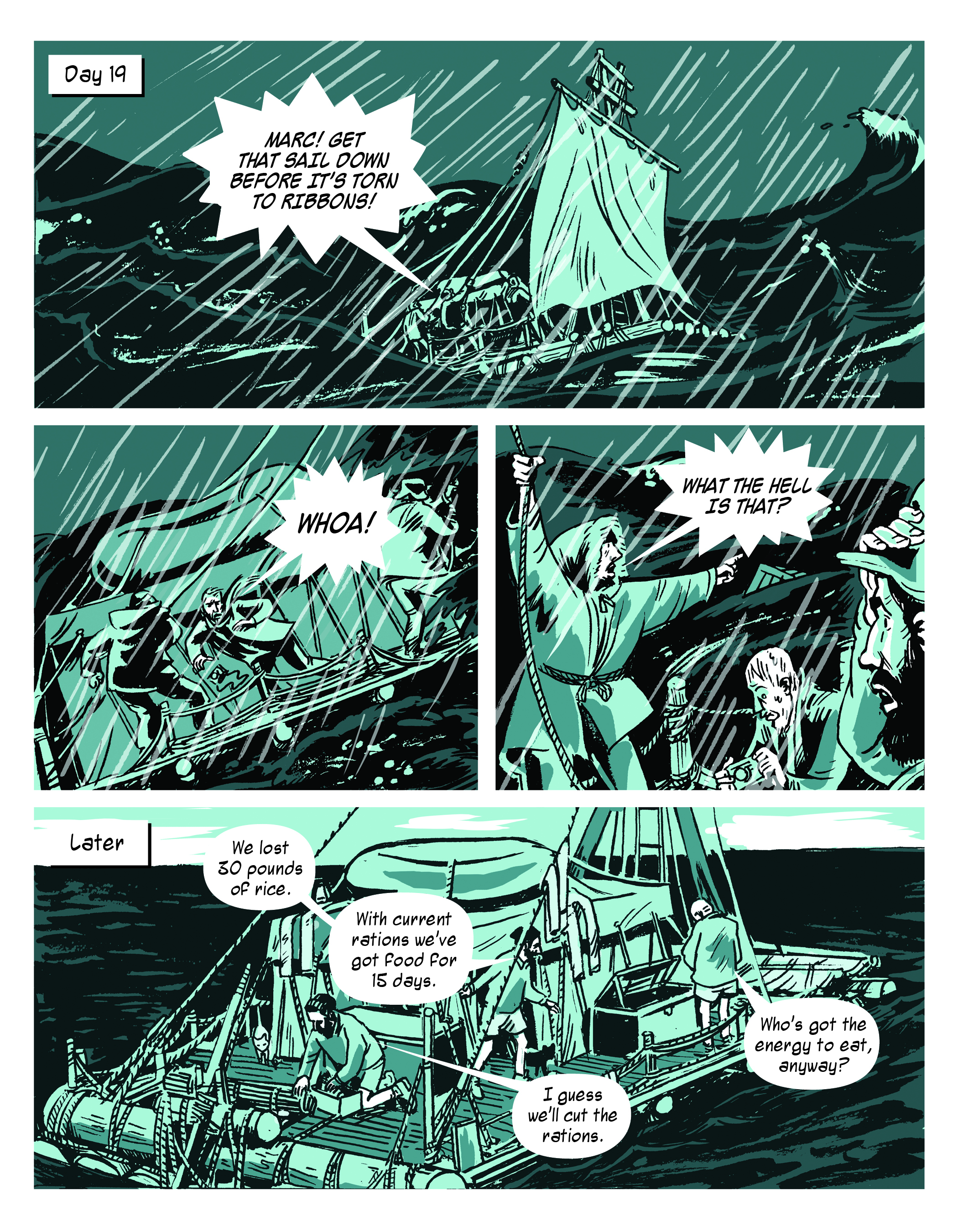 After losing the rice, rations were further cut to one potato and one piece of toast. The situation on board was untenable. To Beaudout, Jose Martinez needed to disembark and they needed to reach the Gulf Stream before the three remaining crew members starved to death.

Finally, on the evening of June 20, twelve days after deciding that Jose had to leave the expedition, Henri spotted the Canadian research vessel Investigator II off their starboard side. Henri fired a flare into the sky to catch the passing ship’s attention. Captain William Barbour, the man in charge of Investigator II, lowered a long boat into the water to collect the ailing man.

“I assumed that we all had the same ideal in mind: the making of one sublime effort to accomplish something which might, and probably would, demand all we had to give,” Henri later wrote. “I could not imagine any conditions defeating any of us morally … Jose Martinez must have conceived the expedition from an entirely different aspect. The physical weakness that overtook us all because of our rations and the cold and damp conditions was, apparently, too much for him.” 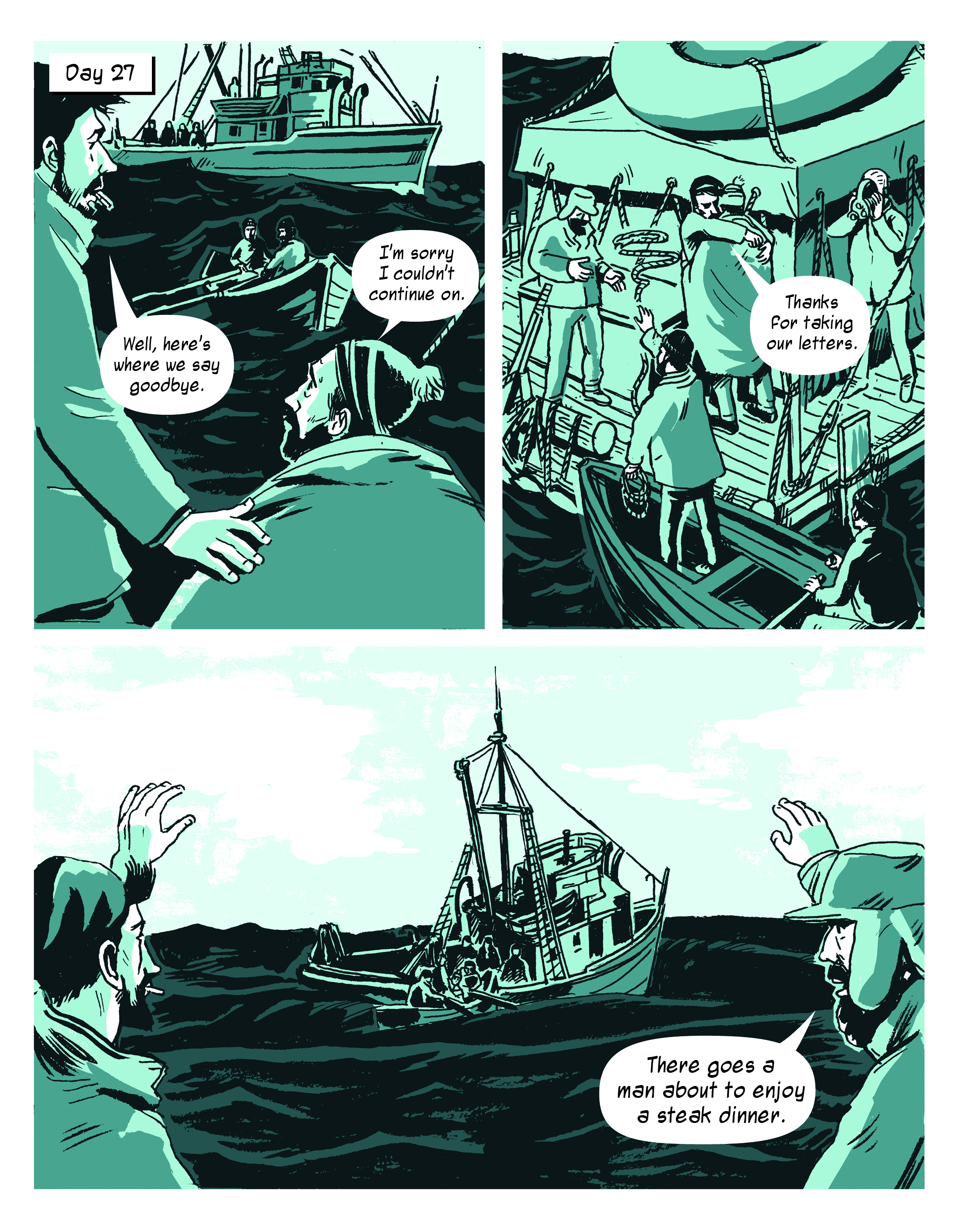 Excerpted from The Raftsmen by Ryan Barnett with illustrations by Dmitry Bondarenko, published October 2017 by Firefly Books. Reproduced with permission from the publisher.