Innovative laboratories are adding new capabilities to climate research and communications in the western Arctic
By John Bennett
June 14, 2018

In Cambridge Bay, Nunavut, innovative mobile research laboratories are adding a new dimension to Arctic science — and could improve communications and safety for Inuit hunters.

The Arctic Research Foundation, a private, non-profit organization that collaborates with scientists and Inuit communities, has created the labs from discarded shipping containers (which are often left behind in Arctic communities after the annual supply ships depart) by fitting them with insulation, a heater, a laboratory space with room for seven people, electrical outlets and a composting toilet. With solar panels for the long days of the Arctic summer and wind turbines for winter, they generate more than enough electricity.

Flexibility is key. We can easily adapt these labs to a wide variety of science projects: geology, archeology, biology or even marine research.

“Flexibility is key,” says Adrian Schimnowski, the foundation’s CEO and operations manager. “We can easily adapt these labs to a wide variety of science projects: geology, archeology, biology or even marine research.” They can be moved easily from one research site to another, giving scientists much more information than they could obtain from stationary facilities, and can power extra equipment such as a weather station, observatory, communications equipment — or an entire camp. University of Calgary geographer Brent Else, for example, has packed one lab with sophisticated equipment that measures how the ocean absorbs greenhouse gases, an important factor in understanding how the Arctic responds to and influences climate change. 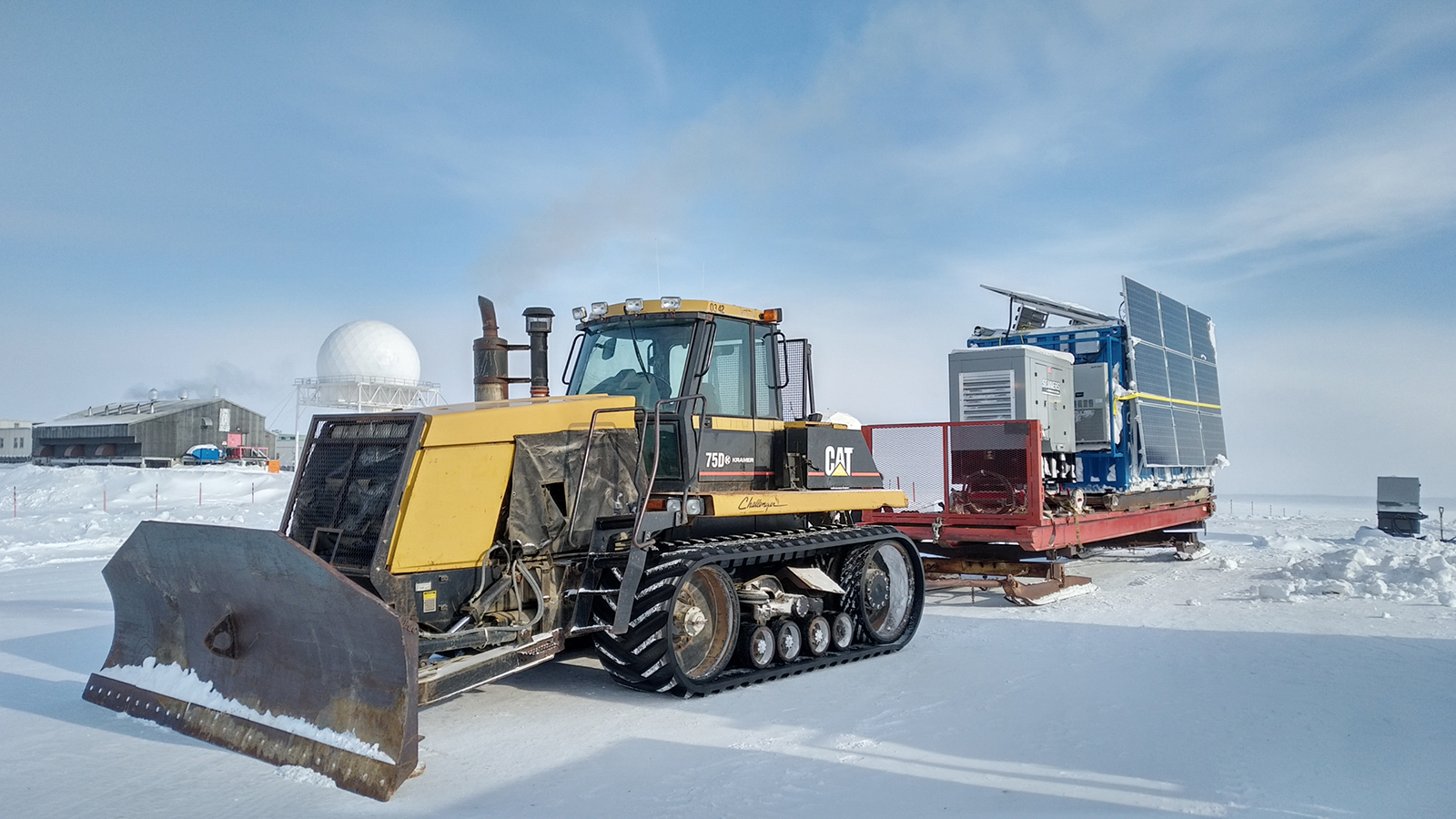 The labs were developed with funding from the Canadian Northern Economic Development Agency, and are being set up in remote locations in the Cambridge Bay area as part of a project supported by Polar Knowledge Canada and other groups. The researchers involved have been working closely with the southern Victoria Island community, benefitting from the expertise of many residents, including ice guides and heavy equipment operators who have turned the skills they acquired working with mining companies to the service of science, pulling the labs over ice and snow on large sleds to distant research sites.

The labs are intended to serve the community as well as science. They can act as weather stations, informing hunters of wind conditions and temperature along travel routes, and could provide caches of emergency supplies. Perhaps most importantly, they could be used to improve communications in remote areas, so that in an emergency a hunter could call for help on a cellphone.

“We are guests on Inuit land,” says Schimnowski, “and Inuit know how to live off the land better than anyone else. We receive support from the community in many different ways, and so out of respect we provide support to the community. It’s a way of saying thank you.”