How to fix a turtle

An Ontario centre is charting new horizons in wildlife rehabilitation — one reconstructed turtle at a time
By Leslie Anthony
With photography by Megan Lorenz
October 23, 2020

Even at 80km/h I recognize the mossy, serated dome on the pavement ahead. Braking carefully, I pull off and put on my hazard lights. Fortuitously, the snapping turtle is in my lane facing the shoulder; moving it off the road in the direction it’s headed shouldn’t be difficult.

As snapping turtles go, it’s medium-sized, shell length about 25 centimetres. Stopped and looking around, it appears spooked by the rumble of passing traffic. Or the alien nature of asphalt — another planet to an aquatic creature. I gently prod the animal’s rear in hope that it resumes progress. Instead, it pulls back its head with a hiss. Plan B: carry it across.

Unlike most turtles, whose scope of defence is firmly out front, snappers can extend a snake-like neck sideways to nip the unwary, so when I do pick it up, I stay behind, grasping the base of its tail with one hand while slipping my other hand beneath its belly. I place it on the sandy shoulder, which seems to feel familiar enough to the animal to flick a switch — it bolts down the embankment, splashing into the watery umbra of a cattail marsh.

Every year, thousands of turtles are hit by vehicles while crossing Ontario’s roads. And although this one might have made it safely across without intervention, the encounter is coincidental: occurring as I’m en route to a place of great fortune for its less-fortunate brethren — the Ontario Turtle Conservation Centre.

Turtles are among the world’s most endangered vertebrates. Almost half of some 300 species worldwide are at risk of extinction. Habitat loss and fragmentation — usually by roads — top the list of threats, interfering in everything from foraging and hibernation to nesting. The result is shrinking, vulnerable populations whose decline is further exacerbated by vehicular mortalities, poaching for the pet and food trades, fishing bycatch, and egg consumption by predators, such as skunks, raccoons and foxes, whose unnaturally high numbers are connected to human communities. 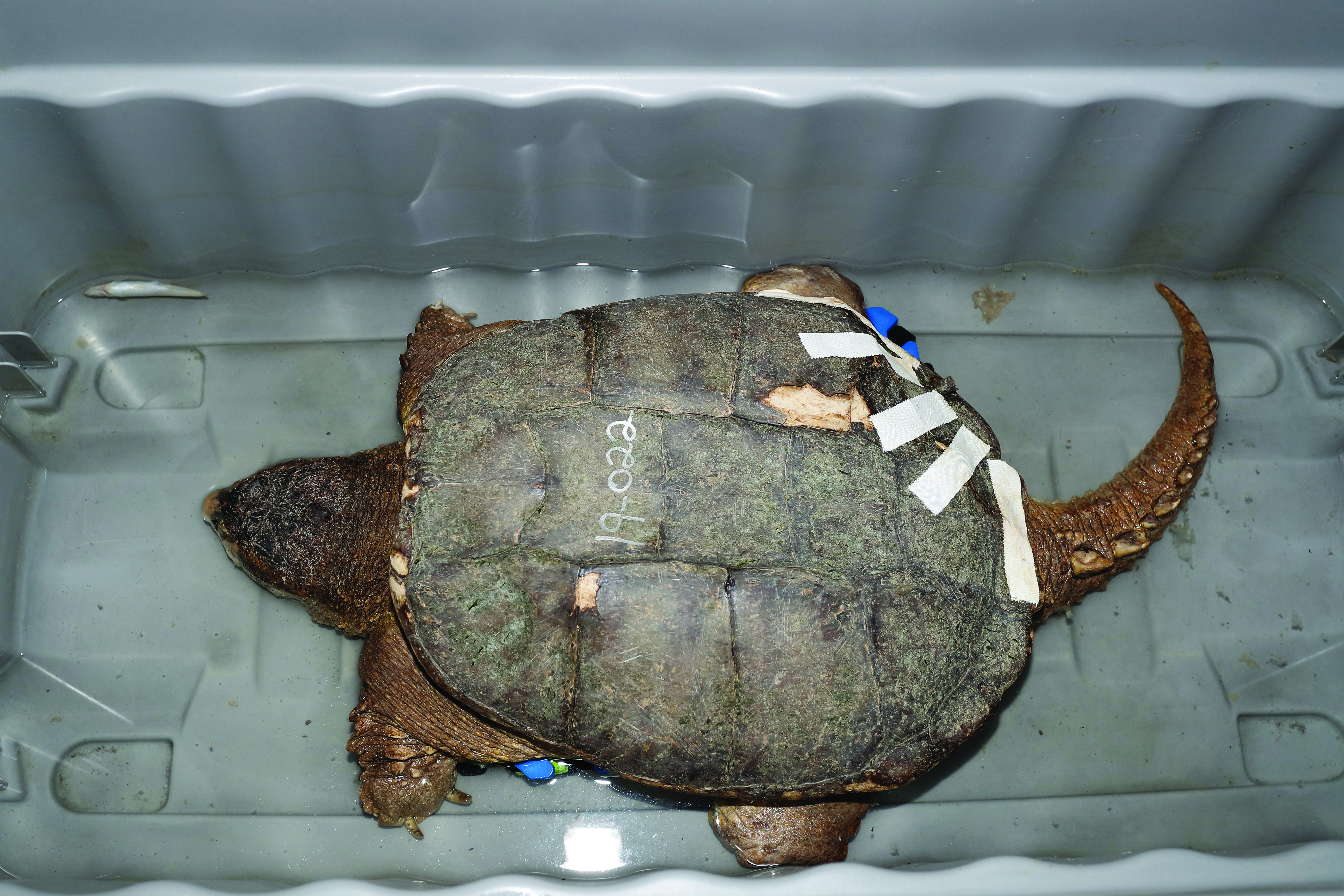 To help reverse this trend, the centre, originally called the Kawartha Turtle Trauma Centre when it opened in 2002, takes a three-pronged approach to protecting and conserving turtles and their habitat. Foremost is housing a world-leading hospital that treats and rehabilitates turtles, then reintroduces recovered turtles back into the wild, as well as hatching eggs from females killed on roads. Second is conducting field research to further conservation initiatives. And third is running a comprehensive education and outreach program.

Located on the outskirts of Peterborough, Ont., about 150 kilometres northeast of Toronto, the centre’s nondescript, one-storey building hardly presents as a heralded roadside attraction — yet it’s a popular stop for organized groups and walk-ins. I mingle among the latter as I step into the bright reception area on a late-May morning. In one corner is a gift shop, posters and displays on the walls; the rest is dominated by gurgling artificial pools housing well-scrubbed turtles that, for various reasons, can’t be released. These spiffy residents, now serving educational and outreach purposes, include Paddy (a snapping turtle), Andrea (a Blanding’s turtle), Mappy (a northern map turtle), Rusty (a wood turtle), Shellbie and Picasso (Midland painted turtles) and Zig and Zag (eastern musk turtles). Absent from this all-Ontario-species roster are the spotted turtle and the eastern spiny softshell turtle, which visitors learn about soon enough from an abundance of interpretive material.

Flowing along in a group of excited kids who are trying to see everything at once, my own turtlepalooza is cut short by staffer Wendy Baggs, who steers me outside to a quieter enclosure that features ponds, a garden that grows greens to feed turtles, and displays on pollinators, invasive species and wetland preservation. Come warmer weather, she explains, the centre’s celebrity turtles live here. 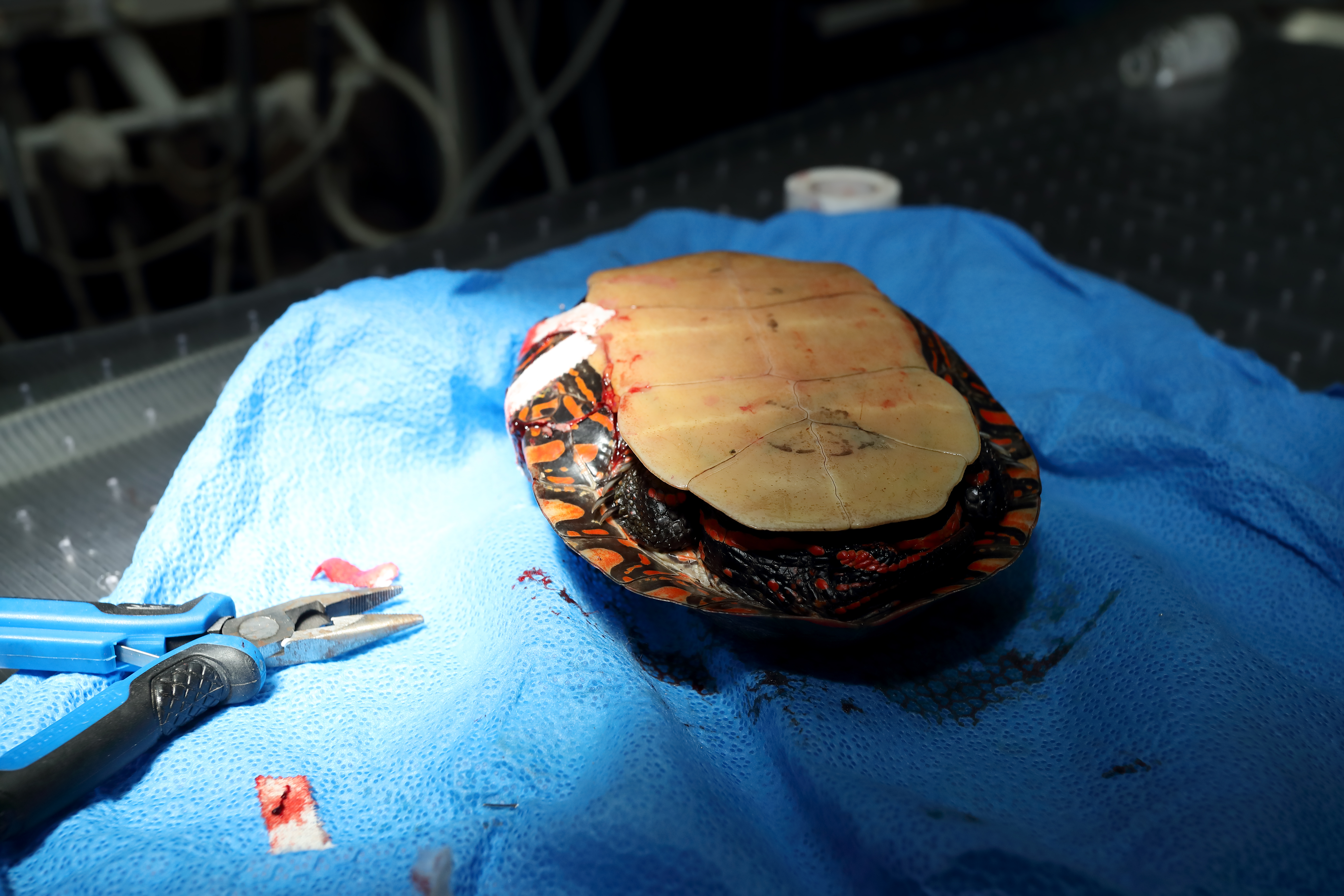 “This is the most rewarding work I’ve ever done,” says Baggs, a multicareer retiree who found her true calling as a volunteer “turtle driver” (an ambulance-like service that shuttles injured reptiles to the facility from across southern Ontario). Now she’s the centre’s education and outreach director, overseeing its parade of curious visitors and driving up to five hours to conduct offsite presentations.

“We reached 15,000 people last year,” she notes proudly. “Few knew the differences between species or how many exist in Ontario. Seniors would say ‘I’ve lived here this long and had no idea...,’ while kids were most enthused to learn how to move turtles off the road.”

Our last stop on the tour is a room stacked with egg incubators and year-old snapping turtle hatchlings, all of which crowd to the edge of their tanks, heads stretching up in Pavlovian unison, certain we are delivering food. Raising eggs and hatchlings is hospital business but also figures heavily in the centre’s education — everyone loves baby animals — and research, such as its radio- tracking program comparing the movements of wild-hatched Blanding’s turtles with those hatched at the centre. So far, growth and survival rates of centre-hatched turtles are on par with their wild cousins. Though small, the hatching room is central to this labyrinthine complex, and through its several portals I spy wall-to-wall turtles — in bins and tubs and pans, stacked on shelves and, at this time of year, lining hallways and constellating the floor everywhere.

When the weather warms up for good in late spring, Ontario’s turtles start to move on the landscape. Early on, it’s mostly males, leaving hibernacula, bound for summer foraging grounds or seeking mates, while later, in June, it’s females looking to nest. Whatever the reason in forsaking a waterbody for land, roads are often in the way. Despite being a 220-million-year-old marvel of evolutionary engineering, a turtle’s shell is no match for any kind of vehicle, and the damage done to those hit that don’t die outright is gut-wrenching. Summer 2018 saw almost 1,000 turtles pass through the centre. And with 2019’s much cooler spring, the carnage started later but increased faster. By May 24, 2019, the centre had admitted 141 turtles; three days later, that number was 230. 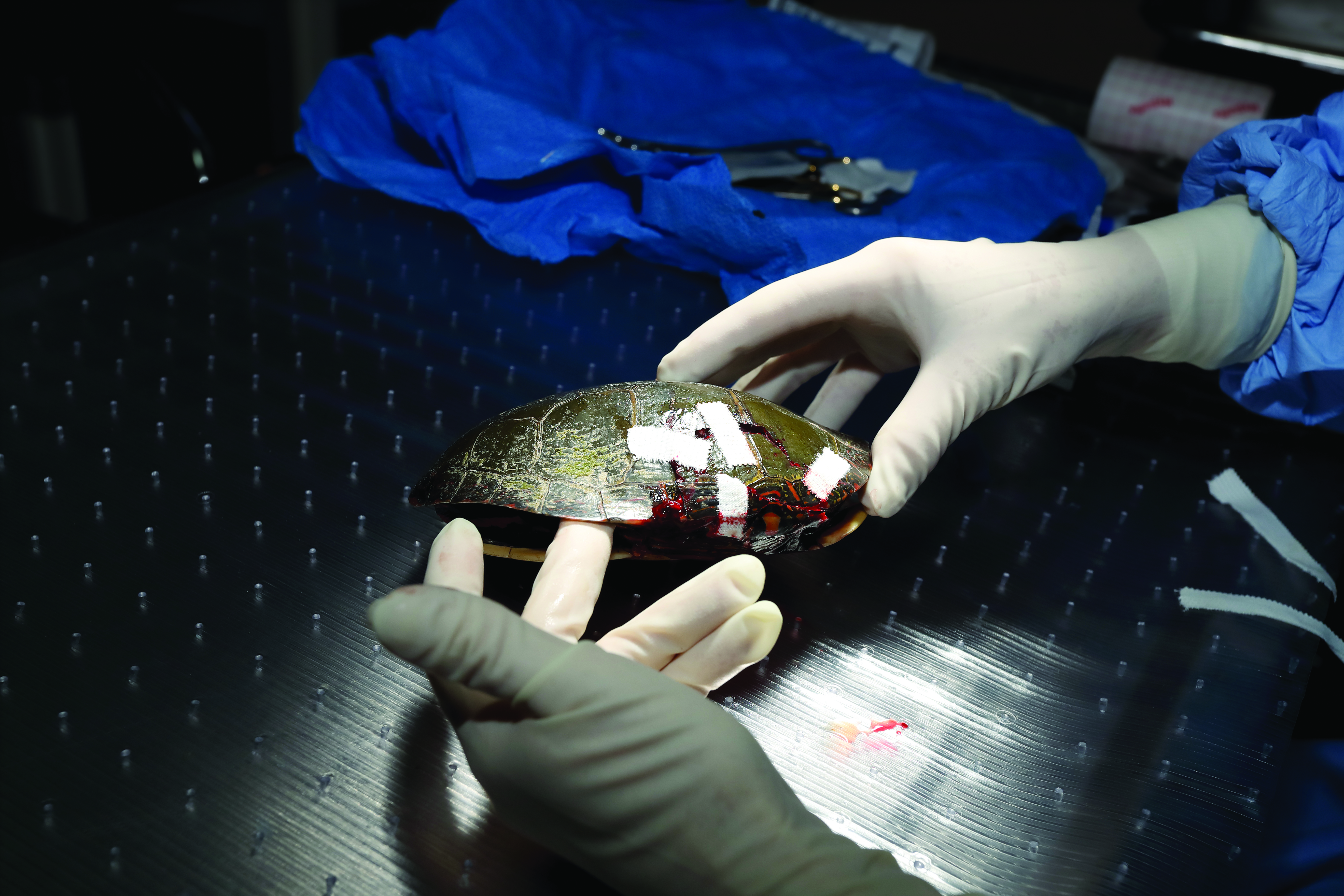 When I meet Sue Carstairs, the bright-eyed dynamo who runs the centre, it’s hard to square her upbeat composure with the surrounding horrors as she leads me through the packed emergency ward — a chaos of blood and bone and entrails. One large snapper splayed and unmoving in a tub is literally split down the middle with a rubicund gash, ribcage exposed and organs visible. It’s hard to imagine it’s still alive.

“They’re quiet like that for a while,” says Carstairs. “But they’ve all been given pain medication, fluids and antibiotics if necessary. He’ll actually probably be okay.”

Working as a wildlife rehab veterinarian, Carstairs longed for a project that did more than generate feelgood PR. Having had turtles as a kid and working with them in private practice and animal shelters, she joined the centre in 2009 as executive and medical director. The centre was at a juncture of needing to either grow substantially or dissolve when Carstairs arrived. The fatigued founders didn’t even have a financial strategy, despite being in the process of moving from free space to a rented unit where operational costs would soar from $8,000 to $60,000 annually. “I had to learn grant writing quickly,” recalls Carstairs of her indoctrination into fundraising. 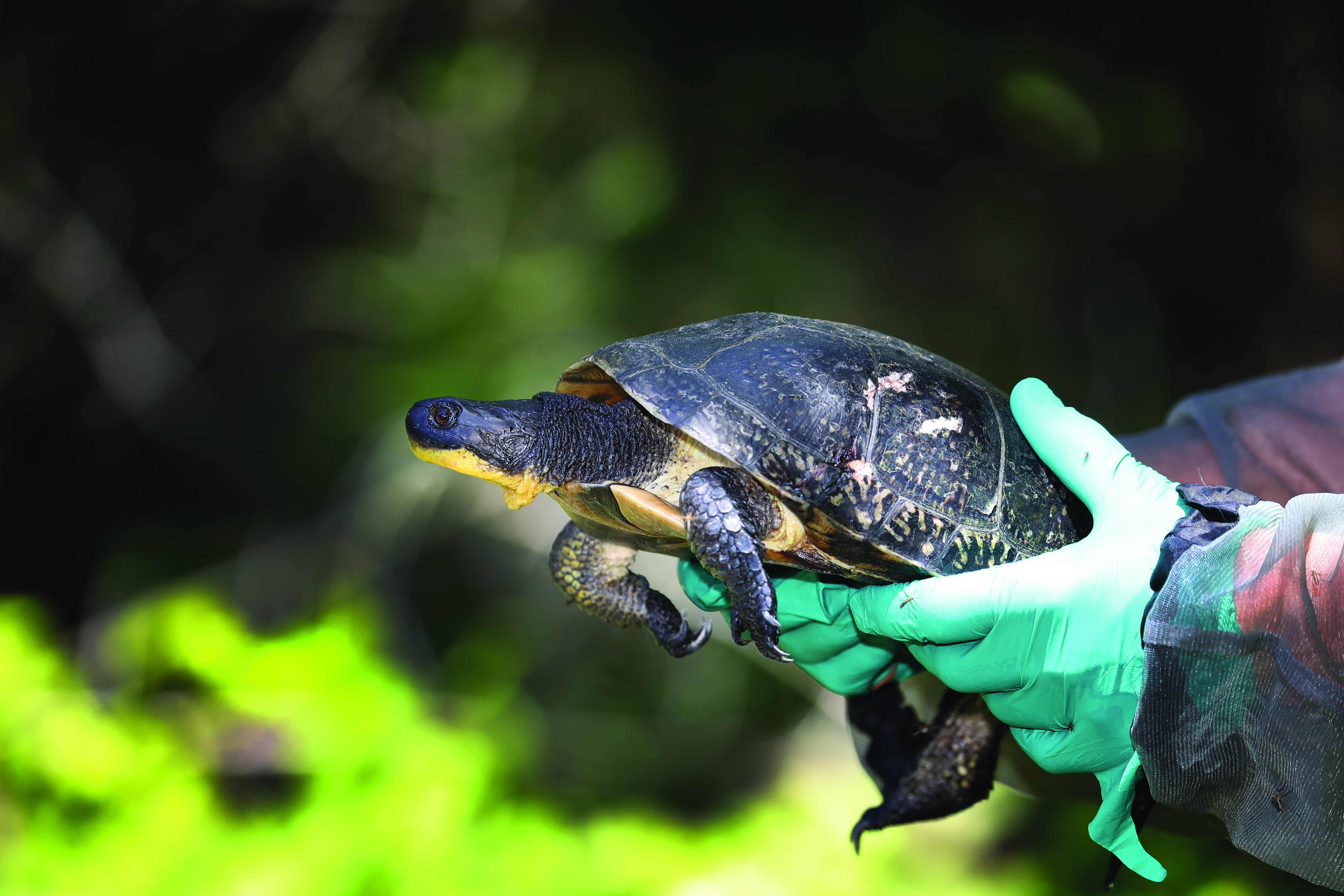 That wasn’t all. With no experience in road ecology or incubating and hatching eggs, Carstairs attended many conferences, paying her way to all.

“I never unpacked my bag the first few years. If I was going to steer the ship, I had to learn about all these things."

She was a quick study. The Toronto Zoo also helped with certain aspects, and she met generous biologists who mentored her on fieldwork. Under her direction, the centre has grown at an unprecedented rate: public awareness is up, capacity is full, and it’s staffed by five regular full-time paid employees (including Carstairs), nine with seasonal contracts and 35 volunteers. Much of her time is given to running the centre, fundraising efforts, offering consults to people from around the world on how to save injured turtles, and recruiting and training fellow vets from around Ontario to do their own turtle work. But clinical duties dominate at this time of year.

On a weekend like the last one, with 50 turtles a day arriving, technicians perform triage and make operable animals comfortable and ready for anesthetic and surgery. When Carstairs arrives, she stays until all the work is done — often up to 10 hours.

A variety of techniques and materials are used to repair shells, including epoxy and plastic zap straps (previously it was wire and screws). Turtle shells are bone, so the minimum time to heal an uncomplicated crack with no spinal injury is eight to 12 weeks. Though mammal and bird bones heal faster, Carstairs still describes turtles’ healing ability as “mind-blowing.” 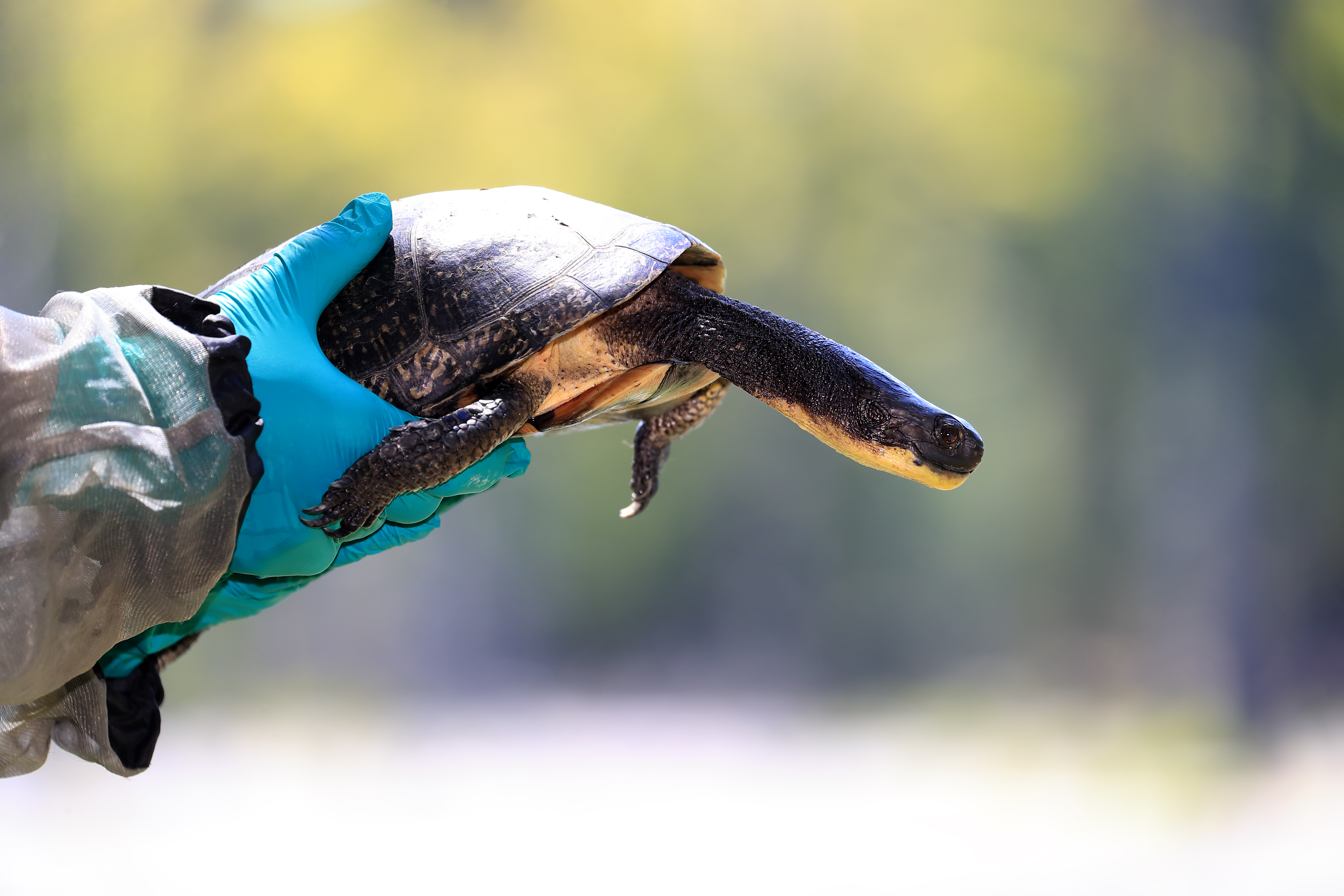 “It’s slow, but incredible — they actually regenerate spinal-cord tissue. It might take some of them years to get healthy, but you have to be patient. Before they leave they have to function like a normal wild turtle, so some require rehab. Our physiotherapist, Carol Small, modifies what she does with humans for turtles, working on range of motion, building little ramps and other tricks to get them to use legs they’re otherwise prone to tuck under their shell — it really helps with outcomes.”

When I’d first called Carstairs in the spring of 2019, there were still 896 turtles in the centre slated to be returned to the wild (more than 2,000 were released in 2018). Readying them involves removing all repair material, ensuring they’re feeding well, implanting ID microchips that will yield information on movements, and confirming return locations. By the time of my visit, they had already sent 300 back out, staggering outflow so that the volunteers returning them don’t all show up at once — especially during this critical time when turtles are also arriving in large numbers.

When I check back in late September, Carstairs is about to embark on a well-earned vacation. “It was an unbelievable year,” she begins. “We’re closing in on 1,500 turtles for the season, and somewhere over 6,000 eggs hatching — I lost count a while back.”

Again, she emphasizes that despite its wide-ranging work in medical reconstruction, rehabilitation, hatching, research and education, the centre is striving toward a single, unified objective: increasing awareness of the many challenges facing Ontario’s turtles. “When I started here,” says Carstairs, “I couldn’t have even imagined the things they routinely recover from.” 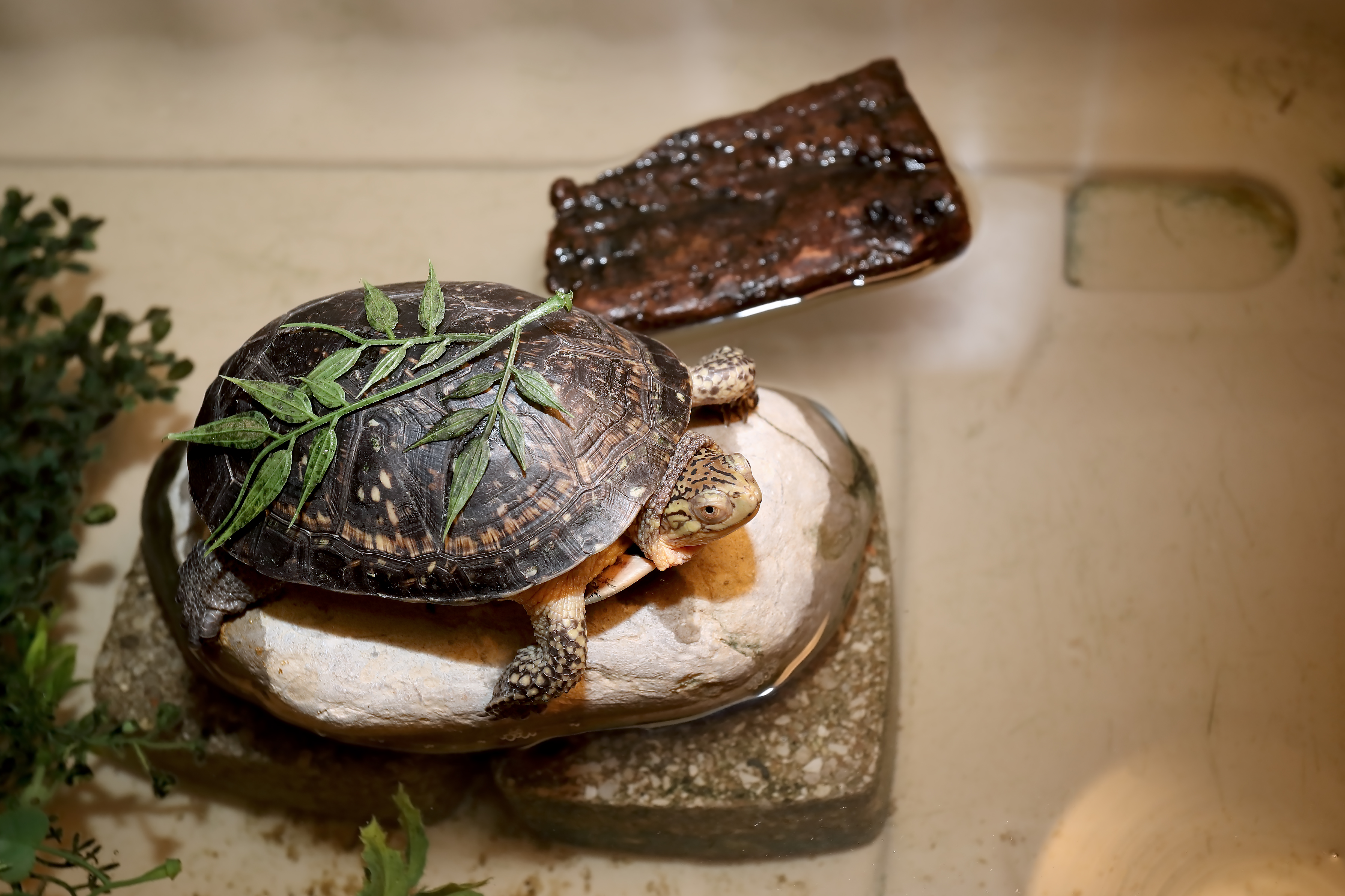 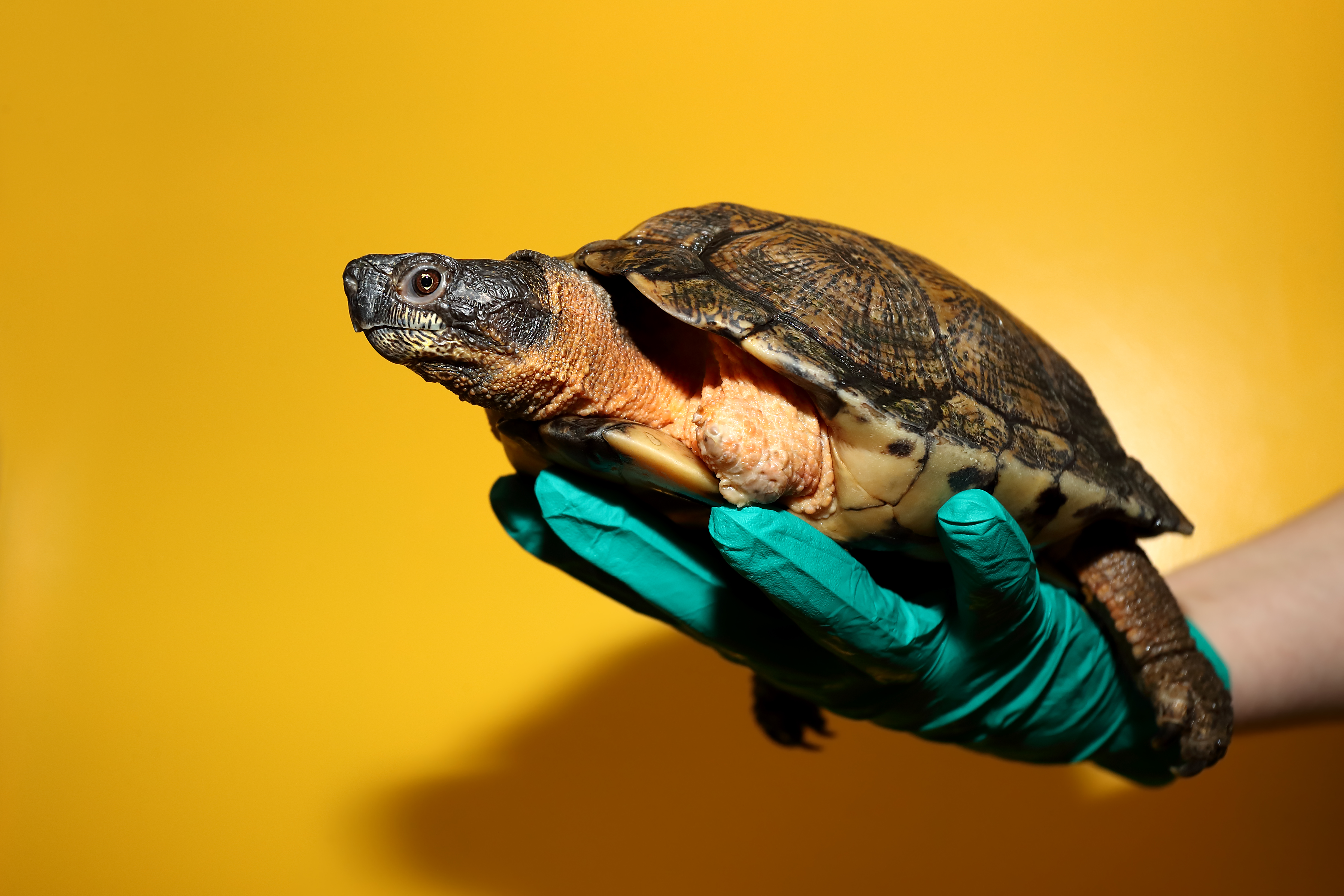 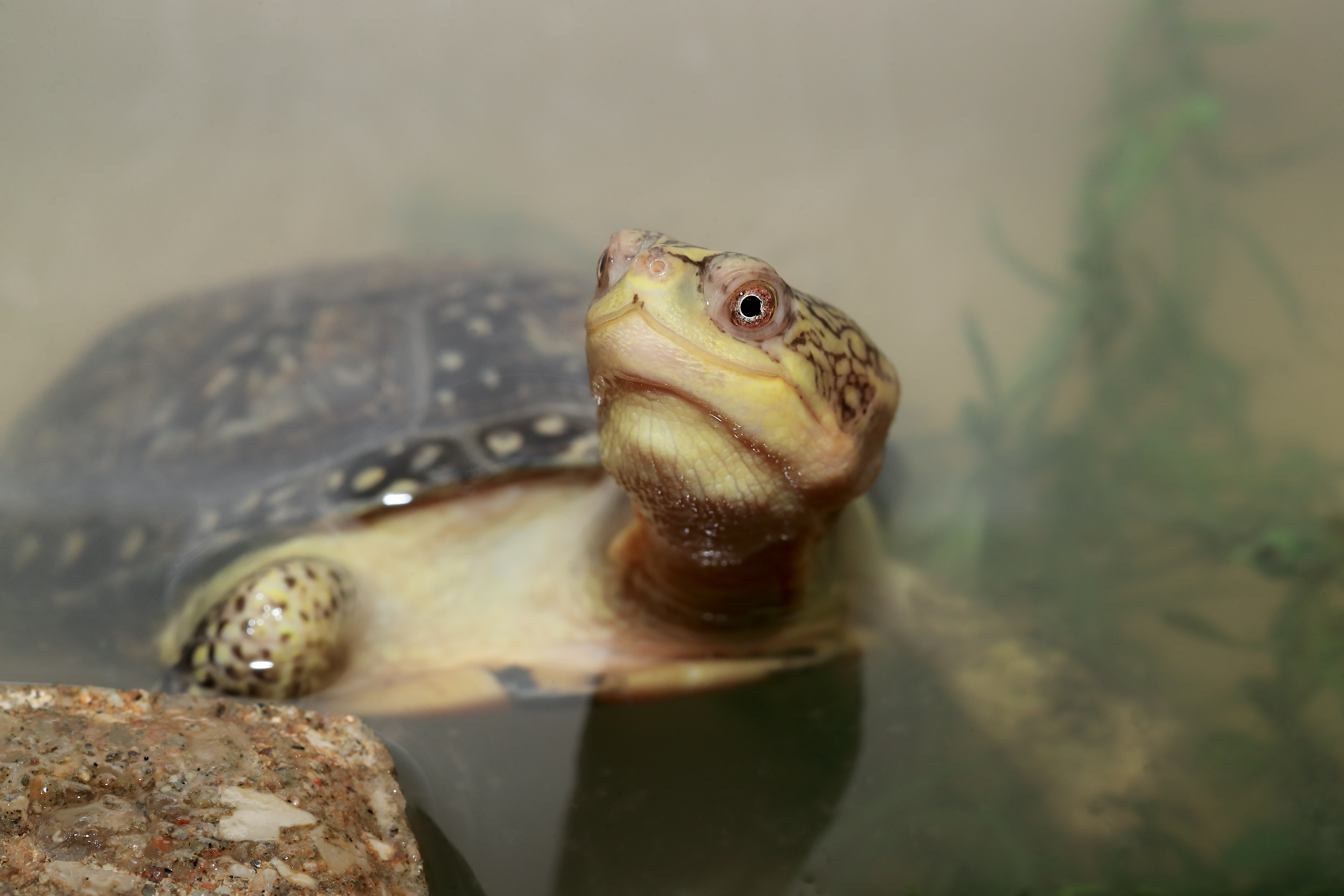