How changing sea ice is also changing lives in the North

Inuit hunters in eastern Hudson Bay are working with scientists to document their observations of a changing arctic environment. Keen observers who travel widely on the bay year-round, they first noted unusual changes in the sea ice in the 1970s, when massive hydroelectric projects on northern Quebec rivers altered the flow of fresh water into James Bay. Since the 1990s, hunters have also been witnessing the effects of a changing climate and, well aware of the importance of what they have been seeing, are recording and sharing their observations. Megan Sheremata, a PhD student in the department of physical and environmental sciences at the University of Toronto Scarborough and recipient of the 2017 Polar Knowledge Canada Scholarship, is helping to document that knowledge.

Sheremata’s research is part of a broad collaboration that includes hunters, social scientists, natural scientists and the Arctic Eider Society, which works with Indigenous communities on Hudson Bay on sea ice research and education. The project updates environmental information gathered by Inuit researcher Lucassie Arragutainaq and others in the 1990s. “Our goal,” says Sheremata, “is to understand Inuit knowledge of the cumulative impacts of environmental change — both hydro and climate change — on the sea ice and water, and their effects on wildlife and on Inuit land use, lives and livelihoods.”

So far, Sheremata has interviewed nearly 40 experts from the Arctic Quebec communities of Kuujjuarapik, Umiujaq and Inukjuak, as well as from Sanikiluaq on the Belcher Islands, part of Nunavut. 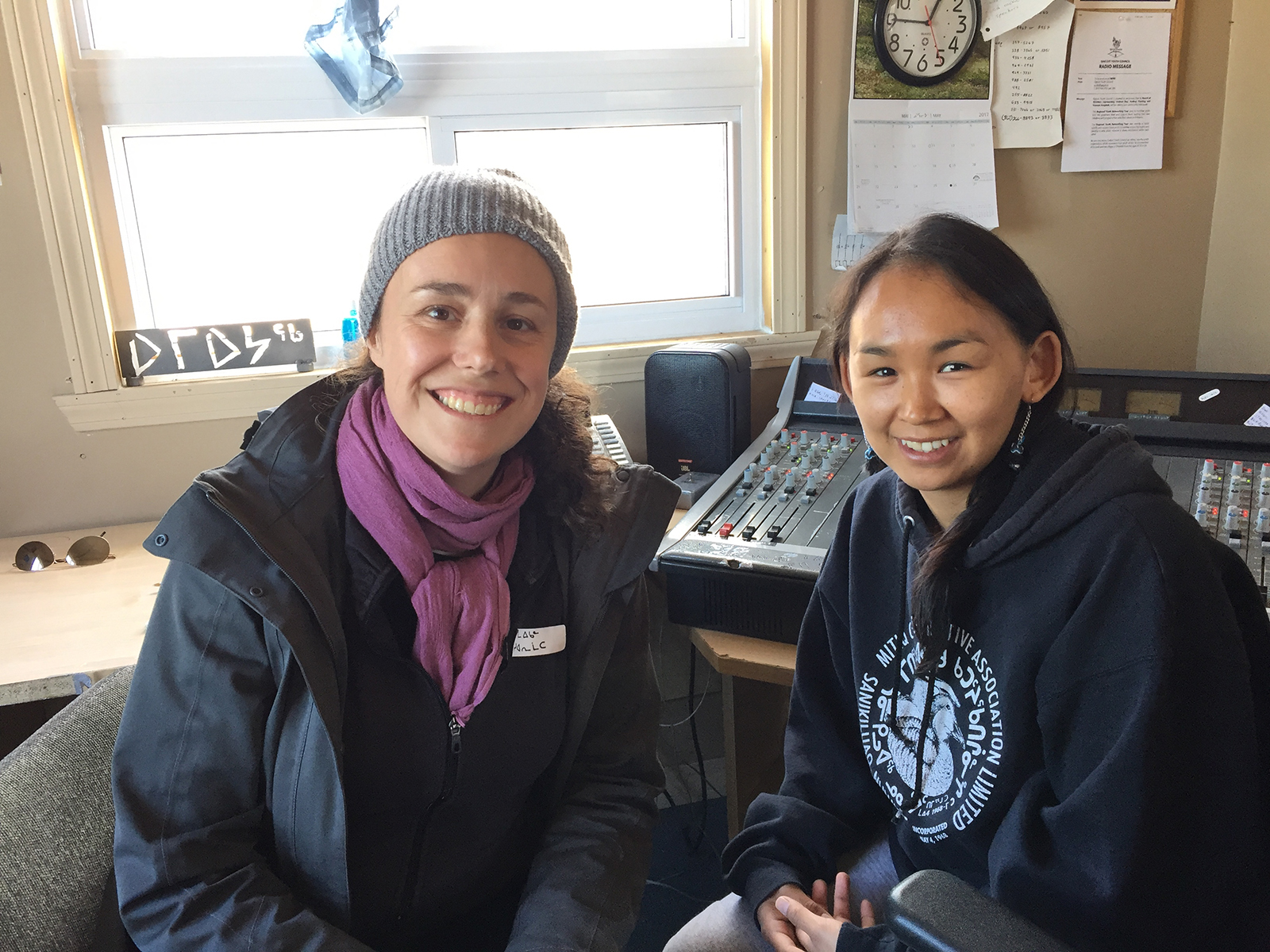 Before the hydroelectric projects, the greatest flow of fresh water into James Bay (and then north into Hudson Bay) occurred during the spring melt. Once the dams began operating, the maximum flow moved to mid-winter, when demand for electricity in Southern Canada and the northeastern United States is highest, and more water is directed through the generating stations. At that time of year, many Inuit are out on frozen Hudson Bay, travelling and hunting — and paying close attention to the sea ice.

“In the more southern areas of the region,” says Sheremata, “hunters immediately noticed the ice was more brittle (saltwater ice is more flexible than freshwater ice) and some described seeing it literally break behind their snowmobiles. Seals, which normally float when killed in seawater and can be retrieved, were less buoyant in water with reduced salinity, and began sinking out of reach.”

Our goal is to understand Inuit knowledge of the cumulative impacts of environmental change on the sea ice and water, and its effects on wildlife and on Inuit land use, lives and livelihoods.

Since the 1990s, hunters have been seeing thinner ice and reduced sea ice area, as well as other manifestations of a changing climate: cooler summers and warmer winters, and higher and less predictable winds. “People say that 15 or 20 years ago, winds of 150 kilometres per hour or more would only occur in the fall,” says Sheremata. “Now you can have windstorms at any time of year. That’s a concern for hunters travelling by snowmobile or boat and also for communities, where high winds can damage buildings and services such as electricity and water supply.”

The hunters’ knowledge complements the physical sciences used to monitor salinity and sea ice in eastern Hudson Bay. “We want to know what the changes the hunters are reporting mean in terms of our scientific knowledge of environmental change,” says Sheremata. “Their observations provide a good meeting point, so that together we can understand what these changes mean for the land, sea and wildlife that Inuit depend on.”