Hearts in the Ice: Climate change in our polar regions | Canadian Geographic

Hearts in the Ice: Climate change in our polar regions

A warmer, wetter, and wilder climate is unbalancing the Arctic ecosystem
By Tanya Kirnishni
November 1, 2019

Longyearbyen, the northernmost permanent settlement in the world, is located on the Arctic archipelago of Svalbard and sits in a river valley bracketed on both sides by steep mountains. A series of tall snow fences cuts across the slope of the mountains to the east of town, just above a row of colourful houses. These fences weren’t there before 2018.

“I came to Svalbard many years ago, and I’ve seen some really big changes here, especially in the last 10 years,” says Hilde Fålun Strøm. “When I first came, it was an Arctic desert, but that has changed with rising temperatures. We get more rain and snow now in the winter. In 2015, we got more snow than I’ve ever seen on Svalbard. We had a big avalanche that took out 12 houses, crushed them to pieces. These were my neighbours, and 17 people were buried inside. Two people died, among them a two-year-old girl.”

This was a turning point for Strøm, who felt that she had to do something to push forward the conversation about climate change, which led her and Sunniva Sorby to come up with the Hearts in the Ice (HITI) project. Over the course of the nine months that they will spend overwintering in Svalbard, Strøm and Sorby will be gathering data for various scientific organizations on factors like sea ice thickness and surface air temperatures. 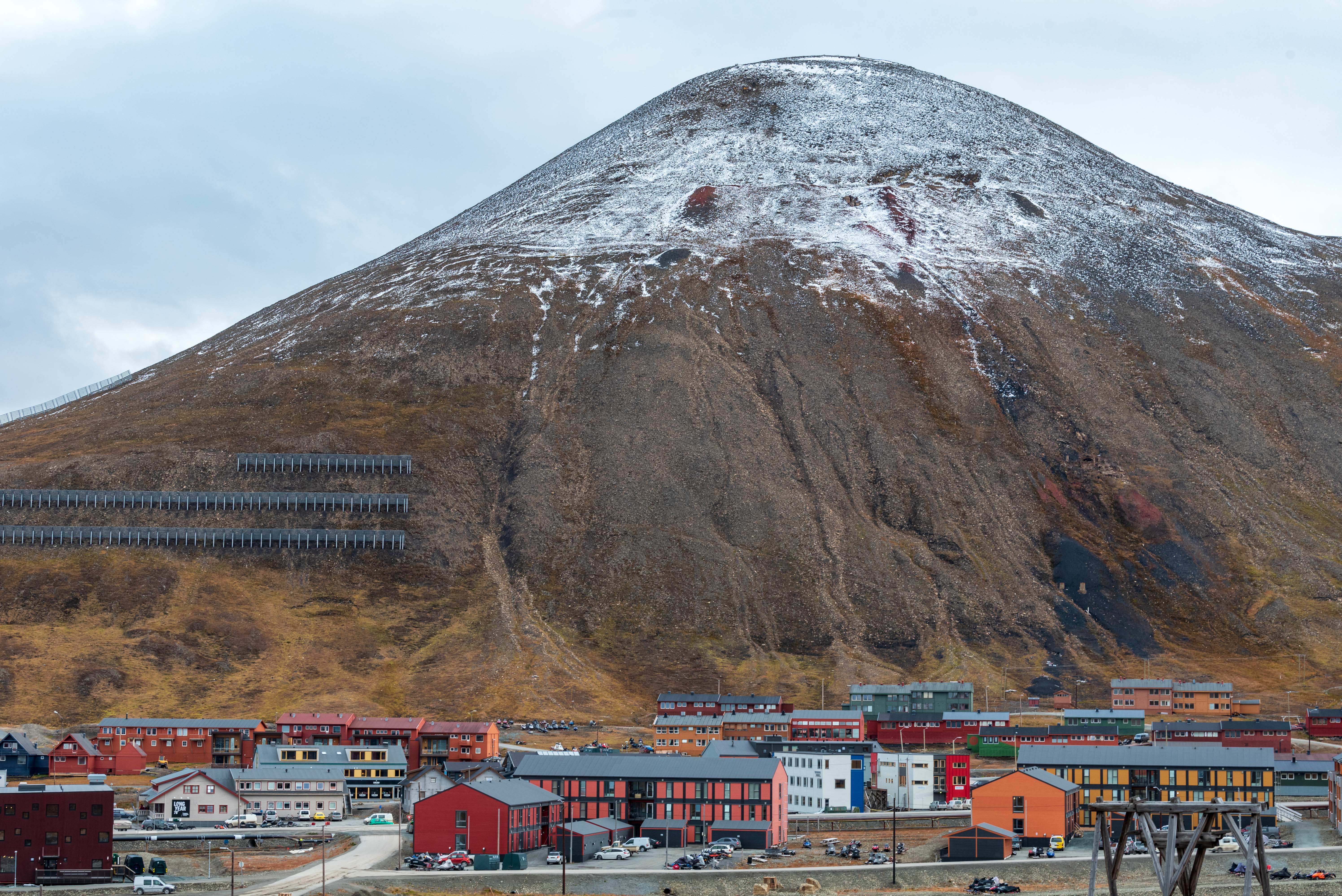 The snow fences on Sukkertoppen (sugar top) mountain were installed in 2018 to help protect the town from avalanches. (Photo: Tanya Kirnishni/Can Geo)

With more carbon dioxide in the atmosphere, the global air temperature is rising, and the Arctic is warming twice as fast as the rest of the planet. That means that places like Svalbard, where wintertime temperatures have warmed more than seven degrees in the last three decades, are experiencing rapid change.

Receding glaciers are the unfortunate poster child of climate change around the world, and nowhere is this phenomenon more on display than in Svalbard, where 60 per cent of the land is covered by glaciers. To withstand evaporation and iceberg calving, glaciers depend on snow accumulation in their upper regions, but rising air temperatures drive the snow line higher, reducing the mass of the glacier. Fresh water from melting glaciers makes its way into the ocean and the newly exposed dark earth absorbs more sunlight, creating a feedback loop that worsens the effects of climate change. 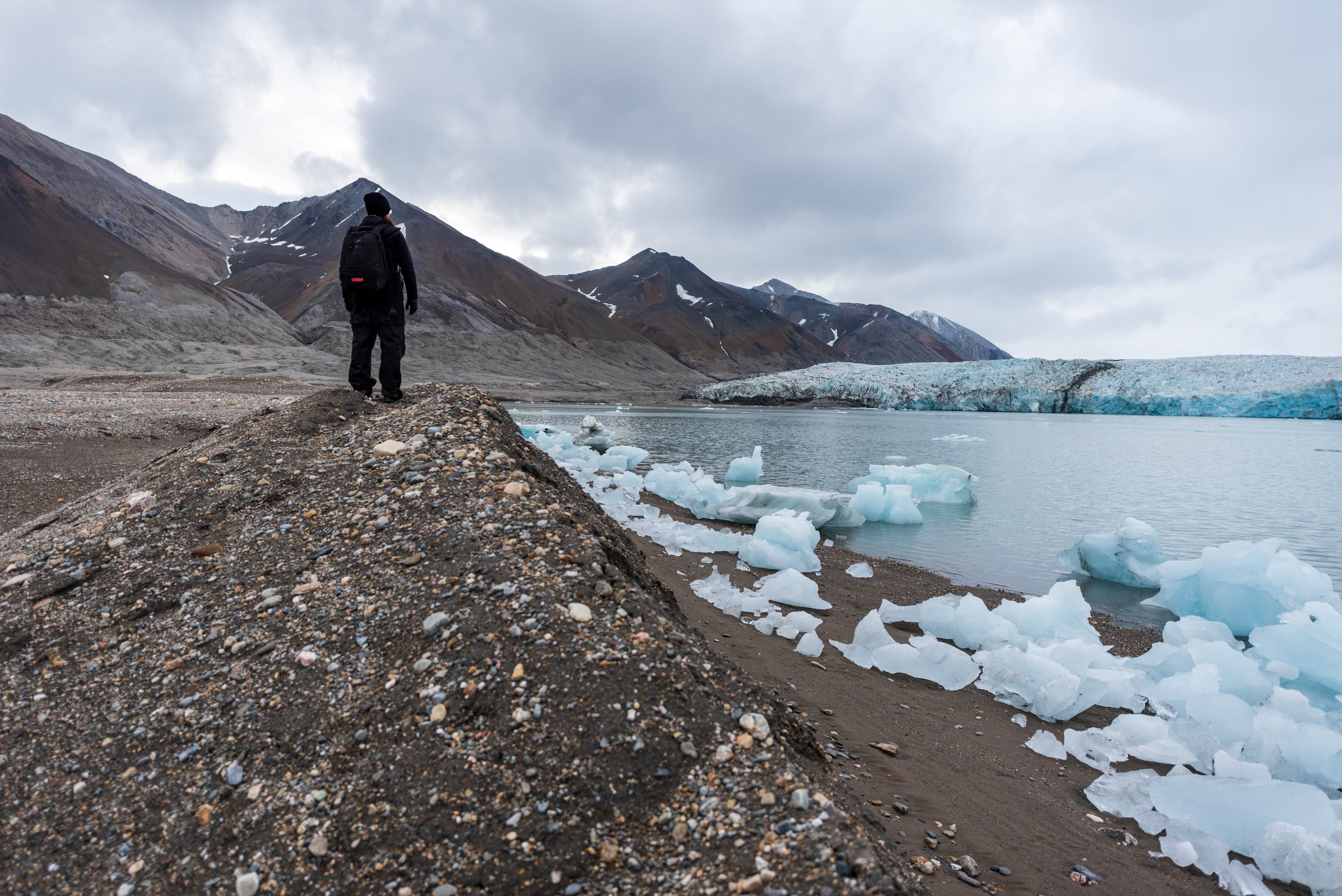 The grey strip of rock along the mountains on the left shows the onetime extent of the Recherchebreen Glacier. (Photo: Tanya Kirnishni/Can Geo)

“Change is nothing new. The climate has always changed and will always change, but we have to be very careful about identifying what is human and what is not,” says Kim Holmén, international director of the Norwegian Polar Institute and one of the scientists working alongside the HITI team.

Holmén emphasizes that the changes in the last few decades can’t be explained without taking into account human impact. As the world’s oceans are becoming warmer, ocean currents are bringing those warm waters north, which is why the fiords in Svalbard are seeing severe reductions in sea ice. The presence of warmer waters in the Arctic is referred to as “Atlantification,” and this shift in water stratification is melting sea ice from the bottom.

Along with warmer waters, researchers have encountered certain marine species further north than ever before, such as helmet jelly fish. These changes affect species further up the food chain, like Svalbard’s bird colonies, which feed on fish in the fiords. The entire Arctic ecosystem is changing, both on land and in the water.

“We are decreasing the predictability of the system,” says Holmén. 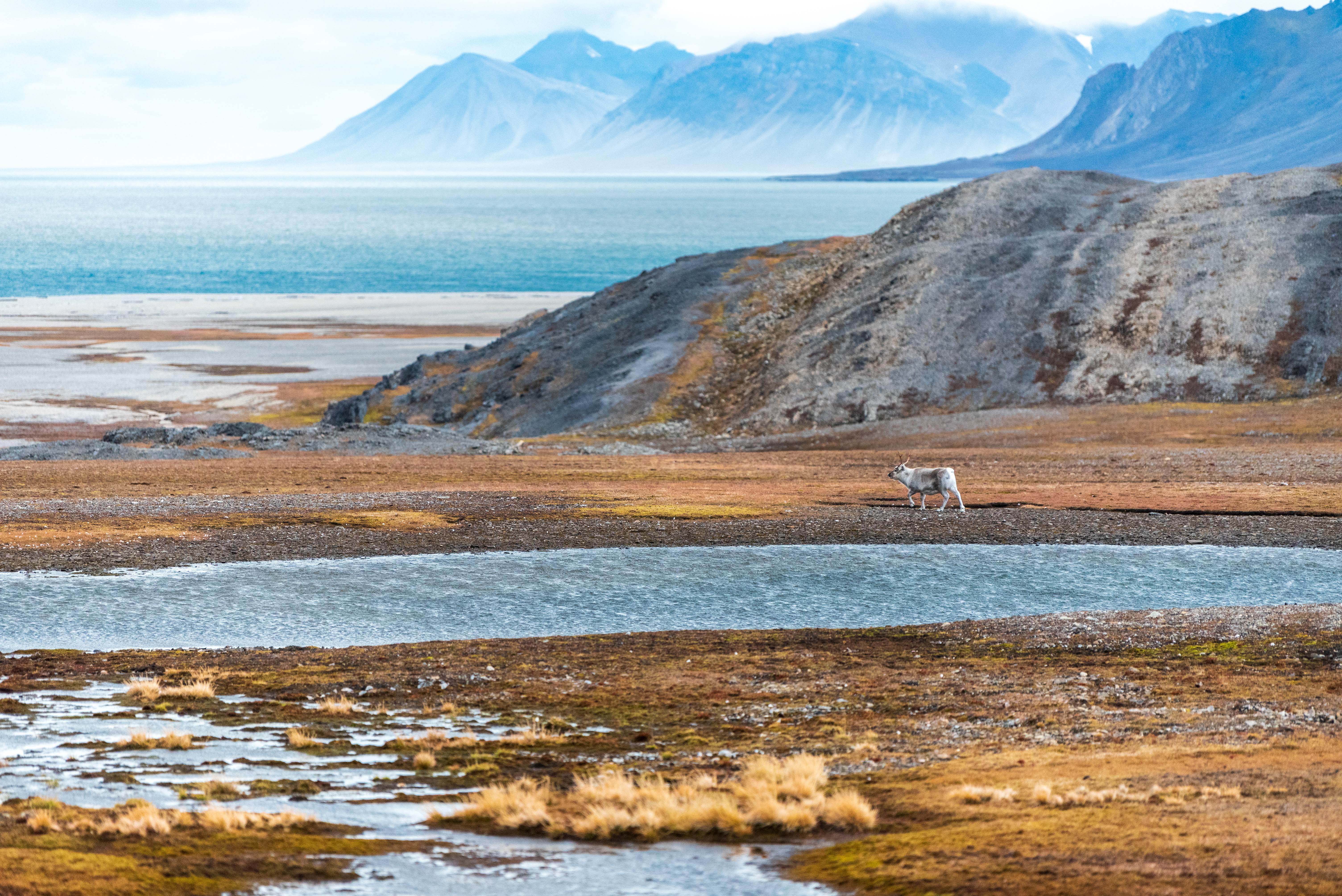 Reindeer, which are common to Svalbard, are adapted to digging through snow but have trouble grazing when that snow is covered by an ice crust. This reindeer was spotted close to the Bamsebu cabin where Strøm and Sorby are staying. (Photo: Tanya Kirnishni/Can Geo)

Humans are not exempt from the effects of climate change, as underscored by Longyearbyen’s tragic 2015 avalanche. Exposed water in the wintertime has cut off snowmobile routes around Longyearbyen. Thawing permafrost is also top of mind for the town’s inhabitants. Longyearbyen made global headlines in 2017 when the Global Seed Vault, located in the town, experienced flooding as a result of permafrost thaw. Almost all of the buildings in Longyearbyen are built on elevated support structures to stop heat from seeping into the frozen ground. 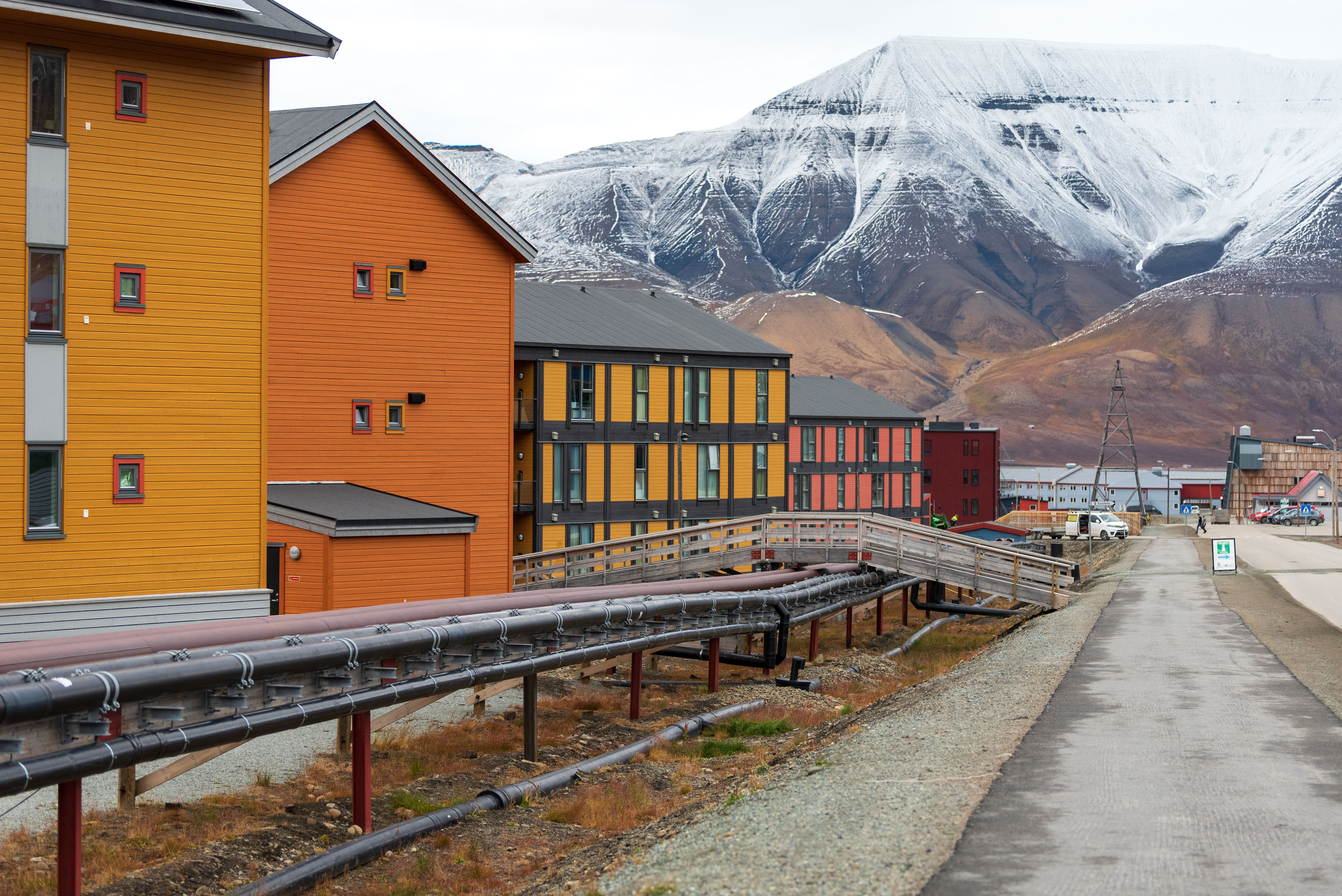 All infrastructure in Longyearbyean is above ground, including pipes, to prevent thawing of the permafrost.
(Photo: Tanya Kirnishni/Can Geo)

How do we deal with the increasing unpredictability of weather systems and an unstable environment in the face of climate change? Adaptation strategies, such as Longyearbyen’s snow fence installed to reduce the risk of avalanches, will play a big part in how we address climate disruption. Longyearbyen is also shifting away from its coal mining industry, which founded the town, and is looking to become carbon-neutral by building a new hydrogen power plant and using wind and solar energy to meet the remainder of its energy demand.

Holmén is often asked whether he is an optimist or a pessimist when it comes to our climate change future, and his answer is both inspiring and sobering: “I am an optimist because there is no alternative.”

Follow the Hearts in the Ice project and learn more about how to join in the monthly live Google Hangouts with the HITI team by subscribing to the Can Geo Education newsletter, or by following us on Twitter and Facebook. You can replay the live chat about climate change here. There is another Climate Change Google Hangout happening on November 12th 2019, learn more here.