The 2020 Canadian City Parks Report looks at challenges and opportunties for Canada's parks under a COVID-19 lens
By Angelica Haggert
July 22, 2020

More than 50 cities in Canada closed parks or park amenities when COVID-19 hit, as a way to cut down on surface transfers and to discourage groups from congregating.

The bright side is that as municipalities in Ontario move into Stage 3 of the province’s framework for reopening, there’s an increase in recognition from municipal leadership of the value of parks to public health — and to peoples’ own crisis resiliency.

The national 2020 Canadian City Parks Survey was conducted before March 2020 and explored themes of nature, growth, collaboration, activation and inclusion. When the COVID-19 pandemic hit, the report’s authors recognized that the crisis should be addressed separately, so they released an appendix survey to ensure impacts related to the pandemic were captured.

“Our cities’ green spaces have never been more important as communities grapple with the realities of a global pandemic,” says Tamara Rebanks, chair of the W. Garfield Weston Foundation, in the final report’s foreword.

“Now more than ever, we need our parks to be healthy and thriving to meet the needs of all communities.”

The pre-COVID portion of the report looked at parks and park systems in almost 30 Canadian cities and identified three challenges: keeping pace with development, aging infrastructure and insufficient operating budgets. Here are some highlights.

The survey shows that 70 per cent of cities are reporting increasing demand for more naturalized spaces and projects, plus a growing demand for green infrastructure such as rain gardens (essentially stormwater retention solutions). Urban biodiversity has also become even more important to the masses, and nature is something even prescribed by some doctors as a course of treatment.

In the report, Don Carruthers Den Hoed, researcher at Calgary’s Mount Royal University and manager of the Canadian Parks Collective for Innovation and Leadership, argues that the importance of parks to people’s well-being can be a “doorway” to get more people involved in conversations about parks and biodiversity — but few are planning parks with this in mind.

“It’s one of the really important values people come to nature for, and yet it’s just kind of shuffled to the side of the table,” he says. 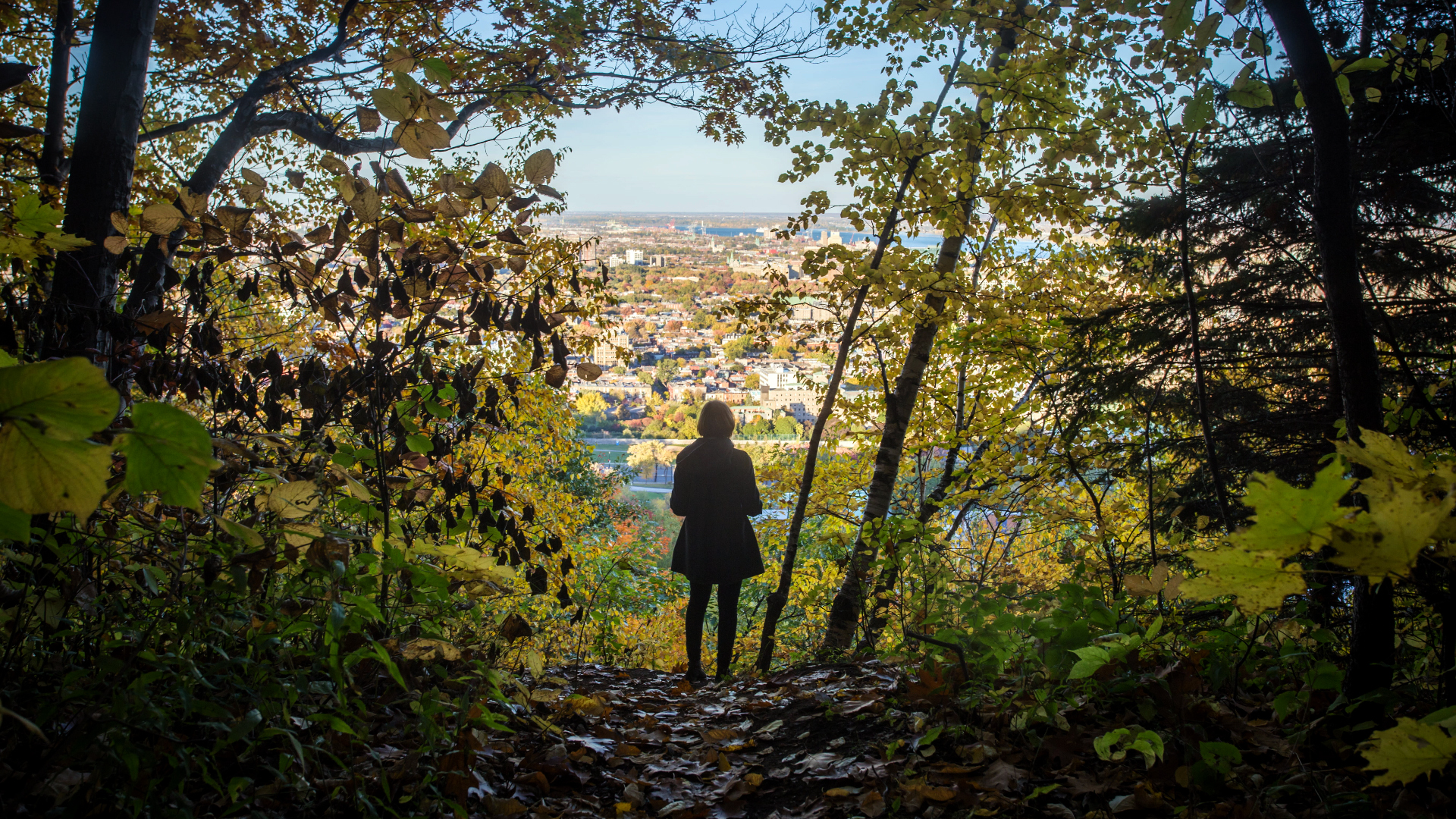 Only 63 per cent of the cities surveyed say they have park system plans in place to address aging infrastructure and insufficient budgets. COVID-19 has pushed the need for such strategies to the forefront, accelerating initiatives to convert typically car-centric spaces to outdoor public gathering spaces.

With space at a premium, some cities have taken the opportunity to get creative when planning for new parks.

“Part of not having a lot of land around to turn into parks means you become more inventive, right?” says Ann-Marie Nasr, Toronto’s parks development director, noting the likes of rooftop recreation facilities, parks over rail lines and even parks in hydro corridors. 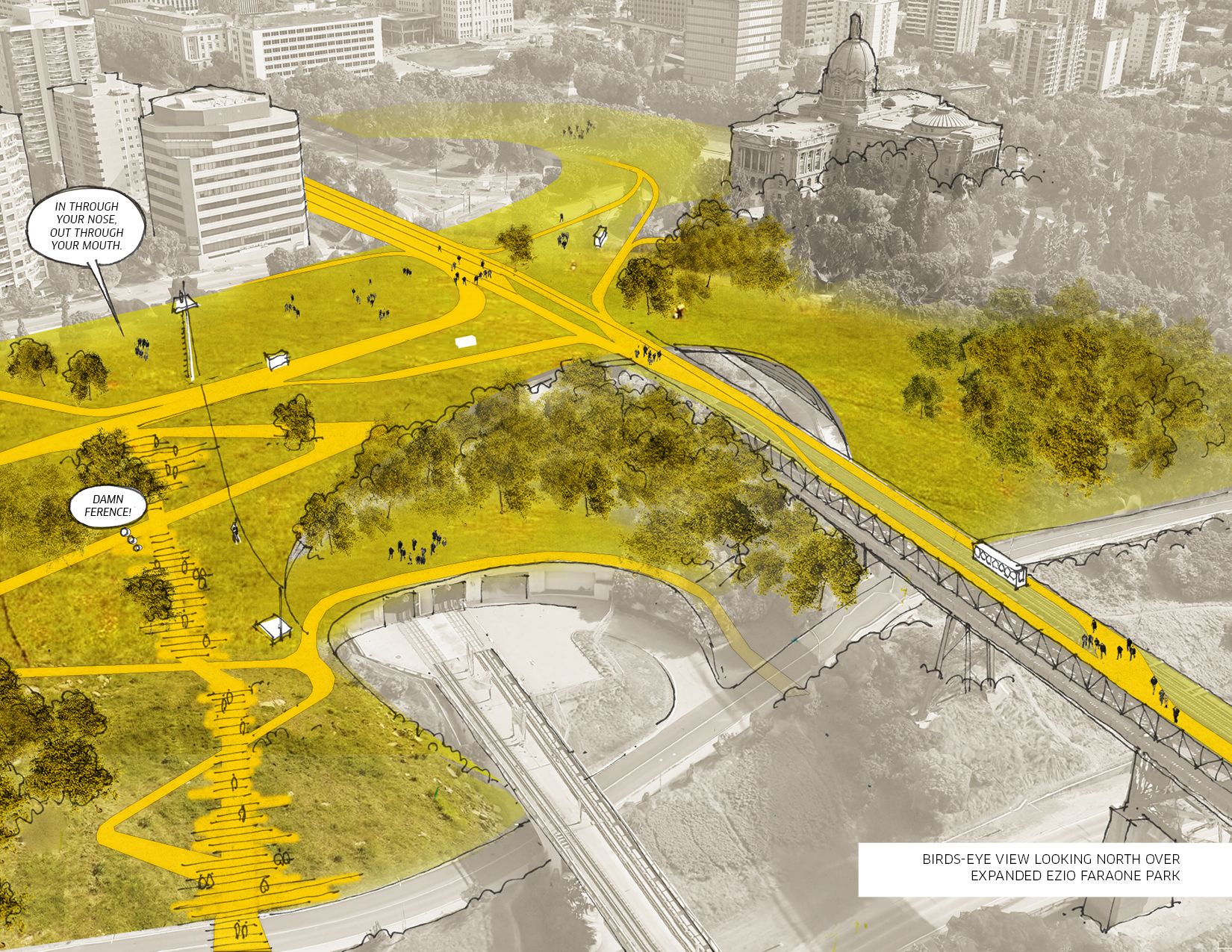 The call to think in multiple dimensions is one some cities are ready to answer. The concept of layering parks on top of existing infrastructure is showing up across the country, from Vancouver to Edmonton (above), with spots in Langley, B.C., Montreal and Toronto showing its success.

According to the report, more than half of Canadian cities offer some kind of community service program, such as adopt-a-park, for individuals to get involved directly with parks. The majority of cities also have either a community grant program or a non-profit park partnership program in place — or both.

A common example found across the country: community gardens.

“Communing with the Earth and growing food have special meanings across most cultures,” says Toronto-based author and parks project manager Jay Pitter. “So why not leverage the design and programming of community gardens to build cross-cultural understanding and appreciation?”

Hamilton, Ont., Kingston, Ont., Halifax and Vancouver have done just that — a key strategy identified in the report — all having popped community meetings right into the park themselves.

More than 80 per cent of cities surveyed in the report say they need more space for off-leash dog areas — but only a third of those cities actually have designated those spaces. Sharing space — open, community-based park land — with segmented spaces such as dog parks or community gardens can be a challenge.

In Ottawa, the city uses a point system to designate off-leash areas. The city allows dogs off-leash in 175 parks and in 62 other parks only in certain areas or at certain times, with nine of these areas fenced-in. While primarily for dog owners, these spaces also offer a sense of community or family — all the users tend to have at least one fluffy type of friend in common. 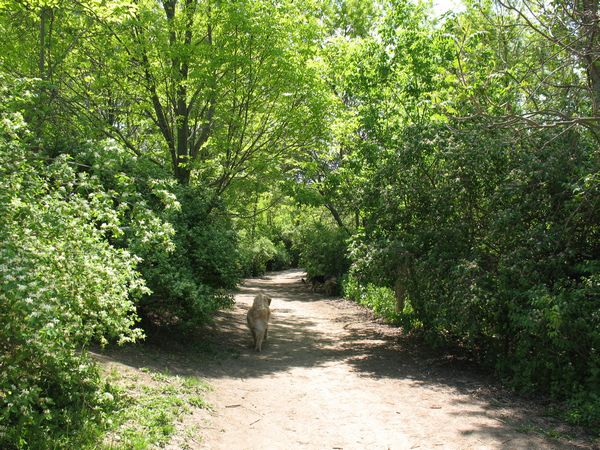 To solve resource and labour problems, some cities have turned to community-managed off-leash spaces and community gardens. Edmonton, Calgary, Montreal and Mississauga, Ont., all have their own unique approaches to these problems.

At their core, parks are intended to be for everyone. But that’s not always the case, due to physical factors such as accessibility or socioeconomic factors based on race, class or housing status. More than 80 per cent of the cities surveyed across Canada say accessible park spaces are in demand — but less than 50 per cent of those cities have park accessibility guidelines in place.

When it comes to people experiencing homelessness, parks can be places of relative safety. Being surrounded by community lends a sense of security, and can play a life-saving role amidst a national overdose crisis where encampments can serve as de facto overdose prevention sites, says lawyer Anna Cooper from Vancouver. It also makes it easier for outreach workers to stay in contact with people they’ve connected with when they know where to find them.

Vancouver’s Oppenheimer Park, home to a famous park-based encampment of homeless people until just recently, adopted an approach to come to a solution, rather than just clear the park of its 300 residents.

When advised by staff to seek an injunction to clear the park in fall 2019, the park board “wasn’t comfortable with taking that as an isolated action,” says Camil Dumont, chair of the board.

“We sort of interpreted that as an act of displacement in a neighbourhood, and within a community of people, who have pretty significant challenges just from a survival perspective,” he says. “The act of physically removing them or criminalizing them ... I think only would have led to those folks being further isolated.” 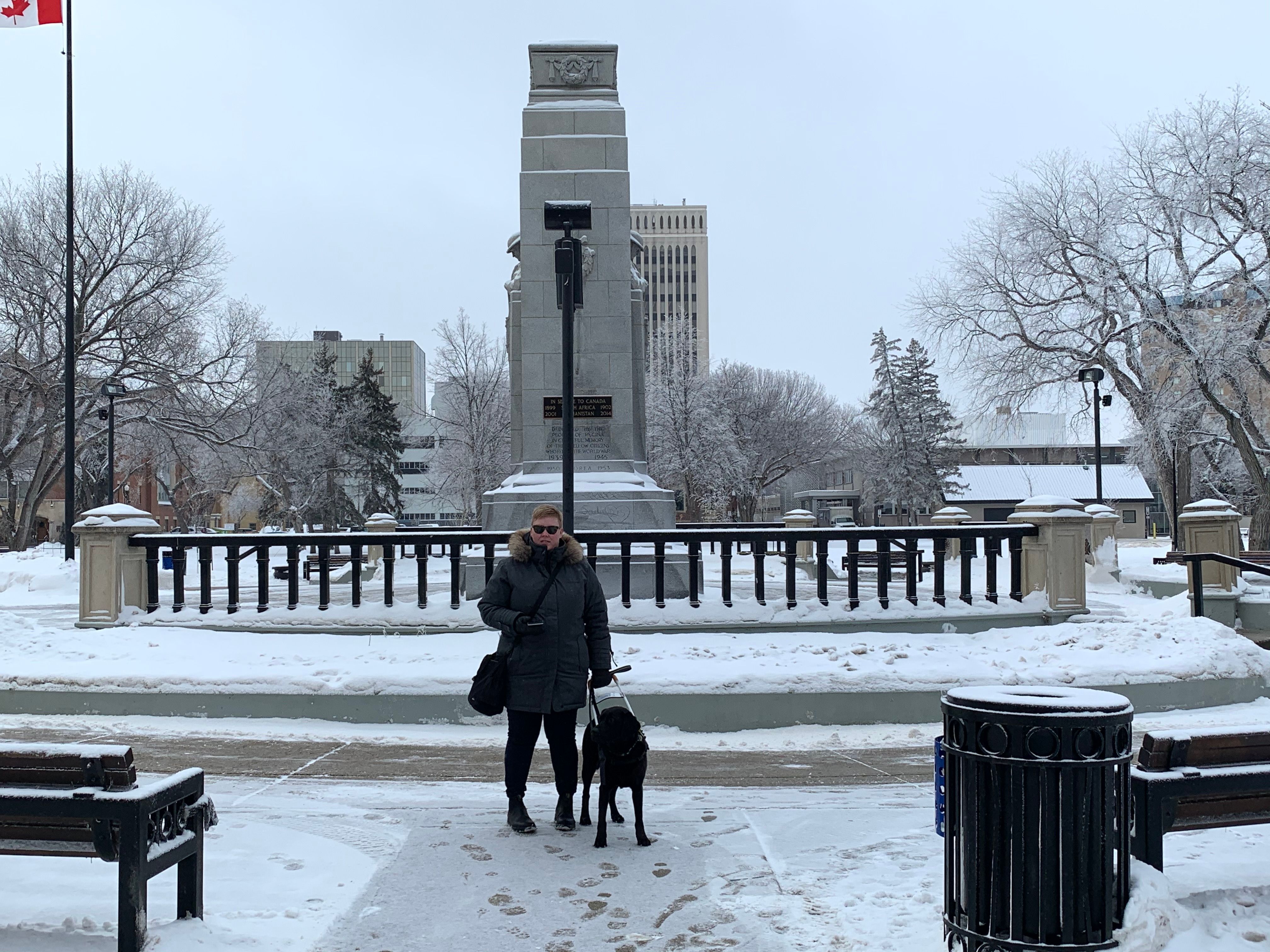 The report recognizes the importance of moving from ideas of displacement to ideas of inclusion.

Inclusion also extends to physical disabilities. Some places, such as two parks in Regina, have made great strides in accommodating and welcoming the differently-abled. There, the Canadian National Institute for the Blind is using an app called Blindsquare to make the parks accessible to those with vision loss. The app helps users navigate the park by audible clues to make them safer.

Evaluating the country’s parks during the COVID-19 pandemic made things tricky for the 2020 survey, but as the report notes — there’s more work to be done.

“Park People is committed to doing that work … to make sense of the impacts of COVID-19 on park systems across the country and how we can move forward together,” says the report in closing. “Both in the near term as part of recovery and in the longer term.