Going to Klondyke: The 19th-century game that brought the gold rush into American homes

Published in the New York Journal as a fanciful full-page map, Going to Klondyke encouraged everyday newspaper readers to try their luck at gold prospecting in the Yukon
By Mark Stachiew
August 19, 2021

In between stories about reading a chimpanzee’s palm, scientific proof of how Sodom and Gomorrah were really destroyed and promos for the serialization of H.G. Wells’s The War of the Worlds, readers of the Dec. 12, 1897 issue of the New York Journal would have found a game about gold prospecting in the Yukon.

Published during the height of the Klondike gold rush, Going to Klondyke was printed in the Sunday paper as a fanciful full-page map illustrating the gold fields of Yukon and Alaska. Much like the real-life hunt for gold, winning the game is pure luck — and a quick examination of the rules reveals that it resembles the classic children’s birthday party game, Pin the Tail on the Donkey.

After affixing the page to the wall, players are blindfolded, spun around and tasked with placing a pin on the map, hoping it lands on one of the region’s gold fields. Each field has a different value, and players take turns placing pins until one of them collects an agreed-upon amount to win the game. But beware: if you land on the British Northwest Territory, you have to pay a 20 per cent tax to the Canadian government, and if you land in Siberia, you lose everything as “the government is supposed to appropriate all mineral wealth to its use.” Worse yet, if you land on dangerous spots like the Chilkoot Pass or stretches of the Yukon River, you’re out of the game because you never made it to Dawson, the heart of the gold rush.

Closer scrutiny of the map, created by May Bloom for The Klondyke Game Company, reveals that it not only illustrates the region’s geography; it features numerous whimsical drawings, including Inuit hunting seals, dog sleds, prospectors panning for gold and a plethora of animals — even some lost penguins.

Elsewhere in that day’s paper, readers would have found other stories about the gold rush to further stoke their dreams of heading north to seek their fortunes. In one story, a Pennsylvania man spoke about his plans to bring a boat to the region to provision prospectors, while another told of a California man who claimed he was going to hit it big: “The man or men who strike on just but a spur of that mother lode — and it certainly exists — will be possessed of wealth which the millions of the Klondyke will pale,” he said.

While Going to the Klondyke may be lost to time, knowing that you can play a game like Klondike: The Lost Expedition on your smartphone today shows that the allure of gold and our dreams of quick riches will never go out of style. 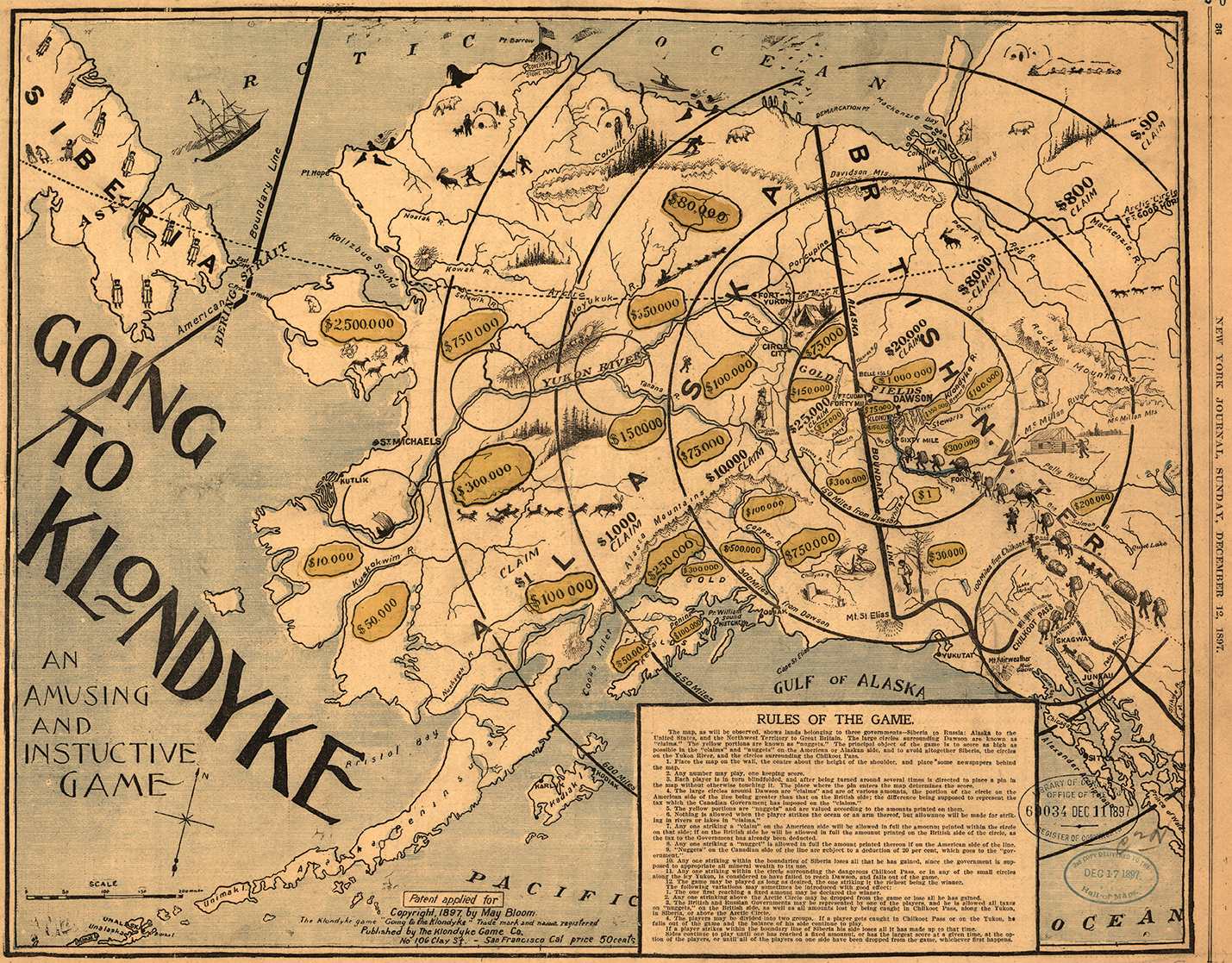