Giants of the Broughtons | Canadian Geographic

Giants of the Broughtons

Whales are beginning to return to B.C. waters — but will they find a safe haven?
By Jake MacDonald
March 17, 2020

Canada was once an active whaling nation. Between 1905 and 1967, British Columbia whaling crews slaughtered 24,000 whales, including humpback, grey and blue whales. Canada has never actually banned whale hunting, but the last whaling station on Vancouver Island ceased operating in 1967, largely for economic reasons — cheaper sources of oil were being developed, and the whale population was so thinned out that it was no longer cost-effective to hunt them.

Jackie Hildering, a whale specialist based in Port McNeill, Vancouver Island, says the whales are now returning to British Columbia waters. Hildering was raised in B.C. but moved to Europe as an adult educator and spent 14 years in the Netherlands, administering international schools and writing curriculum for the International Baccalaureate program. It was a significant career, but she says her life took “an acute turn” when she returned to Canada and went on a whale-watching trip off Vancouver Island. Encountering those mysterious giants was her Road to Damascus moment. “That’s when I realized that I wanted to spend my life learning about these animals and, hopefully, creating positive change in our relationship to the ocean.”

She returned to Canada in 1998 and launched a program of research and education that eventually became the respected Marine Education and Research Society based in Port McNeill. Her return to the West Coast coincided with the slow recovery of the whales. “We stopped killing whales in the 1960s because they were pretty much wiped out,” she says. “By the early 2000s they were starting to come back. In 2003, our area was home to seven humpback whales. This year we had 89.”

The whales of the Broughtons migrate to Hawaii every winter to calve but return in the spring, each one recognizable by their distinctive fins and tail markings. Many of the whales show evidence of injury from ship strikes and entanglement with fishing gear. “About half of the whales are scarred,” says Hildering. “We have no idea how many are mortally injured, because they sink to the bottom when they die. The recovery of the whales is a good news story. But people need to understand that these tremendous animals are still suffering from some serious problems that we need to fix.”

Hildering is one of a select crew of people in the area trained in freeing entangled whales. It’s impossible to travel more than a few kilometres by boat in the Broughtons without spotting a whale, and the Marine Education and Research Society operates a public education program with posters and signs urging boaters to keep a constant lookout, exercise caution (“See a Blow, Go Slow”) and make note of the emergency line for reporting entangled whales. Boaters who try to free whales from fishing gear invariably make things worse by cutting away the visible part of the ropes. Instead, they are asked to call the emergency line and keep track of the whale until Hildering or rescuers like her can rush to the scene with crash helmets, cutting equipment, underwater cameras and electronic tracking tags. Working with a frightened animal the size of a locomotive is dangerous, and the whales don’t necessarily appreciate the help. “You often hear this nonsense that the whales are grateful. They’re not grateful — they’re angry. People have been killed doing this work.”

On the West Coast, the whale-watching business has turned out to be far more economically valuable than the whale slaughter. As jobs continue to disappear in the logging and fishing industries, new and more sustainable opportunities are opening up in ecotourism. Every day, from spring to fall, whale-watching boats head out from communities like Telegraph Cove, Port McNeill and Port Hardy in search of humpbacks, dolphins and killer whales. At the Robson Bight Ecological Reserve, 20 kilometres south of Telegraph Cove, killer whales gather every summer to scrub themselves on the barnacle-encrusted beaches. 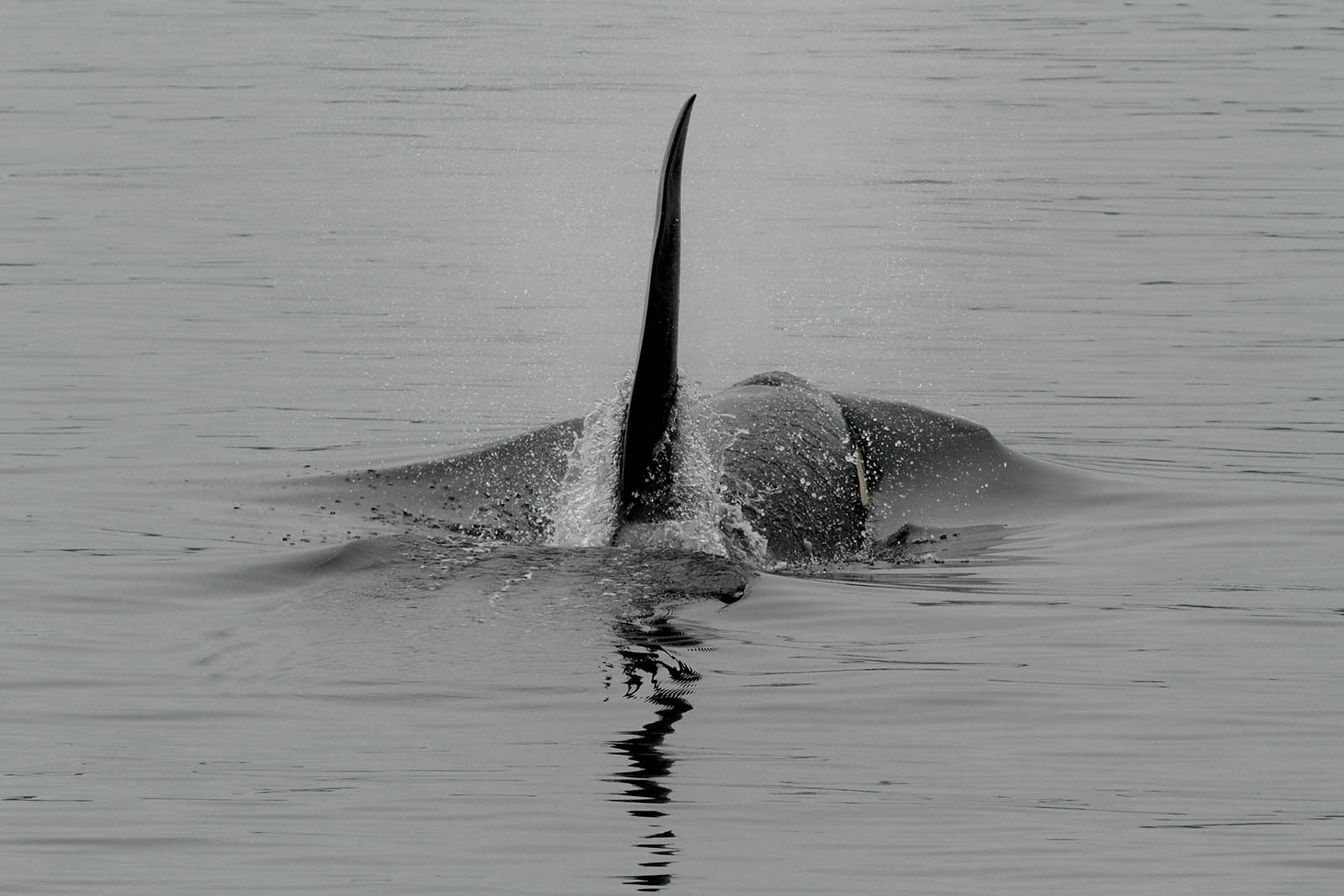 As a young man, Jim Borrowman made his living as a professional scuba diver, working on drilling platforms in the Gulf of Mexico. But his real love was marine ecology, and in the 1970s he moved to Telegraph Cove.

In those days, the Broughton Archipelago was bereft of whales. Local historian Billy Proctor remembers some of the last whales that inhabited the area. “There was a big whale with a barnacle on his back everybody called Barney. He was often accompanied by another whale that got named the Missus — they were Barney and the Missus.”

Proctor was just a boy at the time, and when he was out fishing in his rowboat, he would sometimes encounter another large humpback named Old Joe. He says Joe would gulp down schools of herring and then, when the current picked up, would retire to a kelp bed for a nap. Proctor would scull up to the snoring whale and float there, looking down at the whale as it looked up at him. “I patted him a few times,” says Billy. “He didn’t mind. He probably thought I was a bird.”

Eventually, the whaling crews from the Coal Harbour station paid a visit. Proctor says he was out fishing at the mouth of Knight Inlet in his rowboat and “almost cried” when the whale boat Nahmint went chugging past, towing the bodies of Barney, the Missus and Joe. “That was the last of the humpbacks for many years.”

The whales started coming back around the turn of the millennium, and that inspired Jim Borrowman and his wife, Mary, to open a whale education centre.

Local impresario Gordie Graham donated a cavernous sawmill, a team of committed locals donated sweat equity, and the Telegraph Cove Whale Interpretive Centre opened in 2002. It now houses fascinating exhibits: skulls, whale teeth and the skeleton of a sea lion (which does evoke the physique of a lion); educational charts that tend to leave visitors momentarily stunned (the blue whale, the largest animal to have ever lived on Earth, has a heart the size of a Volkswagen and a tongue the size of an elephant); and enormous skeletons of whales, including an 18-metre fin whale that was impaled on the prow of a cruise ship and wasn’t discovered until the ship docked in Vancouver.

“It’s not always that you get a second chance in life,” says Jim Borrowman. “And hopefully, humans are capable of learning from their mistakes.”