Michel Emery is a tech wizard — although his official title is teacher librarian and technology specialist at F. H. Collins Secondary School in Whitehorse, Yukon. Emery is passionate about helping students explore and learn about the world through tools such as virtual reality (VR) and 360-degree photography. He has been teaching in the Arctic for the past 21 years and worked as a consultant for the department of education when they were modernizing their libraries and shifting toward learning commons. Emery also serves as an advisor for various organizations and leads professional development workshops. He is an Apple Distinguished Educator, a Google Certified Trainer, and in 2018 received the Prime Minister’s Award for Teaching Excellence.

On the changing roles of libraries

When I was in high school, libraries were places where students went to get books and to work quietly. With changes in curriculum and new technologies, libraries have become busy "Idea Labs" where creativity flourishes. I like students to learn to think outside the box and engage in activities like designing prototypes using 3D printing, creating films for local organizations, developing VR tours that benefit their community, using drones for aerial photography and surveying, programming circuits for data collection, and applying GIS tools for navigation. It’s about tying things to something that’s authentic, so that when you use that technology there’s a purpose to it. Knowing how to use these tools gives students a head start and prepares them for the careers of the future.

On the potential of VR

I work with classes and help integrate different resources with what they’re teaching. In one of the political science classes, they were learning about the senate and the teacher approached me to ask if I had any resources on the subject. I said, “Well, there’s a VR tour of the senate available.” Imagine looking at pictures of the senate in a book versus letting students into this new world of VR and giving them the impression that they’re there. They can learn about it as if they’re standing in that room.

I’m really passionate about how technology can push the boundaries of learning. I saw the potential of VR and how it could transform learning in our communities up north, where there’s low bandwidth and fewer travel opportunities. If we want to take a field trip, the logistics and costs make it practically impossible. VR levels the playing field and allows students, regardless of their location, to explore and be immersed in diverse environments around the globe. It is simple, high-tech, and low cost. To use VR, I got the Google Cardboard glasses and routers so I could bring students on expeditions without any lag issues. Put on the glasses and presto! You’re off to Machu Picchu, the International Space Station, Mount Everest, or inside a volcano.

On how smartphones can be a tool instead of a distraction

Most students have a smartphone, and they’re so used to being connected all the time it’s almost like an extension of themselves. Everyone has a different view on this. Some teachers will see the phone as a distraction and a problem. I think it’s important to lay the ground rules for what the expectations are in the classroom but also to make use of the devices as best as you can. Teachers need to look at different ways to integrate smartphones, whether it's to facilitate VR, to collect data, or take videos, because phones aren’t going away. 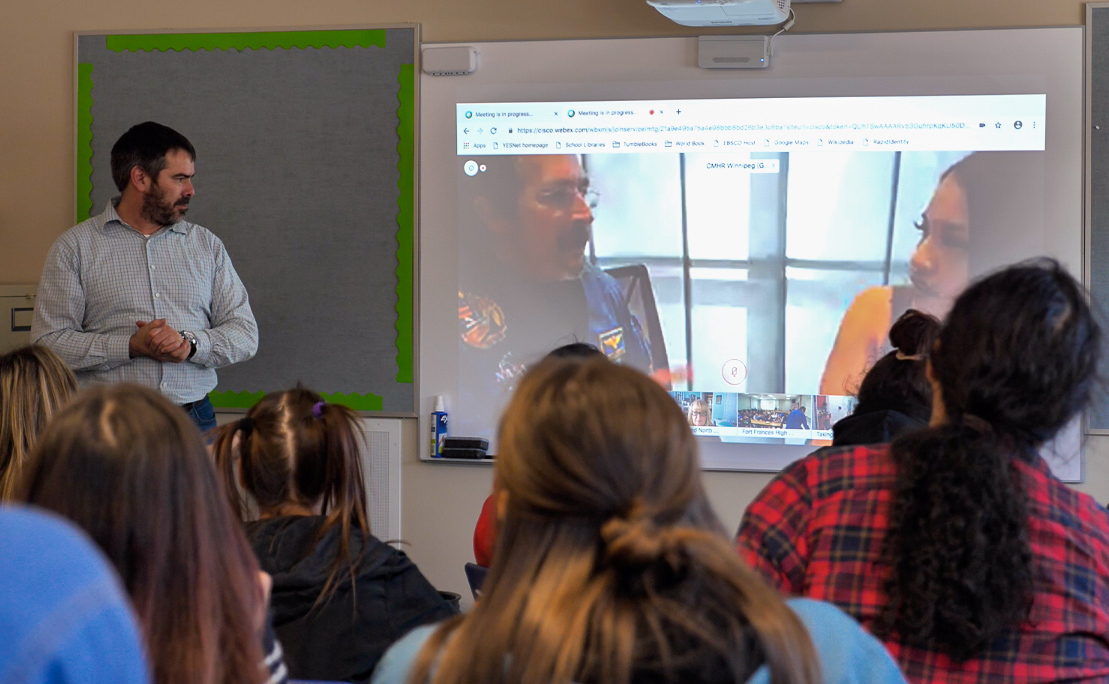 On bringing reconciliation into the classroom

It’s really important to recognize that the land we’re teaching on belongs to Indigenous peoples and model that to the students every day. There are First Nations elders in our community who say that when they went to school in the 70s and 80s, they didn’t feel like they belonged. When our brand-new school was built three years ago, there was nothing on the walls. I said, “Let’s change this.” I was able to reclaim large, old-growth fir beams from the site where the old school was demolished. In partnership with local Indigenous artists, students painted murals of various Yukon clans on the beams. It was seen by the Elders as taking a piece of the old education system and creating stunning artwork that celebrates local Indigenous culture for current and future generations.

I’ve since been fortunate to coordinate presentations with Indigenous role models such as knowledge keepers, film actors and directors, community leaders, authors, and even the first Indigenous astronaut who worked on the International Space Station. Showing students a variety of successful leaders in their community, planting that seed to inspire them, is really powerful. It shows students that the sky is not the limit and that they have the possibility to reach their dreams and aspirations. 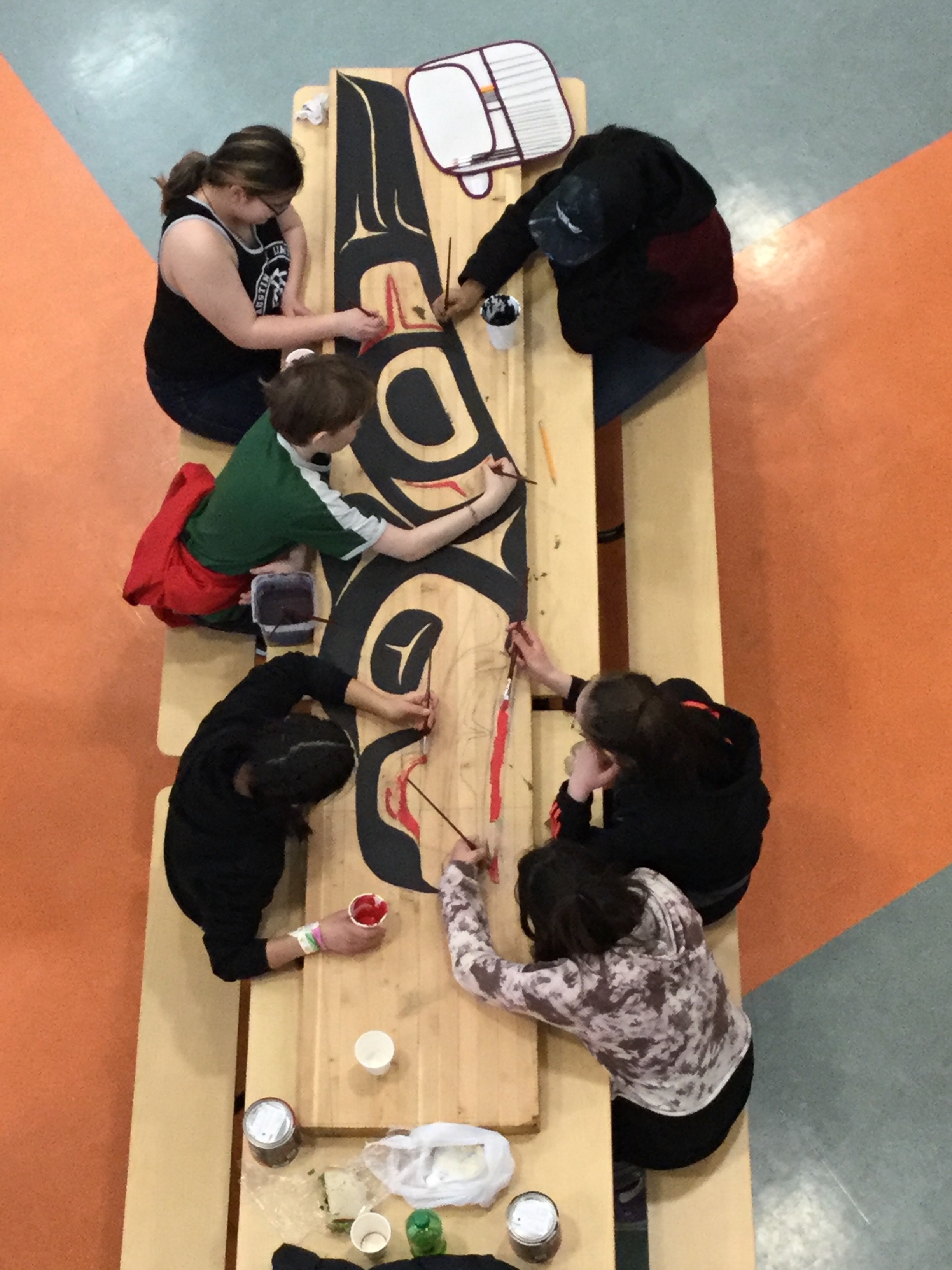 Students painting one of the wooden beams for their new school. (Photo: Michel Emery)