Charlottetown, P.E.I. teacher uses her city's storied past and experiential programs as a jumping-off point for lessons about civics and democracy
By Tanya Kirnishni
April 2, 2018

Charlottetown is considered the birthplace of Confederation and its historical significance isn’t lost on Helen Smith-MacPhail. A teacher for 17 years, she takes her students on field trips to places like Province House as a way to connect them to Canada's history and the lessons they're learning about democracy and the rights and responsibilities that come with citizenship. Smith-MacPhail teaches Grade 8 social studies and language arts at Stonepark Intermediate School in Charlottetown, P.E.I. and emphasizes that history is most alive when tied to geography and place.

On the value of experiencing her subject matter firsthand

A lot of the material that I focus on is First World War and Second World War studies and citizenship. In 2012, I did the Cleghorn War and Memory tour of Canadian battlefield sites in Europe. It was a week of First World War studies and then a week of Second World War. We did a biography of a soldier from our hometown. I went to the cenotaph in my area and chose a name; I studied who he was and where he came from. As far as being a social studies teacher goes, the value of being in the actual environment where these battles took place, where the geography hasn’t changed much in 100 years, that was amazing. You’re standing in fields, looking down and picking up pieces of barbed wire that have been dug up by plows over the years. The soil still brings up memories of the war. That's pretty monumental.

On making history relatable for her students

I talk quite a bit about our own geography around our school as a way to explain history in terms that are easier for them to understand — for instance, getting them to imagine the school yard as a battlefield. In Grade 8, students are only just starting to realize that there’s a world beyond their community, but they get the concept of allegiances between friends, which is alike to allegiances that were made between different countries. We talk about the global situation before the Second World War and the impetus and some of the reasons for the war. 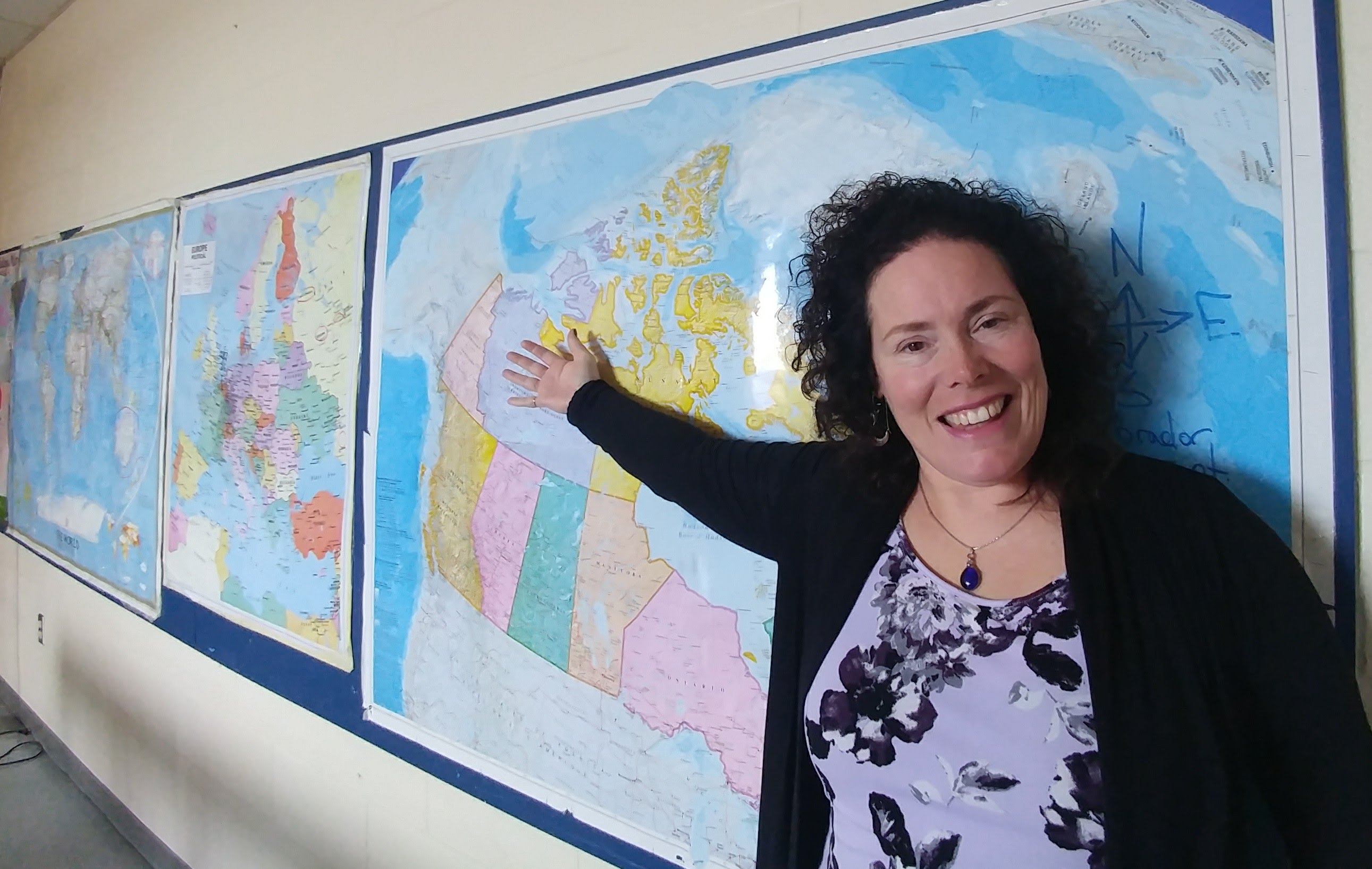 On engaging students in Canadian democracy

I’ve been part of the Teachers Institute on Canadian Parliamentary Democracy, held in Ottawa, and through that I've been able to bring citizenship and Canadian democracy into my teaching. We talk quite a bit about the rights and responsibilities of citizenship, which include knowing what is going on politically and casting a vote in an election. I’ve been involved in the Student Vote project when it’s on in Prince Edward Island. It’s a national program that engages students in their provincial or territorial election. The students actually learn about their local candidates and what the parties stand for. They cast votes that are compiled and counted, and the results are released after the actual election results. It's amazing experiential learning that they can really take value from. I spend quite a bit of time talking about politics, and we discuss the importance of having opposition in Parliament so that you can hear the other side of an argument.