Alberta educator emphasizes the importance of forming strong relationships with Indigenous knowledge keepers and communities in educational programs across the country
By Tanya Kirnishni
June 3, 2019

Charlene Bearhead has taken part in some of the most important recent educational projects in Canada, serving as education lead for the National Inquiry into Missing and Murdered Indigenous Women and Girls and for the National Centre for Truth and Reconciliation, and as an Education Days coordinator for the Truth and Reconciliation Commission of Canada. She also works in an advisory capacity with a number of organizations across Canada, lending her knowledge and her connections to Indigenous knowledge keepers, organizations and communities.

On what set her on her path as an educator

I saw this gap where Indigenous students didn’t see themselves in school and there was nothing there. I was a classroom teacher for years, and in the territory where I was living and teaching at the time, I saw that non-Indigenous kids had terrible attitudes and it was because they didn’t know any better. They needed exposure to real learning about and from Indigenous Peoples. And also, for Indigenous students, some of them didn’t know what their nation was. At that time, I didn’t know about residential schools, but what I knew was that we were failing Indigenous students in schools. My husband is Nakota and my children are all First Nation, and being a parent and a teacher, you see how difficult that is to navigate for your children, to make sure they see themselves respectfully reflected and identified.

On teaching acceptance and open-mindedness

I’ll never forget an incident that happened when I was teaching Grade 3 in Calgary. The curriculum at the time around First Nations was limited and I thought, I’m not teaching this out of this textbook. I brought in five people from different First Nations from Calgary. After the first visitor, the other teachers came to me after school and said, “We noticed you had a First Nations person come in to your class and we don’t know any First Nations people. That was amazing; would it be okay if we brought our classes for the next one?” So we pushed all the desks out of the way and we had 75 kids on the floor learning from the visitors.

One morning, I got called into the office of the principal. He was a great guy and very open, but he’d gotten a call from the mother of one of the kids, who was very upset because her eight-year-old son had come home and said we should be more like First Nations people. He was coming from a place that was well-meaning but he said to me, “You have to be careful about how you’re approaching this teaching. We have to be clear that we’re not trying to convert these kids.” And I said, “Well, clearly we’re not trying to convert these children; that was the government and the churches’ job. The people who come in just speak from their perspective.” In the classroom, we need to respect and honour the teachings, knowledge and experience of all peoples. 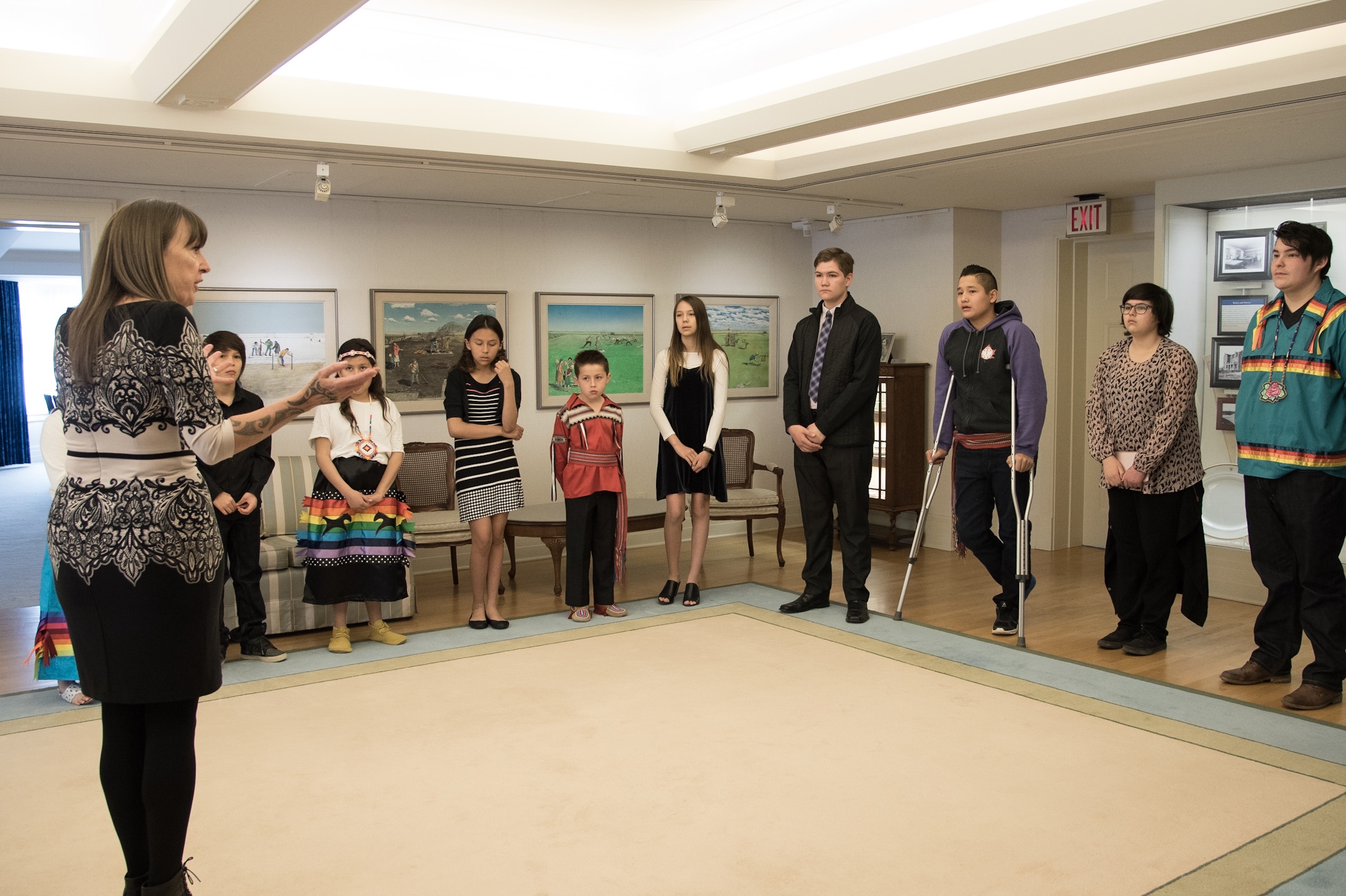 On how she views her role as an educator

I always say, if it’s not an educational program when I get there, it will be when I leave. I truly believe that education holds the answers. Not mainstream education—although it’s changing and I think that’s fantastic—but the education that happens when we really honour and respect Indigenous pedagogy. When I use the word “Indigenous,” it’s not one culture or heritage, but I use that word because we do the work together, as educators and knowledge keepers and community members. To me it’s always a placeholder for the name of the nation or nations in the territory where we’re teaching and learning.

I often joke that I don’t really know anything, I just know the people who do. I’m a person who’s been really blessed to have relationships with incredible people who are the knowledge keepers—Elders, community members, and even the kids themselves. I feel that my role is to help teachers to have courage and to give ideas on how to start those important conversations and make connections.

On moving truth and reconciliation forward in schools

I think a lot of credit goes to the Truth and Reconciliation Commission. It shook people awake. Curricula are changing — in some classrooms faster than others. When I talk to teachers in schools, I remind them that if you’re really learning from and engaging in relationships with the Indigenous people in whose territory you are teaching, a year from now your perspective will have shifted so much from beginning that relationship. Do not wait. People want to do it well, with respect and humility, but if you’re waiting for the right time, you’re going to be waiting for the rest of your life. People say, what does it take to be ready? I say, it takes the will and the courage. Take that first step, find someone to guide you and do that work together, but you need to get started. The right time was 200 years ago and we missed that, so we need to do it now.

If all we’re doing is trying to shame white people or re-traumatize Indigenous people, then we might as well do nothing at all. There’s nothing beneficial in that. For non-Indigenous people, it’s not about being ashamed, it’s about taking responsibility for what you know now and moving that forward. Often teachers are not doing that because they’re afraid they might do something wrong, but doing nothing is doing something wrong. Just keep an open mind and know that you’re going to make mistakes — and that those will be some of your best lessons.

Related: Charlene Bearhead on the role of education in truth and reconciliation