Foxes are self-domesticating in the U.K, so why not Canada?

As foxes move from the forest to the city, they show more doglike traits and appear to be naturally self-domesticating in the U.K. — but the same isn’t happening here at home
By Samantha Pope
July 9, 2020

When Kevin Parsons moved from Canada to the U.K. eight years ago, he was startled by some unusually friendly creatures on the streets of Glasgow, Scotland, including a fox, seemingly waiting for the same bus he was waiting for.

Parsons assumed that meeting such a tame animal would be a one-time occurrence, but he soon realized that the U.K. has an abundance of friendly urban foxes—a stark difference to their Canadian counterparts.

“I found it really strange because in Canada, you can sometimes see foxes darting away in the distance late at night or really early in the morning,” he says, “but never walking along the sidewalk next to you.”

At the same time, Parsons had a friend working at a museum in Edinburgh who had received about 1,500 fox skulls, from London that were collected in the early 1970s which included a mixture of  both urban and rural skulls.

Prompted by his interest in the peculiar fox behaviour he had been witnessing, and curious about whether there are differences between the city-dwelling and rural foxes, Parsons started to analyze the skulls and uncovered some interesting findings.

From the skulls he analyzed, he concluded that urban foxes show signs of what evolutionary biologist Charles Darwin called “domestication syndrome.” As foxes move from the forest to the city, they show more doglike traits and appear to be naturally self- domesticating, Parsons explains.

“Though they are getting primed for domestication they are by no means something you would want to keep as a pet,” he says. 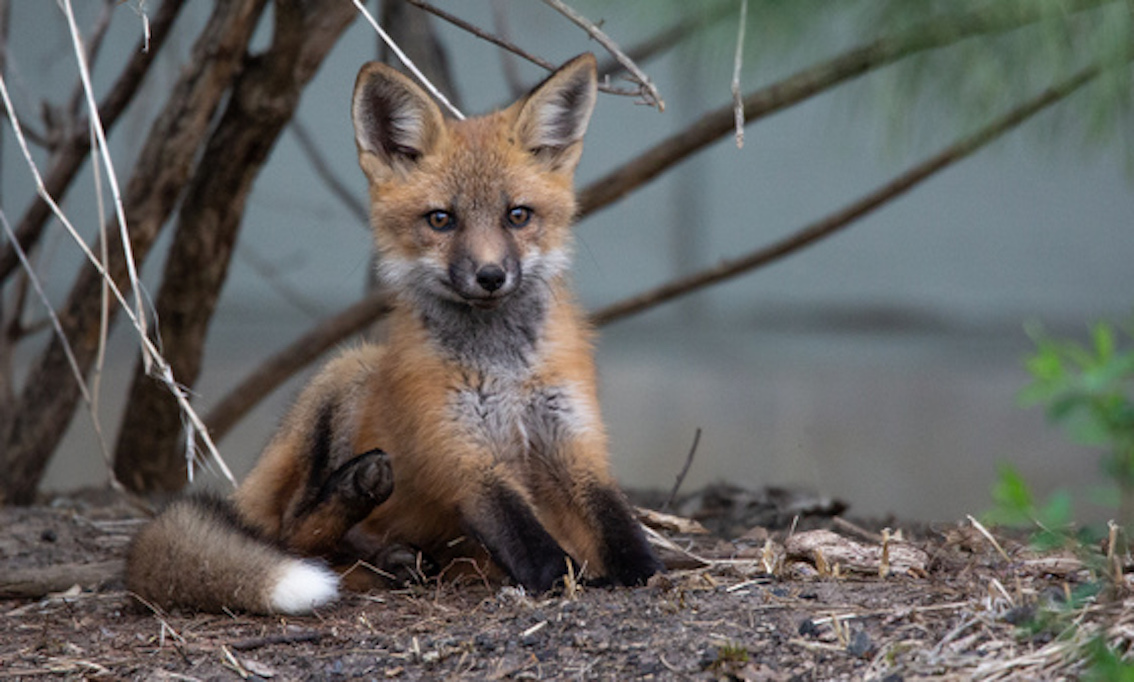 Red foxes are one of Canada’s most wide-spread mammals, found in all of Canada's provinces and territories. (Photo: Sharon Gallina/Can Geo Photo Club)

Animals with domestication syndrome show modified traits, both morphological and physiological, that are different from their wild ancestors including increased docility and tameness, changes in coat colour, ear shape, skull size and reductions in brain size, among other traits.

Parson’s study was also inspired by the famous ongoing Siberian fox experiment that took off in the 60s, where the scientists bred a group of foxes to become more doglike. By selectively breeding the least aggressive ones, the foxes developed shorter snouts, began to bark like dogs, and started to have floppy ears like you would see in domestication syndrome.

Parsons found three characteristics in the urban fox skulls that mirror domestication syndrome: the urban fox skulls had shorter snouts, smaller brain cases, and the male and female foxes were shown to be 28 per cent less different from each other based on how they look. 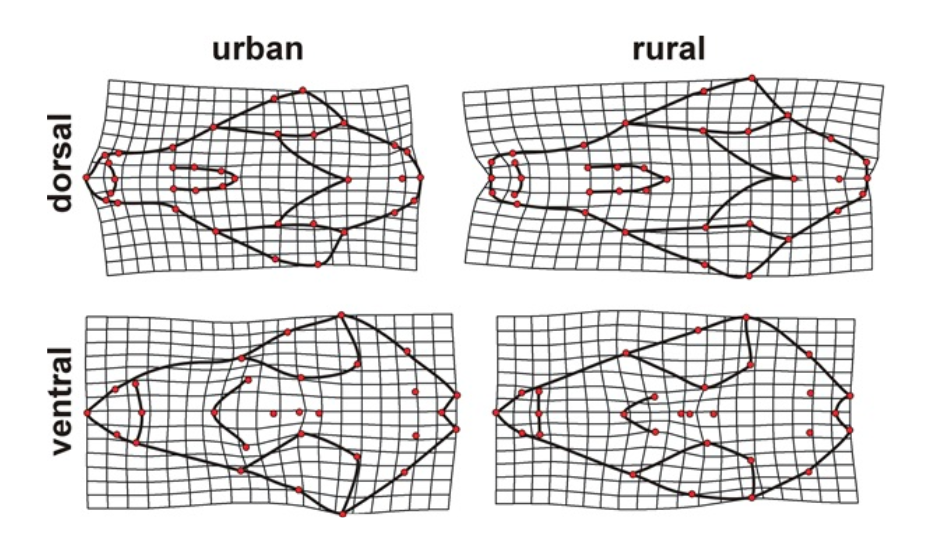 As urban foxes tend to eat garbage or leftover waste from people, which comprises a third of their diet, their shorter snout enables them to have a stronger bite force. This helps them crush through bones and break into packets of food that may be mixed in with the trash. In comparison, the rural foxes have longer, skinnier snouts which gives them a faster bite to help them catch moving prey.

Parsons adds that urban foxes may have smaller brains because they live in a much smaller home range size, so it doesn’t require as much spatial awareness and memory.

What about foxes in Canada?

Foxes in Canada are not showing domestication syndrome like U.K. foxes are, and Parsons says there could be many reasons to explain why this is the case including that the foxes in Canada and the U.K. come from a different lineage and may not evolve the same way.

Population density may also play a role: Toronto has a lot of open space compared to Glasgow, meaning foxes can be timid and find hiding places more easily in a Canadian city.

The cities in the U.K. also have more of an abrupt end compared to Canada, he adds.

“In Canada, you drive an hour and it’s sprawled out with suburbs. So, getting access to the centre of the city takes much longer,” he says. “Here, I live in the suburbs but in five minutes I’m in the core of Glasgow. Then, a five minute drive the other way takes me into cow fields and countryside.”

There’s no study that looks at domestication syndrome in Canadian foxes, at least to Danielle Fraser’s knowledge.

“Something I thought would be an interesting extension to this study is looking at populations from other urban and rural pairs throughout the range of modern foxes,” says Fraser, an evolutionary biologist and research scientist at the Canadian Museum of Nature.

Pointing to how the snouts of urban foxes got shorter in the study, Fraser adds that previous studies have shown canines being more prone to evolvability in the face, particularly the snout, than other parts of their skull. 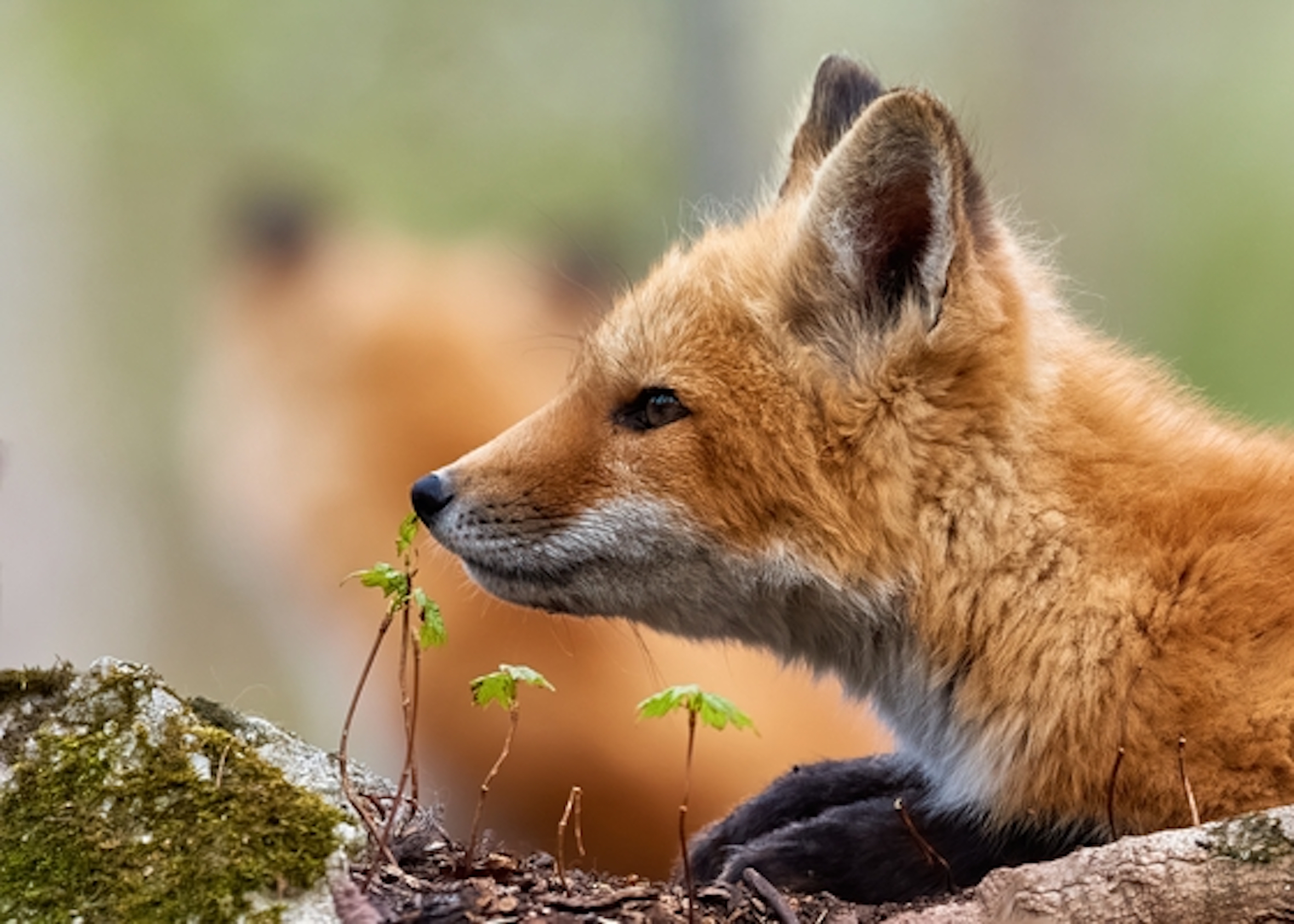 Though foxes are being primed for domestication in the U.K, they are by “no means something you would want to keep as a pet,” Parsons says. (Photo: Joe Wilson/Can Geo Photo Club)

Will foxes ever fully self-domesticate?

Parsons says it is hard to know whether they will or can ever fully domesticate.

“Foxes have been down this path before, but they never fully domesticate,” he says, as seen in the Siberian experiment. “There might be something about them that limits their ability to become fully domesticated. But the question is, have we really ever tried?”

However, Fraser points out that the foxes in previous experiments were of Canadian origin and weren’t necessarily “wild” to begin with.

An opinion paper published in Trends in Ecology & Evolution describes how Canadians had been domesticating foxes through selective breeding since at least the 1880s, selecting for both appearance and behavior.

What is special about this phenomenon in the U.K, is that we are watching a living, natural population starting to self-domesticate, Parsons says. People have historically learned about wolf domestication through archaeological digs, but researchers can study these foxes in real time — and the pace of their domestication is surprising.

“This shows that people can have really rapid and big effects on populations. When we build things like cities where we are completely changing a habitat, it can have really massive and fast effects on wildlife,” he says, adding that humans should be mindful of how our actions might have unintended consequences on wild populations.

Moving forward, Fraser agrees that paying attention to how species are responding to expanding anthropogenic pressures will be important.

“Foxes are probably going to be okay because they are showing evidence they can adapt to human-dominated landscapes,” she says. “But maybe other species who don’t possess the same changeability as canines and foxes may not do as well.”