Since the 1970s, wild Atlantic salmon have all but disappeared from eastern Canada, decimated by overfishing, infrastructure development and other threats. But recently, endangered Inner Bay of Fundy Atlantic salmon have been returning to two rivers in Fundy National Park in numbers not seen for 20 years, thanks to a somewhat unlikely partnership between Parks Canada and the aquaculture industry.

The Fundy Salmon Recovery Project grew out of a simple enough premise: the less time a young salmon spends in captivity, the greater its chances of survival in the wild, so why not restock the rivers with adult salmon that will spawn naturally, producing offspring that have never experienced captivity?

In the late 2000s, the park and its Fisheries and Oceans Canada partners approached Cooke Aquaculture, which operates commercial salmon farms in New Brunswick, Nova Scotia, Newfoundland and Maine. “They grow millions of Atlantic salmon, so we asked if they would grow wild Atlantic salmon for us,” explains Corey Clarke, a Parks Canada ecologist.

Cooke agreed and has since established the world’s first marine farm dedicated to growing wild Atlantic salmon near Grand Manan, N.B., and last fall celebrated the release of more than 500 adult salmon into Fundy National Park. (See an infographic about how the program works in the January/February 2017 issue of Canadian Geographic.)

While the project is a first for Fundy National Park, it joins a growing number of initiatives centred in Canada's national parks to conserve endangered and at-risk species within — and beyond — their borders.

"There are currently hundreds of endangered species in Canada and some of these species exist completely or in part within the boundaries of our national parks and national marine conservation areas," says Dena Rozon, a spokesperson for Parks Canada. "Our goal is to give each of these species the best chance at long-term survival in the wild."

Here are five more species that are the focus of Parks Canada-led conservation and recovery programs: 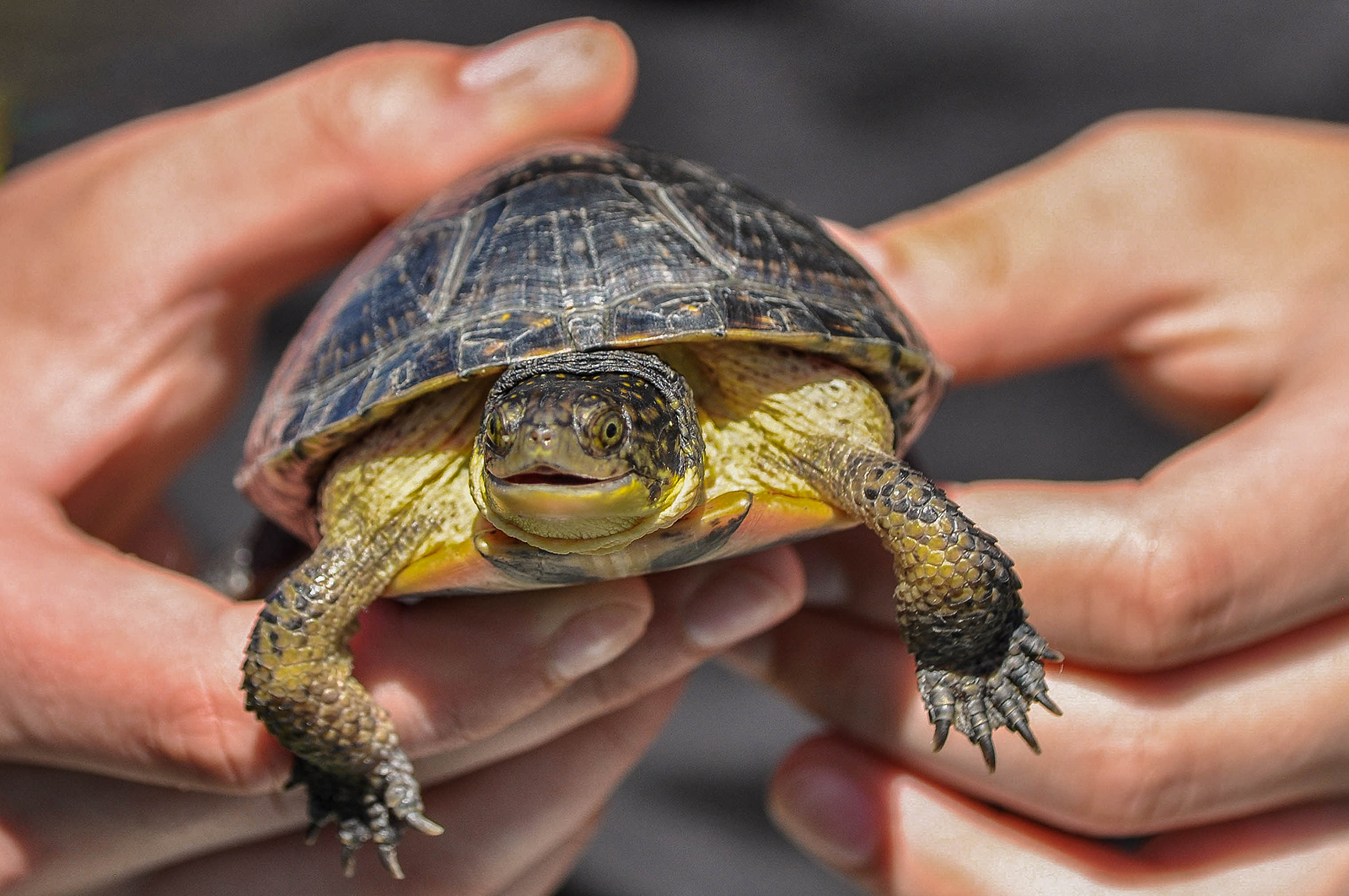 It's not even fully established yet, but already, Canada's first urban national park is making strides toward fostering native species within its borders. This past summer, Parks Canada worked with the Toronto Zoo and the Toronto and Region Conservation Authority to release 36 baby Blanding's turtles into a wetland that will make up part of the park's 79 square kilometres. Blanding's turtles have a long lifespan and can survive in the wild for more than 75 years, but they are also slow to breed, with females reaching sexual maturity around age 25. Road building, housing development, poaching and agriculture have all contributed to the turtles' decline in Ontario and Nova Scotia, but parks in both provinces are restoring habitat and conducting multi-year studies and restocking programs. 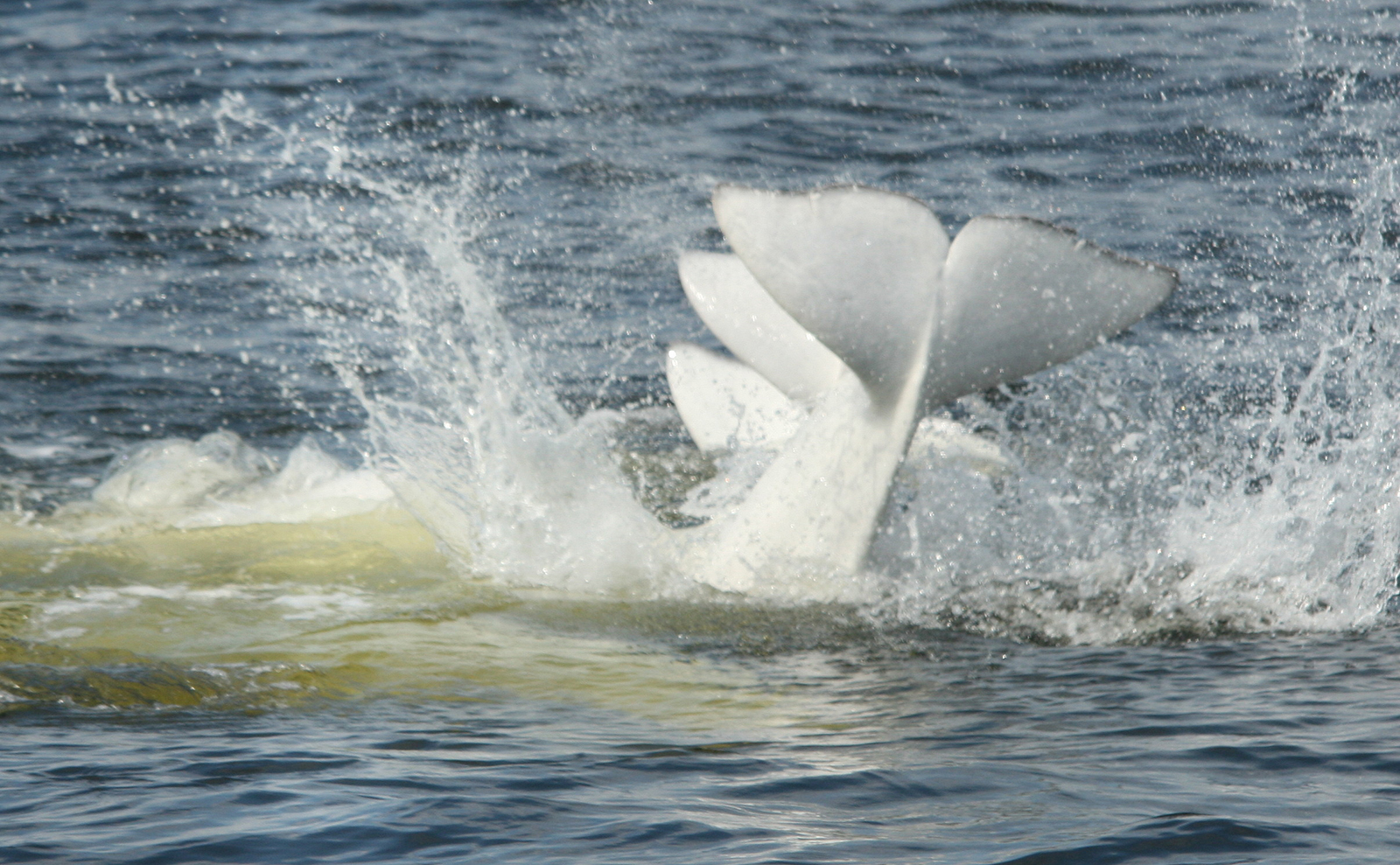 The beluga whale is primarily an Arctic species, but at one time, a geographically isolated population of belugas thrived in the St. Lawrence River estuary, the southernmost reach of the whales' range. Commercial whaling decimated the population in the early part of the 20th century, and in spite of a total ban on beluga whaling instituted in 1979, the St. Lawrence population has only continued to decline. Today, there are fewer than 900 belugas living in the region, and these are threatened by ship traffic, pollution and dwindling food resources. The Saguenay-St. Lawrence National Marine Conservation area was created in part to protect the summer breeding grounds of the St. Lawrence beluga, and this year the federal and provincial governments rolled out new regulations for whale-watching and other boat traffic in the park in an attempt to minimize disturbance to the whales. 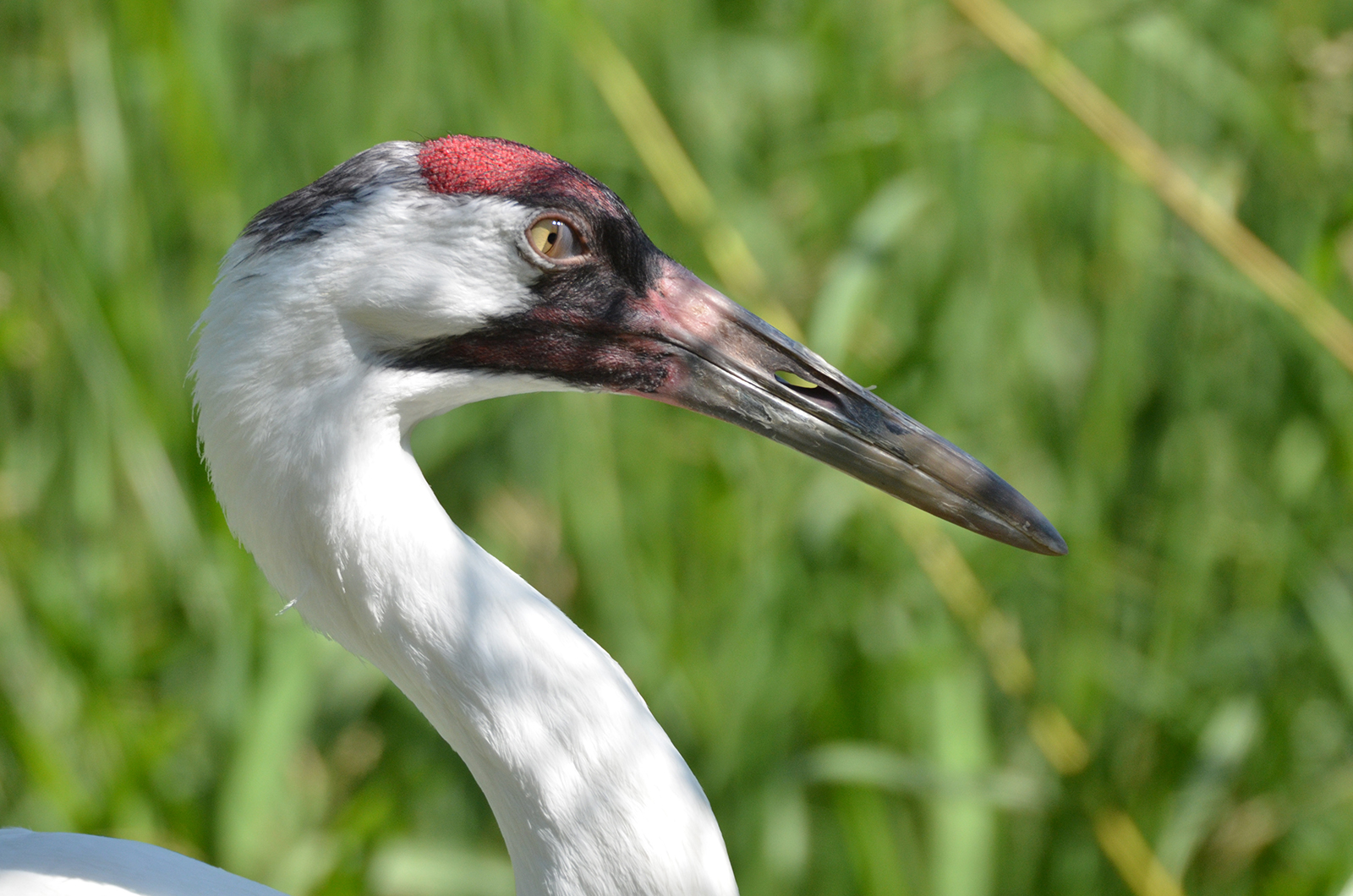 Whooping cranes once ranged across North America, from the southern coast of Texas to the Northwest Territories, but the rapid growth of urban settlements in the early part of the 20th century decimated the bird's nesting grounds and by 1941, fewer than 25 cranes remained in the wild. In the 1950s, researchers discovered a northern nesting ground in a remote wetland area within Wood Buffalo National Park. This protected nesting ground, far from human activity, is the only reason the whooping crane has so far evaded extinction. Today, the park works with the Canadian Wildlife Service to conduct annual nesting surveys, research and public education projects to help conserve this remarkable migratory bird. But there are growing fears for the species' future due to proposed oil and gas and mining projects in the vicinity of the park; last fall, UNESCO, at the behest of a local First Nation, asked the Canadian government to study the potential impact of all planned development on the park and its wildlife. 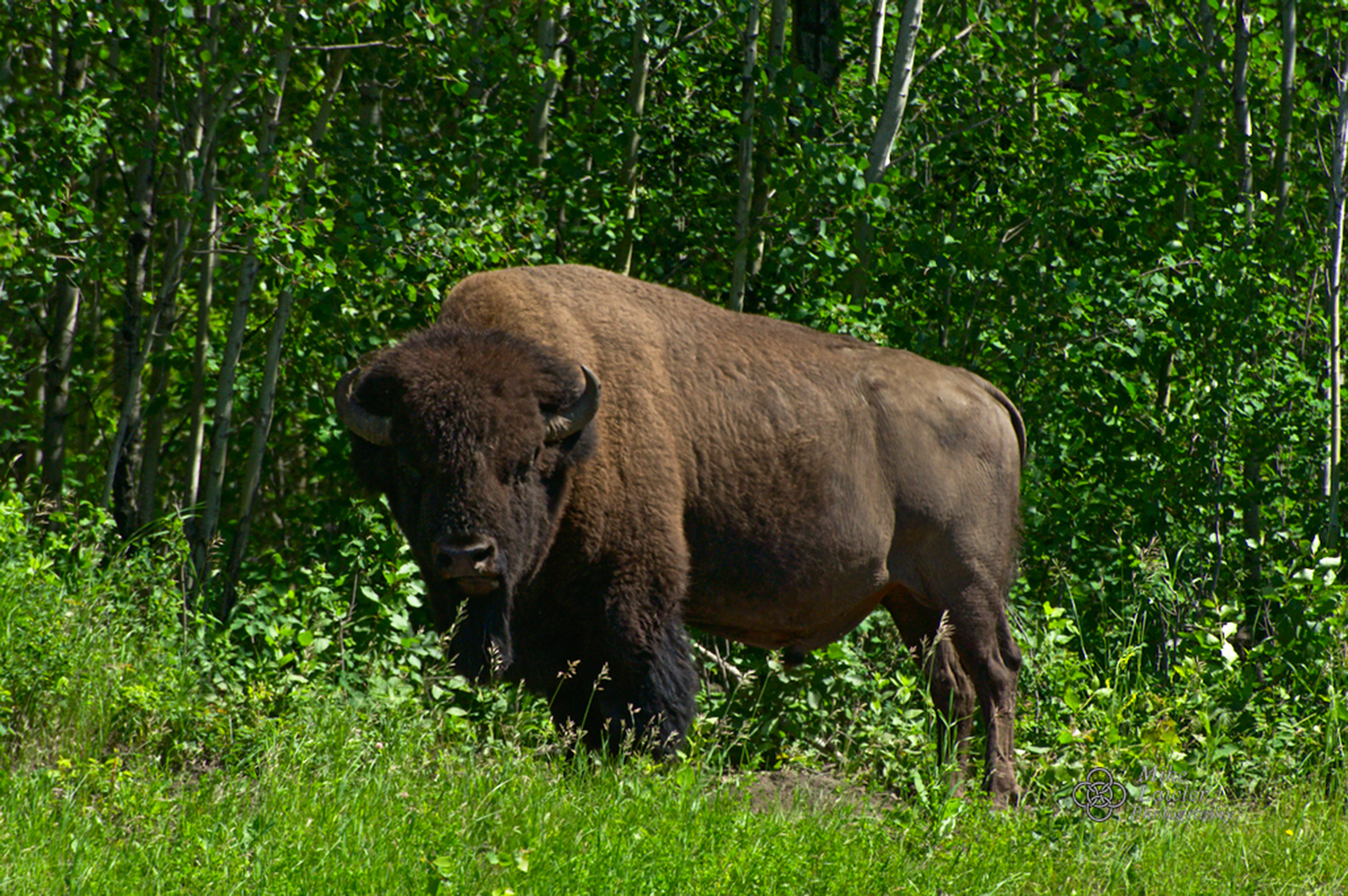 A historically, culturally and economically important animal, plains bison once roamed the prairies of North America by the millions. However, by the 1880s, overhunting and habitat fragmentation had all but extirpated the species in Canada. Today, captive plains bison are farmed for food in Alberta, Saskatchewan and Manitoba, and a few semi-wild and free-ranging herds have been successfully re-established, but in nowhere near their historic numbers. In fact, the reason plains bison still exist at all in Canada is a recovery program started a century ago in Elk Island National Park, east of Edmonton, Alta. In 1907, 410 bison were shipped by rail from Montana to Elk Island to begin re-establishing the Canadian bison population. The program was a success, and all subsequent conservation herds established in Canada are descended from the original Elk Island bison. Last year, in a highly symbolic move, 100 surplus bison were sent from Elk Island back to Montana to help repopulate Blackfeet Nation lands. 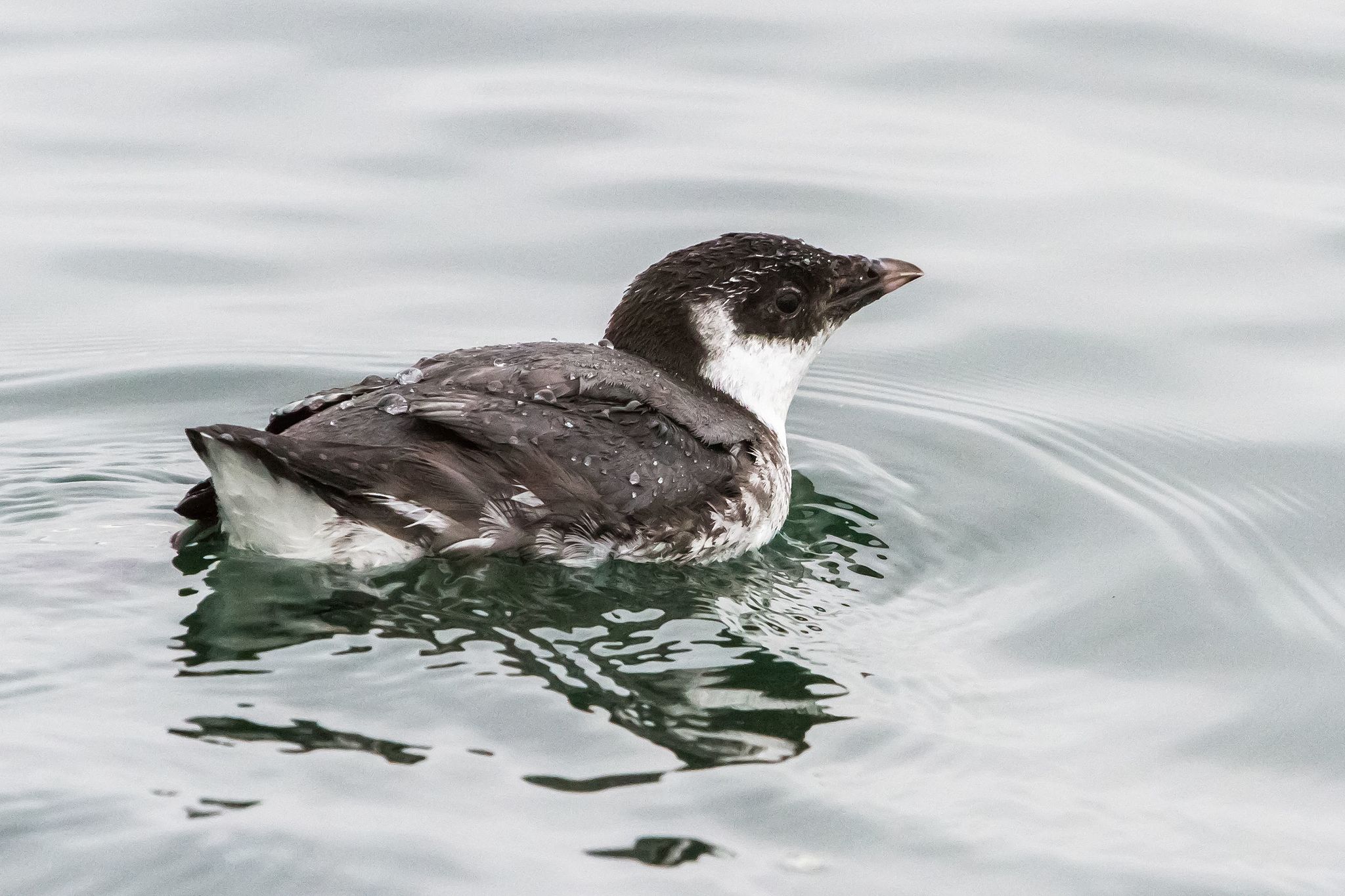 Also called 'Night birds' in the Haida language, these black-and-white seabirds are threatened by invasive rats on their coastal island breeding grounds. Rats arrived in the Haida Gwaii archipelago aboard merchant ships in late 1700s, and have since had a devastating effect on several seabird colonies. In 2011, Parks Canada, the Haida Nation and other conservation groups embarked on a multi-year project to eradicate rats from several islands that once supported sizeable murrelet populations. In 2015, Arichika Island was declared rat-free for the first time in over 200 years, and park stewards have already noticed a rebound in some seabird populations, including black oystercatchers and dusky shrews.