Five foods that will make you fall in love with Guadeloupe

From the bokit to the aptly-named tourment d'amour, discover this Caribbean archipelago's tantalizing blend of French and Creole cuisine
By Harry Wilson
April 8, 2018

Maybe it will be the bokit. Or perhaps it will be the homemade bottle of bois bandé. It’s certainly conceivable that it might be the kassav. And there’s a very good chance that, in the end, what will make you fall madly in love with the food and drink of Guadeloupe is the aptly named tourment d’amour.

Read on to discover more about these and other examples of the Caribbean archipelago’s tantalizing blend of French and Creole cuisine and where to sample them.

Call it what you will — and it has been called everything from a burger to a sandwich to a pita to a stuffed naan-style bread — but we dare you to try a bokit and say it isn’t one of the best things you’ve ever eaten. The carbs in this Guadeloupean classic come from the bread, of course, which is deep-fried, while the filling can be chicken, cod fish, ham and cheese, conch or vegetables. You’ll find bokit all over Guadeloupe’s five islands, but two of the best places to try it are on Grande-Terre, either from the food trucks found along the beach in the town of Saint-Anne, or at Le Petit Creux, a restaurant in the Le Gosier district.

You don’t go to the Caribbean and leave without eating at least one thing from the sea, whether it’s langouste (spiny lobster), dorado, cod, marlin, shrimp or crab. And you certainly don’t go to Guadeloupe and take a pass on any of these when they’re cooked Creole style, a refined blend of European and African culinary traditions. The island of Basse-Terre is known for its excellent selection of Creole restaurants, but don’t limit yourself. Over on Grand-Terre, Le Mango restaurant at Le Relais du Moulin hotel does a Creole menu on Wednesday evenings, which includes accras (cod fritters), fish rillettes and octopus fricassée, while on Terre-de-Haut, Ti Kaz La dishes out the likes of mahi mahi in coconut sauce, langouste-stuffed ravioli and scallops served on an Antillean black sausage. 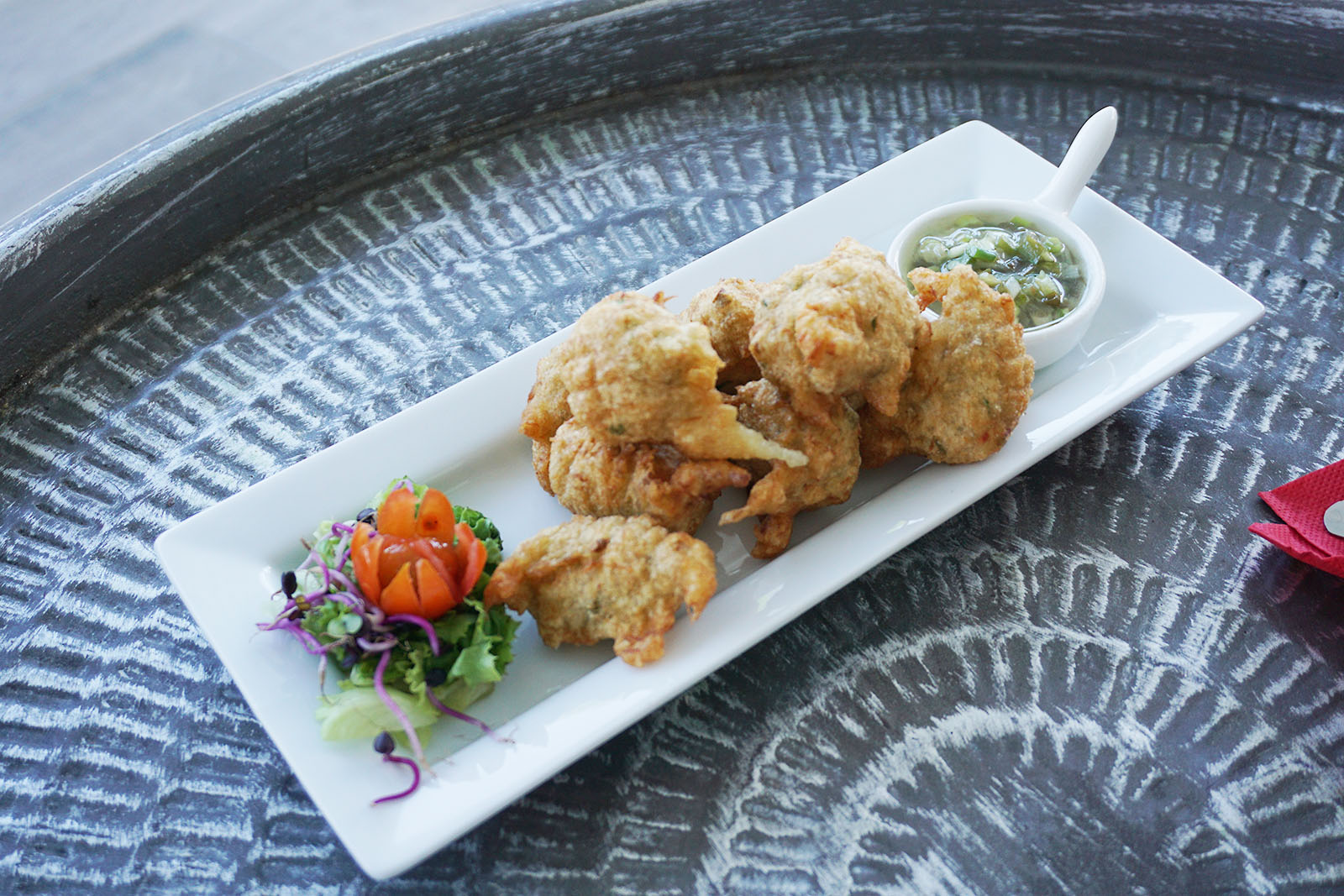 Other Caribbean islands — Jamaica, Barbados and Cuba, to name but a few — are rightly famous for their rum, but Guadeloupe punches above its weight when it comes to the drink that’s synonymous with the West Indies. It has no fewer than nine rum distilleries, which, if you ask us, seems like an entirely sensible number for a population of just 451,000. You can buy rum straight from the distilleries, but don’t miss wandering through places such as the seafront Marché de la Darse in Pointe-à-Pitre, where rum vendors proffer hand-painted bottles of the booze. Distilleries and markets are also an excellent place to shop for bois bandé, a liqueur made from the bark of the tree of the same name and widely believed to be an aphrodisiac.

On its own, a pancake made from manioc flour doesn’t exactly whet the appetite. But stuff it with something savoury (such as salt cod) or sweet (such as coconut, mango or guava jam) and it transforms into a hearty treat that’s decidedly moreish — don’t be surprised if you find yourself shopping for manioc flour to make your own version when you return home. Kassav is easy to find, but for an extra-special experience, make the journey to Maison de la Kassaverie in Capesterre-Belle-Eau on the island of Basse-Terre Maison, where you can watch kassav being made. 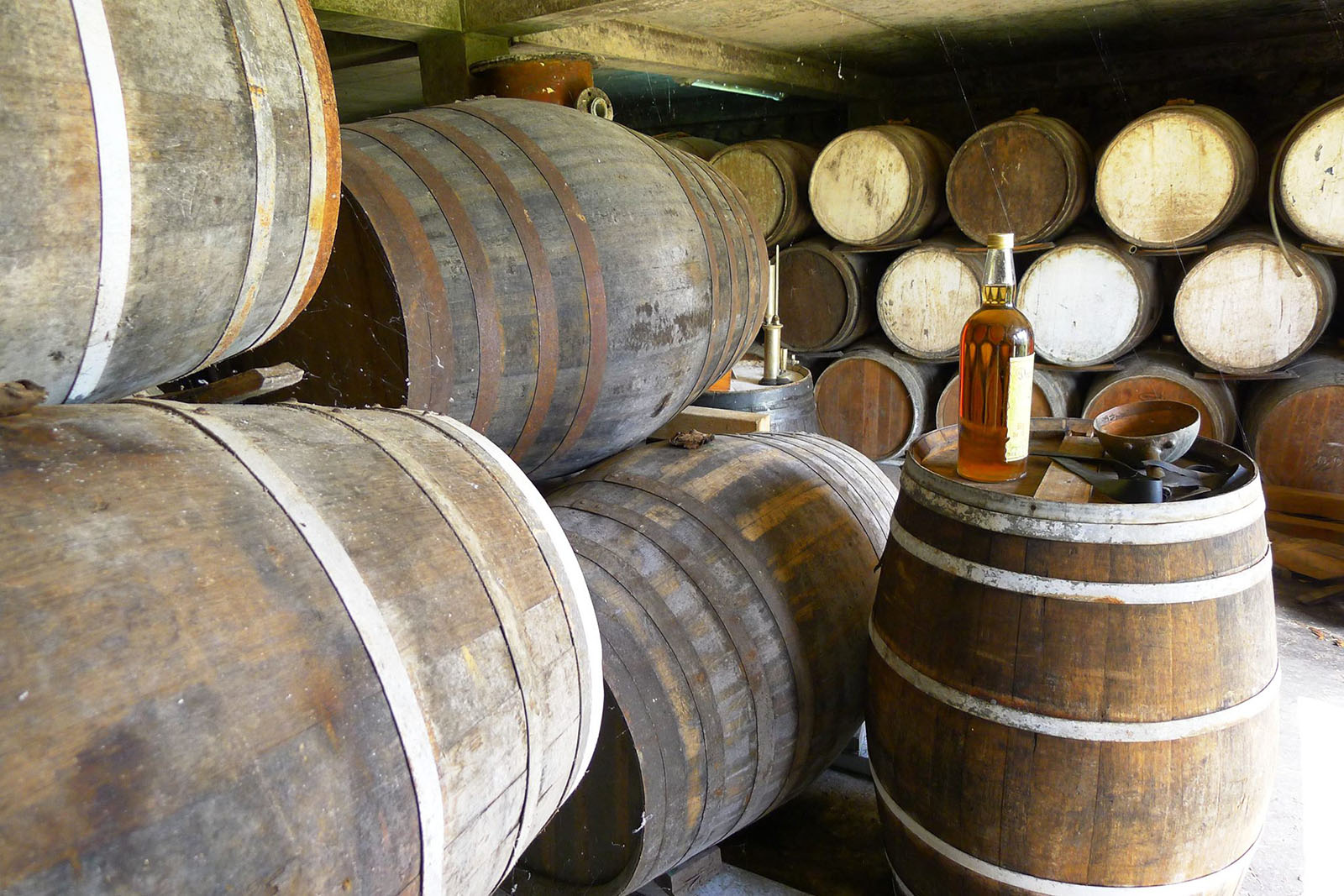 Only the French would conflate pastry and romantic torment. But you have to hand it to them — they nailed the moniker for this innocuous-looking tart, which your taste buds won’t be able to live without. Traditionally, the tart’s top layer of sponge cake conceals a layer of sweetened coconut that sits in a flaky bed of pastry, but other tropical fruit varieties such as banana, guava and pineapple are just as delicious. The best place to try tourment d’amour is on the island of Terre-de-Haut, where it’s said to have originated.