Fiction and conservation can go hand-in-hand

Works of fiction can be the starting point for much-needed conversations about sustainable solutions to complex issues
By Dave Butler
February 10, 2021

While working in sustainable tourism in Western Canada, I deal with issues such as climate change, species-at-risk, and land use conflicts. Every day, species such as mountain caribou (or sage grouse, wolves or grizzly bears) sit at the epicenter of debates pitting the environment against the economy. Given that background, I hear you asking what motivated me — a professional forester, professional biologist, and former national park warden — to write mystery novels? Good question!

After many years of undertaking field work, writing technical reports and attending public meetings, and after decades of observing people attempting to paint complex conservation issues as black or white, win or lose, right or wrong, I recognized — in a flash of the blindingly obvious — that these often-emotional situations were gold mines for story plots.

I launched into writing mysteries four years ago with my first novel – Full Curl (Dundurn Press; 2017). The book is loosely based on an international investigation in which I was involved as a law enforcement warden in Banff National Park. In Full Curl, I wrote about a simple premise: what if someone saw our national parks as a source of trophy animals?

In my second novel (No Place for Wolverines; Dundurn Press; 2018), my antagonist is an American real estate developer who proposes a ski area contiguous to a national park. However, the project is not what it seems. And like development proposals tend to do (think pipelines, hydro dams, and residential subdivisions), the project divides a small town … with dramatic consequences.

In In Rhino We Trust (Dundurn Press; 2019), the 3rd in the series, I wove the interconnections between black rhino poaching, poverty and international crime syndicates into a story that races across the harsh landscapes of Namibia.

In each of my mysteries, I use interactions between people with differing perceptions of our natural world to tell real conservation stories. Time after time, in issue after issue, strident voices on both sides claim the higher ground, the better argument, or in some cases, some deity-given wisdom about what is right. Those differences can — and do — push people apart. And they force them to do things they might not otherwise do. Such as cheat, steal or blow up hydro dams or put sand in gas tanks (thank you, Edward Abbey). That’s a smorgasbord of possibilities for an author in search of ideas. 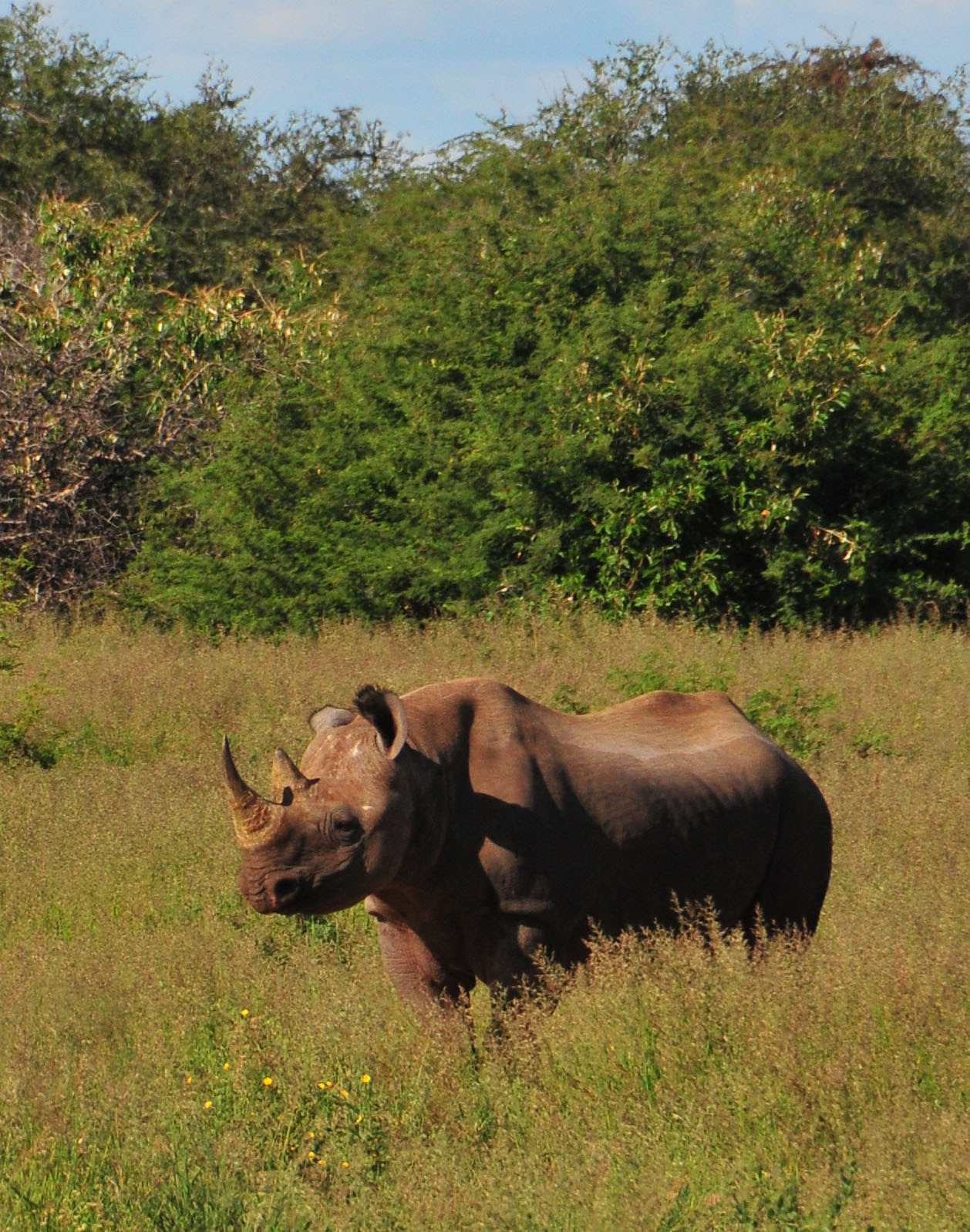 In writing mysteries, I use the three Ps — people, place and plot — to expose the 50 shades of gray in these complex issues. The list of characters (people) in the novels embodies the diversity of opinions. Because there are good guys and bad guys on both sides of any issue (it’s not always clear which is which), the list of potential characters in a mystery, and their possible motivations, are a treasure trove of tension, conflict and caustic relationships. In In Rhino We Trust, my protagonist is a Canadian law enforcement warden on secondment in Namibia. While chasing the antagonist, a young Namibian man trying to feed his family, she comes to understand the incredible complexity of the situation, and the role that poverty and colonization play in problems and solutions.

Place creates the environment in which the people interact, and to which they respond. Stories can be set in coastal rainforests, interior grasslands or the high alpine or arctic, each with unique climate and weather, vegetation types and wildlife species. They can be told at a micro-scale, like the endangered wetland habitat of the Western Prairie Fringed Orchid that’s measured in square feet, or at a continental scale, such as the alpine and sub-alpine ranges of the mountain caribou or the grizzly bear. The scale of the issue sets the scale of the mystery. In Namibia, it’s the rocky, sandy soils in the semi-arid deserts of the northwest, where rain falls once a year, if it comes at all.

Plot carries the story, builds tension, and answers the ‘what if?’ questions that are a critical foundation for mysteries. Ideally, the plot also encourages readers — while enjoying a great story — to think, to question their own opinions and assumptions, and perhaps, to understand how and why others hold differing views. For example, is poaching less revolting if done by young men, with little hope and few options, simply trying to support a family?

It's this last point that intrigues me as a novelist. Because millions of readers across the globe enjoy them, can environmental mysteries also create a fourth ‘P’ — purpose. Do they have a role in encouraging conversations by helping to make issues more personal for the reader? To inspire them to care, and perhaps to act? At a time when civil debate is increasingly fractured, do we have an opportunity as writers to do more than tell a good story? Can we make a difference through those stories?

While this may not be the primary justification for writing environmental mysteries, I believe it’s an unintended result. These stories can, if told well, help readers understand their own points of view, and perhaps appreciate the views of others. Ideally, they might be a starting point for much-needed conversations about sustainable solutions to the complex issues we face as a society.

As an author and Fellow, I see that as an exciting opportunity.