The University of Toronto president is a world leader in urban theory and the geography of innovation, creativity and culture in city centres
By Nick Walker
February 16, 2018

University of Toronto president Meric Gertler is a world leader in urban theory, focusing on the geography of innovation, creativity and culture in city centres as economic drivers. Besides authoring, editing and co-editing several influential books and dozens of academic publications, he has been an advisor to North American and European governments, to the Euro­pean Union and the Orga­nisation for Economic Co-operation and Development, in Paris. Here, he discusses leveraging U of T’s urban location and reimagining education in that light.

On the benefits of the urban location

As an urban geographer, it seemed obvious that one of U of T’s greatest assets was that it has three major campuses in the middle of one of the world’s most dynamic and diverse metropolitan regions. There are all kinds of opportunities on our doorstep, real-life problems that not just our faculty but also our students, in programs such as architecture, geography, urban studies or civil engineering, can and do work on. In the process, they’re not only deriving fantastic experience, they’re helping improve our communities and working with our partners.

On the challenge of student commutes

Collectively, Toronto’s four universities (U of T, York, Ryerson and OCAD University) have about 180,000 students enrolled, the vast majority of whom commute to and from their campuses. And we knew, anecdotally, that they’ve been spending a lot of time commuting, which means less time for studies and otherwise engaging with life, on or off campus.
So I “enticed” the other universities’ presidents to collaborate with us to help tackle this. We jointly commissioned, funded and implemented the first-ever study of daily travel patterns of university students in the GTA. We now have a fantastic database that we’ve shared with the City, Toronto Transportation Commission and Metro­Links to help inform planning.

On the university’s part in the wider city

You can think of U of T, both figuratively and literally, as a city-building organization. We have about a billion dollars’ worth of capital projects underway. As we build new buildings or renovate old historic properties, we’re thinking a lot more systematically about how that can improve the quality of the built environment and the experience of Torontonians. We also recruit about half our faculty and a quarter of our students from around the world, so the more we do to make this city itself a draw, the more we help ourselves.

On how U of T is growing and changing

In late 2017, we opened a spectacular new home for the John H. Daniels Faculty of Architecture, Landscape and Design. It’s on Spadina Crescent, just north of College Street, the former Connaught Laboratories building — a beautiful old Victorian structure that was in dire need of some serious renovation. It has been completely renewed and restored, but now on the north side of the building is a whole new complex of beautiful, modern design. It was featured in the New York Times recently. That’s a really spectacular addition to Toronto, and I think everyone would agree it really enhances the city around us.

Another big project we’re really excited about is the re-greening and rejuvenating King’s College Circle, which is the main green space in the middle of our St. George Campus. It currently has a road running around its perimeter, filled with cars — both parked and moving. The plan is to get rid of the cars, turn it into a completely pedestrian precinct and enlarge and improve the greenspaces that surround it, all as a way of creating a new green heart for the university and very much for the city.

On the flip side: international experience

I think that the more Canadians who can travel and engage with the rest of the world directly, the better. And U of T isn’t doing too badly in that regard: we reckon that 15 to 16 per cent of our undergraduates will have some kind of international experience while they’re here. But we would love to double or triple that. We are leveraging our global connections, deepening partnerships with other great universities around the world to facilitate more international, experiential opportunities for our students. 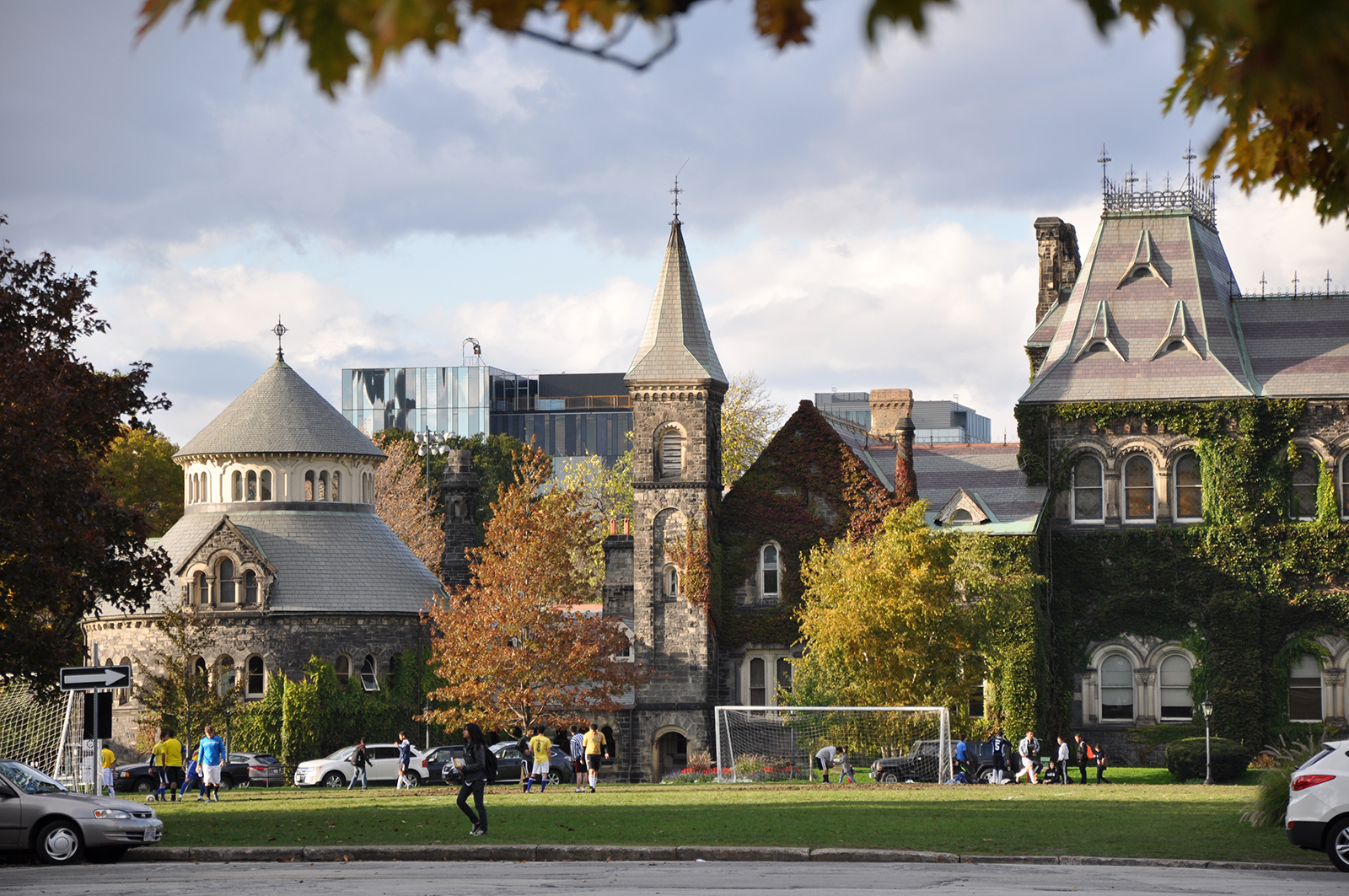 Plans are underway to re-green and rejuvenate King’s College Circle as a pedestrian precinct. (Photo: University of Toronto)