A new way of mapping impact craters could even change how astronauts prepare for the moon and Mars
By John Bennett
December 22, 2016

The polar-desert environment of the High Arctic is ideal for studying ancient landforms, because unlike other places, there is no soil and little vegetation to cover them up. In 2010, scientists exploring the Prince Albert Peninsula, on Victoria Island near the Nunavut-Northwest Territories border, made a major discovery: a massive, previously unknown meteorite impact crater. Since then, geologist Gordon Osinski of Western University in London, Ont., and others have been exploring what’s now known as the Tunnunik impact crater, probing its rocks for what they can reveal about Earth and other planets.

When a large meteorite crashes to Earth, it creates deep cracks in the ground, allowing water to circulate through rocks in the Earth’s crust that have been heated by the impact. Heat and pressure force the water back to the surface, where it emerges as a hot spring.

“Hot springs can be havens for microbial life in an otherwise harsh environment,” says Osinski. “They are where we think life on Earth may have originated — and where life may have got going on Mars too.”

Osinski, who has been studying Tunnunik since 2012, explains that the first order of business was geological mapping and sampling to answer essential questions about the crater’s size, when it formed and so on. “We use satellite data to steer us to potentially interesting sites, especially areas where we think there may once have been hot springs, called ‘fossil hot springs’ because they were only active for about 100,000 years.” he says. The researchers fly in, explore and collect rock samples for the lab, where they are examined at very high magnification. “We go from a kilometres-wide scale, with satellite images, down to the microscopic scale, with samples measured in nanometres.”

The cataclysmic force of a large meteorite impact, such as the one that formed the Tunnunik crater more than 100 million years ago, leaves behind telltale features called “shattercones,” which geologists use to estimate a crater’s diameter. Because these are easily visible in the polar desert, Osinski and his team were able to assemble the most detailed shattercone map ever made. “We showed that Tunnunik is 28 kilometres in diameter,” he says, “and that’s a big crater. Also, based on what we learned, we developed a formula that we used to improve the diameter estimates of quite a few other craters around the world.” 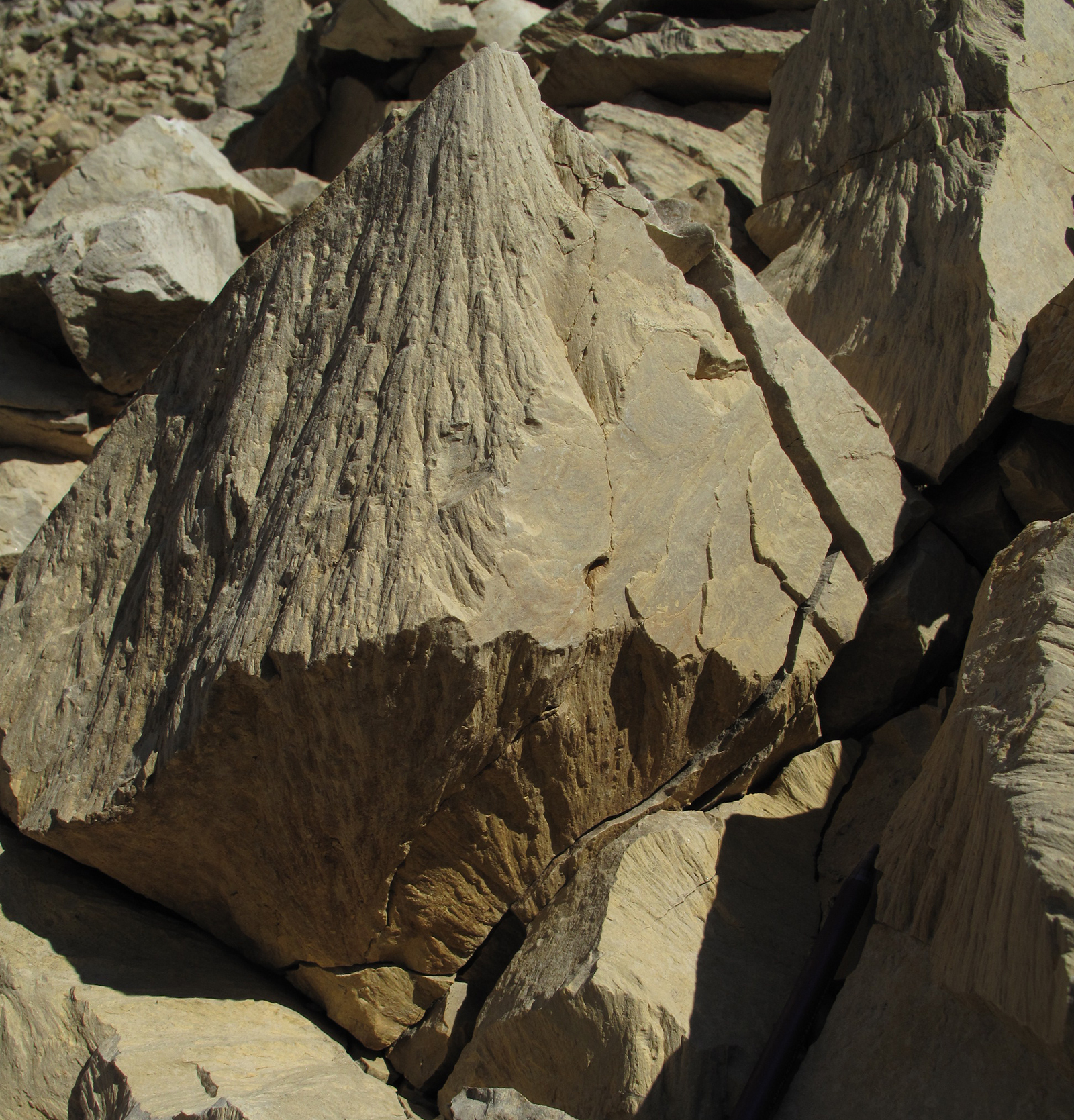 An example of one of the shattercones in the Tunnunik crater. These geological markers are helping Osinski's team create the most accurate impact crater map ever made. (Photo: Gordon Osinski)

This research, says Osinski, helps us understand the geological histories of places such as the moon, Mars and Mercury, which are dominated by meteorite impact craters. And his work has a direct connection with space exploration: Canadian astronaut Jeremy Hansen was a member of the crater expeditions. “He was there to learn about geology,” says Osinski, “and also to experience an expedition to a remote environment and learn how we explore somewhere we’ve never been before. His experience at the Tunnunik impact crater will benefit future Canadian astronauts who go to the moon, Mars, or some other object in the solar system.”