Ottawa-born explorer and submarine builder Patrick Lahey is now the second Canadian to reach the deepest point on Earth
By Brandon Wei
May 13, 2019

A team of explorers, including a Canadian-born submarine builder, has broken records and made history in a series of dives to the deepest point on planet Earth: the Mariana Trench in the Pacific Ocean.

On April 28, American deep-sea explorer Victor Vescovo successfully completed a solo dive to the bottom of the Eastern Pool of the Challenger Deep — the deepest point in the Mariana Trench — reaching a depth of 10,928 metres in the DSV Limiting Factor, the world’s deepest-diving operational submarine. Five days later, on May 3, Vescovo’s Five Deeps Expedition teammates Patrick Lahey and Jonathan Struwe successfully completed the deepest marine salvage operation, also in the Eastern Pool, to recover a scientific lander that became stuck to the bottom on a previous dive.

Both dives were made in the DSV Limiting Factor. Lahey, the Ottawa-born president and co-founder of Triton Submarines, led the engineering and production of the Limiting Factor and piloted two of its dives in this series. He is now the second Canadian to reach the bottom of the trench — after James Cameron — and the second person to dive into the Challenger Deep twice on two-person missions.

Run by a team of more than 30 people from around the world, the Five Deeps Expedition aims to reach the deepest points in each of the Earth’s five oceans. Expeditions to the Atlantic, Southern and Indian Oceans have already been completed. This dive into the Mariana Trench marks the completion of the Pacific expedition. The fifth expedition — to the Molloy Deep in the Arctic Ocean — is planned for September of this year. 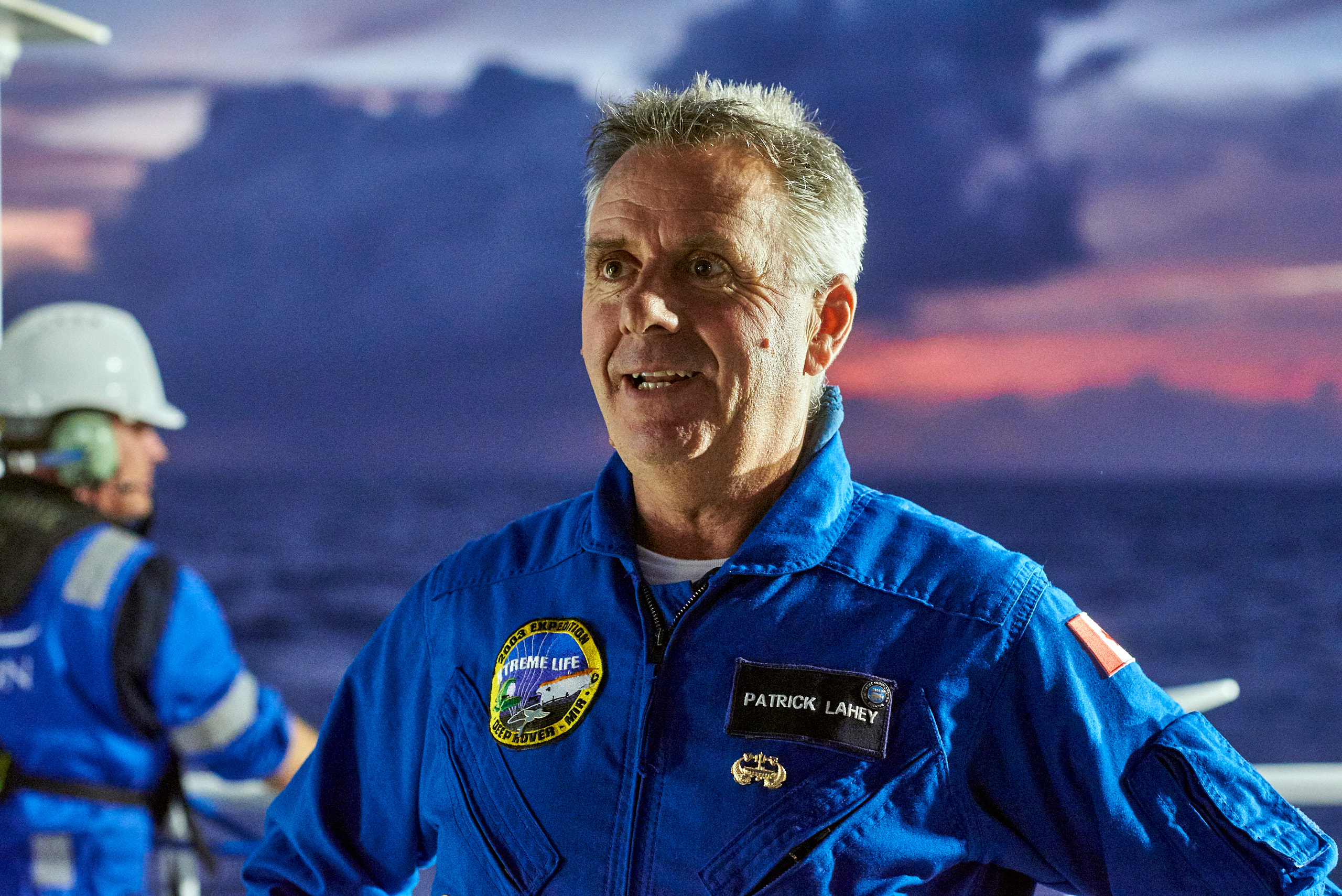 Patrick Lahey, the Canadian-born president and co-founder of Triton Submarines, led the engineering and production of the DSV Limiting Factor and travelled in it to the bottom of the Mariana Trench, the deepest point on Earth. (Photo: Reeve Jolliffe)

“An elevator to the deep sea”

These achievements were largely made possible by the Limiting Factor, says Kelvin Murray, a deep-sea explorer and director of expedition operations and undersea projects for EYOS Expeditions who was onboard the DSSV Pressure Drop, the ship from which the Limiting Factor was launched.

“We essentially have an elevator to the deep ocean — something we never had before,” he says. “We made five dives down to the bottom of the Mariana Trench in a week — all below 10,000 metres. It’s completely unprecedented.”

“I know the deep ocean. I know what it takes,” he says. “The risks are high. The stress is terrific. The pressure on the bottom would be something like 8,000 pounds per square inch, or two SUVs on your thumb nail.”

MacInnis began his career in 1964 as the medical director of the American Man-In-Sea project. Ten years later, he led the first team of scientists to dive underneath the North Pole.

Today, he continues to be amazed by new achievements in deep-sea exploration.

“[What Patrick] has done, building this sub and piloting it, is really groundbreaking.”

But Lahey attributes the success of the Limiting Factor to his team at Triton.

“I didn’t design it,” says Lahey, “we designed it. Our team of engineers are the principal designers of craft who conceived the design ideas. Then the team worked together to take those germs of ideas and turn them into actual working hardware.”

Lahey says the technology that went into the Limiting Factor will not only allow for better navigation on the ocean floor, but provide a wealth of scientific data on the entire water column, from the surface to the deepest waters.

Murray says that while the Five Deeps Expedition is remarkable in its ambition, its real significance lies in the data being obtained from deep waters around the globe.

“This is not just about one guy getting to the bottom of the five oceans,” he says. “They’re also doing a lot of science. They’re taking measurement of water salinity and temperature as they descend. You have a snapshot of what’s happening throughout the entire water column.”

MacInnis is optimistic this data can be used to create a map of the deep sea.

“It’s going to change the way we think about the ocean,” he says. “What they’re going to do for the very first time is give us a kind of connection. We’re going to see these trenches scattered throughout the world’s oceans as what they really are: a submerged continent which needs to be explored.”

A submerged continent that, no matter how advanced technology becomes, needs to be explored in person, Lahey says.

“You can use a drone to fly up a mountain, too, you know. But it’s nothing like standing there on the summit.”