Excerpt from Crossing The Divide: Discovering a Wilderness Ethic in Canada's Northern Rockies

Wayne Sawchuk's latest book recounts his transformation from a logger and trapper into an ardent conservationist
By Can Geo Staff
July 27, 2020

As the son of a logger who grew up to be a conservationist, Wayne Sawchuk understands the simultaneous divide and connection between the two worlds.

In his new book, Sawchuk, a Fellow of the Royal Canadian Geographical Society, recounts his early life as a logger and trapper and his transformation into an ardent conservationist who worked for years to help establish the Muskwa-Kechika Management Area in Canada's Northern Rockies.

Below is an excerpt from Crossing The Divide: Discovering a Wilderness Ethic in Canada's Northern Rockies. 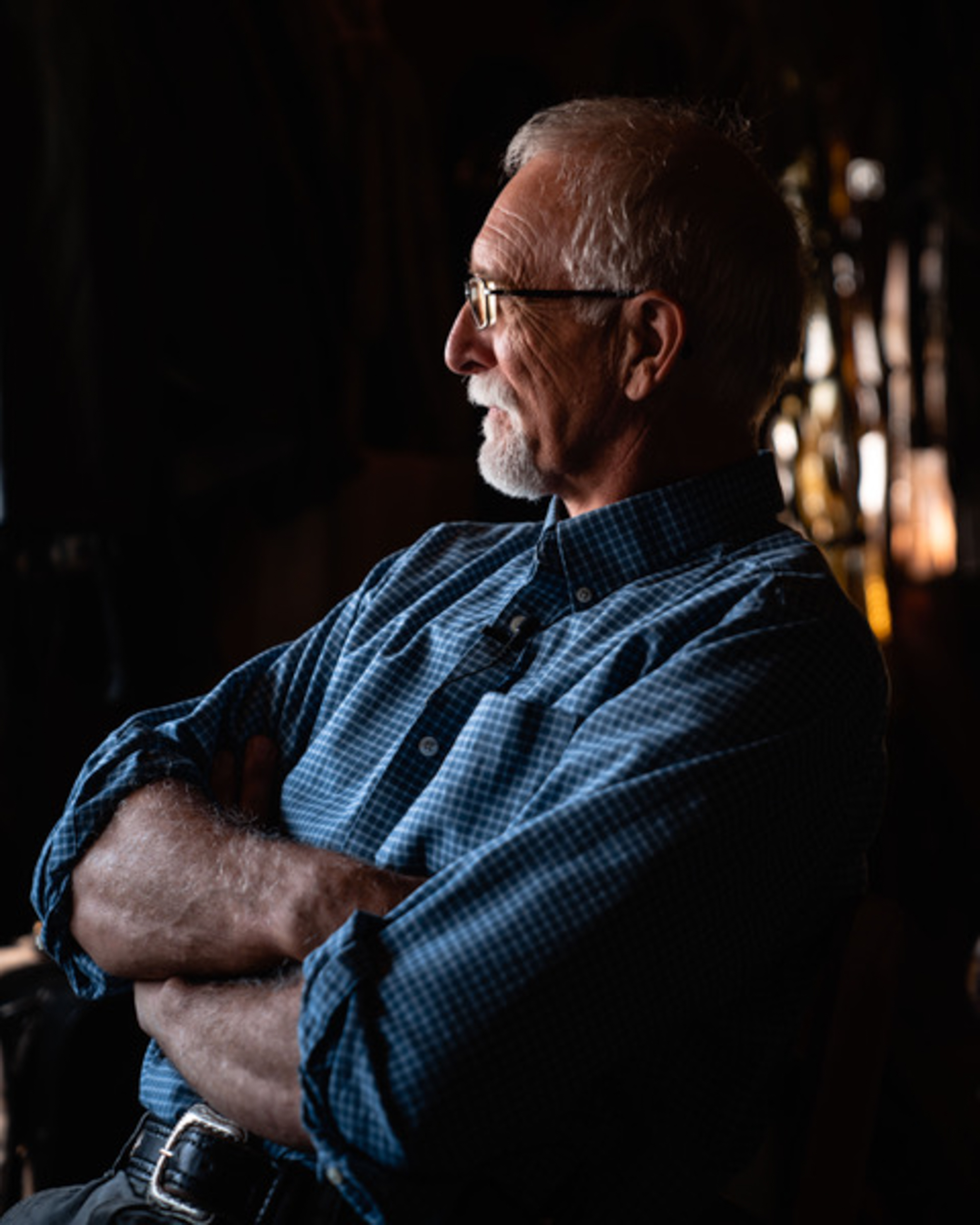 High on the gentle slopes above the headwall, far above tree line, our situation had improved. The wind still had a cutting edge from its passage across the surrounding glaciers and a freezing drizzle was beginning to fall, but there was now good footing for the horses. We were winded from the struggle we’d just been through and my girlfriend, Carole Anne Henry, normally a very tough cookie, was crying quietly. The sight of blood on the horses’ legs, the struggle to find a way up among the rocks, and the knowledge that there was no way back were clear signs that we were locked in a full-on survival situation. Although CA, as she was known to her friends, had spent many years leading groups of troubled teens in hazardous outdoor exercises, this predicament brought with it a whole other level of danger.

It was early afternoon but because our map seemed to show the route ahead would be steep and rocky with few places to camp, we planned to stop for the night at the first decent spot we found. Leading the horses into the face of a chilling wind, we crossed a low ridge and discovered a shallow, alpine lake between towering mountains, their tops lost in mist and cloud. The lower south-facing slopes above the lake held lush grass that would feed the six-horse pack string. At the far end of the lake a massive boulder that had either rolled down from the cliffs above or been dropped by a retreating glacier would provide at least a little shelter from the wind. There was no wood. We’d cook on our little camp stove but we’d have to be sparing with our diminishing stock of fuel.

Our journey to this wild place started ten weeks before on the Sikanni River. We were following the route of the Bedaux Expedition, an epic trek involving a 100-horse pack train cutting a trail through the Northern Rockies. The project was the brainchild of Charles Bedaux, a wealthy and eccentric French industrialist. He had made a name for himself by traversing the Sahara with Citroen half-tracks, trucks equipped with tracks in place of rear wheels. Next he’d had the idea to attempt the same kind of journey across the wilderness of northern British Columbia. The image of this grand entourage making its way through a mountain wilderness fueled a desire to see the country for myself.

So nearly three months into our trip, camped by the edge of a storm driven lake on the frozen tundra of the Akie-Kwadacha divide, we huddled deep in our sleeping bags. The only shelter was the massive boulder and our tent was pitched hard against it. As evening fell, the rain turned to snow and each time we unzipped the door of the tent a fierce wind delivered a shower of icy flakes through the opening. High above the valley hung a massive glacier and we were awakened intermittently by the sound of icefalls thundering down the slopes. There was no chance that an icy avalanche could reach us but the sound was wild and unsettling.

When at last the darkness gave way to gray morning light, I poked my head out of the tent. Low mist driven by a biting wind swept up the valley, obscuring all but the lowest slopes. “Can’t leave today – no mountains in sight,” I told CA. We lay back in our sleeping bags, reading and trying to keep warm while the snow piled up outside. After a cold lunch of crackers and cheese I trekked along the mountainside to see how the horses were making out. I found them grazing next to the lake, pawing through boot-deep snow to expose the grass. The snow was packing in the horses’ metal shoes and balling under their hooves. This could create a problem as they tried to keep their footing on any slopes we would have to navigate in crossing the divide.

“We can’t stay here any longer,” said CA. “There’s hardly any stove fuel left and if that runs out, we’ll be in real trouble. We have to go.”

Neither of us was sad to be leaving the spot. As we set off it seemed the horses were happy to be heading out too, throwing up their heels and shaking their heads, long manes flying. The snow didn’t seem to be balling up under their hooves but as we headed higher the snow got deeper. At first it reached our boot tops, then our calves.

Above us the mist swirled and thickened, not clearing as we’d hoped. As we approached what we thought was the pass, I kept a careful watch for any sign that others had come this way. Nothing. Gradually, the mountainside on our left closed in, dictating the route we must take. The slope rose steeply above us, the lower flanks littered with scree. Many of the heaviest boulders had been funneled into a broad rock field. Under the inexorable forces of gravity, levered by the cycles of freeze and thaw, rocks as big a fridges were creeping down the mountain.  On the top of a small ridge I stopped the horses and took in the scene – the mist-shrouded peaks, the mountain rising steeply on our left and the stream of chaotic, snow-covered boulders immediately in front of us. My heart sank as I realized that we would have to cross the treacherous field to get to the pass. I walked to the back of the string.

“This is really bad, leg-breaking stuff,” I said to CA.

“Do we have a choice?” she asked. My mind was racing, calculating the options.

“No, I don’t think so. We can’t drop down into the Akie. It would be too far to go and we don’t know if there is a trail there. We can’t go back down the way we’ve come, and there aren’t any other passes that we’ve seen. We have to go ahead.” 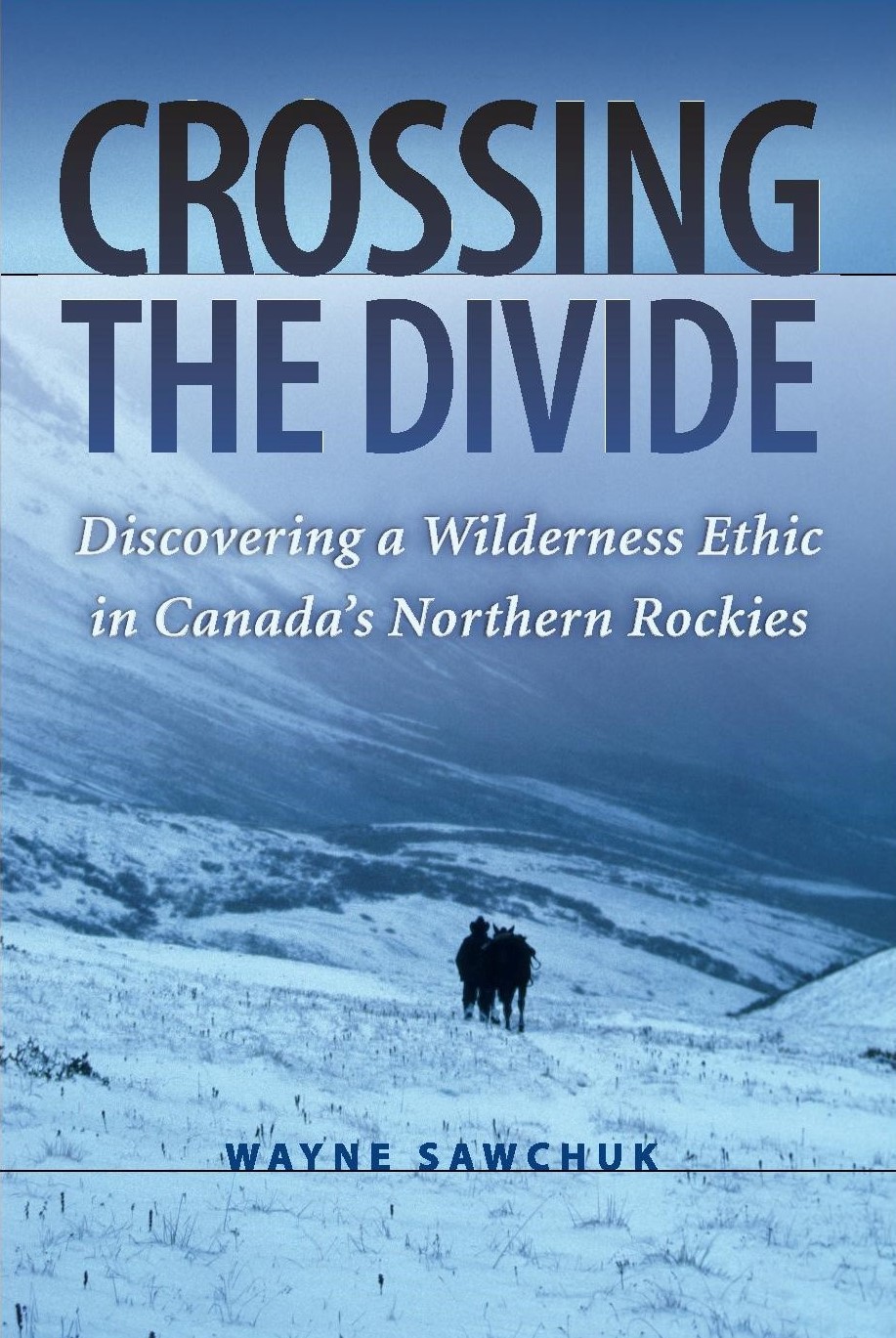