Egyptian scientists have discovered that 43-million-year-old fossilized remains belong to a previously unknown species of four-legged whale. The discovery of Phiomicetus anubis represents a huge leap forward in our understanding of whale evolution — namely, how they went from land-based to ocean-going mammals.

The fossil — a partial skeleton — was originally discovered in the Fayum Depression, a fossil-rich basin southwest of Cairo, near the UNESCO World Heritage Site Wadi Al-Hitan. Literally translated as “Valley of the Whales,” Wadi Al-Hitan is one of the most important paleontological sites in the world for ancient fossils of the primitive whale subspecies Archaeoceti. 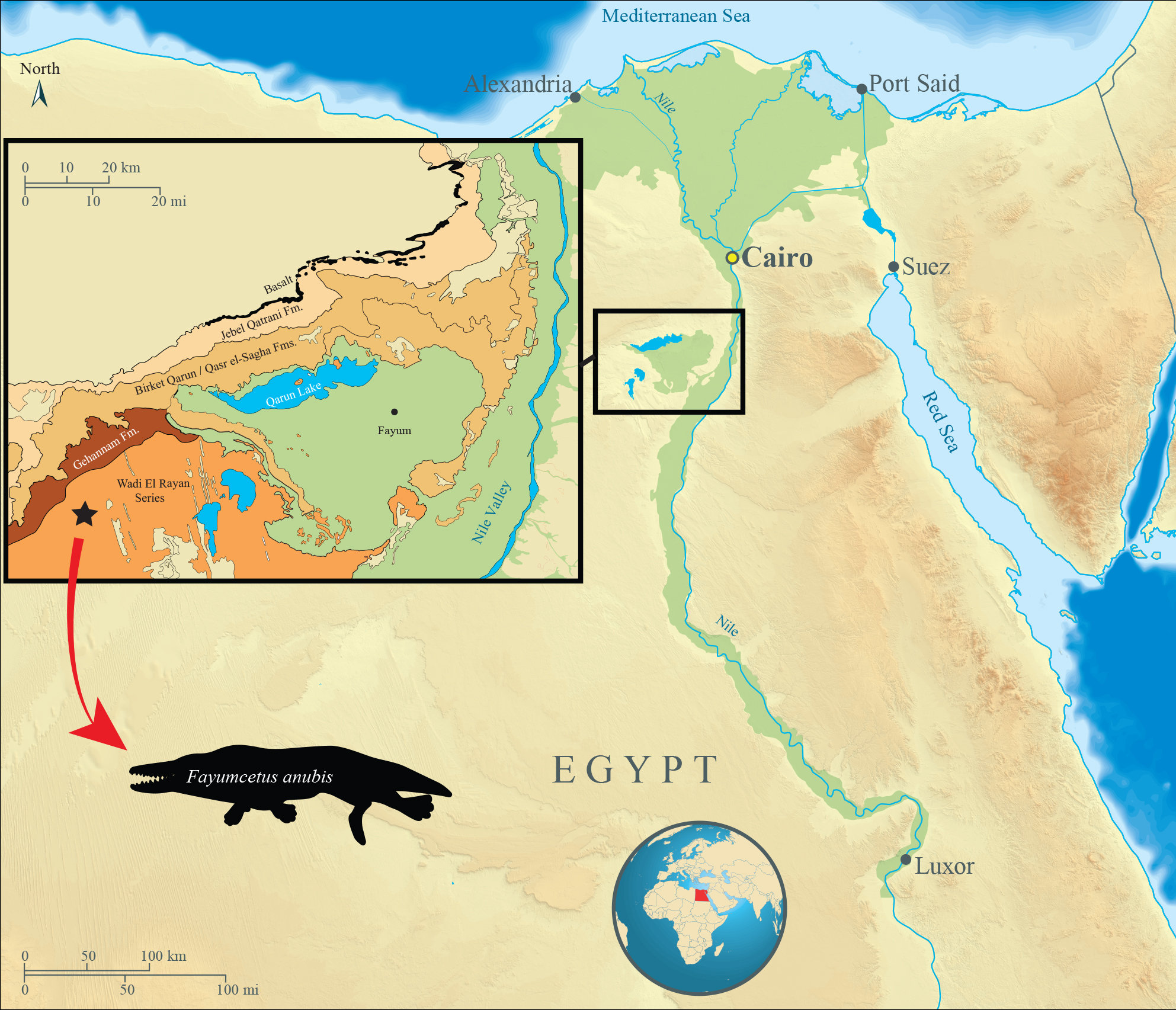 The god of death

The whale’s name, Phiomicetus anubis, pays tribute to both the place it was found and to Anubis, the ancient Egyptian jackal-headed god of death, partly due to the superficial similarity between their skulls, and partly due to anatomical evidence suggesting the whale had fierce, powerful jaws, making it the apex predator in its food chain.

“This whale was a god of death to most animals that lived in its area,” says Abdullah Gohar, a graduate student at Mansoura University and lead author of the paper describing Phiomicetus anubis. “It was the killer whale of its time.”

After its discovery, the fossil was transported to the Mansoura University Vertebrate Paleontology center for further study. Gohar began to work on it in 2017, eventually confirming that it belonged to a new genus and species. But the findings didn’t stop there.

According to Gohar, Phiomicetus anubis is the most primitive protocetid (a diverse group of extinct semi-aquatic mammals that existed around 50 million years ago) yet discovered, though he is quick to point out that the most primitive fossil is not necessarily the oldest. This was also the first clear evidence of coexistence between ancient whale families. “We’ve added so much to the science of Egypt and paleontology in Africa and the world,” says Gohar proudly.

Gohar and his colleagues estimate Phiomicetus anubis, which lived during the Eocene period about 55.8 to 33.9 million years ago, was about three metres long with a body mass of around 600 kilograms — similar to the upper limits for a bottlenose dolphin. Evidence suggests the animal had more well-developed jaw muscles and larger incisor teeth than its relatives, likely making it a more successful predator.

The fossil bore another intriguing clue as to the world Phiomicetus anubis inhabited: marks showing it was once severely bitten by sharks. However, the positioning and size of the bites suggest that the sharks were too small to hunt the ancient cetacean. Most likely, the sharks were scavengers converging on the already-deceased whale’s carcass. God of death status preserved. 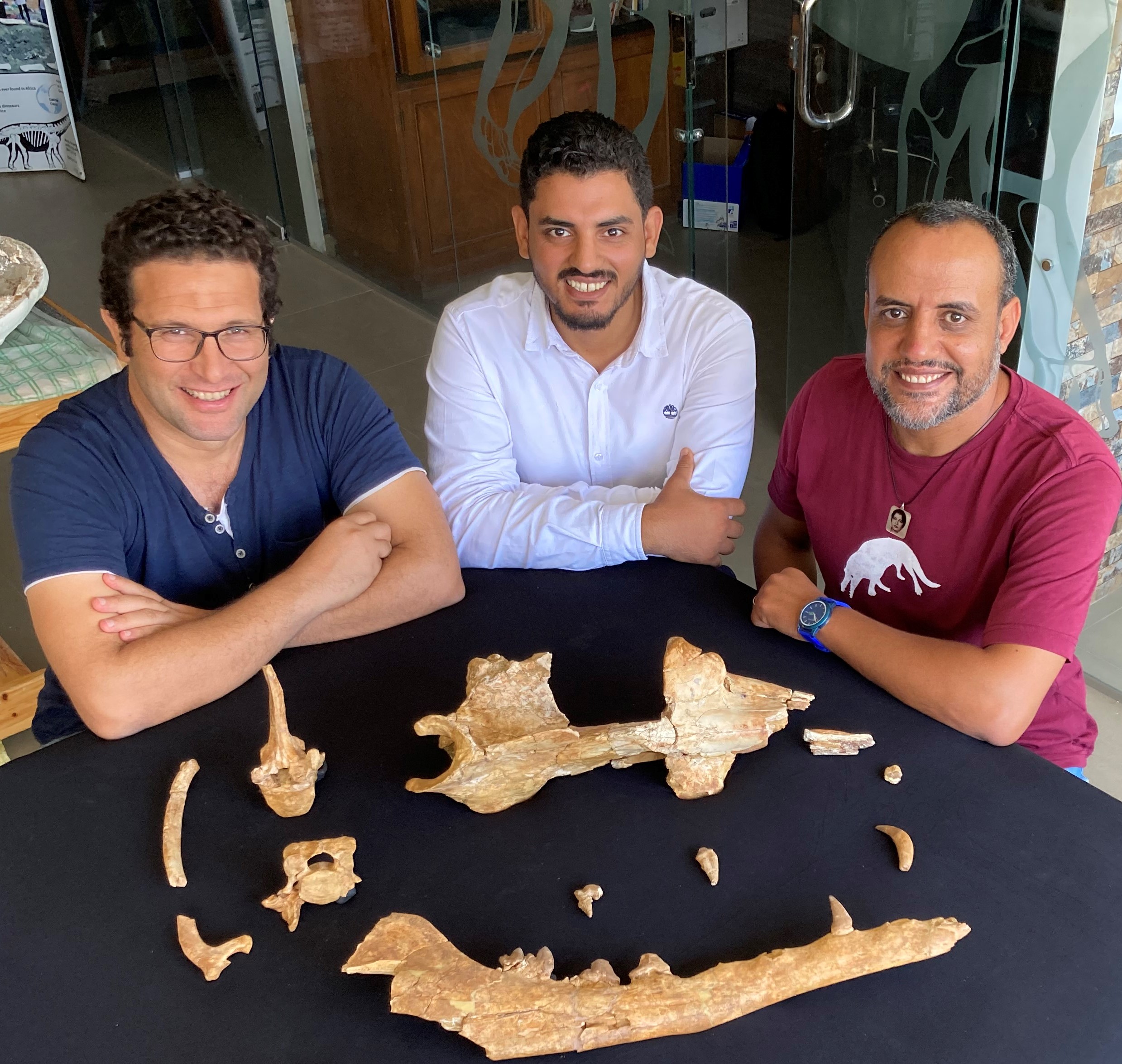 Another important note — and another source of pride for Gohar — is the background of the team behind this discovery.

“Phiomicetus anubis is the first whale fossil to be discovered, named and described by an all-Arabian or Egyptian team,” says Gohar. “It is a big step for paleontology in Africa and in the Middle East.”

Gohar and his colleagues at Sallam Lab, a research group led by Professor Hesham Sallam, expect to make more discoveries in and around the Fayum Depression and the Valley of the Whales — including fish, terrestrial mammals, dinosaurs, crocodiles, snakes and lizards. For Gohar, the focus remains on whales.

“I will keep searching for whale fossils,” says Gohar. “I want to help complete the picture of whale evolution in Africa and the world, and reach for the first fully aquatic whale.”