As polar bears move inland earlier across parts of the Arctic, they're geting a taste for eider eggs
By Angelica Haggert
February 25, 2020

A new study reveals that polar bears moving inland earlier in the year doesn’t seem to have affected the nesting locations of Arctic sea ducks on a large scale — at least not yet.

In 2017, conservation biologist and behavioural ecologist Cody Dey witnessed polar bears decimating a shoreline of nesting common eiders on Mitivik Island in Nunavut, however his most recent publication shows that changes in the nesting locations of sea ducks are not correlated to changes in the earlier presence of polar bears.

Historically, polar bear consumption of bird eggs was rare — polar bears were on the sea ice hunting marine mammals during the breeding season for Artic birds. But since 2009, duck and goose populations have been in decline in Hudson Bay, Hudson Strait and in Greenland and Svalbard.

Dey's latest study, published in February 2020, was conducted in the Hudson Strait region, a main breeding area for common eiders. Sea ice break-up in the region has advanced by about five weeks in the last three decades, causing polar bears to move inland earlier and pilfer eggs from eider nests more often. However, observations and data collected by Dey's team from 2010 to 2017 show that even with the increased presence of polar bears, there was not a significant decrease in nesting eiders.

“It is surprising that we found no clear evidence of a shift in eider breeding distribution away from areas with high polar bear presence,” says Dey. 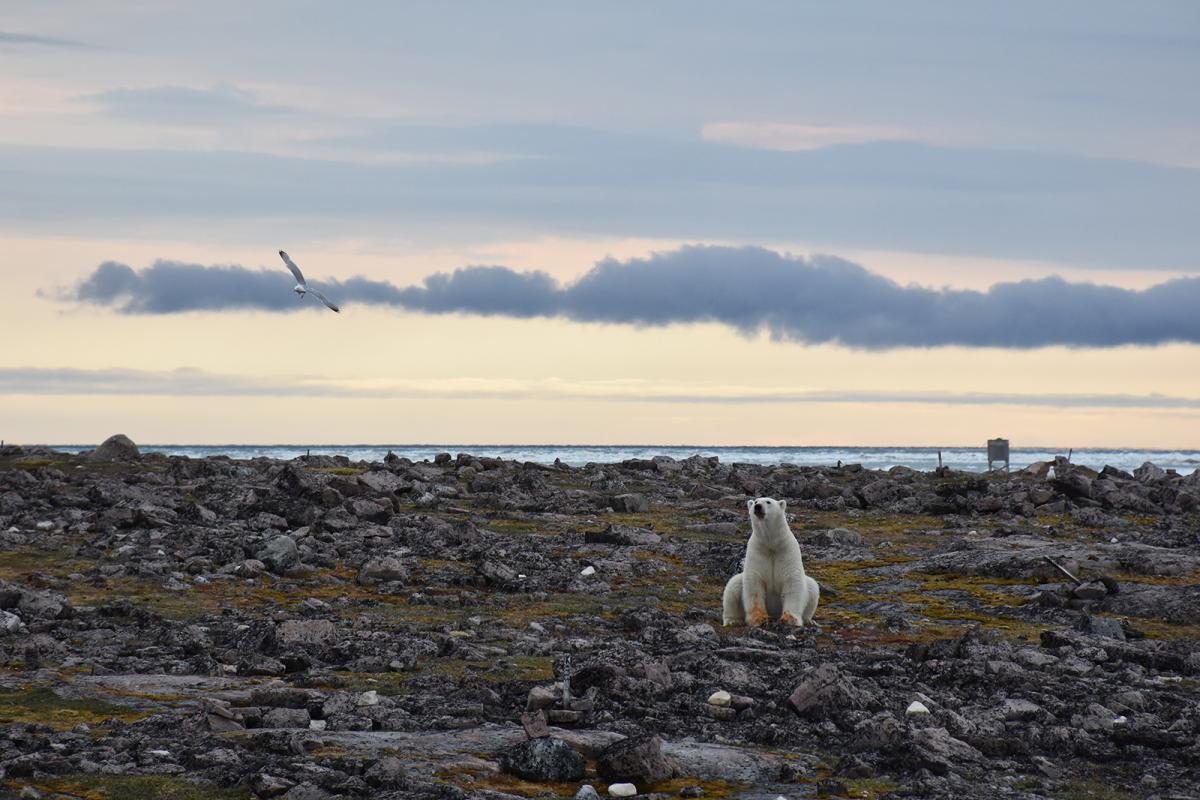 According to Dey, it is still unclear whether predators, like polar bears, cause local eider population declines due to decreases in reproductive success or by causing female eiders to move elsewhere. Also, the average eider lifespan is 10 to 15 years, so it may take multiple generations to be able to accurately detect a change.

Christina Semeniuk, part of Dey's research team, says ecosystems like the Arctic are changing at such a rapid rate that it can be difficult for species to keep up.

“Being able to protect wildlife can be extremely challenging when these rapid rates of ecological change make it difficult to predict what’s going to be happening next,” says Semeniuk. “Who could have predicted bears would need to supplement their diets with seaduck eggs to such an extent in this part of the Arctic?”

Semeniuk says the outcome of the research was unexpected, since other studies have shown eiders to shift their breeding locations after a few failed breeding attempts.

“This just goes to underscore how working in anthropogenically altered environments can sometimes throw our predictions out the window.”

Click the video player below to watch a presentation by Patrick Jagielski, part of Dey's research team and a University of Windsor student

Much of the polar bear-eider research takes place in protected migratory bird sanctuaries, as well as in areas being considered as future marine protected areas. To keep Inuit concerns of invasive studies at the forefront, the research team used new technologies to collect data.

“Drones are a great way to unobtrusively observe natural foraging patterns of bears,” says Semeniuk. “Even more discrete are the camouflaged trail cameras we place on Mitivik Island to record natural bear and eider duck behaviours — we do this so that researchers can leave the island and allow animals to behave as they would without the presence of humans.”

These methods, with the addition of eider heart-rate monitors hidden in 3D-printed eggs, allows the team to continue to look at the unique polar bear-eider pairing to learn more about what Semeniul refers to as the “winners and losers” of Arctic climate change.

Related: How changing sea ice is also changing lives in the North