The legendary primatologist expressed her gratitude and happiness the chimpanzee way
By Andrew Lovesey
September 29, 2019

Jane Goodall, primatologist, educator and environmentalist, has been awarded The Royal Canadian Geographical Society’s highest honour for her “ground-breaking research with wild chimpanzees in Africa and for her indefatigable advocacy on behalf of the environment.”

Goodall was presented with the Gold Medal by RCGS CEO John Geiger at a fundraiser for the Jane Goodall Institute of Canada September 28 at the Society’s headquarters at 50 Sussex Drive in Ottawa.

In her citation, the Society noted Goodall’s “transformative role in environmental awareness and activism in Canada and throughout the world.” In accepting the medal, Goodall said, “This is beautiful, and I love it, from Canada. So as a human being I say, ‘Thank you, what a great honour’. But supposing I am a chimpanzee, I would be much more demonstrative.” Goodall then delighted the audience by mimicking the sounds of happiness and thanks observed among chimpanzees, and threw her arms around Geiger as a chimp would.

Turning to those who had gathered to support the Jane Goodall Institute, Goodall spoke about her research, and the key role that the Society’s U.S. counterpart, the National Geographic Society, played by both supporting the research and sharing it with a massive global audience.

Goodall also explained why she continues “travelling 300 days a year, trying to create a feeling of urgency about what is going wrong in the world.”

“Everybody knows about the climate marches, the young people gathering together to say ‘Do something about emissions of carbon dioxide, but also methane, because it’s our future that you’re playing with,’” she said. “How sad that all around the world there is short term advantage being put over and above protecting the planet for the future.”

In receiving the Gold Medal, Goodall joins an illustrious group of people who have been recognized by the Society for their outstanding contributions to the general field of geography, including J. Tuzo Wilson, Margaret Atwood, Sir David Attenborough and Alex Trebek. As an RCGS medallist, Goodall has also become an Honorary Fellow of the Society. 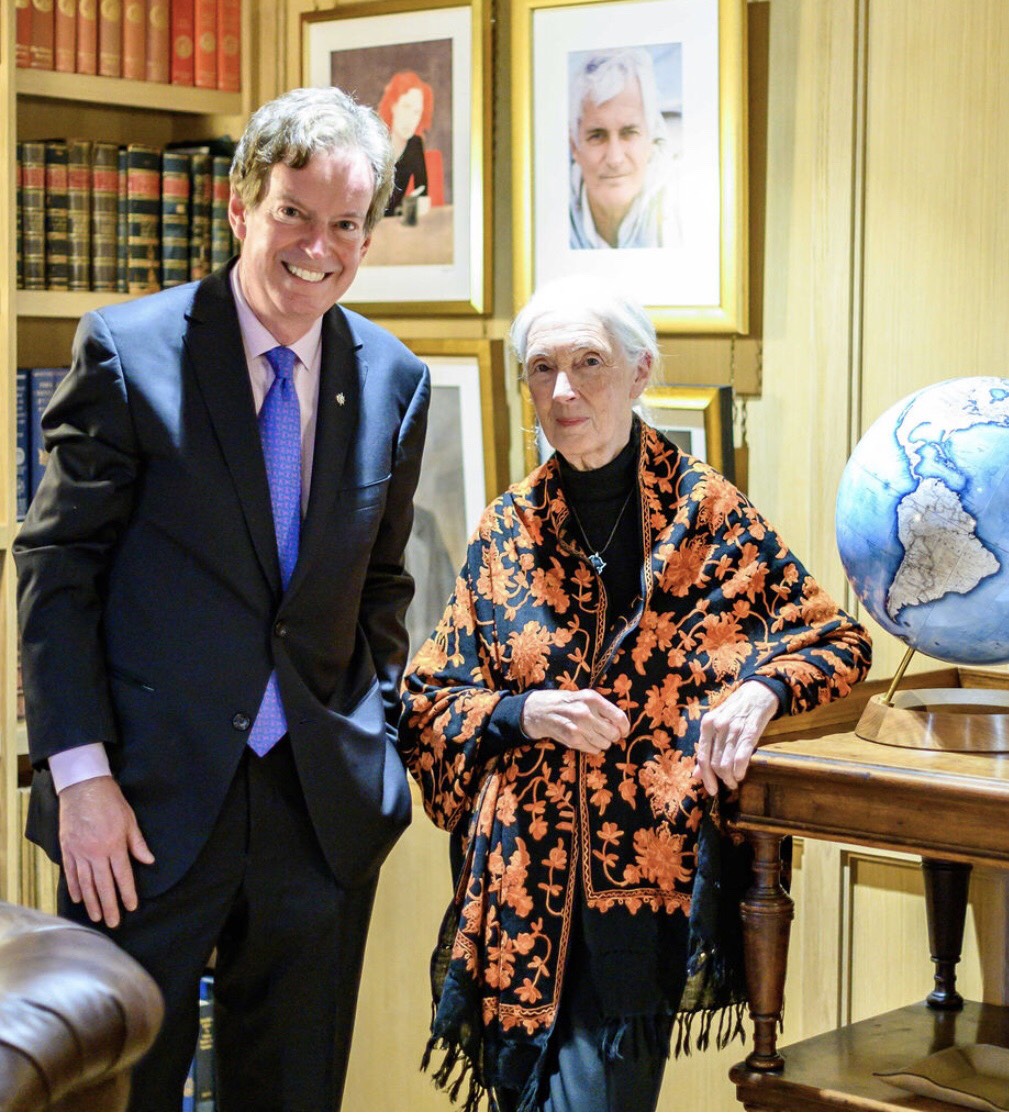