On Monday, June 21, the National Film Board will release the Lake Winnipeg project, a four-part documentary on the Anishinaabe, Cree and Métis communities who live on one of the world’s largest freshwater lakes.

The first film in the series, Matheson Island, is about fishing and family. It looks at a way of life turned untenable by government policy, climate change and health crises. Poplar River explores Indigenous connection to the land, and the mandate to preserve it, while Camp Morningstar documents a protest against a silica sand mine project. The fourth and final film, Fisher River, is an intimate portrayal of daily life on reserve and is dedicated to “the mothers and grandmothers who made us.”

Canadian Geographic interviews Anishinaabe/Cree director Kevin Settee about why he chose to make this documentary series, how he chose his subjects and what he wants Canadians to understand about Lake Winnipeg and the people who call it home. 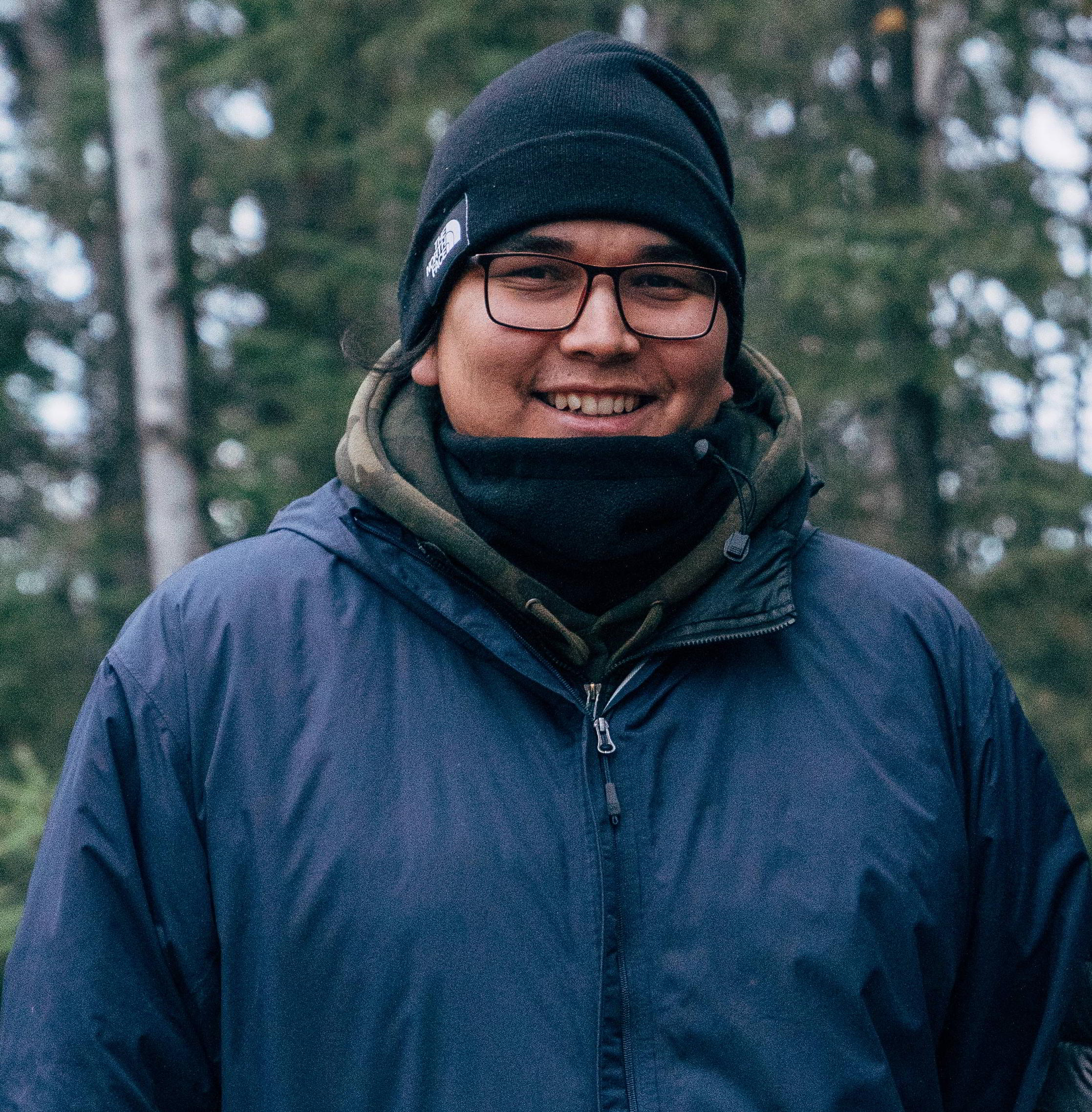 Why Lake Winnipeg? Why does this place matter to you?

All my family, my grandparents included, are from Lake Winnipeg. They all were born, grew up and were raised on the shores. So that’s my connection: my grandparents and growing up spending time on the island.

That said, I’m a city person because that’s where I was raised and that’s where I grew up. I always tell people that I know Winnipeg streets like the back of my hand. But a part of my life has been to learn more about where I come from and to learn my culture. Developing that long relationship is really important. And I think that’s really important for a lot of people. It’s reflective of what I wrote and what I see as important for our people.

What is a cultural practice you reconnected with when filming Lake Winnipeg?

The navigation of the rivers. There are 13 rapids to get to Weaver Lake so it took us six to seven hours to get up river. And that blew me away. And there’s a lot of people who think that people just live on reserves and don’t go anywhere. But people know the land really well. And that’s a theme in the films: land, water and protecting it.

The films are very intimate. They cover subjects from kidney failure to being a young, single mother. How did you encourage people to open up to you?

Every community is different. I have different relationships with each one. Some are my family, some I grew up playing with. But I maintained my connections throughout four years of filming by participating in community activities and photographing events for free. For example, I went to a fishing derby night, took pictures of people having a good time and I posted those photos. So just taking photos, sharing the photos online and building people’s trust.

I remember one time we showed up and someone said ‘hey, you’re the guy who is taking photos that make our community look beautiful.’ So there’s a lot of different layers of things I did. And that’s because I care about this. I care about representation. I care about how my people are seen. I know our people are beautiful and our land is beautiful. So that’s what I wanted to show them. 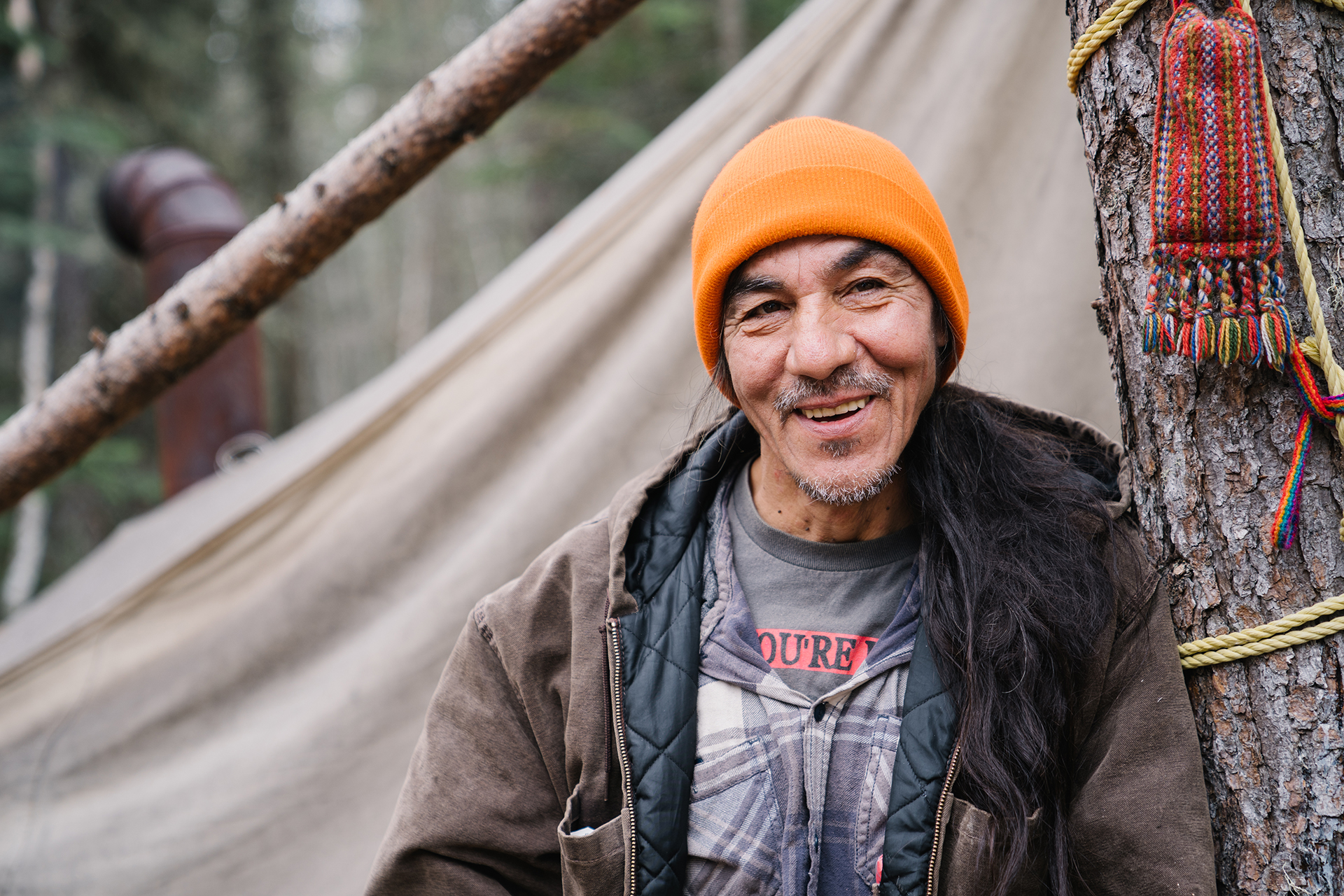 Kelvin Ramsey of Hollow Water First Nation is stationed at Camp Morningstar, erected in response to the proposal of a silica sand mine project. (Photo Credit: Jonathan Ventura)

Speaking of representation, you don’t narrate these films. In fact, your voice is absent. The narration exclusively comes through the voices of your subjects. Why did you choose to film this way instead of a more typical narrative style?

The National Film Board believes in this thing called cinéma vérité (truthful cinema). Basically, you’re just following what is happening. You’re just showing; it’s not an unfolding kind of story. It’s all about them, what they're doing, what they’re saying. And it’s an interesting way to do documentaries. There’s no host; I’m not in the shot and I’m not in the frame. And I don’t want to be in it. This is not about me. It’s about them and where they live. 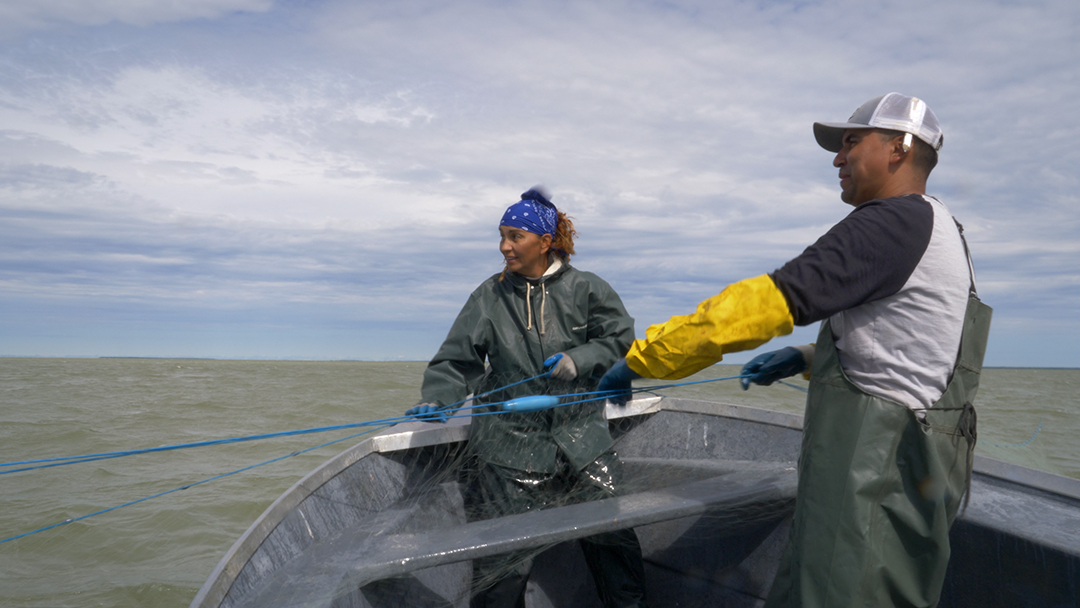 You mention that your grandmother is a residential school survivor, and therefore battled with the trauma inflicted by Christian-run institutions. Yet Christianity features prominently in the Fisher River film through Sharon, whose faith inspires her community activism. Is there a reason you chose to tackle this subject, and to talk about it in a positive light?

Christianity is a big part of all the communities on the lake. Regardless of which one, there is a history of Christianity there. And you can go anywhere and hear negative stories about Christianity and spiritual leaders, especially right now with the burials. So I wanted to show Sharon in a good light, because that’s how people see her. But I also didn’t go anywhere near talking about the negative things. I experienced that and I know what intergenerational trauma is and what its effects are. I didn’t want to make a big deal out of it because I wanted to make something positive for our community.

What was your favourite day of filming?

When we were shooting up Poplar River. After passing the 13 rapids up the river we hit the end and it opened up to Weaver Lake. When we arrived at the lake there was a storm and we were in this little canoe, smashing against the waves. And I just said “if I die, I die, whatever”. Everything was getting wet, camera included. So I just started filming, I just let go and I just felt free. So that was my favourite moment of the whole thing: arriving at Weaver Lake and just ripping around in the little canoe.

The Lake Winnipeg Project will be streamed on NFB.ca starting June 21, National Indigenous Peoples Day. Updates, trailers and more information is available on the Facebook page.

The National Film Board has been Canada’s public producer and distributor of documentaries, auteur animation, interactive stories and participatory experiences since 1939.