The former astronaut also happens to be an amazing photographer, and is using her talents to raise interest in Canada's wild spaces
By Sabrina Doyle
June 28, 2017

When Roberta Bondar went into space in 1992, becoming the first Canadian woman to see Earth while orbiting through the thermosphere, she was captivated by the planet's contoured horizon. Twenty-five years later, that fascination lives on through her photography, which often plays with the line between land and sky.

She first started experimenting with cameras as a child in Sault Ste. Marie, Ont., and her photography, like most of her life's work, balances both art and science, curiosity and creativity. Each photo is a labour of love, not to mention time.

With four photography books to her name (and a fifth on the way), she now donates many of her pictures to her eponymous charity foundation, which aims to address society's growing nature deficit.

These photos are her intimate portraits of Canada. See more in the July/August 2017 issue of Canadian Geographic. 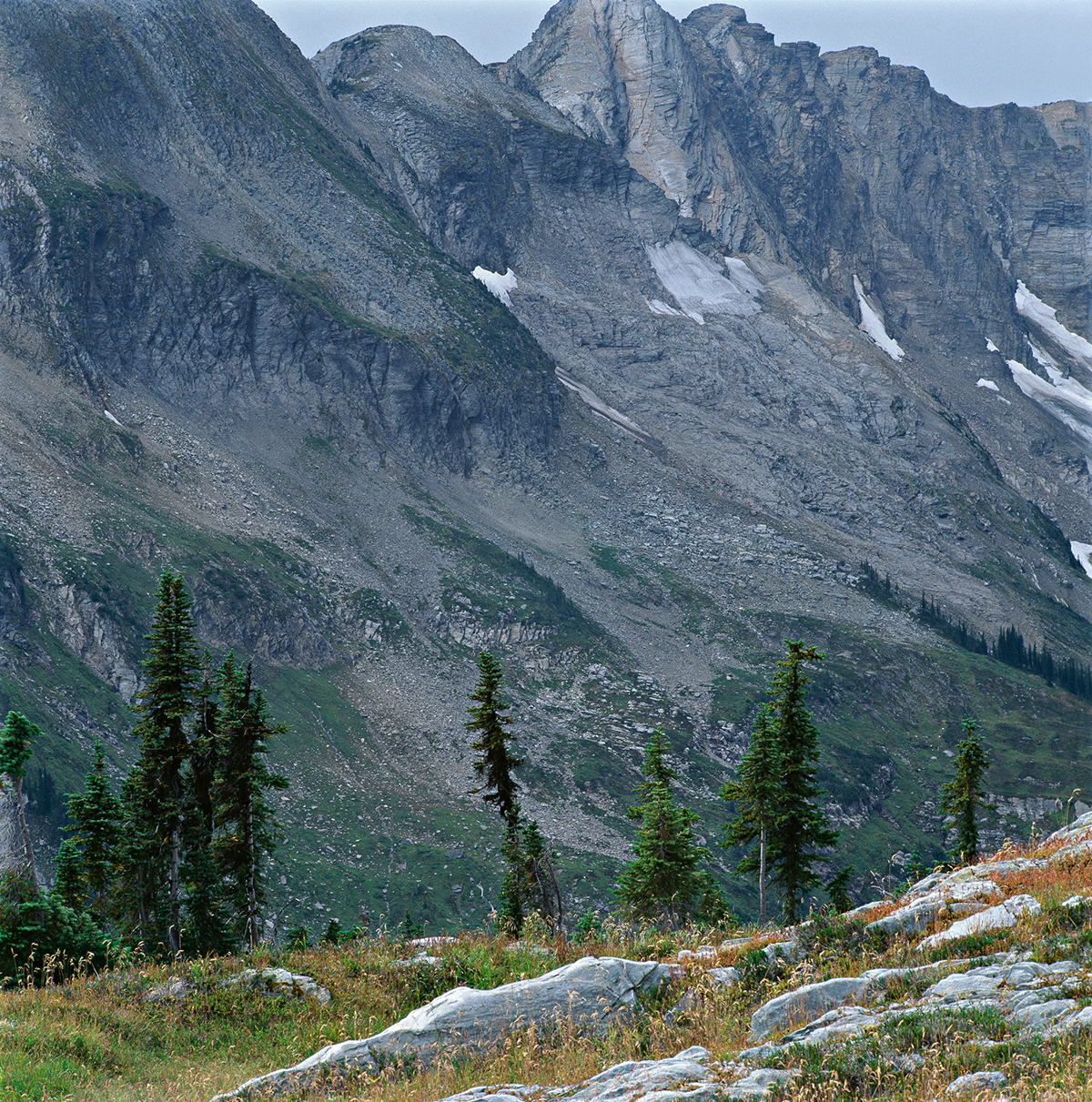 A day’s hike to and from Balu Pass in Glacier National Park of Canada is rewarded with soft patterns of green trees and grey rocks. Frequent snow avalanches cut trees in their path from the peaks to the valley floor. Fresh Grizzly tracks and ground scuffed by large paws and claws shortened the time spent exploring the pass. (Photo: Roberta Bondar) 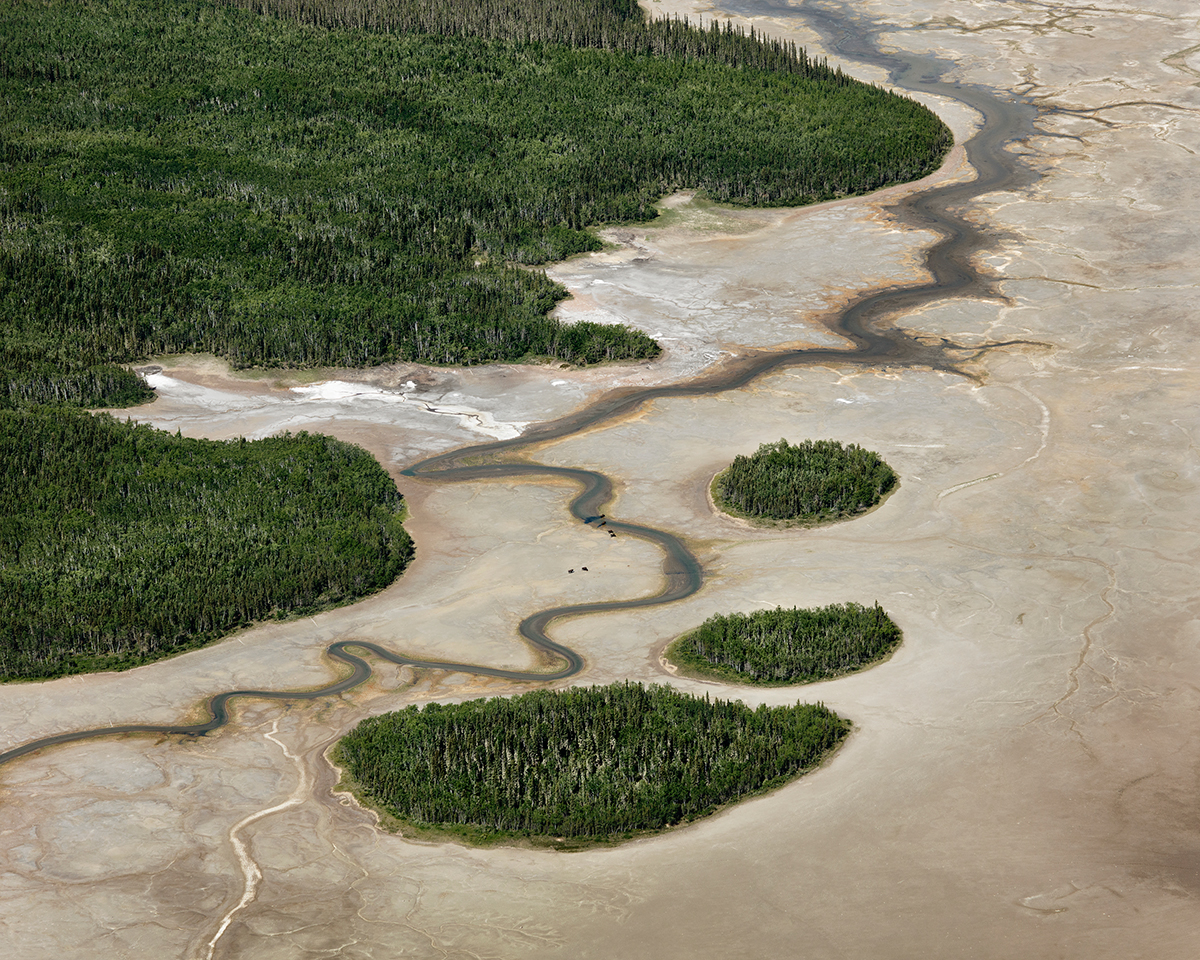 Wood Buffalo National Park of Canada, a UNESCO World Heritage Site, is home to free roaming Wood Bison that use the Salt Flats to access the sodium missing in their vegetarian diets and needed for mammalian cell functions. This aerial image was composed to show the scale of the bison, dwarfed by the elements of land, water and salt flats. (Photo: Roberta Bondar) 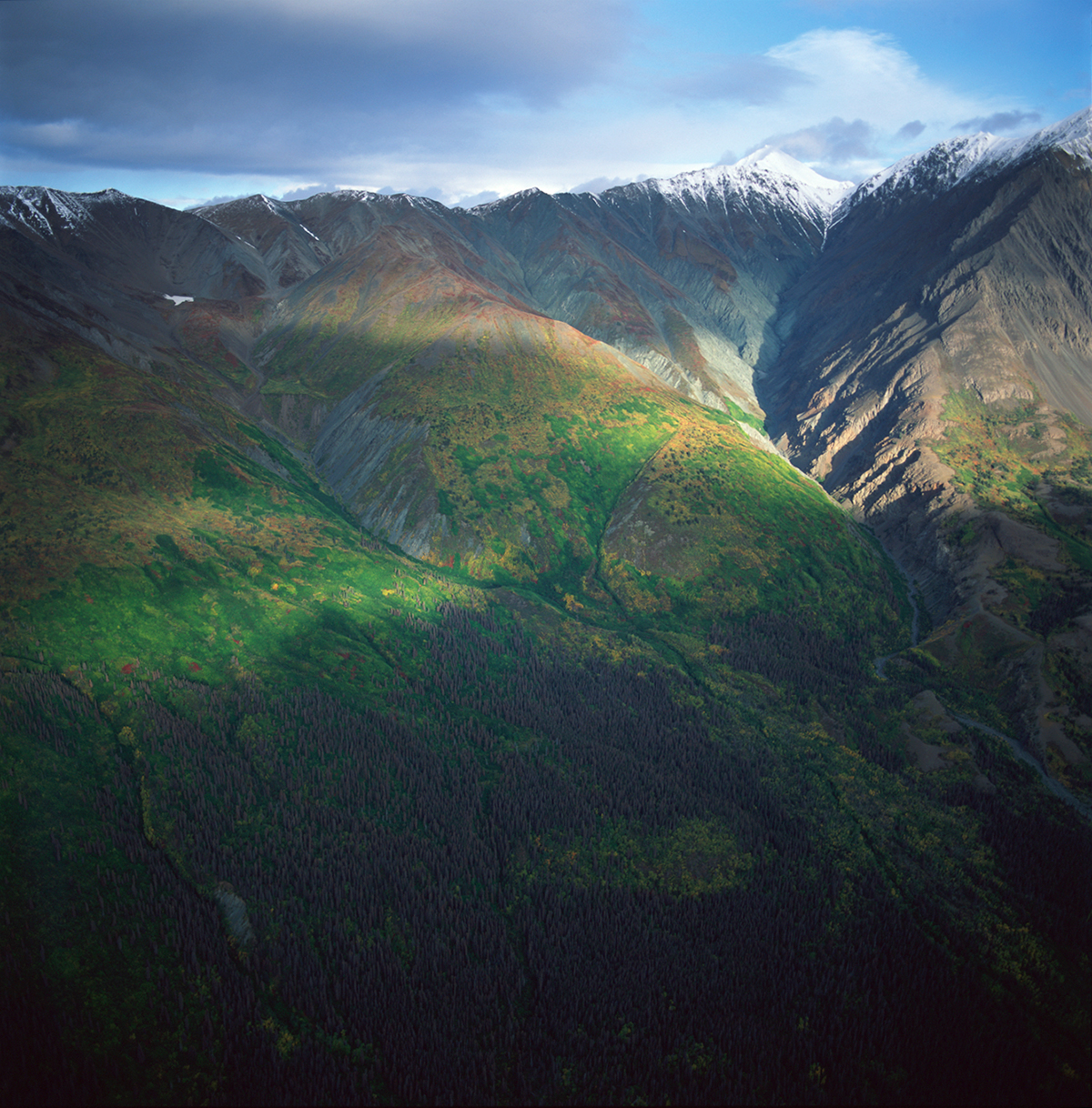 Fall colours in Kluane National Park and Reserve are lit by bands of sunlight and then quickly darkened by clouds tossed in the winds of a gusting storm. This mountain, at the upper end of Cottonwood Creek, is part of the Dalton Range in the St. Elias Mountains. The winds were strong in front of an approaching storm that prevented flight further inland. (Photo: Roberta Bondar) 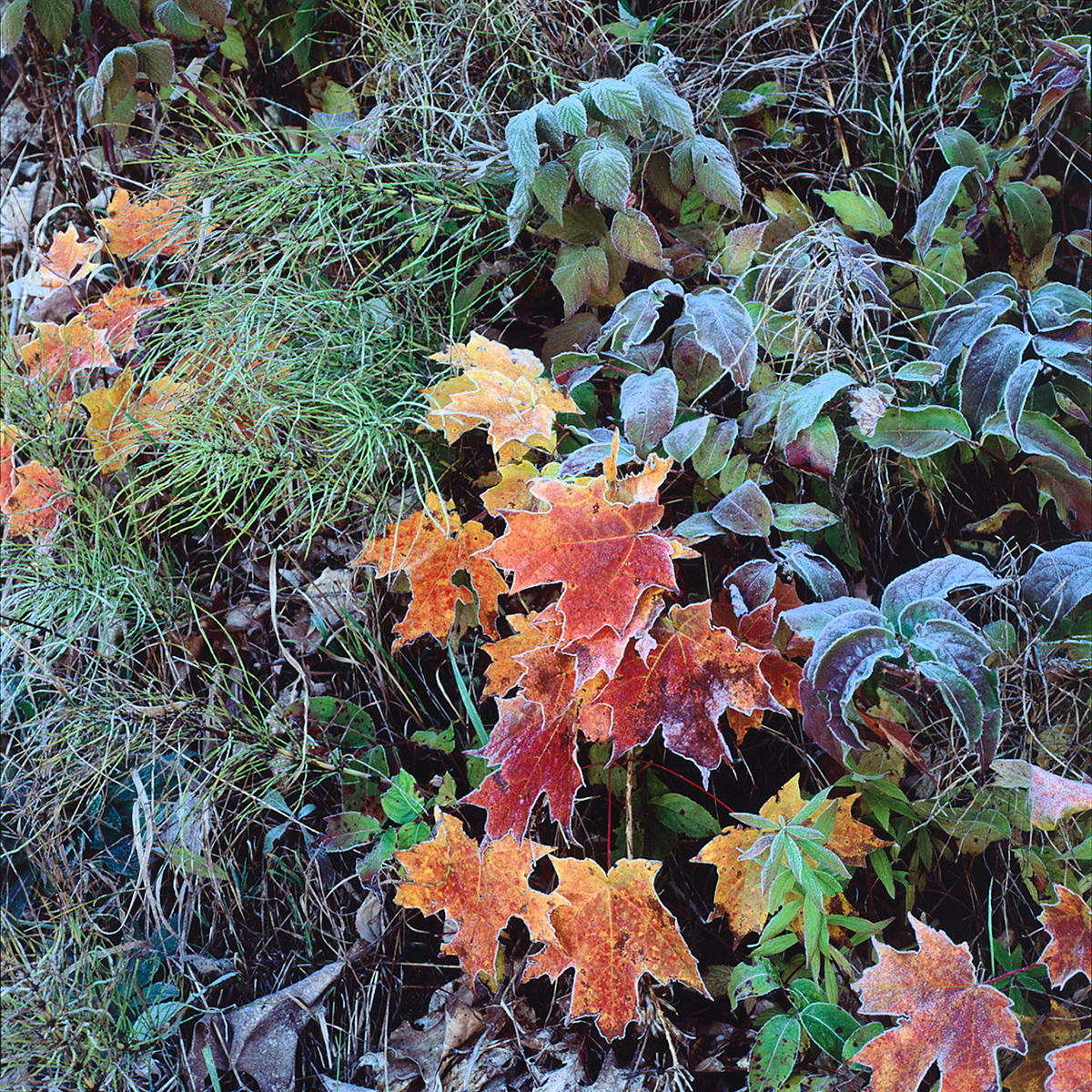 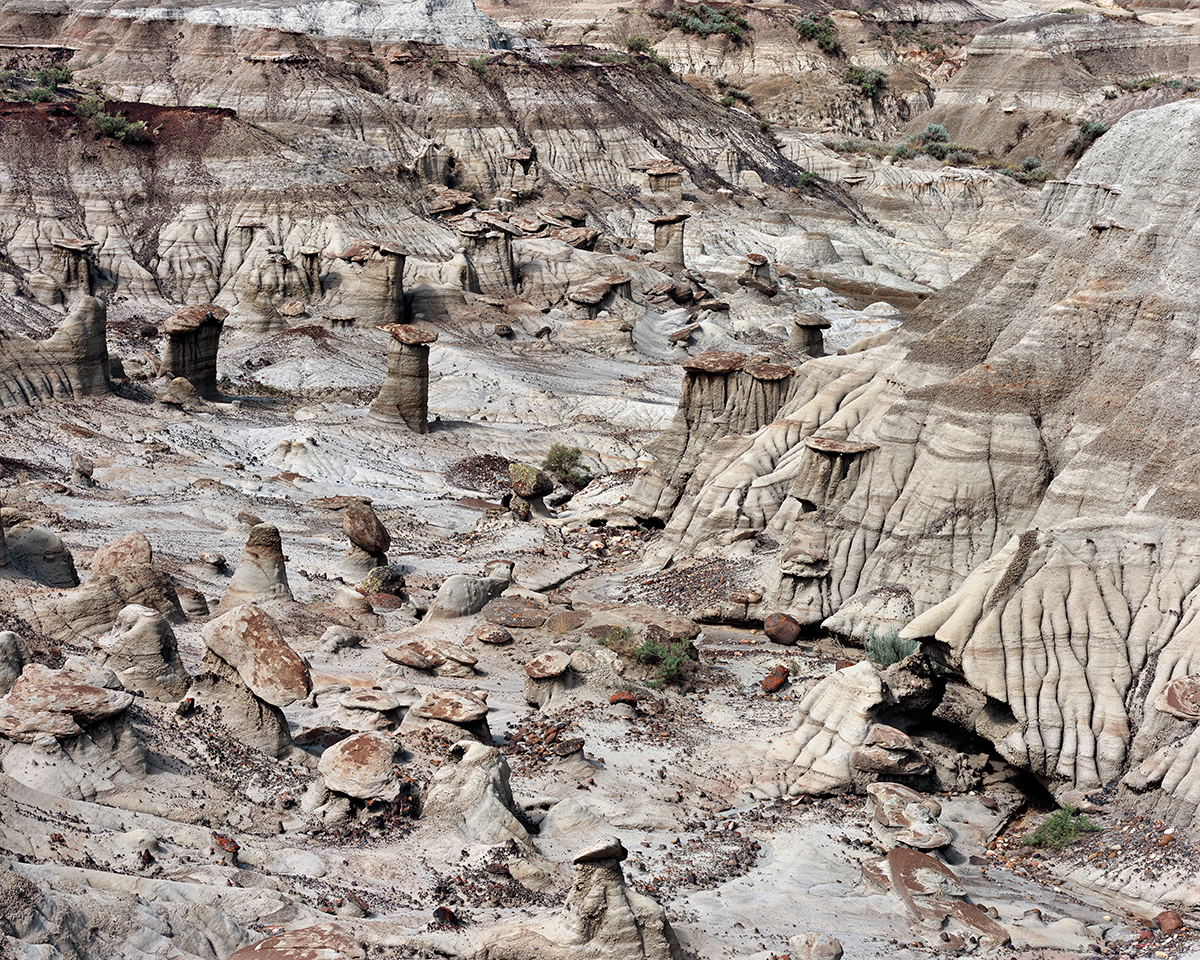 Water erosion in Dinosaur Provincial Park, a UNESCO World Heritage Site, carves rills within sandstone that can expose dinosaur remains. Iron seen in these caprocks makes a rock more resilient, eroding at a slower rate than the sandstone below. (Photo: Roberta Bondar) 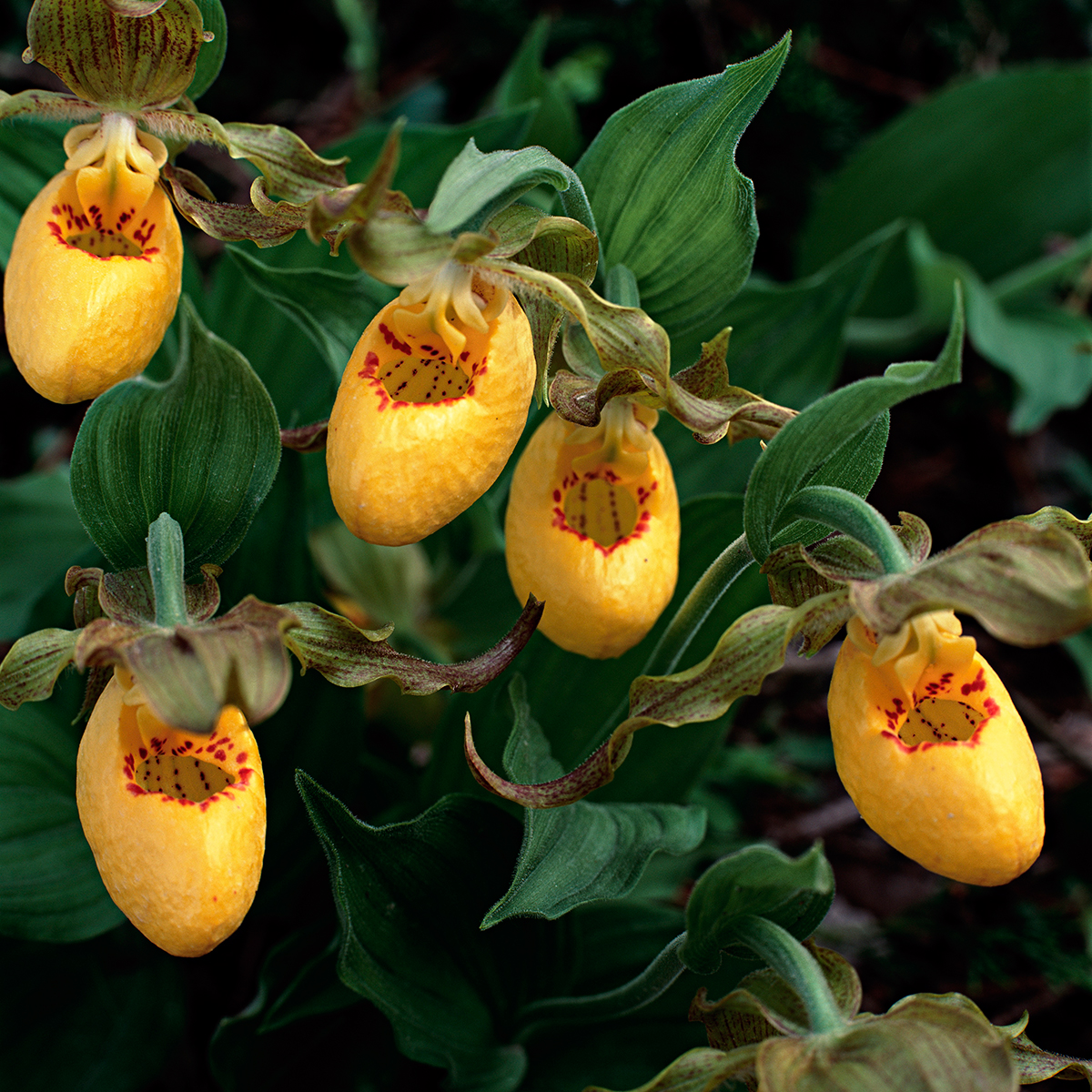 The most common of the local orchids, this beautiful yellow Lady’s Slipper is one of 34 different species found in Bruce Peninsula National Park of Canada and Fathom Five National Marine Park of Canada. They enjoy habitats with above average alkalinity due to a high percentage of calcium in the soil. (Photo: Roberta Bondar) 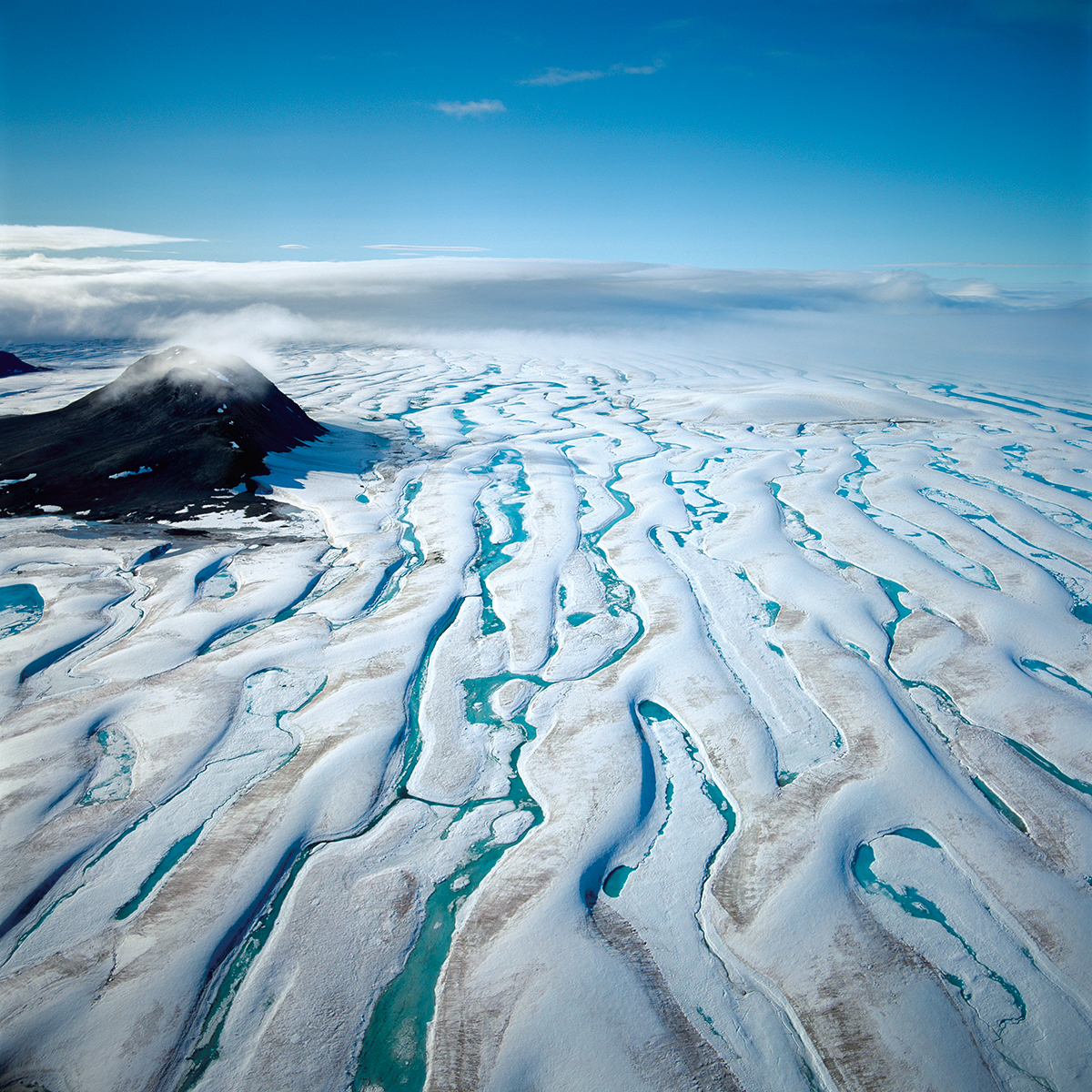 The Ward Hunt Ice Shelf is shrinking by the warming waters of the Arctic Ocean. Ten percent of the size that it was over 100 years ago, this fresh water ice shelf on the north shore of Ellesmere Island holds rivers of turquoise acidic water ice melt teeming with microscopic biodiversity that dies when the meltwater drains into the saltier ocean water below. (Photo: Roberta Bondar) 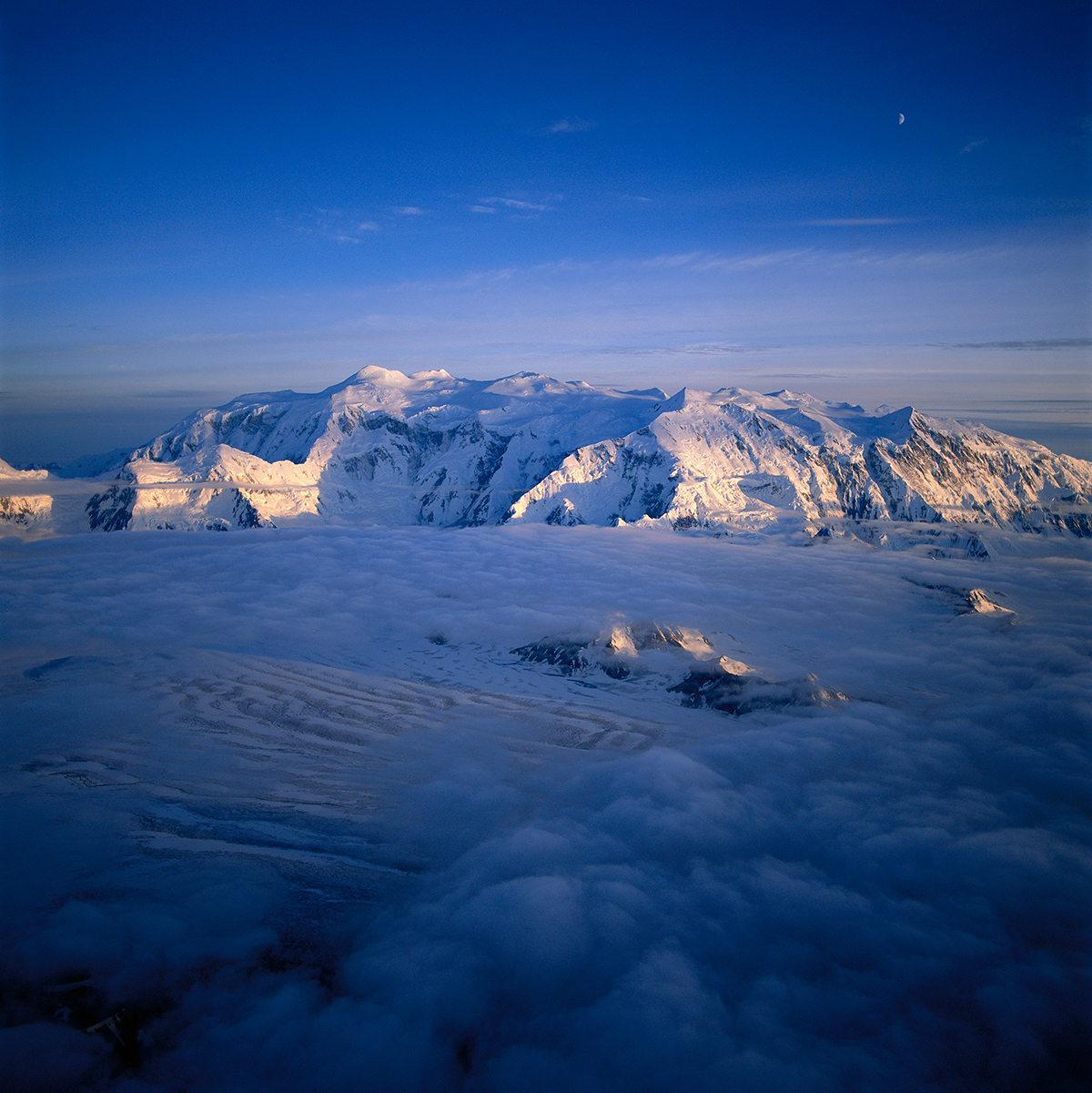 Mount Logan is Canada’s highest mountain at 5959 metres and the world’s greatest in girth. This image was taken on the eve of the 30th anniversary of the Apollo landing on the Moon. I was shooting from the Earth to the Moon with the same camera type as the astronauts were shooting, from the Moon to the Earth. (Photo: Roberta Bondar)

The vast pink granite of the Canadian Shield in Pukakswa National Park of Canada is one of the oldest rock formations on our planet. Powerful storms blow in with little warning across this great lake, pounding the shoreline and testing the resilience of trees that find nourishment in the crevices. (Photo: Roberta Bondar)

Quittinirpaaq National Park of Canada contains the most northerly lands in Canada and constitutes a true polar desert with only 60 mm of precipitation per year. From Tanquary Fiord, this magnificent view looks toward the Grant Land Mountains with the Per Astra Ice Cap on the left and the Viking Ice Cap on the right. (Photo: Roberta Bondar)