The change is to transform the way decisions about fishing, shipping, resource development and more are made across the enormous northern region defined by the traditional Inuit homelands
By Nick Walker
October 26, 2018

The federal government is changing the way the North is managed — developed, patrolled and protected, transited and fished — by creating a new standalone “Arctic Region” and putting Inuit and other northerners at the centre of decision making. The enormous region will now be managed collaboratively by Fisheries and Oceans Canada, the Canadian Coast Guard, northern communities and Inuit leadership. While the reorganization is in its early stages, its administrative borders will largely adhere to the shape of Inuit Nunangat (the traditional Inuit homelands), an area that encompasses millions of square kilometres of Arctic Ocean and more than half of the nation’s coastline.

Jonathan Wilkinson, Minister of DFO and the Canadian Coast Guard, and Natan Obed, president of the national Inuit representational organization Inuit Tapiriit Kanatami (ITK), made the announcement in Iqaluit on Oct. 24. This is the first time government departments have been restructured in such a way that they focus on northern issues and are guided by northern communities and Indigenous groups, and the scale of the cooperatively managed area is also unprecedented in Canada.

Minister Jonathan Wilkinson (left) and ITK president Natan Obed announce the creation of the Arctic Region at the Legislative Assembly of Nunavut, in Iqaluit, earlier this week. (Photos: Department of Fisheries and Oceans)
“It was time for this to happen for a whole number of reasons,” says Wilkinson. “We increasingly recognize that the North has always been a unique place, but there are a lot of emerging issues, such as the impacts of climate change, already demanding more careful thought.” That directly relates to the increasing ability of ships to transit the Arctic, he notes (which in turn raises questions about the inevitable increase in the need for search and rescue operations, or the ability to respond appropriately to pollution incidents) and to Canada’s Arctic sovereignty. “Indigenous Peoples are integral to how we will deal with these emerging issues.”

The change is a signal by the federal government that it’s time to end the era during which people in Ottawa made decisions on policy, resource management and conservation on behalf of people in the North. “The way governments historically have dealt with the North just hasn’t worked well,” says Wilkinson. “These decisions should be made in the North, in collaboration with territorial governments, but also very particularly with Indigenous communities and Indigenous leadership. And for much of the Arctic, that is the Inuit.”

A major thrust behind the creation of the new region was advancing Reconciliation by continuing to pursue a renewed relationship with Inuit and other Indigenous Peoples based on recognizing rights and the unique needs of different groups and communities, on respect, cooperation and partnership.

“Inuit Nunangat is a distinct geographic, political and cultural region that includes the Inuvialuit Settlement Region (Northwest Territories), Nunavut, Nunavik (Northern Quebec) and Nunatsiavut (Northern Labrador),” explains Obed. “We welcome the creation of a new Arctic Region that is inclusive of these regions and the specific policy needs of Inuit — and that is staffed by Inuit.”

The creation and redivision of the Arctic Region will be implemented in phases, and has already begun with the hiring of new DFO regional director general Gabriel Nirlungayuk, who will be based in Rankin Inlet, Nunavut, and a new assistant commissioner of the Coast Guard, Neil O’Rourke, who will be based in Yellowknife. Both were hired with input from regional Inuit leaders, and will work with them and other residents of the North to define the borders of the new management areas and the activities carried out across them. 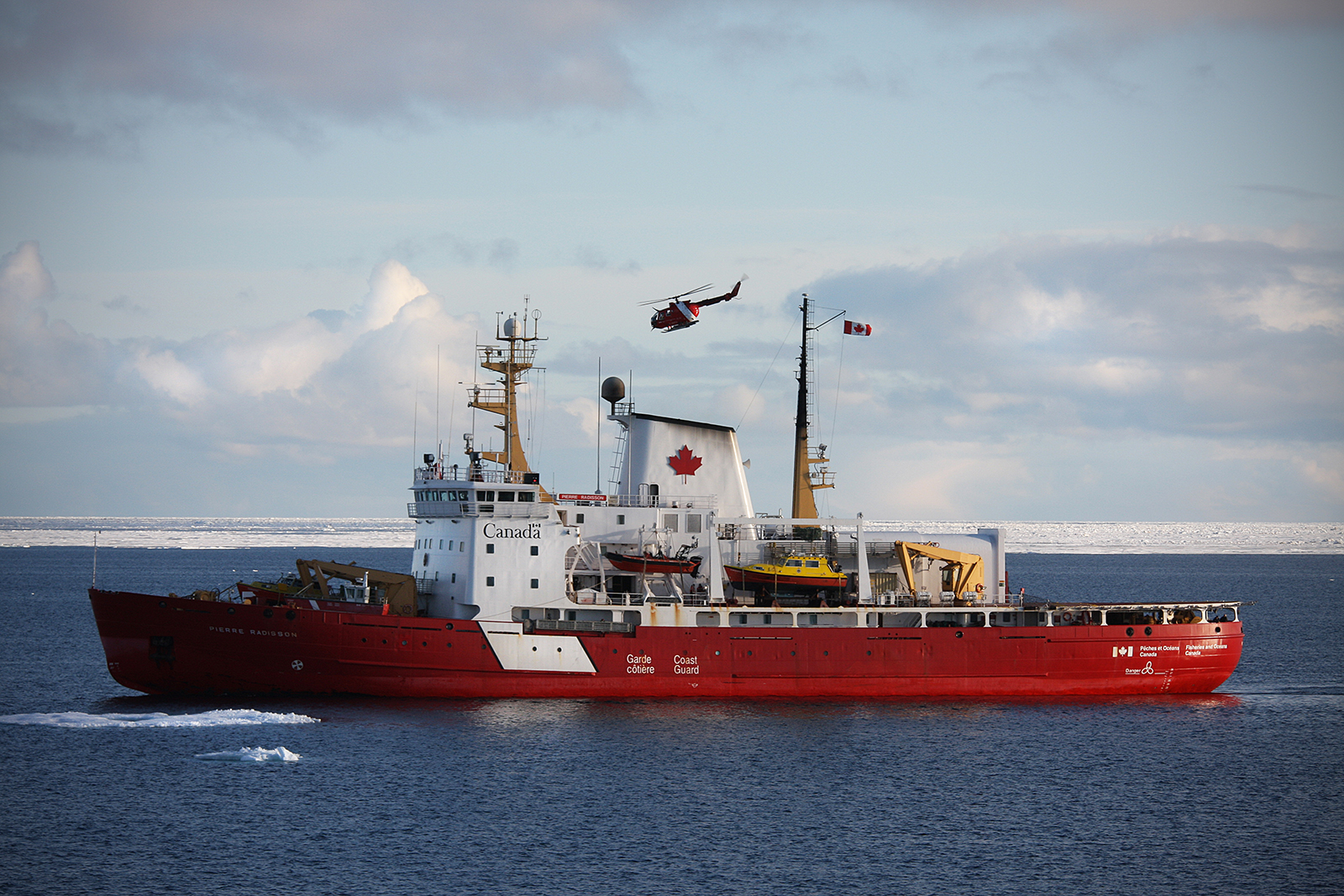 The CCGS Radisson in the central Canadian Arctic. Emerging issues such as the impacts of climate change are quickly changing how the coast guard and other institutions deal with ship traffic, research, resource development and more across the North, and Inuit are integral to managing the associated challenges. (Photo: Nick Walker/Can Geo)
While at this stage the agreement focuses on the jurisdictions of DFO and the Coast Guard and not other ministries, the issues covered by these institutions are of particular relevance to people in the North, the vast majority of whom are spread across more than 50 coastal communities, from Nain, Labrador to Iqaluit to Tuktoyaktuk, N.W.T.
“We will be able to demonstrate over time that this change makes sense,” says Wilkinson, “and will allow us to build a stronger Arctic and a stronger Canada.”