Watch the award-winning Canadian watercolourist paint the landscapes and wildlife of Antarctica
By Harry Wilson
April 4, 2018

In the spring/summer 2018 issue of Canadian Geographic Travel, available across Canada April 16, David McEown, artist-in-residence with One Ocean Expeditions, discusses what it’s like to work in the Antarctic. Watch McEown at work as he captures in watercolour vast colonies of penguins, shimmering icebergs and stark expanses of snow and rock, then read about and see his three favourite paintings from the continent.

A dramatic sky and snow squall lifted to partially reveal the Gerlache Strait and the shape of iconic Cuverville island, which I captured in a few watercolour marks. Those marks at the top left were created by blowing snow, which added its signature to the painting. 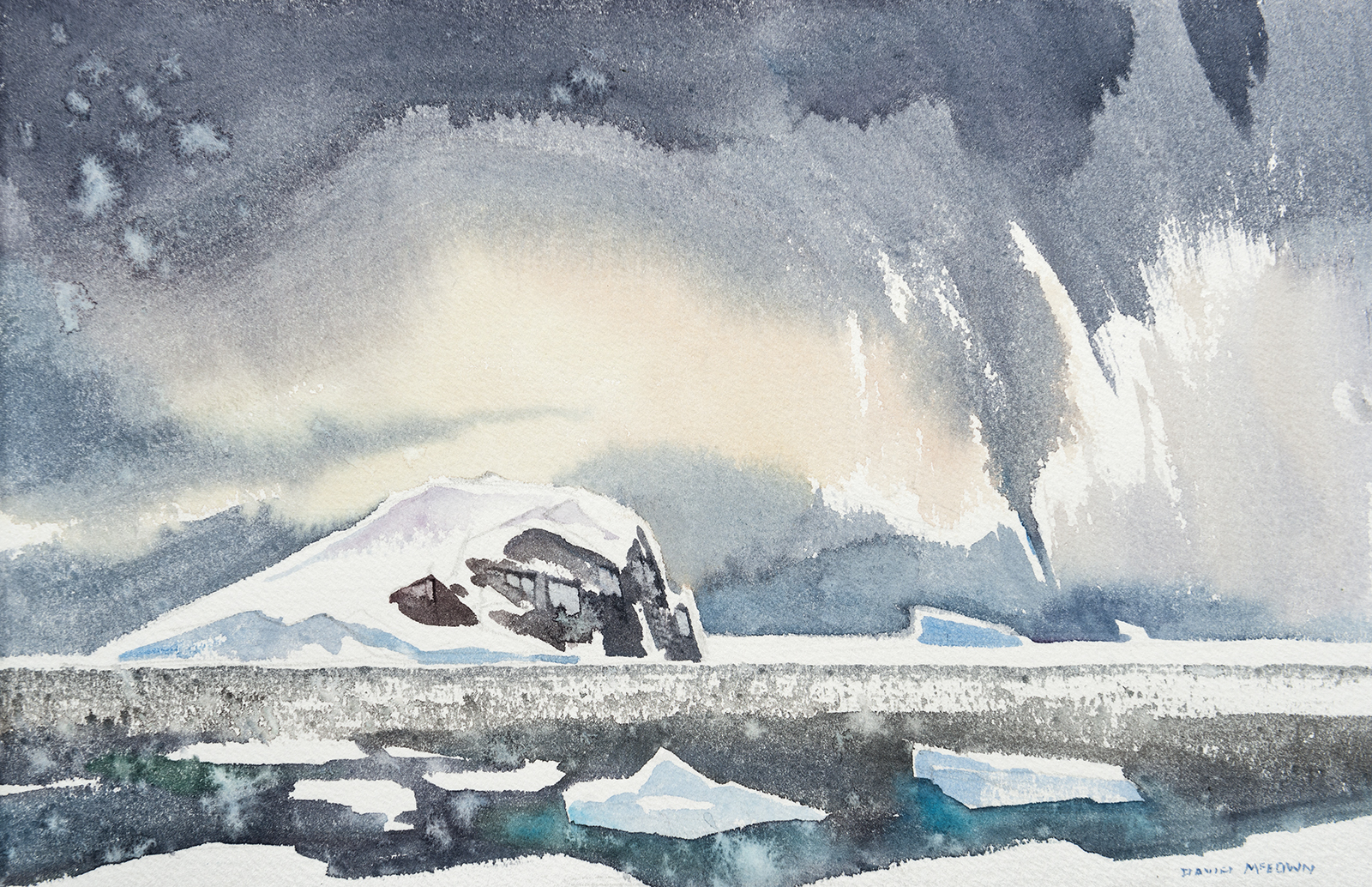 Conditions were ideal for a rapid series of paintings done on the deck of the ship. There was a partial eclipse of the sun poking through a storm, and the combination of expressing that surreal light and the having that flash-freeze effect on the paint was a career highlight.

The Gathering at Gold Harbour

Painting is often a synthesis of all of a session’s highlights, and there were many this day, from the mist shrouding the hanging glacier to the perfectly positioned pair of courting king penguins in the foreground.