By protecting local waterways, the arapaima’s population has already seen a 30-fold increase in the last 10 years
By Samantha Pope
October 9, 2020

With a length of three metres and a weight of 200 kilograms, the arapaima is the largest scaled freshwater fish in the world. It is an important source of food for the people of Amazonia, though due to overfishing, habitat loss and other human impacts, it is close to extinction.

Now, a young Brazilian conservationist is fighting to save it, and consequently, the livelihoods of local communities who depend on this fish to survive. He’s doing so by empowering those communities to protect and manage their waters.

“If we want to ensure a sustainable and brighter future for Amazonia, we need to try to connect biodiversity conservation, social needs and people’s well-being,” he says. 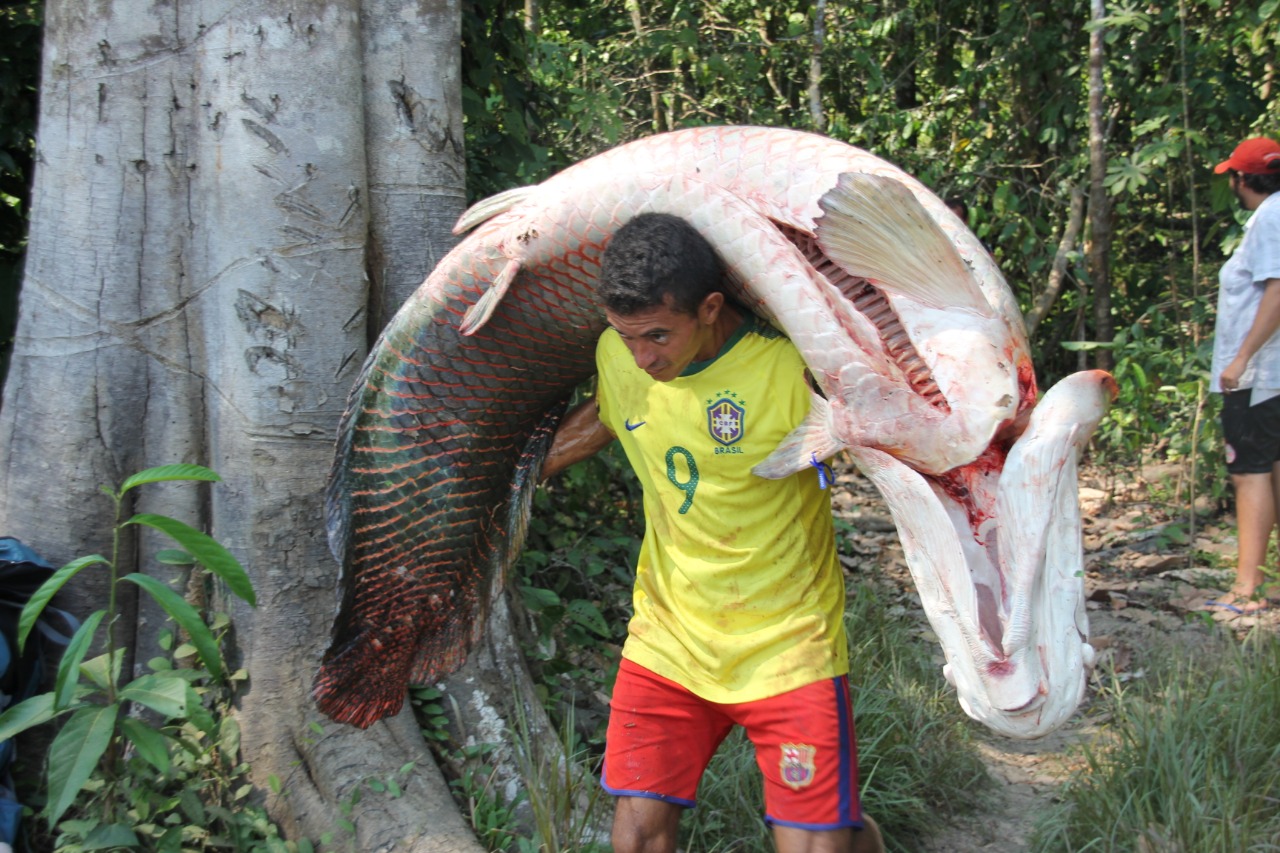 By closing small, river-connected lakes to fishing and careful fishery management in the Juruá River, there has been a 30-fold recovery in arapaima numbers over the last decade. (Photo: Carlos Peres)

For more than 10 years, João Campos-Silva has worked with fishing leaders and local associations to increase arapaima populations and stipulate the local economy. Last year, Rolex presented Campos-Silva with an Enterprise award for his commitment, passion and dedication towards this project.

The number of arapaima in the Juruá River in western Amazon has increased 425 per cent -— a 30-fold increase-—in 10 years.

To protect their waters, people living along the Juruá River built wooden houses at lake entry points along the river, allowing them to monitor their protected waters and engage in careful fishery management 24 hours a day. By making conservation a priority, these communities have benefited in more ways than one.

“The ecological outcomes from this model is really impressive,” Campos-Silva says. “It's not only the arapaima that have been benefiting but also many other species including giant otters and black caimans. So it's a very interesting and effective strategy to ensure protection of biodiversity.”

At the same time, this model has been inducing a huge social transformation within the communities. The arapaima’s recovery has increased the number of fish that are caught, meaning each lake now potentially yields an average of $12,000 CAD in extra annual income.

Saving the arapaima has also contributed to reducing gender inequality in the Amazonia, adds Campos-Silva. Women have always been involved with fisheries, but the income always went to the husband. In this model, women receive their own income and can earn a living through professional fishing. 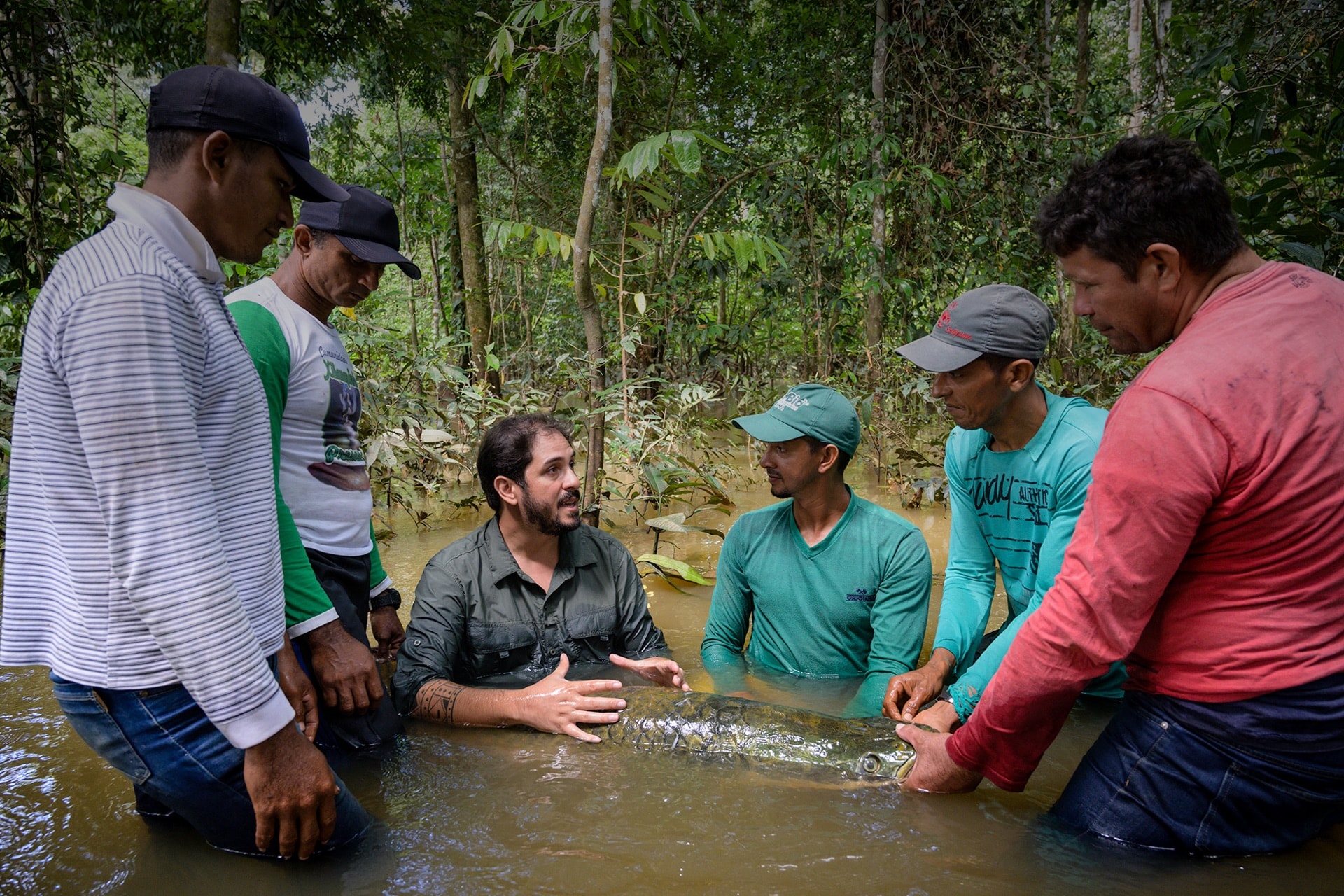 By working with communities along the Juruá River, Campos-Silva says the arapaima population can recover and the local economy can thrive. (Photo: Marc Latzel)

Now, Campos-Silva says his plan is to extend this model beyond the protected areas, scaling up to include 60 other communities along 2,000 kilometres of the Juruá River. By doing so, he says he hopes to increase arapaima populations fourfold in three years.

“People are very excited to establish this project in their communities,” he says. “It's very interesting to watch people [start to] understand that they need to protect biodiversity in order to improve their lives.”

For Campos-Silva, there are many things that drive him to keep doing this conservation work. He says one of them is the love he has for Amazonia, as it never ceases to astonish him with its beauty and culture. In order to keep it this way, he says, people need to include local peoples in conversations about conservation.

“The arapaima is a very inspiring model,” he says. “It builds optimism and hope for us that we really can align biodiversity conservation and human wellbeing.” 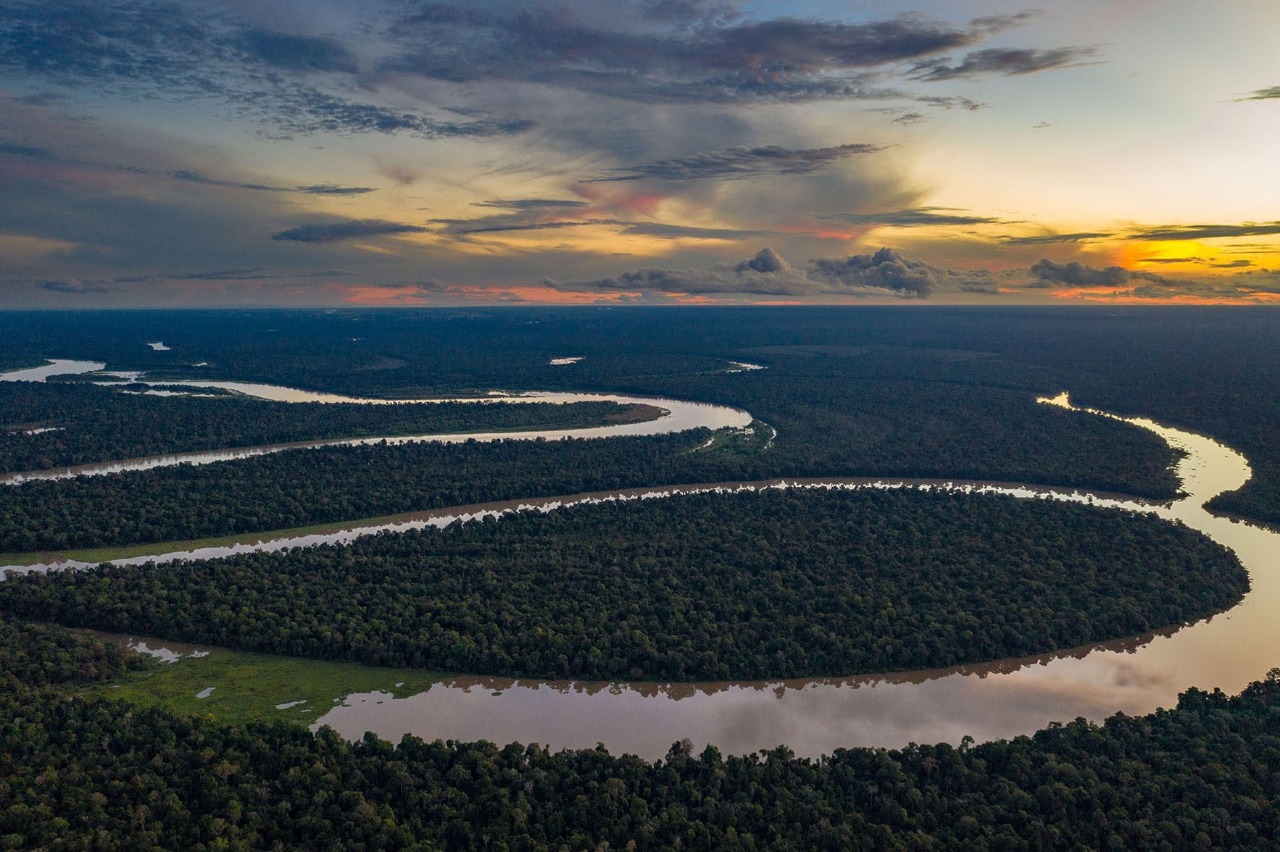 Next, Campos-Silva plans to extend the conservation plan to 60 communities spanning across 2,000 kilometres of the Juruá River in the western Amazon. (Photo: Marc Latzel)