Commuting via canoe: A Canmore teen’s two-month trip to work

15-year-old Zev Heuer spent more than two months paddling from his home in Canmore, Alberta, to his summer job in Missinipe, Saskatchewan
By Samantha Pope
July 13, 2020

It wasn’t a typical commute to work.

With a paddle in hand and his destination in mind, 15-year-old Zev Heuer set out in a canoe with his dog on May 1 to his summer job more than 2,000 kilometres away. From Alberta to Northern Saskatchewan, the teen’s nautical journey led him around towering mountains, through winding forests and along rolling prairies.

On June 29, Heuer reached his summer job at Churchill River Canoe Outfitters with a tale to tell. Canadian Geographic spoke to Heuer about the challenges he faced, views he saw and memories he made.

On what inspired him to take the long route to work

I’ve driven from Canmore to Missinipe many times before and I’ve always felt like I’ve teleported from one place to another because of the stark change in landscape. I’ve always found it fascinating that the route we drive along is also connected by rivers — it’s easy to forget that rivers were the main way people travelled here a long time ago. When you are out paddling out on the water, you really feel like you are living in a different time.

In 2009, my family did a 5,000 kilometre long canoe trip across the country that my mom made into a short documentary called Finding Farley. Spending so much time in a canoe growing up definitely helped me prepare for this trip. I had the idea to canoe this route for a while, so when my school went online in March because of the COVID-19 pandemic and I was able to finish my school work early, I thought it was the perfect time to make it happen. I figured it would be the only chance I’d get to do it while I’m young. 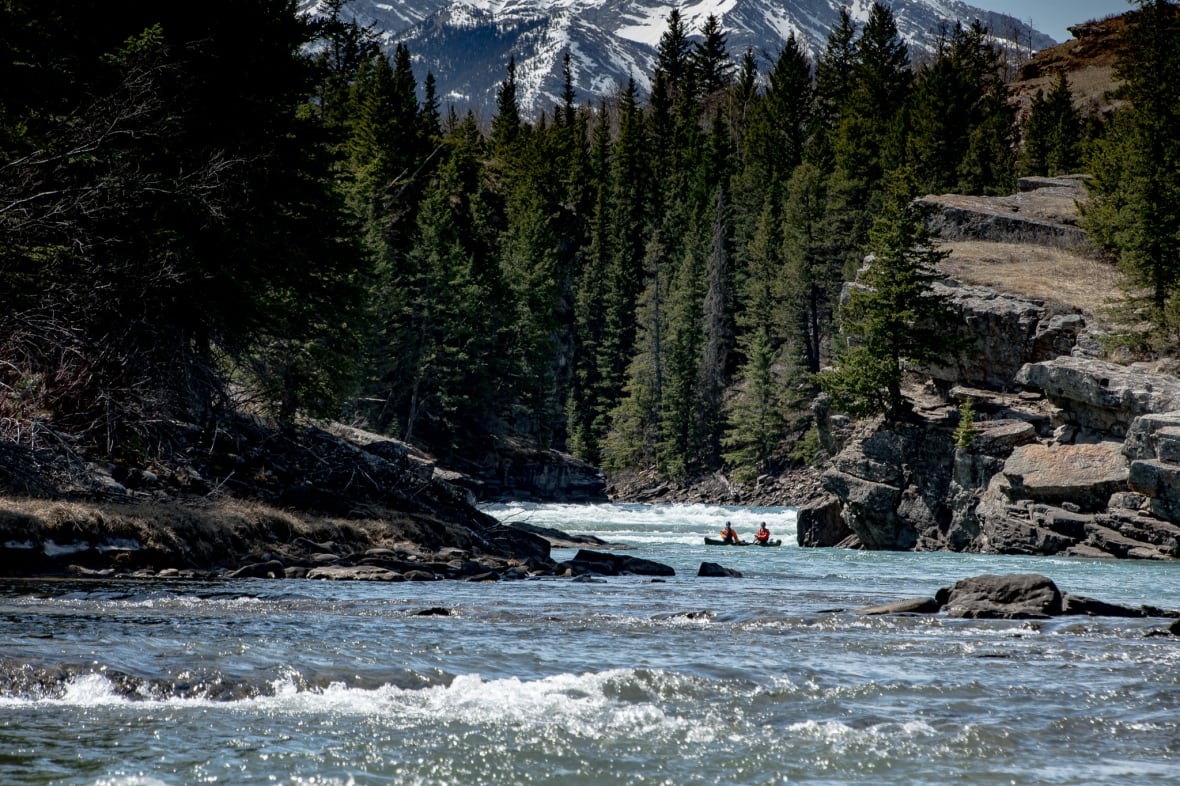 On the preparation that preceded the trek

The meal preparation process which took me about three weeks while I was finishing up school. I made large pots of four dinners and four breakfasts and I dehydrated them all so they were light and fit well in my pack. I started my trip with jugs of water and by the end I was filtering the water, but I was never short on food during those months. 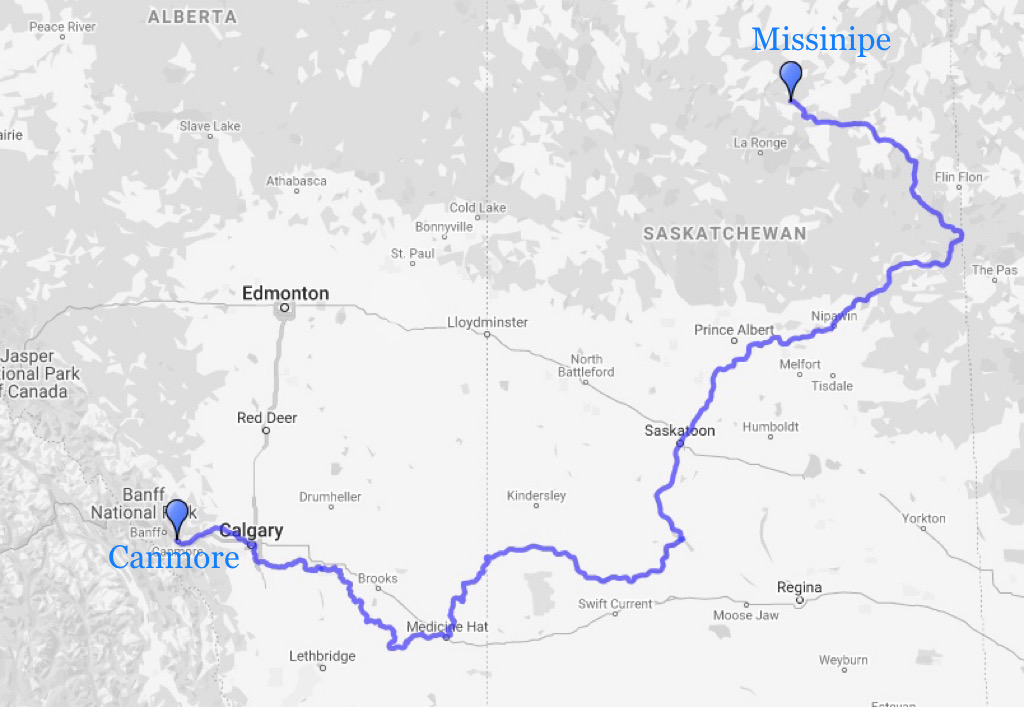 I paddled the first section up to Calgary with my dad and a few friends from Canmore, but then after that it was just me and my dog, Blaze. My dad met up with me during some parts of the trip, like at Lake Diefenbaker and during the last stretch from Nipawin, but the majority of the trip was on my own. It was scary at first and I felt uneasy — I was constantly holding my breath for something to go wrong.

For the first few days, the wind was very strong so I was often ripping down the river very fast.  With every bridge I passed under I wanted to call my parents to get a ride home, but then suddenly the landscape changed from forest to prairies. Something about the landscape changing made the trek feel friendlier and more comforting, so I pushed through and kept paddling. 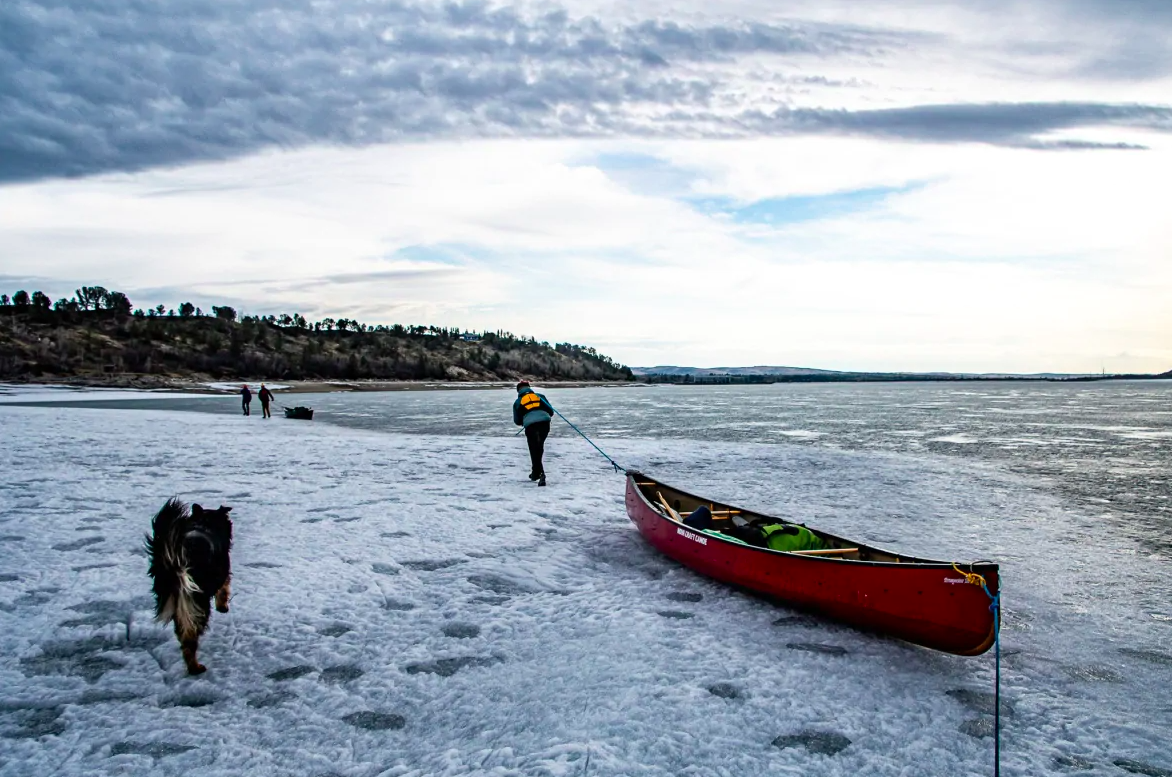 Zev Heuer pulling along his canoe across ice as his pup trots along behind him. (Photo: Karsten Heuer)

On overcoming challenges along the way

When the North Saskatchewan River joined the South Saskatchewan River, it became trickier to find a place to set up camp along the river as there was lots of mud, fallen trees and icy river banks that were taller than me. I also spotted a bear earlier in the day that swam across the river, but I didn’t have any bear spray with me because it got mixed up while I was repacking my bag with my dad.

When I pulled up to the shore to go check out the spot more, I must have not hauled up my canoe and gear far enough because when I turned around it was floating back out into the water. I had to frantically run out into the water waist deep, but I was luckily able to pull it back to shore before it was swept away by the current.

Though this was definitely a hiccup in my trip, the overarching challenge I had to face over the two-and-a-half months was learning to be okay with being on my own. When nobody is there to talk to you, you can start to wonder if what’s around you is even real. It felt pretty bizarre at times, but I just took it day by day.

On finally making it to Missinipe and what lies ahead

It felt really good to finally finish the trip in late June, but I also felt a little sad because I had been paddling for over two months and adapted to the lifestyle and routine of cooking, eating, sleeping and paddling. At the beginning I felt like I wanted to quit, but by the end I felt like I could have kept going. Though I wouldn’t do this trip again because of the length of the route and the time it took to prepare for it, I really enjoyed being out on the water and experiencing the Canadian wilderness. 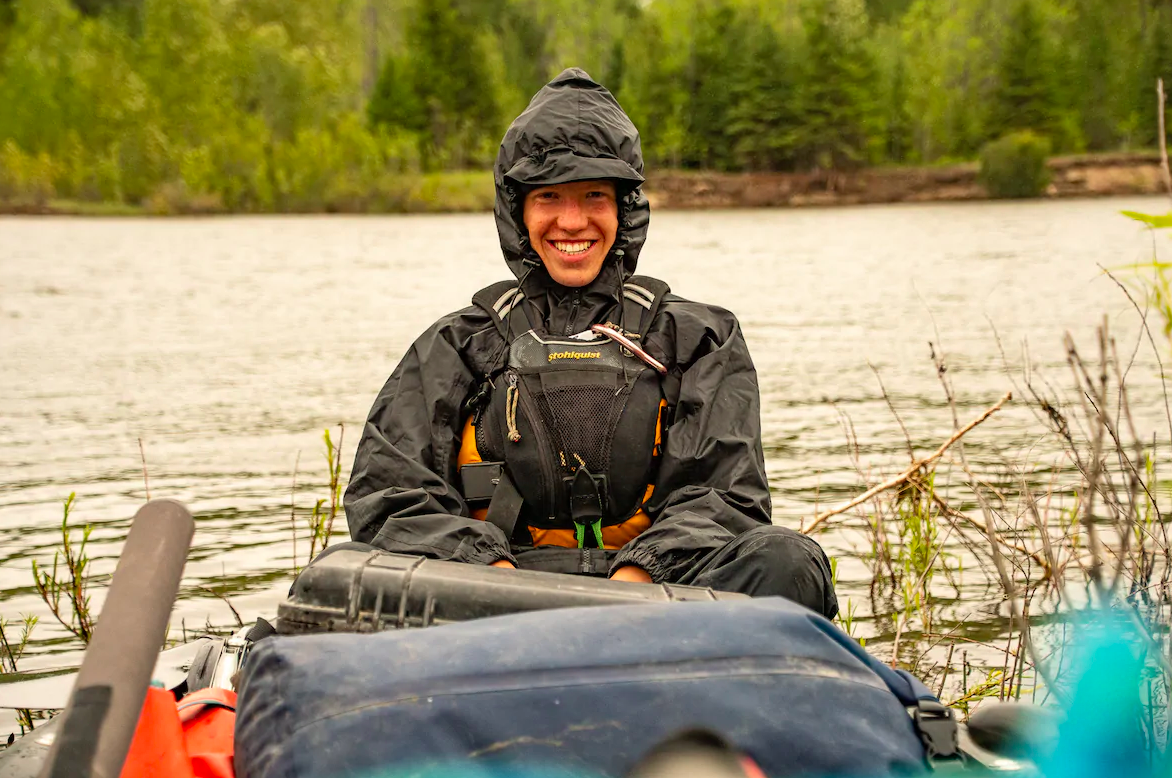 Heuer will be working at Churchill River Canoe Outfitters for the next two months before he heads back to school in the fall. (Photo: Karsten Heuer)