Celebrating 25 years of the Canadian Geographic Challenge with Alex Trebek

Fellows, explorers and past Challenge champions gathered at 50 Sussex to honour Alex Trebek and launch this year's Challenge
By Laura Byrne Paquet
October 7, 2019

Since 1995, the national geography bee, formerly the Great Canadian Geography Challenge, has reached more than two million students. John Trites, an educator, RCGS fellow and a former member of Can Geo Education's executive committee, and Dickson Mansfield, an educator and RCGS fellow, helped the Society develop the contest to spark a lifelong love of geography among elementary and secondary school students. In recent years, the Challenge has grown to include three levels of competition, the last of which offers older students an opportunity to compete at the International Geography Olympiad.

Inaugural Challenge winner Cameron Barr, now a family doctor in Edmonton, was among the 11 current and former champions on hand to toast the anniversary. He was drawn to the first competition, because “I’ve always loved learning about the world. I still do.”

Anzo Nguyen, the 2015 champion, agreed.  “Since I was a little kid, I’ve really liked looking at maps,” said Nguyen, who is now studying neuroscience at the University of Calgary.

As well as hosting many of the Challenge’s competitions over the years, Trebek has donated to the Society to ensure the competition could host a live national final. “Competitions…are always more exciting when there are people clapping and cheering,” he noted.

Trebek remarked that people who understand geography have a key role to play in helping societies address environmental issues. “We live in a period now of crisis for our planet, and it strikes me that geography is even more important now than it has ever been.”

Registration for the 2020 Canadian Geographic Challenge is open now. 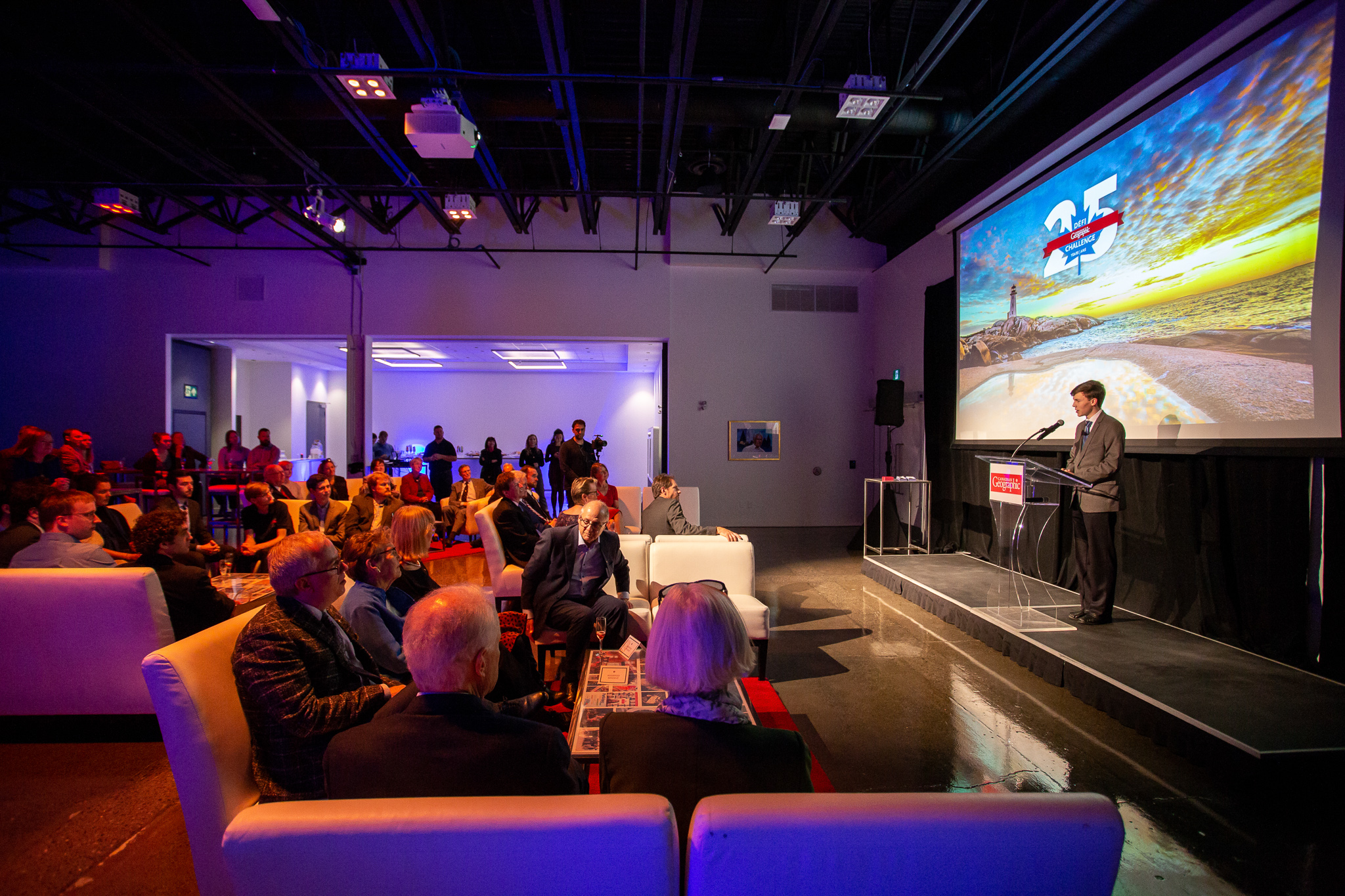 The kickoff for the 25th year of the Challenge took place in the Alex Trebek Theatre at 50 Sussex, the headquarters of The RCGS. (Photo: Ben Powless/Canadian Geographic) 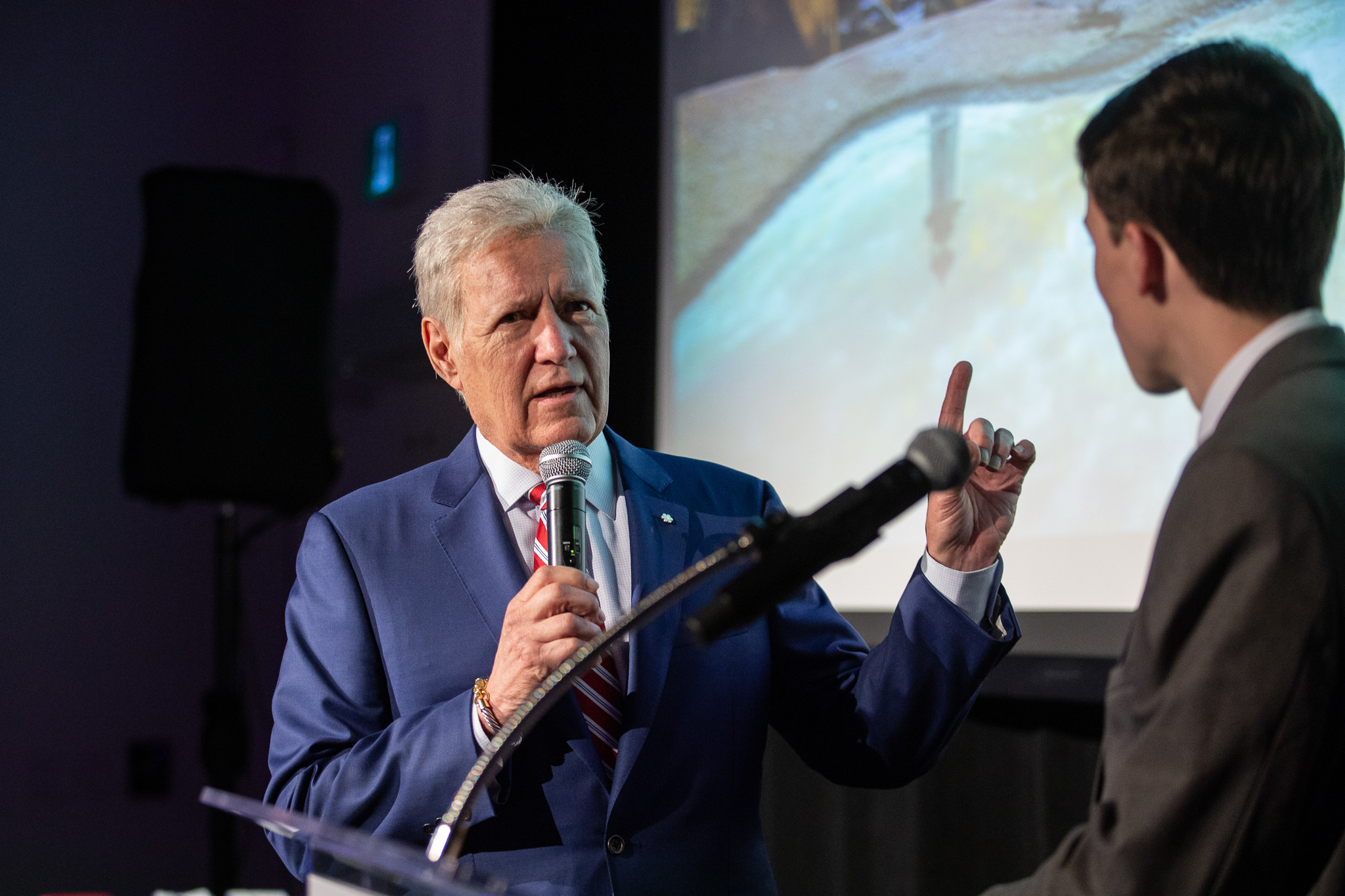 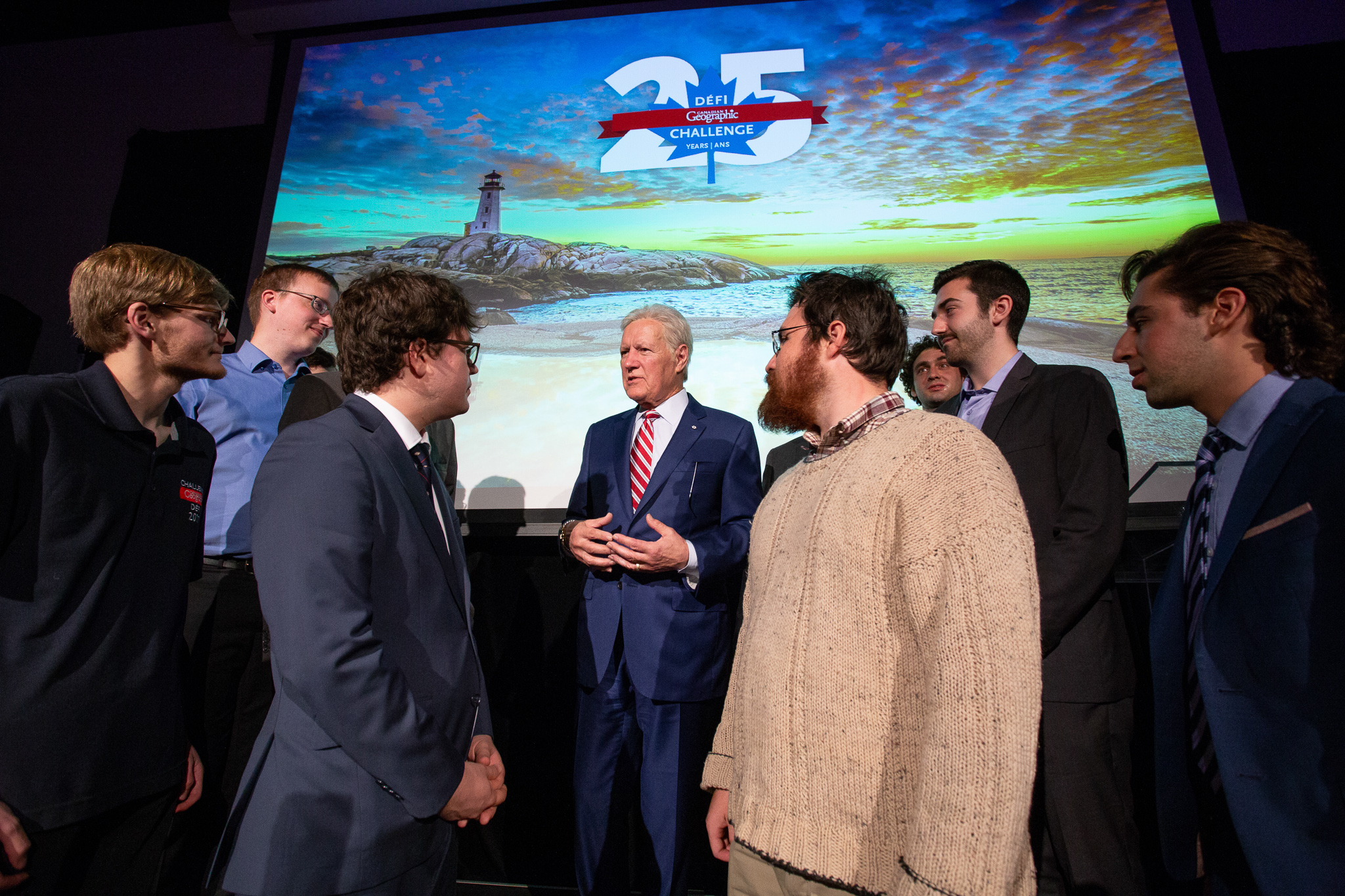 Challenge champions came from as far as British Columbia for the event and had an opportunity to talk with Alex Trebek, who has previously hosted the national round of the Challenge and even seen some of the champions compete at international events in the United States. (Photo: Ben Powless/Canadian Geographic) 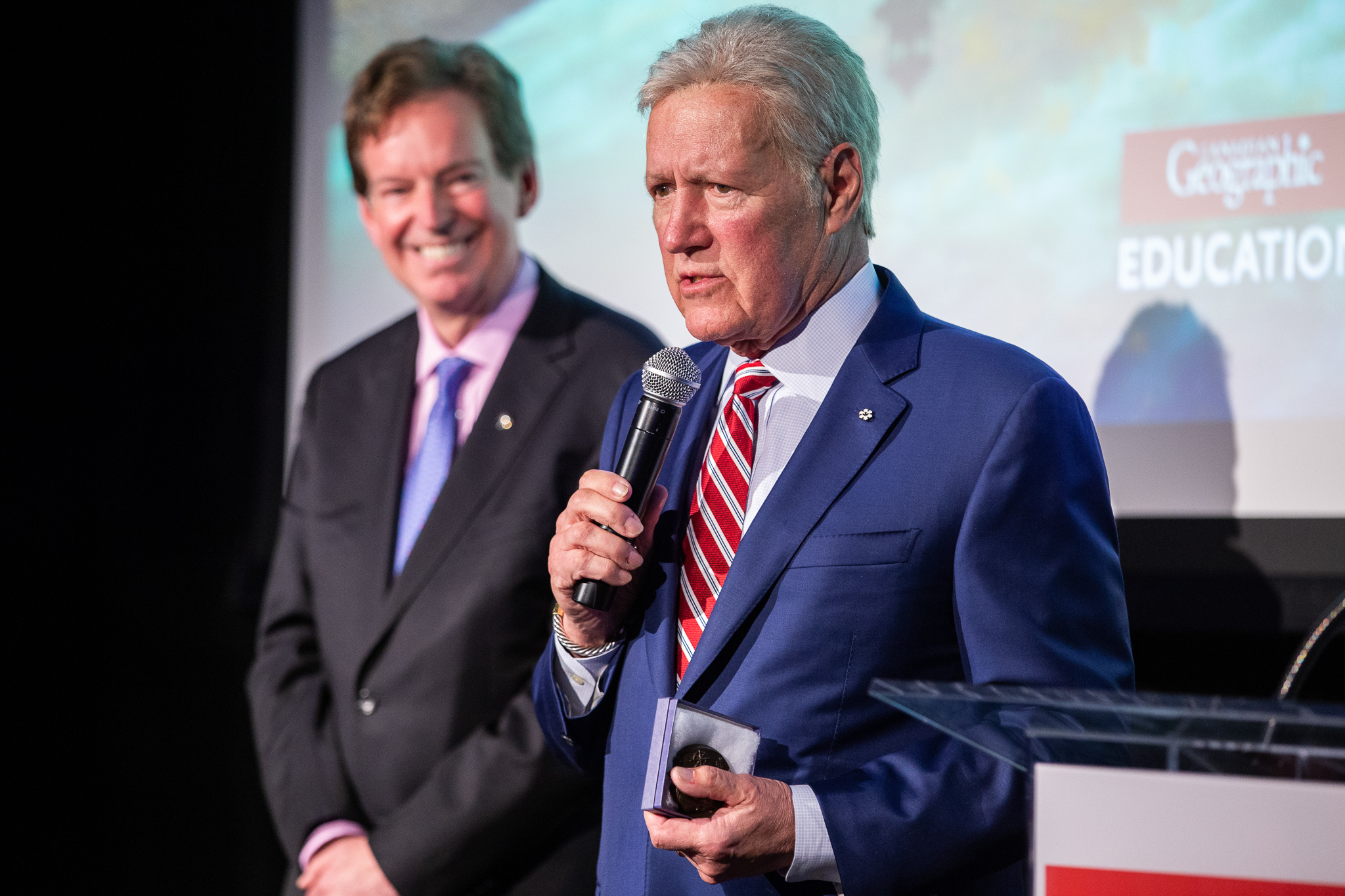